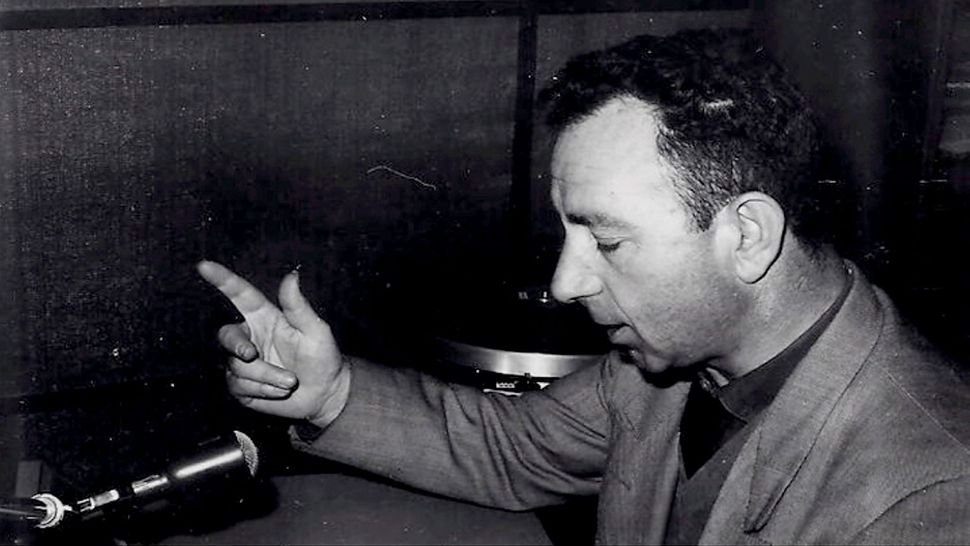 Few people today know that in the 1950s, Yiddish programming on Israeli radio had half a million listeners every evening. Even Jews from abroad would listen, including those behind the Iron Curtain, where Jews would seek out ways to listen to the banned transmissions on their transistor radios. A number of Soviet Jews who later settled in Israel said that those Yiddish programs gave them hope and actually played a role in convincing them to emigrate.

The legendary radio announcer of those years, Mikhael Ben Avraham, describes it all in this documentary about the history of Yiddish radio in Israel. With subtle humor he relates how he responded to the supervisor who told him to Hebraize his name, which was Weinappel, and how he helped develop a specific style for Israeli Yiddish radio. We hear an excerpt of one very popular broadcast: Ida Kaminska in the role of Jacob Gordin’s “Mirele Efros”. Afterwards, Ben Avraham himself reads a chapter of M. Tsanin’s historical novel “Artapanus Returns Home,” which describes the lively character of Jewish Warsaw from the perspective of a local Jewish physician.

This documentary is one of ten in which acclaimed Yiddish writers and cultural figures of the pre-war generation speak openly about their lives. The films (in Yiddish with English subtitles) were directed by award-winning writer and former Forverts editor Boris Sandler and produced through the Forward Association as a DVD series called “Monologues of Yiddish Writers”.