How Chabad Was Born In Smolensk 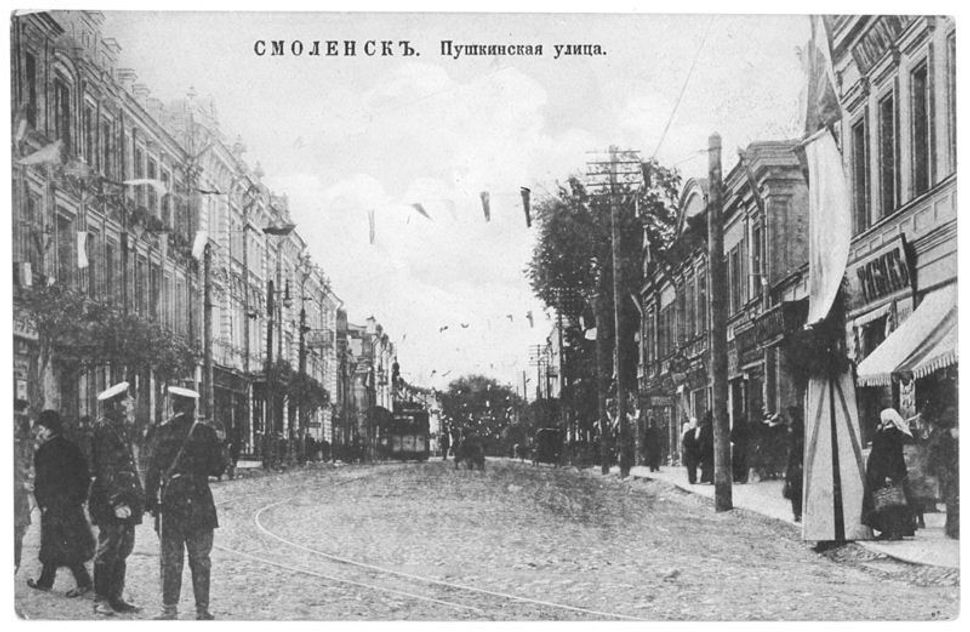 Smolensk circa WWI Image by Chabadpedia

The Russian city of Smolensk is located in a region that has historically been contested between Russia and Lithuania, which later became part of Poland. Smolensk became part of Russia following the Russian-Polish wars in the 17th century, but its Lithuanian roots left a clear imprint on the Smolensk Jewish community. It was the birthplace of Chabad Chassidus, much more closely linked to Russia than the other Chassidic sects in the Ukraine, Galicia, and Poland.

The new collection “Jews of Borderlands: Smolensk Region,” edited by Svetlana Amosova, contains historical and ethnographic research about Jewish life in Smolensk and its surrounding towns, which include Lubavitch, Krasne and Roslav. When part of Lithuania, Smolensk lay on the eastern border of what the Jews called Medinas Raysn, or the province of Belarus. As Dr. Vladimir Levin explains in his introduction to “Jews of Borderlands”, Medinas Raysn occupied a large portion of today’s East Belarus and a smaller part of West Russia. In contrast to Lithuania proper, there weren’t any big yeshivas or famous rabbis there, and the Yiddish spoken by inahbitants was mixed with Russian. Belarus entered the Russian empire earlier than other regions of Lithuania and Poland, which is why the Jews there were more engrossed in Russian life, culture and even politics. Some Jews from Smolensk who converted to Christianity played prominent roles in the court of Peter I.

Officially, Polish kings didn’t allow Jews to settle in Smolensk. But hidden among the historic testimony is a response from Rabbi Yoel Sirkis to a woman from Krakow whose husband went to Smolensk and disappeared there. From this document, dated in the year 1616, it’s clear than there were eight quora of men — a total of eighty men — in Smolensk at that time, and they also had a Jewish cemetery. (The woman’s husband finally turned up in Moscow.) The Russian army occupied Smolensk in the mid-17th century. According to the historical chronicles, they ordered all Jews to convert to Christianity or be burned. But other sources show that a number of Jews remained in Smolensk even under the Russian rule.

After the split from Poland at the end of the 18th century, Smolensk didn’t become part of the Pale of Settlement in the Russian empire. Still, Jews made up 9% of the city’s population. These were artisans and merchants who had better business there than in the Pale. Living in Smolensk, they remained close to their relatives in Belarus. Smolensk was a Jewish middle ground between the historic Jewish neighborhoods in Belarus, Lithuania and Russia itself. The main synagogue’s beautiful building is a testament to Jewish luxury in Smolensk before the Russian Revolution.

There were also active Jewish communities in the towns along the trade route from Russia to the Baltic Sea, like Krasne and Orsha. The town of Lubavitch became world-famous as the center of Chabad, a position it has held since 1813. The Polish owners of the town specially invited the second Chabad rabbi, Rabbi Dov-Ber Schneerson to settle in Lubavitch. The Rabbi’s presence attracted business and Chassidim to the town.

The third rabbi, Rabbi Menachem-Mendl, built up an elaborate net of Chabad communities and prayer groups in Belarus, Northern Ukraine and southern regions of “New Russia” like Ekaterinoslav and Cherson. Chabad always had a strong organization with a strict discipline. They instituted an effective system of collecting money through the voluntary pidyon-nefesh. It was a type of tax that Chassidim paid to the rabbi and his family. The responsibility to collect money fell on the Chabad emissaries, who visited Chabad communities every month. The rabbi’s family would invest the money in various businesses that contributed to the economic health of Lubavitch.

By the 19th century, Rabbi Sholem Dov-Ber founded Yeshiva Tomchei Temimim, which prepared a new generation of Chabad leaders. The historian Elye Luria holds that Chabad’s status as one of the most powerful and active religious doctrines in today’s Jewish world was established specifically in Lubavitch. And to this day, the Lubavitch cemetery contains a monument to the Schneerson family.

How Chabad Was Born In Smolensk