After 122 Years In Print, The Forverts Moves Forward 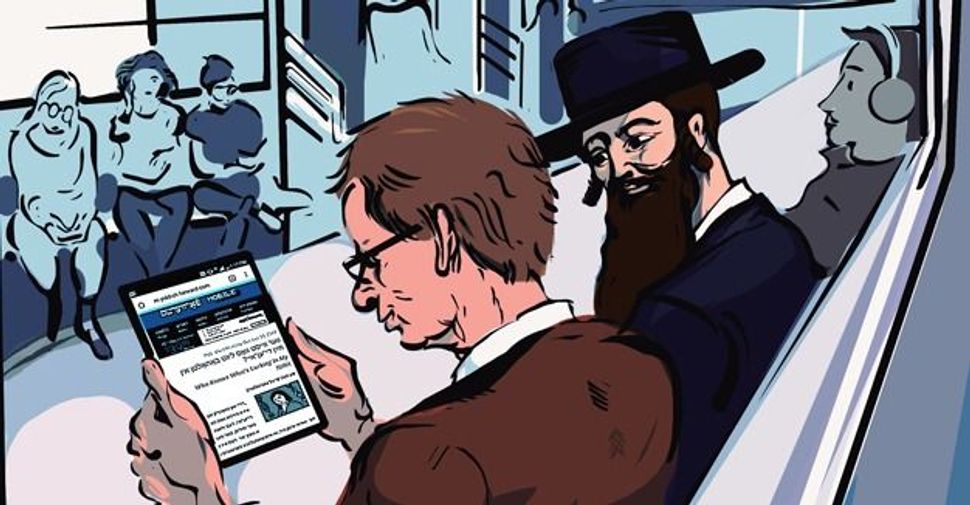 The Forward Association recently made the difficult but unavoidable decision to end the printed editions of the English and Yiddish Forward. Beginning in April, both periodicals will exist exclusively online.

The reason is sadly understandable: The cost of maintaining a traditional news organization is simply too high. Most people today read their news on their smartphones, tablets and laptops, where the news arrives as soon as it happens, and its cost is minimal.

We know, too, that many of our elderly readers don’t use the internet and will not be able to read our articles. We certainly don’t want to lose these longtime committed readers. So after the last edition in April, we’re launching a free monthly newsletter with links to 20 of the best articles of the previous month. If non-digital readers’ relatives subscribe to that newsletter, they can print out the articles for their loved ones who struggle to make the digital transition.

Ceasing the print edition is indeed the end of an era. After all, the Forverts has been producing a print publication since 1897. At the same time, though, it’s important not to exaggerate the meaning of this shift. A number of people have called or written me expressing pessimism about the future of the Forverts as if it were going under, God forbid. That’s why I decided to give you, our readers and supporters, more information about these significant changes.

First of all, the Forverts staff remains the same, and the Forward’s board remains committed to the future of the Forverts. I used to think that this might be just talk. But given our digital readership growth over the past few years — more on that, momentarily — I feel a palpable sense of optimism.

The internet has been very beneficial to us. We’ve drawn in not only Yiddish mavens, but also beginners to the Yiddish language and even those who don’t know it at all. On our website, readers can get an instantaneous translation of any word merely by clicking on it. Readers often tell us this is their favorite feature on the website.

Additionally, our subtitled videos continue to attract many viewers. From cooking shows like “Est Gezunterheyt” to humorous clips like “Yiddish Jokes With Leana” to original music videos like the Yiddish version of Leonard Cohen’s Hallelujah, which has garnered more than a million hits, our videos have thrived online.

Facebook has been especially valuable in growing our audience. In the past five years, the number of Facebook users who “like” the Forverts page has increased by 1500%. We’re not just talking about younger viewers, either. Although we haven’t surveyed the age of our Facebook users, statistics about the platform’s users in general show that a significant number of them are over 45 years of age. True, 58 million Facebook users are between 25 and 35 years old. But 35 million users are between ages 45 and 55, and 27 million between ages 55 and 64.

Whenever we post Forverts articles or videos on Facebook, we also share them with various Facebook groups that have members sympathetic to the Forverts mission. These include groups of Yiddish researchers and students; children of Holocaust survivors; Hasidic groups; klezmer music fans; lovers of Yiddish humor; and a growing number of Israelis of all ages who have recently begun exploring their Yiddish cultural roots. When these users share Forverts content with their own friends, the number of visitors to our site is multiplied.

Thanks to Facebook and Twitter, many more people are now familiar with the Forverts brand. As editor, I’m frequently invited to speak to groups both locally and around the world, both about the Forverts and about Yiddish culture in general. I recently gave three talks at the Limmud Conference in Helsinki, Finland, for example; participants there were eager to learn about Yiddish culture. Some told me they read and watch Forverts content regularly, and I hope that others will now do so as well.

In the weeks and months ahead we hope to continue growing our presence online, bringing in thousands of more readers and viewers.

In the meantime, we hope that you, our readers, will help out as well. If the Forverts is important to you, please consider sending us a donation. To ensure the gift goes directly to the Forverts, just scroll down to Gift Preferences and click on Yiddish Forverts.

Together we can ensure that the Forverts will continue to to share our treasured Yiddish legacy with readers and viewers for years to come.

After 122 Years In Print, The Forverts Moves Forward