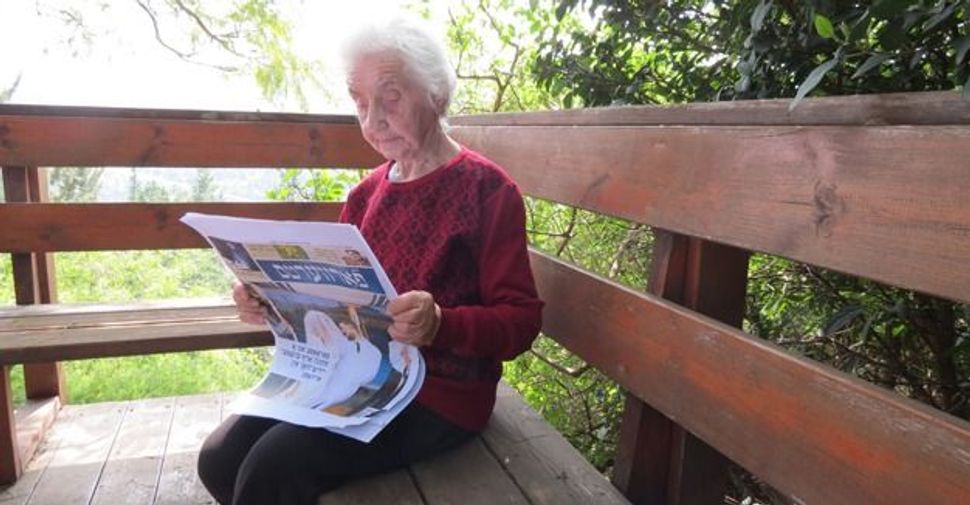 This week, Henia Ragol, a Holocaust survivor and loyal reader of the Yiddish Forverts, will celebrate her hundredth birthday. (As we say in Yiddish: May she live 120 years!)

During an interview with the Forverts, Ragol (née Kotton), a resident of a moshav in northern Israel who’s turning 100 on May 11, said that she enjoyed reading the Forverts, and in particular its articles about health. “It’s a great newspaper,” she said. “You can find everything there!”

Ragol is especially proud of her five grandchildren and seven great-grandchildren. Her 36-year old granddaughter, Maya, herself a mother of two children, said that her “savta” — the family uses the Hebrew term “savta” because another grandmother, who lives in Canada, is called by the Yiddish term “bubbe” — loves Yiddish and regrets that she never spoke it with her grandchildren. “Once she read an article in the Forverts about students in Japan studying Yiddish, and she told us: ‘You see? In the U.S. and even in Japan and China they study Yiddish, but my own grandchildren don’t know a word!’ That’s why she sings Yiddish songs with my son now,” Maya said. 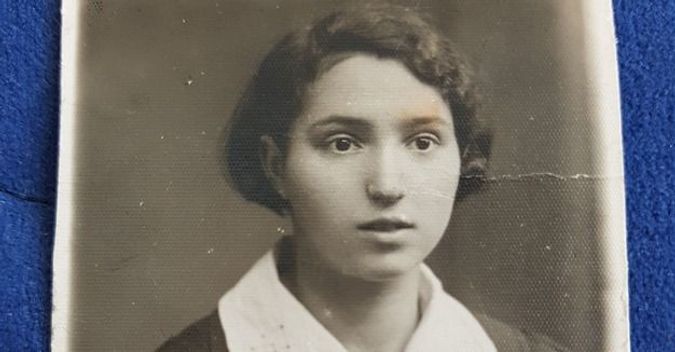 Henia Ragol at age 15, in Vilna Image by Courtesy of Ragol Family

She finds other opportunities to sing in Yiddish to her family. At Hanukkah celebrations, after they sing “Hanukkah, Oh Hanukkah” in Hebrew, Ragol insists they sing it in Yiddish too. (The Yiddish version, which is, in fact, the original, was written by Mordecai Rivesman.) Now even her great-grandchildren know the Yiddish words. “But she only sings the first stanza because she can’t remember the second one anymore,” Maya said.

Like many Holocaust survivors, Ragol experienced no shortage of miracles. She was born in Vilna on May 11, 1919, one of three children. Her father, Yitzhok, was a house custodian and her mother, Sarah-Nechama, a seamstress. Ragol, often called Henke, studied at the Simon Frug School, a Vilna girl’s school founded in 1908. Ragol said that Yiddish was taught in school, together with Hebrew and German, but that her favorite subject was gymnastics. “I really liked the sport activities,” she said.

One of Ragol’s classmates at the Simon Frug School was a girl named Freydka, who would one day become the wife of the great Yiddish poet Avrom Sutzkever. Ragol remembers that Freydka once dressed up as a newsie for Purim. 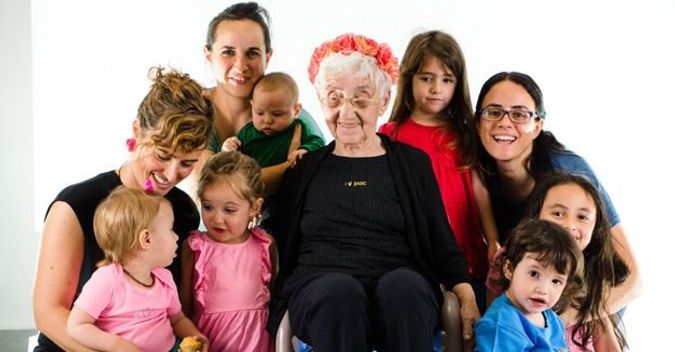 Henia Ragol with her grandchildren and great-grandchildren. Image by Courtesy of Ragol Family

In those days, Ragol was also very active in the “Bee,” a Yiddish youth group founded by the great linguist Max Weinreich, in which children between the ages of 8 and 17 learned scouting, sports and hiking and participated in musical and theatrical activities. Maya learned of her grandmother’s activities in the “Bee” when, for a “discover your roots” homework project, she asked her grandmother what she had done outside of school.

Ragol’s son, Zvi, told the Forverts that during the war his mother was in the Vilna Ghetto, where she gathered peat for heating, together with other young people, including Hirsh Glik, author of the “Partisan Hymn” (also known as “Zog nit keyn mol”). She managed to escape the ghetto and spent more than a year wandering through the forests. Thanks to her mother’s sewing lessons, she was able to knit for the peasants, who allowed her to sleep in their barns. “I was a seamstress and knitted for the non-Jews,” Ragol said. “Thanks to sewing I was able to survive Hitler.”

After the war, Ragol returned to Vilna and discovered that she was the only member of her family to have survived the Holocaust. She never found her parents, and her sister Chaya had escaped before the war to Russia, where she was sent to Siberia. To this day Ragol doesn’t know what became of her. Her brother, Mony, was murdered by Poles because he was a Communist.

In Vilna, she encountered a young man whom she had known before the war, Yehezkl Ragol, who had then just returned from Siberia. They married, raised two children in Vilna, Zvi and Nechama, and, in 1957, a year when many Jews in Vilna emigrated, they went to Israel and settled in Jerusalem. For many years Ragol worked various jobs, until she decided to study nutrition at Hadassah Hospital and received a certificate to work as a dietician.

In Jerusalem, until the age of 99, “she traveled three times a week by bus and train to buy fruits and vegetables for us,” Maya said. “If the sacks were too heavy, she would travel twice in one day. She’s always been my hero.”

Today Ragol lives in Moshav Shorashim, a community in the Lower Galilee that Zvi and his wife, Marilyn, helped found. Her apartment is close to most of her children, grandchildren and great-grandchildren. Her advanced age notwithstanding, Ragol continues to live alone. It’s not easy but she takes care of herself.

“I don’t hear well and I don’t see well but I keep going!” Ragol said with a smile. “Everyone should follow my example!”