Good News For the Forverts! 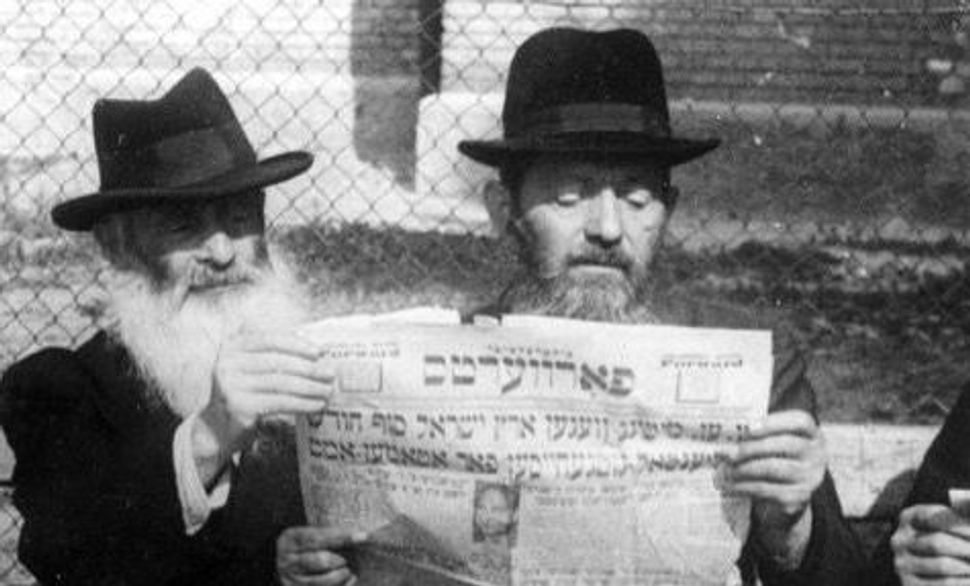 As many of you know, this has been a challenging year for us here at the Forverts – most notably, because we had to end our printed edition which had been the cornerstone of our newspaper since its founding in 1897, and transform ourselves into a purely digital publication.

This was not only due to financial reasons (in fact, the Forward has been struggling financially since 1945) but even more importantly, because younger audiences prefer to read on a screen and because digitally there are so many more possibilities for presenting content, as, for example, through video.

At first, a number of our readers and donors reacted to the shutting down of our printed edition with concern about the future of the Forverts. On Facebook, people pessimistically commented that this was a sign that the Forverts itself would close. Others emailed us questions like: “How will my mother be able to read the Forverts now, since she doesn’t use the internet?

But, as they say, when God closes a door, He opens a window.

In the months since the publication of our last printed edition, in April 2019, several wonderful things have happened. First of all, the Jewish Museum Berlin has requested permission to use one of our materials as part of their permanent exhibition on Jewish languages. They were referring to an audio recording we produced in June, of common Hasidic expressions in Yiddish, listed and explained by our writer, Yehoshua Kahane.

Museum administrator Henrike Büscher told us that the exhibition, slated to open in May 2020, will allow visitors to select samples of original audio recordings reflecting the various languages that developed in the Jewish Diaspora. Kahane’s recording provides a clear example of contemporary Hasidic Yiddish and will be accompanied by translations in German, English and several other languages. Naturally, credit for the recording will be given to the Forverts, allowing many people throughout the world to find out about us.

A second piece of good news came this summer when the Israeli youtube channel Unpacked offered to partner with the Forverts in producing a video about Yiddish shone toyves (Rosh Hashanah cards) based on a Forverts article by Rami Neudorfer. I agreed, on the condition that they use the Ashkenazi pronunciation, shone toyve, rather than shana tova, which is incorrect anyway, since shana tova refers only to the greeting, not to the card. The producers at Unpacked complied and you can see the wonderful result of our collaboration here.

In response to our website visitors who told us they understand Yiddish but don’t read it, the Forverts has begun adding audios of selected articles, read by yours truly. This feature has also benefitted Yiddish students who can now read and listen to the articles simultaneously, providing them with an opportunity to hear native spoken Yiddish and thereby help improve their Yiddish comprehension skills. As it turned out, these audios are now among our most popular content.

Earlier in the year, the Forverts received a grant of $11,000 from a crossword puzzle aficionado to create a Yiddish crossword column. Thanks to the skills of Yiddish-speaking engineer Meena Viswanath, the Forverts now posts bi-weekly crossword puzzles in mame-loshn which not only provide a fun activity for our readers but is also helping bolster the language skills of intermediate and advanced Yiddish students.

And the fifth piece of news: after a number of Forverts visitors told us that they would like to donate to the Forverts but only if they were sure that the gift was earmarked for the Yiddish Forward, our tech team drew up a page for donations specifically for the Forverts. Donations have already started coming in (thank you to all our supporters!) and one gift was especially moving: in a warm letter accompanying the $2,000 gift, the donor explained that although she herself did not know Yiddish well, she was donating to the Forverts in memory of her mother who was a dedicated Yiddishist.

Good News For the Forverts!