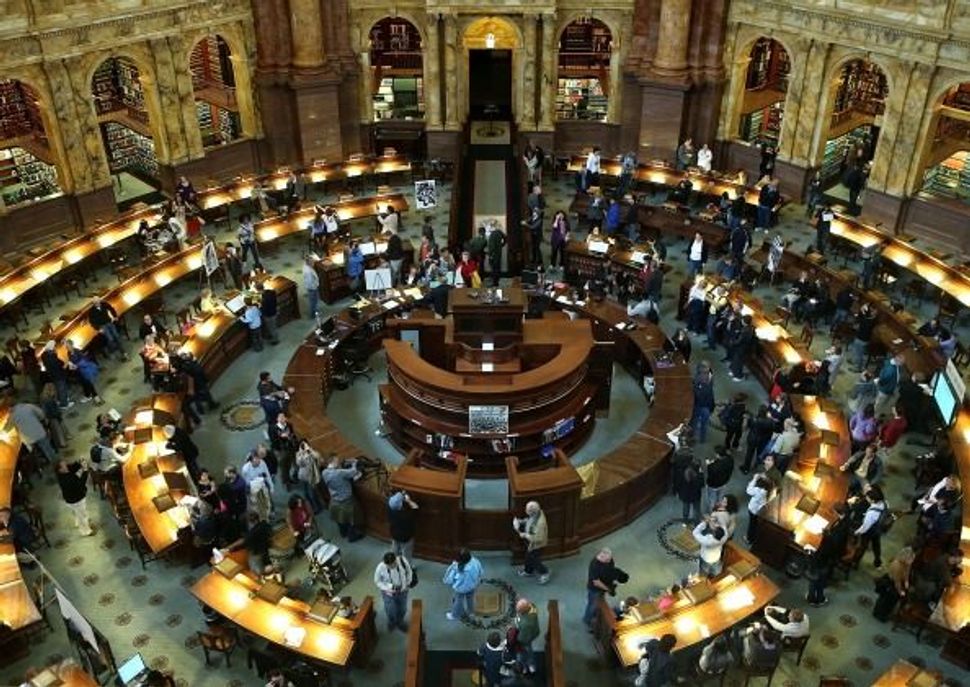 The Library of Congress in Washington DC, the de-facto national library of the United States, is the largest library in the world. Among the 38 million books, 70 million manuscripts and countless photographs, maps, recordings and letters in its holdings (some 167 million items in total), are about 200,000 books in Yiddish, Hebrew, Ladino and other languages written in the Hebrew alphabet. Of these, some 2,600 volumes Yiddish books that remain uncatalogued.

In order to acquaint university students with the Library of Congress’ work, the organization runs a prestigious summer fellowship program for college students and recent graduates. Among the 35 projects that junior fellows can apply to work on next year is cataloging the 2,600 as of yet unsorted Yiddish books. The Library of Congress is seeking a current undergraduate or graduate student or a recent graduate who can read Yiddish well and is available to spend 10 weeks (late May till late July) in Washington DC. The fellow will receive a stipend of $450 dollars a week and training by Library of Congress staff.

Applications will be accepted until December 20th.. Applicants must submit a resume; a letter outlining their qualifications and their reasons for applying; two letters of recommendation and academic transcripts.