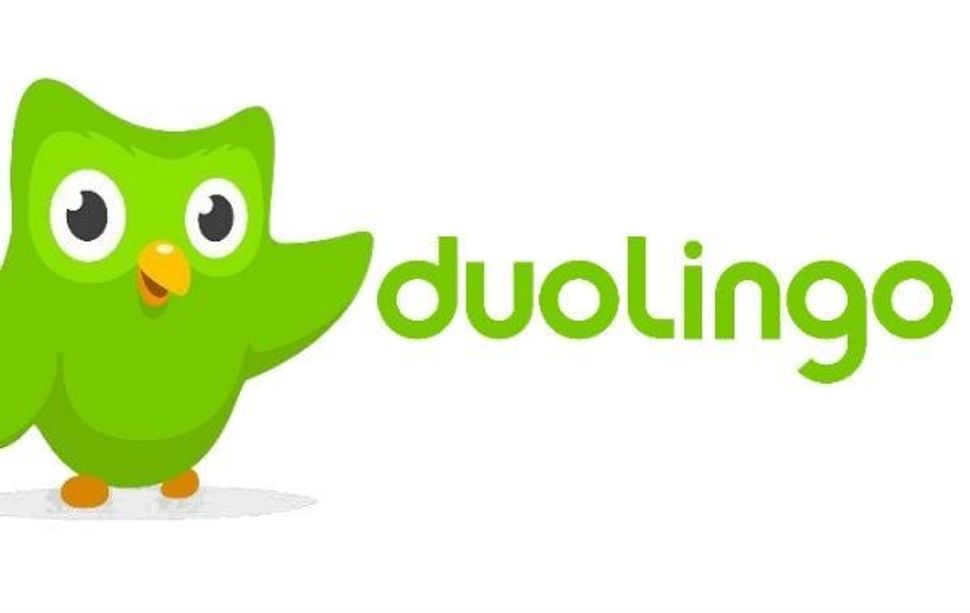 It’s not every day that Yiddish dialectology becomes the subject of intense debate on Facebook and Twitter. But that’s just what happened recently when the creators of Duolingo Yiddish turned to the public to vote on how the language ought to be pronounced in their new course. While the question may seem restricted to the realm of linguistics and language pedagogy, the surprisingly heated debate is also at the heart of larger questions of identity among Yiddish speakers.

With some 300 million users, Duolingo is the world’s most popular language-learning website. Its courses, which use videogame-like software to incentivize memorization, are popular not only among students seeking to learn major international languages like English, Spanish or Chinese, but also among those hoping to become acquainted with lesser-spoken tongues like Welsh, Irish and Hawaiian. In fact, so many people have used Duolingo to study Welsh and Irish that there has been a notable increase in interest in them outside the languages’ homelands. Some Yiddishists hope that a Yiddish Duolingo course would have a similar effect, providing prospective Yiddish students with a good introduction to the language that could whet their appetite for formal classes and immersion programs.

Duolingo courses are created by volunteers. Among those currently working on the project are several ex-Hasidim from the United States and native Yiddish speakers from Australia and New Jersey who were raised in Yiddishist homes. While the Yiddish Duolingo volunteers all agreed on following the spelling conventions and grammar of standard academic Yiddish, they were unable to decide which dialect to use for its pronunciation. Some felt that it was best to use a Hungarian Yiddish pronunciation since that is the predominant dialect among American Hasidim. Others supported the standard Yiddish pronunciation typically used in academic courses, arguing that it is easiest to teach, as its phonology is the closest to how Yiddish is written. Still others proposed a compromise: teaching the Ukrainian Yiddish pronunciation that was historically used in Yiddish theater.

As soon as the course creators launched the poll, it became a source of fierce debate. Facebook and Twitter were inundated with hundreds of posts and tweets debating the pros and cons of the various proposals and even some protests by proponents of Lithuanian Yiddish, who wanted their dialect to be listed as an option too.

Although the debate has been intense it’s also been remarkably good-natured. Some Twitter users created memes promoting their preferred dialect and shared jokes about the issue. (One example: a tongue-in-cheek tweet arguing that Bernie Sanders doesn’t care about his Jewish identity, since his campaign has yet to weigh in on whether Duolingo should use the formal academic Yiddish pronunciation or the Hasidic one).

Meena Lifshe Viswanath, a civil engineer and native Yiddish-speaker from a Yiddishist family, and one of the more active Duolingo volunteers, told the Forverts that as of the second week of November, more than 3,400 people had voted in the poll.

No matter which pronunciation scheme is eventually adopted, the debate surrounding the Duolingo course is telling. First, it shows that there is a sizable group of people for whom the matter is important and many potential students for the course. Secondly, the debate is best understood as being not only about language pedagogy or Yiddish dialects, but also about identity. The main question motivating the debate is: why should a contemporary Yiddish student study the language? To speak with Hasidim? To read (mostly) old books? To conduct genealogical research?

Related to this question is another point of debate: to whom does Yiddish belong today? Should it be considered only the language of those who speak it on a daily basis (primarily Hasidim), or is it also a language of students and professors, translators and artists who write, research, and create in Yiddish but don’t necessarily use it as their daily vernacular language.

Regarding these questions, the volunteers working on the course note that they hope to create a language program that is useful to people from all of these groups; that appeals both to a student hoping to speak to Hasidim and to one who wishes to read the works of Sholem Aleichem or Isaac Bashevis Singer in the original. But as we say in Yiddish: “How does the cat get across the water?” What’s the best solution to the Duolingo dialect debate?

Just like 100 years ago, when standard literary Yiddish emerged, the final decision will probably need to be a compromise. Standard Yiddish is itself a mixture of elements taken from different dialects (a mostly Lithuanian-Yiddish pronunciation mixed with the grammar of the southern dialects), and adopting a new standard for Duolingo would entail further compromises. Using a Hungarian Hasidic pronunciation while maintaining the more conservative grammar of standard Yiddish that is foreign to most Hasidic Jews would in and of itself create a new standardized dialect of sorts, or, for lack of a better term, a “Duolingo Yiddish.”

Such a move is not without precedent. Arabic dialects are far more divergent than English or Yiddish dialects; in some cases the differences are greater than those between Spanish and Portuguese. While Modern Standard Arabic, an idealized form of the language based on the grammar of the Quran, is typically taught in formal classes, the creators of Duolingo Arabic sought a different path. Deciding that Modern Standard Arabic was too far removed from the day-to-day speech of the masses and often incomprehensible to those with little formal education, they chose to adjust the language in their course to more closely match colloquial speech.

So which Yiddish pronunciation scheme should be used for the Duolingo course? I’m not a language teacher, but I am someone who has learned the language to fluency. Having started with standard Yiddish (and now writing in it for a living) I have found that it is easy to begin by learning the standardized Yiddish pronunciation and subsequently adjusting to the pronunciation of native speakers of other dialects. My own two cents (or groshns as it were) is to use a standard Yiddish accent for the program’s main voice and to acquaint students as much as possible with a variety of Yiddish accents with a particular focus on the Hungarian pronunciation used in American Hasidic communities. (The pronunciation used by Hasidim in Belgium and even more so in Israel is different from the Hungarian pronunciation used in America, but such distinctions are probably beyond the scope of an introductory course).

No matter which pronunciation scheme receives the most votes, let’s hope that the Duolingo course will appear soon and serve as a good introduction for those wishing to learn Yiddish and converse with native speakers.