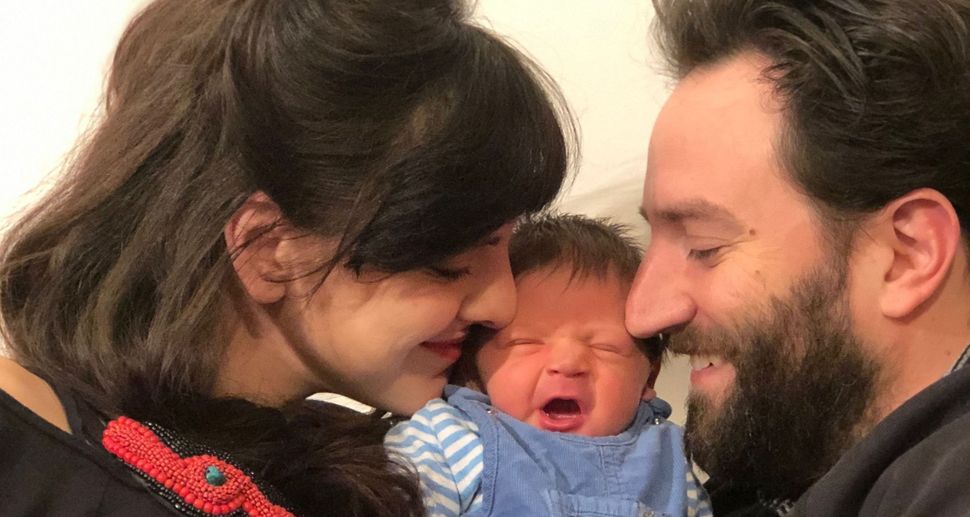 This week, mazel tovs are echoing in Yiddish social media over the news that klezmer musician Daniel Kahn, star of the hit video of Leonard Cohen’s “Hallelujah” in Yiddish, and his wife, Yeva Lapsker, a translator and dancer, had their first child in Berlin. The boy was born on December 16th, weighing in at 3090 grams (6 pounds, 13 ounces).

During a private ceremony on December 28 led by cantor Sveta Kundish, the boy was named Leyb Aaron Yosef. His English name will be Leon. Because of Kahn’s Yiddish bond and Lapsker’s Russian-language roots, there’s an assortment of other names the child might be called in the future, Kahn explained in their birth announcement, including Lev, Leyb, Liova, Liovushka, Leybke, Leo and Lee.

Kahn, who heads the klezmer band “The Painted Bird,” is known for his acclaimed Yiddish translation of Leonard Cohen’s “Hallelujah.” A recording of Kahn performing the song in a video produced by the Forverts and released two days after Cohen’s passing, has been viewed more than 1.4 million times.

Kahn is also known for his performances in the Yiddish theater. He played Biff in the widely praised 2015 Yiddish production of “Death of a Salesman” and the Jewish revolutionary, Perchik, in the Folksbiene’s smash-hit Yiddish revival of “Fiddler on the Roof.”

Kahn and Lapsker celebrated their engagement in a joyful open ceremony at the “Yiddish New York” festival in December 2017 and were married in Berlin in September 2018.