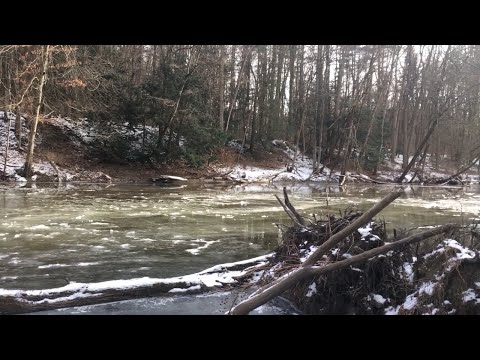 Adah Hetko has earned a reputation in the world of Yiddish and klezmer music for her fresh approach to Yiddish songs, combining influences from popular American folk singers of the 1960s with her own English translations to create a musical experience that bridges Eastern Europe and American folk music.

In September, the Yiddish Forward released a studio performance of her take on the Yiddish love song, “It’s Dark Outside”, in which she sang a duet with Allison Posner. Hetko’ father, Joe Hetko, accompanied the duo on guitar.

Hetko and Posner studied together at Indiana University where Hetko was working on her masters degree in Jewish Studies and Posner was a doctoral student in comparative literature with a concentration in Yiddish. Hetko is not only a performer but also a scholar of Yiddish folk music and wrote her thesis on the topic “Contemporary Yiddish Women Singers and their Development of Yiddish Identity”.

Last week, Hetko and her band, Burikes (“beets,” in Yiddish), released a music video featuring Abraham Sutzkever’s Yiddish poem, “Sylvan”, which Hetko recently set to music. The Yiddish text, a paean to the woods and the beauty of nature, is accompanied in the video by Hetko’s original English translation.

Sylvan, a fairly uncommon English word meaning “of the woods,” is an exact Yiddish equivalent of Valdiks, which is the title of both Sutzkever’s poem and the 1940 poetry collection in which it first appeared.. Shortly after its publication, Sutzkever was interned in the Vilna ghetto, where he participated in clandestine efforts to save tens of thousands of Jewish books and continued writing poetry.

After escaping from the ghetto shortly before its liquidation, he fought among the Jewish Partisans in the surrounding forests, continuing to record his experiences through poetry, a vocation which he ultimately credited with his very survival.

The music video for “Sylvan” was shot in the woods surrounding Northampton, Massachusetts, not far from the Yiddish Book Center, where Hetko worked as a fellow and where several members of Burikes have taken Yiddish classes.