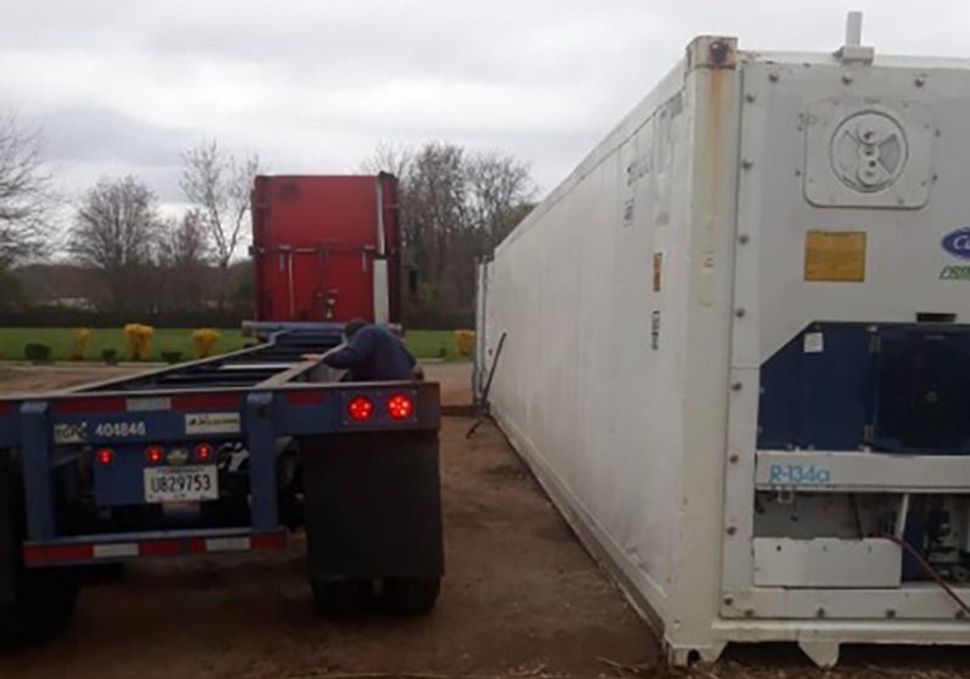 The non-profit organization that provides free, traditional burials for the Jewish poor has had to buy a massive trailer to manage the high volume of deaths caused by the coronavirus pandemic.

It holds more than a dozen bodies, and the organization doesn’t have enough people or time to bury them all today. Some will remain in the trailer until after the Passover holiday ends on Thursday night. The association is burying the bodies as quickly as possible, in accordance with Jewish law.

Since March 16, the Hebrew Free Burial Association has handled the bodies of about 110 Jews who can’t afford a Jewish burial — which consists of a ritual cleaning and interment in a Jewish cemetery. That’s up from less than 30 in a typical month before the pandemic. 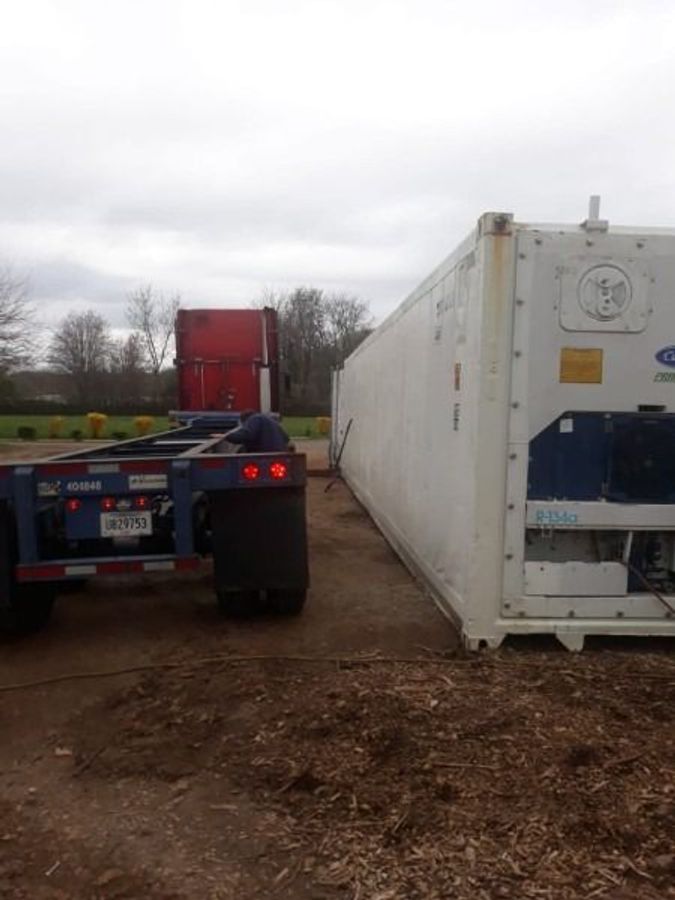 Hebrew Free Burial Association’s staff and board originally thought a four-person “standalone morgue” — essentially a refrigerator — would be enough to handle the anticipated surge in deaths among the population her agency serves.

A four-person standalone morgue — essentially a refrigerator — was not large enough to hold the number of cases that Hebrew Free Burial Association (HFBA) has had to accommodate.

It wasn’t. The group has now bought a 40-foot refrigerated trailer, parked at the organization’s Mount Richmond Cemetery on Staten Island. It stands between a rig and a dumpster.

The Hebrew Free Burial Association is a 132-year-old organization, originally founded to serve New York City’s Jewish immigrant community. Today, it buries Jews whose families can’t afford to provide a funeral for them, or individuals — usually elderly and subsisting on government services — who have no family. In those cases, a nursing home or social worker contacts the association.

Built by the air conditioner manufacturer Carrier, the trailer runs on a black generator. It’s virtually identical to the 85 vehicles sent by the Federal Emergency Management Agency (FEMA) last month, and which are now parked outside medical centers across New York City and Long Island.

“It’s not a pretty sight,” Koplow said. “But the trailer buys us time.”

Barbara Finkelstein is a freelance writer based in New York City.

Correction, April 27, 3:15 p.m.: An earlier version of this story stated that the Hebrew Free Burial Association rented its trailer; in fact, it bought it. Also, it was the group’s staff and director who thought originally that a four-person standalone morgue would be sufficient to handle the spoke in bodies, not the executive board, as previously stated.