Mikhl Baran, American Yiddish cultural icon, who fought Nazis at the age of 17, has passed away 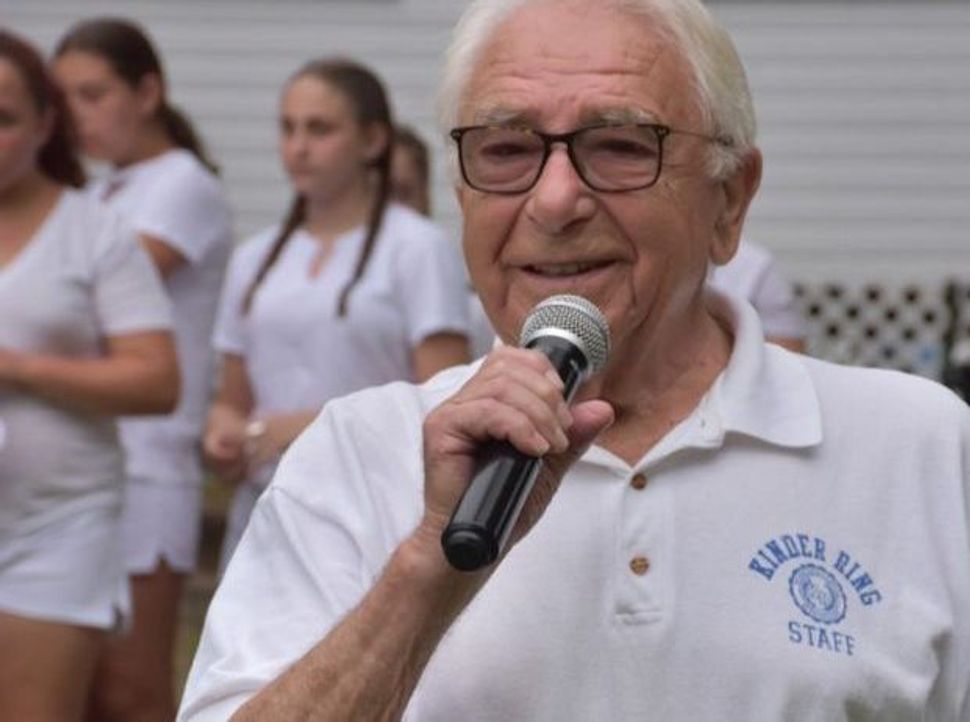 Baran was born in Oszmiana (Oshmene, in Yiddish), Poland in 1922. In a 2018 profile he recalled the tensions in the town between those who espoused Yiddish as the everyday language of the Jewish people and those who insisted on promoting Hebrew. After completing a traditional cheder where the medium of instruction was Yiddish, his parents enrolled him in a Hebrew day school but he refused to speak the language. After two years, his parents reconsidered and enrolled him in the Vilner Real Gimnazye, one of the crown jewels of Vilna’s secular Yiddish school network. Despite his early aversion to Hebrew, Mr. Baran learned the language to fluency and remained a staunch Zionist and supporter of Israel throughout his life.

After the Germans invaded Ozmiana and forced the Jews to move into a ghetto, Baran managed to escape and join the Red Army. He was 17. For the next four years, he fought the Germans, including a stint on skis, as he hunted down Nazi officers behind enemy lines in the mountains.

In 1944, he was among the Soviet soldiers who liberated Majdanek, the first major death camp freed by allied forces.

After returning to Vilna, Baran reunited with Millie Persky, whom he knew from his hometown, and the couple married in Lodz in 1946. They would remain together for three-quarters of a century. After five years in the Foehrenwald displaced persons camp they settled in New York, where he found work as an upholsterer. The couple became active members of the Workmen’s Circle (now called the Worker’s Circle) while Baran studied education and Yiddish pedagogy at the Jewish Teacher’s Seminary.

From 1959 to 1978 he was the director of the Bundist summer camp, Camp Hemshekh, where most of the attendees, especially in the early years, were children of Holocaust survivors and Yiddish culture and Holocaust remembrance were pillars of summer life.

In later years, Baran taught Jewish history and Yiddish songs at the Workmen’s Circle’s Camp Kinder Ring, where he was a steady presence in the lives of thousands of campers until 2019. Besides his work as an educator, tens of thousands of New York Jews knew Baran from the Forward’s radio station WEVD, where he hosting several programs for decades. After the radio station folded, he continued to appear on the Forward Association’s flagship Yiddish radio program The Forward Hour until 2012.

In 2018, a group of former Camp Hemshekh attendees honored Baran at a reunion in New York. In an emotional ceremony, he was presented with a plaque and told by dozens of former campers about the profound influence he had on their lives. He told the assembled crowd about his experiences liberating Majdanek, how his unit had found only 500 living prisoners amid the ashes of the tens of thousands who had perished. He went on to explain how educating children about Yiddish and Eastern-European Jewish culture had helped him cope with the horrors he had witnessed.

In January of this year, Mikhl and Millie Baran appeared on The View to speak about their experiences during the Holocaust.

A video of Mikhl Baran speaking at the annual memorial for Vilna Jewry at the YIVO Institute in 2019 can be viewed here.

A video released in remembrance of Michl Baran by Camp Kinder Ring can be viewed here.

Mikhl Baran, American Yiddish cultural icon, who fought Nazis at the age of 17, has passed away