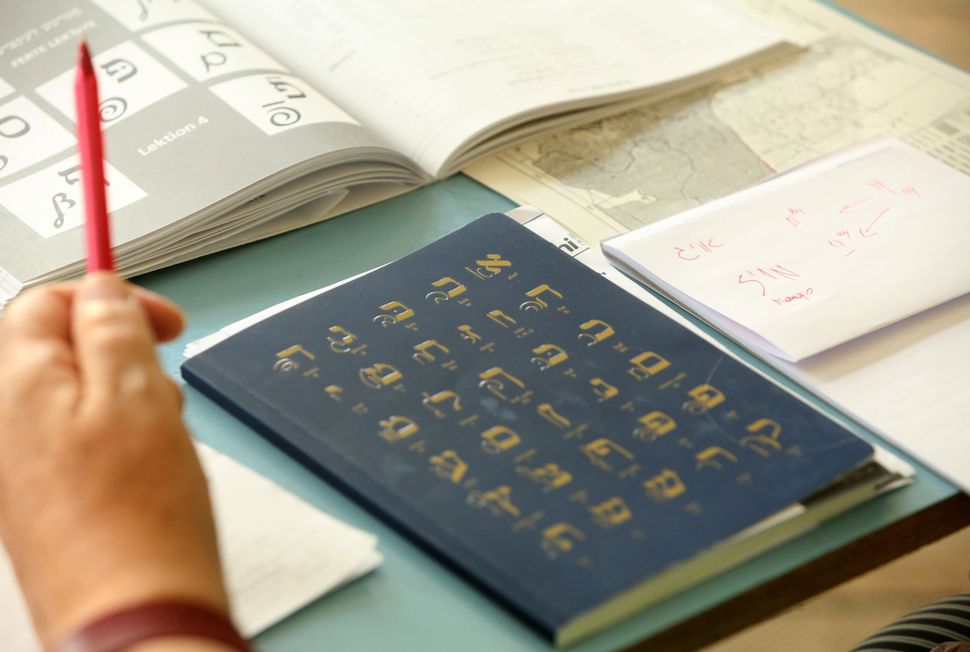 Last year, to get to his classes at the YIVO summer program in Yiddish language and culture, Dan Shore took the 6 train from the 92nd Street Y’s student dorm on the Upper East Side to the Center for Jewish History’s building on 16th street.

This year, his commute to the program, which ended last week, looked different. Shore, an opera composer and teacher at Berklee College of Music, who usually splits his time between Arlington, Virginia, where his wife plays oboe in a military band, and Boston, where he teaches, is riding out the pandemic in a rural farmhouse in Luray, Virginia. Each morning he walked a few steps from his bedroom to his office to attend classes. Unlike last year’s summer program in the hustle and bustle of Manhattan, this summer he drew his water from a well and could hear cows mooing. When it rained, the Internet, which he gets via a satellite dish mounted on a roof, slowed to a trickle.

“It’s totally different than going to Union Square every day,” Shore said. “It’s all just bizarre and miraculous to me. My great-grandparents would have understood the well, the cows, the farmhouse and the Yiddish. But not the computer or Zoom.”

Online classes were not the only way in which this year’s summer program, YIVO’s 53rd, was different from previous years. When Ben Kaplan, YIVO’s director of education, and David Braun, the program’s academic director, saw in April that the coronavirus crisis would prevent face-to-face instruction in New York, they knew that they would have to reinvent the program altogether.

They couldn’t have anticipated the response. “We had to add sections to accommodate everyone. We had to nearly double the number of teachers,” Kaplan said. “And all at the last minute.”

For Braun, it was confirmation of a long-held principle. “I always thought: ‘If you build it they will come,’” he said.

All told, 120 students attended the program, a 60% increase over last year. Participants hailed from 14 countries and 23 states. The youngest was 16. The oldest, 84.

“We could not have educated this many students in the Center for Jewish History’s building,” noted Kaplan. 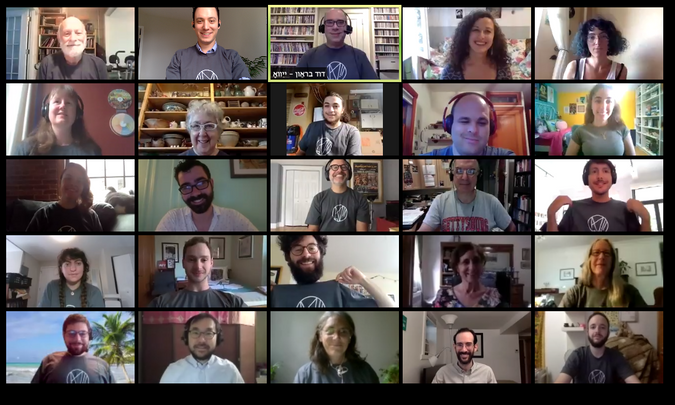 David Braun and Ben Kaplan speak to a Yiddish class over Zoom. Image by YIVO Institute for Jewish Research

In order to accommodate students on the West Coast, classes were started an hour later than usual, at 10:00 AM Eastern instead of 9:00 AM. By the time classes ended, it was past midnight for many of the students in Europe and Israel.

Time differences, however, were a minor inconvenience compared to the task of migrating the whole program online. Besides onboarding additional teachers at the last minute, all of the lessons had to be reimagined for online instruction. That said, the program’s move to Zoom provided opportunities not available during face-to-face instruction. Teachers could use multimedia resources more effectively than in an analog class, and Zoom’s breakout room feature made conversation practice more manageable.

“In some ways it’s better than a normal classroom,” Kaplan said. “At the Center, we can’t just send students in and out the classroom to chat in smaller groups. But on Zoom you can do it instantly.”

To encourage students to meet one another and hang out outside of class, the program created special “krayzlekh,” informal discussion groups built around common academic interests, including music, linguistics, theater, history and library science.

Caroline Emig, a doctoral student at the University of Regensburg in Germany, where she is completing her PhD thesis on the Soviet-Yiddish poet Leib Kvitko, enjoyed taking the subway last summer and visiting Central Park. It was her first time in America, and she took full advantage of the program’s field trips to the Tenement Museum and the Mount Carmel cemetery, where Sholem Aleichem and a score of other famous Yiddish writers are buried.

“The social experience is really different this year,” Emig said. “After six or even eight hours on Zoom, you just don’t have the energy for it. Last year we were always hanging out in the hallways and people would organize spontaneous trips to get a drink at a bar or visit Central Park. There’s a lot less opportunity to get to know students from the other classes.”

“You see your classmates’ faces, but it’s not the same as seeing them face-to-face,” Shore, the opera composer, added.

Both Shore and Emig emphasized that the program was as rigorous as last year.

“I have spent a lot of time in school in classes,” Shore said. “I have three degrees and a Fulbright, and the YIVO program was the most comprehensive and exhausting educational program I have ever been a part of.”

The coronavirus crisis was felt in the curriculum as well. As part of Miriam Trinh’s advanced literature seminar, Shore and Emig read several short stories by I.L. Peretz featuring cholera outbreaks. They discussed folk remedies to combat cholera, black weddings in graveyards held to trick the angel of death and even cholera exorcisms, in which rabbis tried to banish the illness as if it were a demon.

All and all Braun thinks the program was a great success.

“We all had to make do under trying circumstances,” he said. “We were able to enrich our lives when everyone is so socially isolated. We all grew as teachers and students.”

Even so, he and Kaplan hope that the program will be held in New York next year.