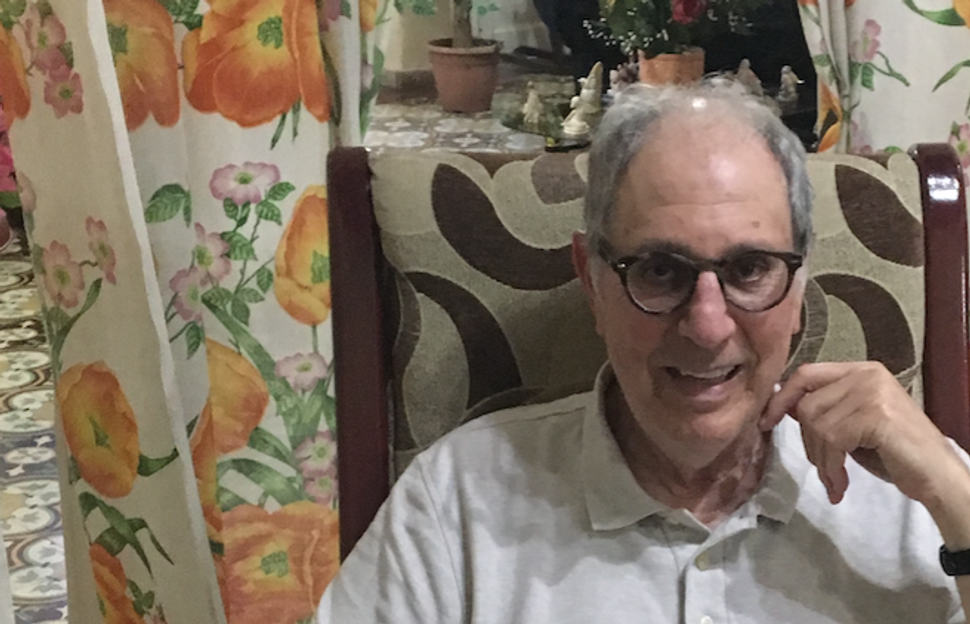 Of the many stories my father has told me about his past, my favorite is the one about the day he became an American citizen. It was February 17, 1967. My dad sat inside the Middlesex County Courthouse in New Brunswick, New Jersey, alongside a mosaic of others, waiting to be called before the judge. The judge would pronounce him an American. Not just a Latin American, but a full-fledged American.

My father had been anticipating this moment since the summer of 1960. It was a year after the Cuban Revolution, which had deposed the corrupt government of Fulgencio Batista. My dad had supported La Revolución, hoping it would end authoritarian rule and usher in representative government. He had even given pro-Revolution speeches at Louisiana State University, where he was a student because his previous school—University of Havana—had closed following police suppression of anti-Batista student protests. LSU offered cheap tuition, proximity to Cuba, and a superb sugar engineering program.

When my dad arrived home for summer break in June of 1960, my Abuelo met him at the Camaguey airport. During the drive home to what was known in pre-Revolution times as Central Macareño, Abuelo explained that my dad had no future in Cuba and should return quickly to the States. “This Revolution has brought not just a change in government,” Abuelo sighed, “but the destruction of Cuban society.”

My father was stunned. “What about the stores?” he asked. Abuelo had two stores in Macareño, a dusty sugar mill town in the southernmost part of Camaguey Province. After emigrating to Camaguey from Silivri, Turkey, Abuelo became a traveling dry goods salesman. He found success in the rural south where items were hard to come by. Eventually, he, my Abuela, and my three-year-old father relocated there. 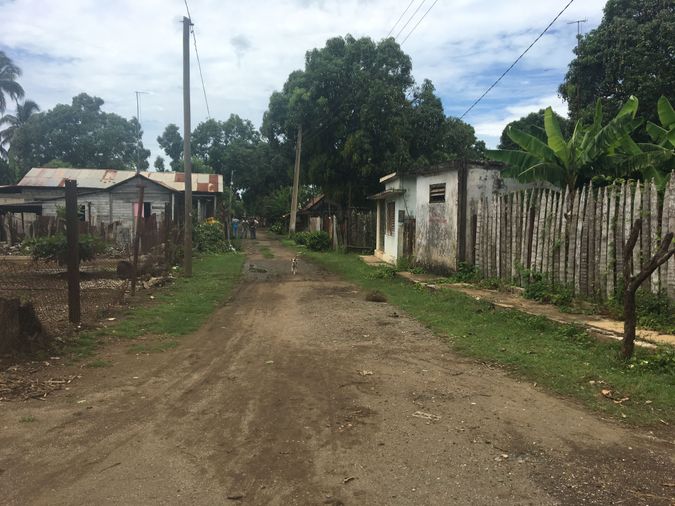 The street in Macareño where Enrique Levy grew up.

In Macareño, Abuelo set up shop in their ramshackle three-room house. He later grew his business into two stores. He sold everything from textiles to toiletries, largely on credit. Abuelo was well-known in Macareño, both because of the stores and because his was the only Jewish family there. Not knowing what to make of the family, the townspeople affectionately dubbed them Los Moros—the Moors—a nod to their Sephardic heritage. My 6’5” father, Enrique, was Enriquito el Morito.

As they traversed the rutted road to Macareño, Abuelo explained that the stores would soon be expropriated by the government. “They are worth nothing,” he said with resignation. He pronounced my father lucky to have an American student visa. “You must complete your studies and find a job.” Abuelo said. “Your future is in the USA.”

Early that July, Abuelo drove my father back to Camaguey. There, my father boarded a bus for the eight-hour trek across La Isla to his aunt’s apartment in Havana Vieja. Days later, he departed for the José Martí International Airport. He left behind his parents, grandmother, aunts and uncles, cousins, and friends, not knowing if he would see them again. 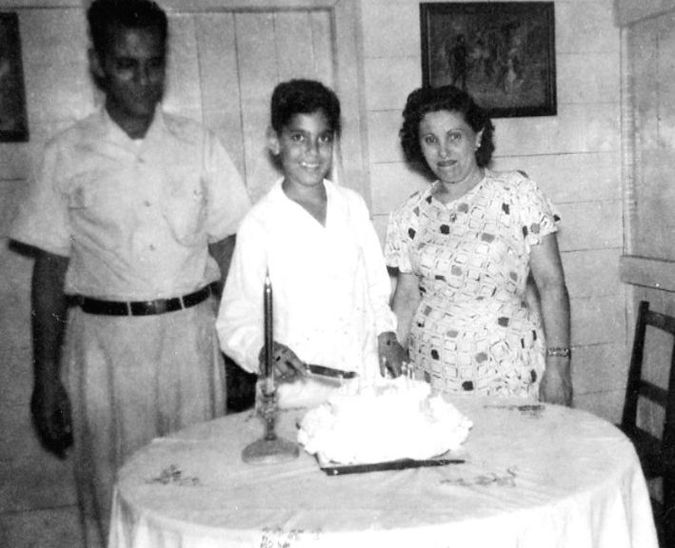 Enrique Levy celebrating his birthday with his parents. Image by Yael Levy

With only $70 that my Abuela had secreted under the insole of his shoe, my dad flew to Miami. He spent the following weeks crashing at the home of fellow Cuban exiles. It was too early to return to the university, and he didn’t have enough money to get through the summer.

A month later, my dad drove to Baton Rouge. As he traveled through rural Southern towns, much like Macareño, he strategized about how he could stretch his $70 until he could find part-time work that would cover expenses.

Seven years later, my father sat in the New Jersey courtroom. In the gallery was his pregnant wife, the Bronx-born daughter of Hungarian Jewish immigrants. To his right was a Slavic-looking gentleman. My father stole a glance at the man’s documents. They displayed a name with many consonants and few vowels. My father’s own papers bore his birth name, Enrique Levy Perez.

When a naturalizing citizen adopts a new name, he is summoned before the judge by that designation. As my father awaited his turn, the clerk intoned the name of the next American. “Mr. James Bond!” rang out in the courtroom. To my father’s astonishment, his neighbor with the consonant-rich name rose, strode over to the bench, and took the oath of citizenship. When Bond returned to his seat, he jabbed his index finger into his own chest and proclaimed, “Double-O-Seven!”

Eventually my father’s turn came. The clerk intoned, “Enrique Lee-vee!” My father had Americanized his surname by dropping Perez. But he retained the name Enrique. Over the years, however, colleagues would address him as Henry. It was jarring. Henry evoked a jeans-and-t-shirt-clad guy who took his kids to baseball games and bought them hot dogs. My father, who had attended a Methodist boarding school, wore pressed button-down shirts and slacks. Instead of attending ball games, we flew to Miami each August to visit my grandparents. With help from HIAS, my dad had finally gotten them out of Cuba by securing Israeli visas and tickets for a flight to Tel Aviv—which happened to stop in Miami.

In January of 1999, my father finally returned to Cuba. Forty years had passed since his exile; thirty since his naturalization. My, brother, husband, and I accompanied him. We traversed the island, visiting places that held significance in his life. And he maintained his composure—until we entered the crumbling Chevet Achim synagogue in Havana Vieja, where he was bar mitzvahed. As we stepped into the sanctuary, he was overcome by an image of his grandmother, Zimbul Perez, sitting in the pews. That’s when he broke down and cried. He mourned his prematurely-terminated youth and all the people he never saw again after 1960. 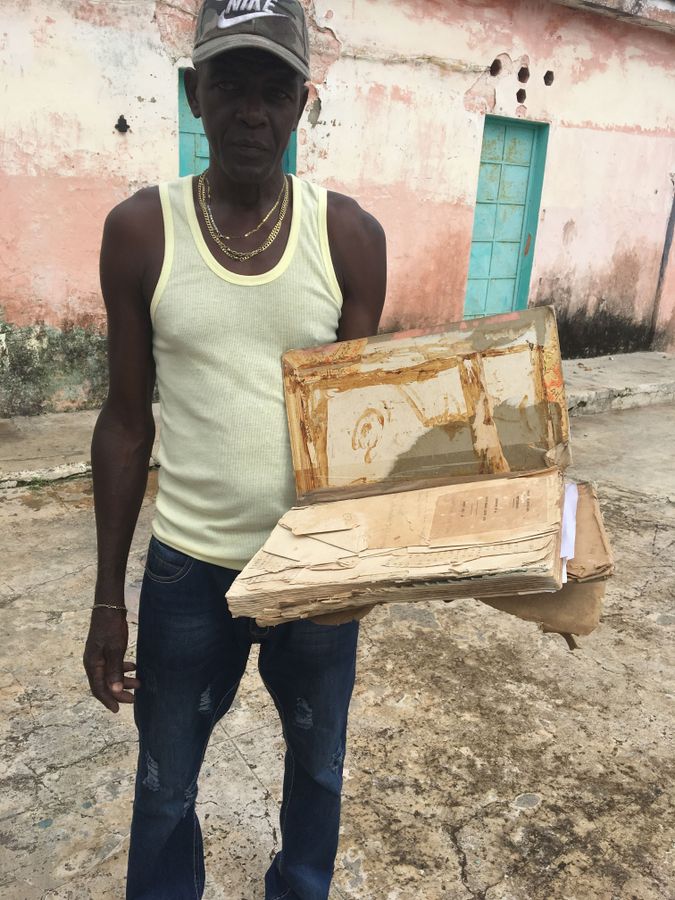 The caretaker of Havana’s Chevet Achim cemetery with his list of graves. Image by Yael Levy

Later, we visited the children’s section of the Havana cemetery where his baby brother Isaac lay buried in an unmarked grave. By consulting a large decomposing text with a list of names and location references, the caretaker located Isaac’s burial site. My father stood beside his brother’s grave and said Kaddish. He then paid the caretaker to restore the headstone.

We also visited the Camaguey Jewish cemetery—the final resting place for much of my Abuelo’s family. There, after brushing aside dust, I finally saw the grave of the woman whose name I bear—my great grandmother, Vida Levy. As I placed a rock on the faded headstone, the strange middle name I had so reviled began to suit me. 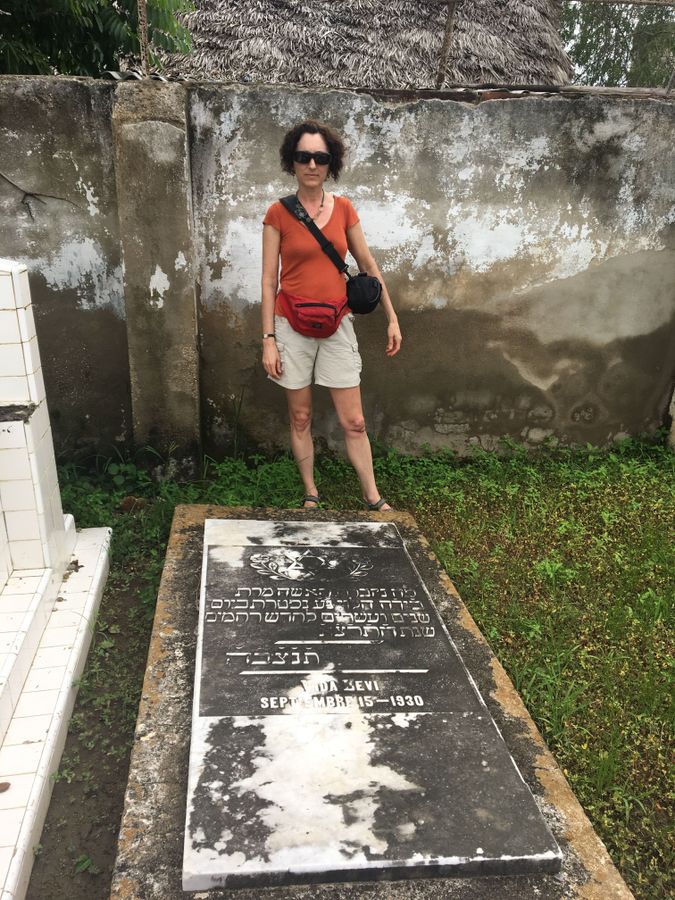 Yael Levy at the grave of her great-grandmother, Vida Levy. Image by Yael Levy

When we returned home, and the plane touched down in Miami, my father applauded loudly and exhaled deeply. It struck me that he had essentially been holding his breath all eight days of our journey. I turned to him and asked, “Dad, were you scared while we were in Cuba?” He responded, after a long pause, “Yael, the United States is the greatest country in the world.” At that moment, nobody could have been more American.