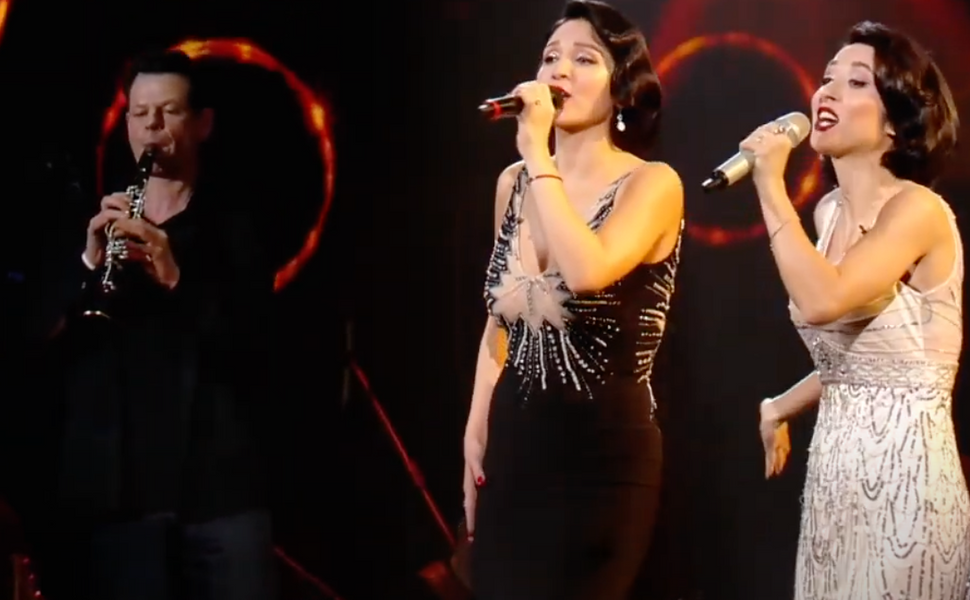 A Forverts reader has informed us that two former Ukrainian pop stars, known as The Alibi Sisters, recently performed the Yiddish song “Chiribim-Chiribom” at the blind auditions on the Ukrainian version of “The Voice.”

In the video, the judges, presumably none of them Jewish, initially appear mystified by the act – some sporting a slightly mocking grin, and then, one by one, each begins swaying to the beat, hand wavering over the button, resulting in an astonishing four-chair turn.

The clip has already garnered more than 950,000 views.

The duet, whose real names are Anna and Angelina Zavalskia, note on their YouTube channel, that their grandmother used to sing them the Yiddish folk song, Vu iz dos gesele? [Where is my street?] – and that record albums of The Barry Sisters, the popular American Yiddish duo from the 1940s to the 1970s, were a staple in their home.