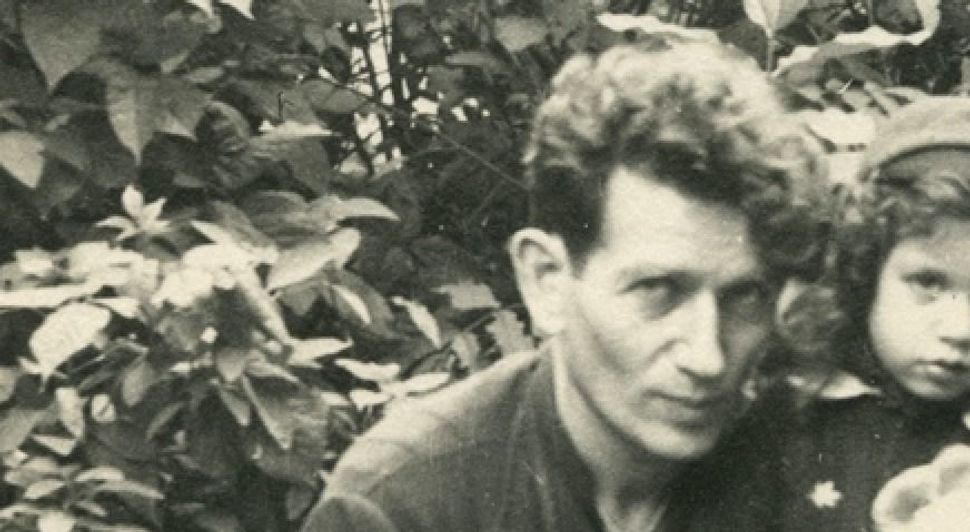 Wolf Younin, whose yortsayt was this week, was a Yiddish poet, folklorist, book collector and columnist for several Yiddish newspapers, including the Forverts. A number of his poems were set to music and because they sound so much like folk songs, few people know he wrote them. One of these songs is “Zing Shtil” (Sing Quietly), sung here by the Yiddish singer, Lucette van den Berg. The melody is by Sholem Secunda.

The former chief curator of the Polin Museum in Warsaw, Barbara Kirshenblatt-Gimblett, says in this interview that Younin was the one who inspired her to become an avid Yiddish book collector herself.

And below, in this Forverts exclusive, Younin’s daughter, Dina Mann, gives us a touching portrait of what it was like living with this exceptional figure in the Yiddish world.

Monday, May 31 marked the yortsayt of my father – the Yiddish poet, teacher and folklorist, Wolf Younin, also known as Volf, Wolfie and Velfke. Although many people who remember my father knew his public persona, I thought it would be fitting to share what I remember as his daughter.

My dad was born in Siberia in 1906. Because of wars and unrest, he moved around a lot. He was a drop dead gorgeous man and found himself drawn to the movie industry in Hamburg, Germany. Thanks to his platinum blond hair and blue eyes, as well as his knowledge of several languages, including Russian, German and Spanish, he got roles in a number of films.

After he passed away, I found dozens of headshots and profile shots of him. Because of his muscular physique he modeled for a living for some time while he wrote poetry. He could fix a roof, was able to teach me to ride a bike but also knew how to clown around. Often, when riding the train with the family, he contorted his face and body and soon had all the passengers in the car in stitches. 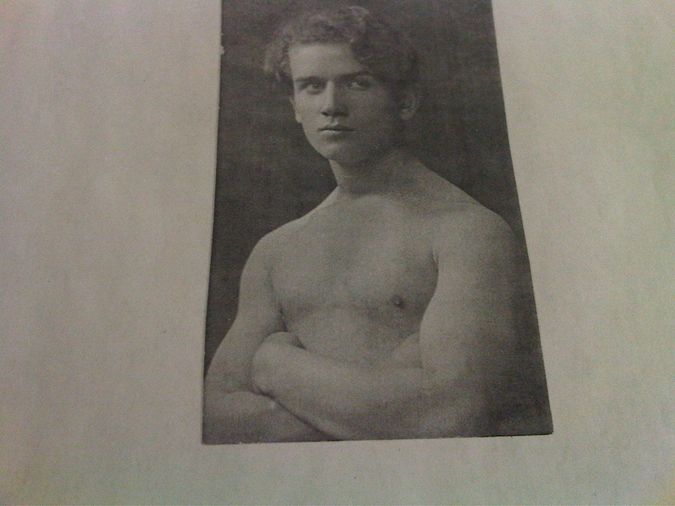 Wolf Younin in his youth Image by Dina Mann

His greatest gift was his generosity and affection. He always had a dollar in his hand for me, even after I started college. He would pay my fare, wherever I went, and I always paid him back by check. But, after his death, as I went through his desk I found every check I ever wrote, uncashed. It became clear to me that he would never have taken money from me. 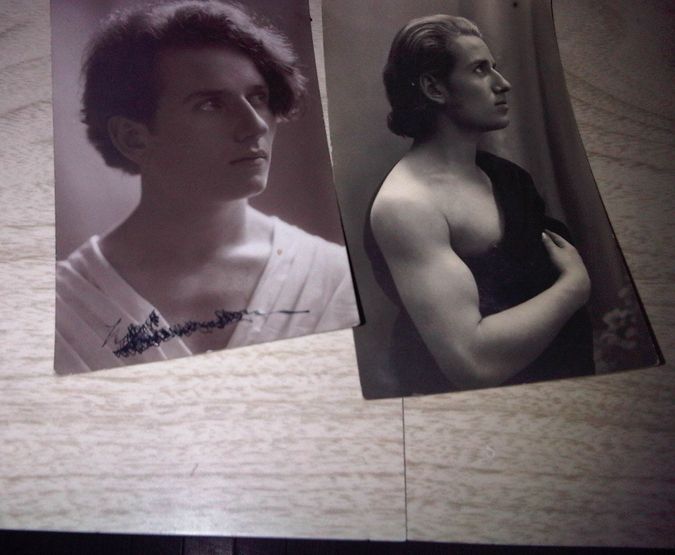 His hands were always warm, even on the coldest days of winter; he went everywhere with his coat unbuttoned.

He was also extremely sensitive and wept openly when the family was not getting along. His greatest comfort was his writing. He penned librettos, poems, articles for Yiddish newspapers and also loved to garden and to attend family gatherings.

When he became ill with lung cancer (he and my mother smoked cigarettes for years) he lost a lot of weight. He was receiving chemotherapy and hated it. My mother had to convince me to talk him into going and he cried painful tears. I remember that my mother had made blueberry pancakes for him, and I saw his ankles were swollen. I offered to massage his swollen feet and he accepted graciously. He told me he wished there were more loving people like me.

He desperately wanted to live so he forced himself to eat despite his nausea. My last memory of him was him eating those blueberry pancakes.

Though he was not a religious man – he never fasted on Yom Kippur or mentioned God – I found him, on my final visit, lying in the hospital bed we rented from the hospital, reading the tanakh, the Bible. I think he was so terrified of dying that in his last days, he was giving in to a force beyond him.