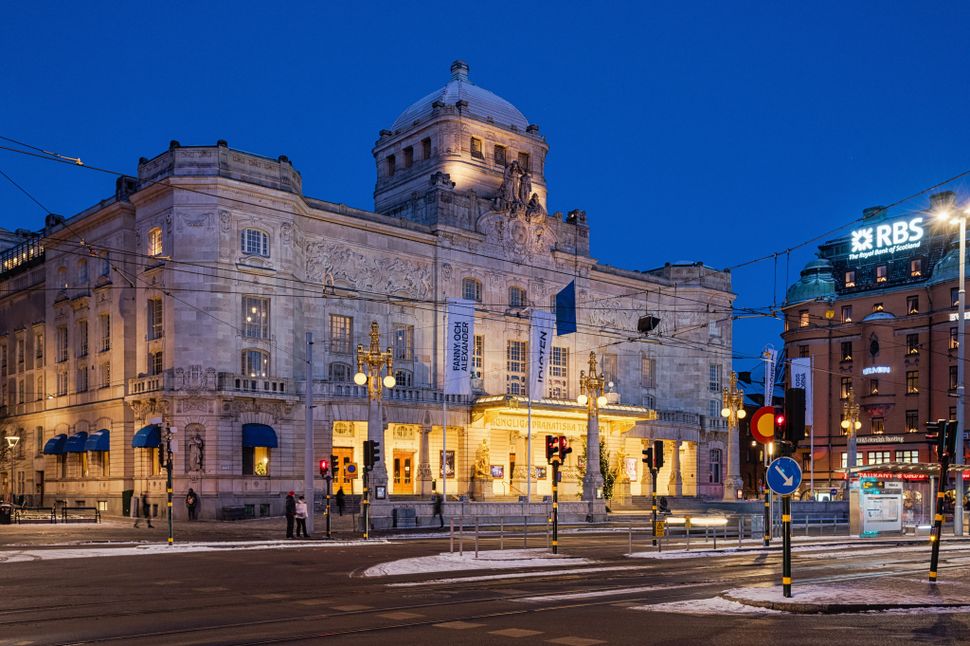 Sweden’s national theater, the Royal Dramatic Theatre in Stockholm, has commissioned the Congress for Jewish Culture to stage Samuel Beckett’s play, “Waiting for Godot” in Yiddish on November 13 and 14.

This will be the first Yiddish production in the history of Sweden’s national stage for “spoken drama”, a venerable institution founded in 1788. All performances will be accompanied by supertitles in Swedish.

The Yiddish version of Beckett’s existential play, which was translated by the actor and director of the Congress for Jewish Culture, Shane Baker, received critical acclaim when it was first staged Off Broadway in 2013.

“Vartn af Godot”, as the Yiddish production is called, is directed by Moshe Yassur and stars the writer and lecturer, Michael Wex, as Estragon, and Baker as Vladimir. The production will also include actors Allen Lewis Rickman, Luzer Twersky and Nicholas Jenkins.

Although the news about the production was just announced last week, both performances have sold out. As a result, a third performance has been added.

Yiddish has surprising roots in Sweden, which had a significant Jewish population since the late 18th century. During World War II, Sweden provided refuge for almost the entire Jewish population of Denmark. After the war, thousands of Eastern European Yiddish-speaking Jews arrived in or passed through Sweden, making a significant impact on the country.

Today Sweden is home to a number of Jewish and Yiddish cultural organizations, including the Sveriges Jiddishförbund (the Swedish Yiddish Association) and Judisk kultur i Sverige (Jewish Culture in Sweden). Both organizations are partnering with the Royal Dramatic Theatre in bringing the Yiddish play to the stage.

In 1999, Yiddish was proclaimed one of five official minority languages in Sweden. Today, Sweden has the distinction of supporting a number of Yiddish events and institutions, including a Yiddish publishing house, [“Olniansky Tekst Farlag”](https://olniansky.com/about-us/ – in large part due to government support and official recognition of the language.