Leaving our treasured houses behind 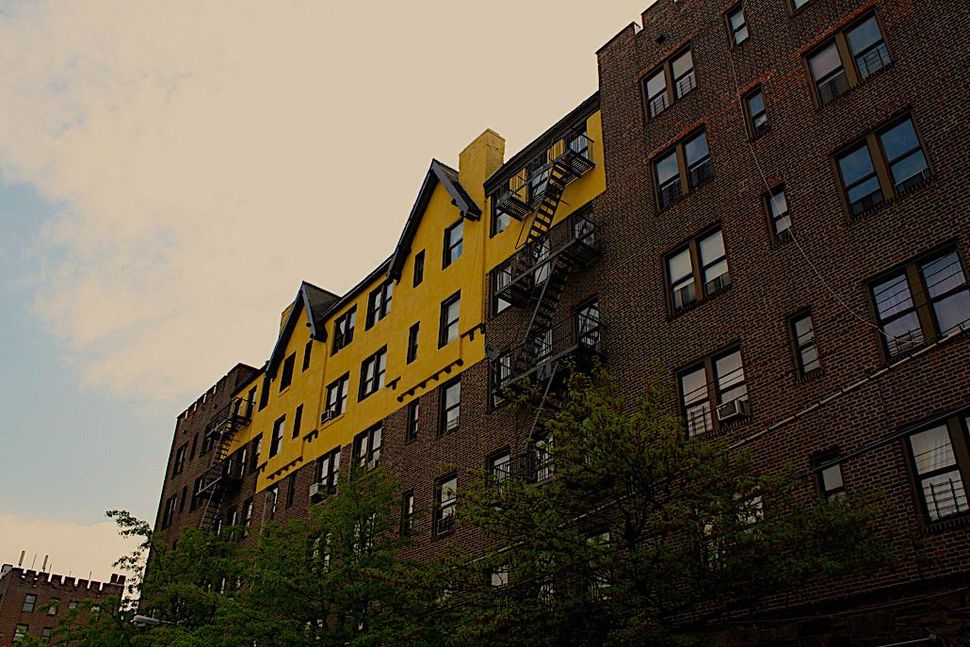 Some years back, I wrote a column for the Jewish Exponent entitled “Mid/Yid.” I examined middle age using Yiddish words and expressions as a springboard. Being then in my fifties, I talked about kids leaving home, bodies slowing down, beauty fading, and long-term relationships changing.

Now I’m at it again, only this time I can’t properly call it a midlife column. In a recent AARP interview, George Clooney was quoted as saying, “I always say to my Dad, ‘I’m middle-aged.’ And he says, ‘You know a lot of 120-yr olds?’”. Now sliding toward seventy (I’m 68) I wonder how his dad would label me.

In this series, I will explore the subject of “yidn in di yorn” (Jews getting on in years). I will still be pondering long marriages and late marriages (and no marriages), body parts failing, kids leaving the nest and building new ones, grace and dignity as we age. I’ll still employ Yiddish expressions to help me make sense of it all. There are no lack of challenges to getting older, but there are endless ruminations and occasionally something wise and useful.

I look forward to connecting with Forward readers of any age, and especially my fellow baby boomers, “zoln mir lebn biz hundert un tsvansik”/ we should all live to be 120. As they say, aging is not for sissies, but it’s certainly more bearable when done communally.

When young people move, it’s usually toward an adventure: college, a first job, their partner’s hometown. Expansion and possibility float in the air.

When we yidn in di yorn (Jews getting on in years) move to a new home, it’s more about condensing – our belongings, the size of our home – and being propelled toward family or warmer weather. Adventure often gives way to finding a safe and comfortable place to spend our remaining years.

But even when we don’t move, what happens when those around us do? And when they vacate spaces that we relied on?

My mother never concerned herself with moving. Apart from a few years in Manhattan as a newlywed, she spent the rest of her 91 years living in the Sholem Aleichem Houses in the north Bronx. She was the second child born there after its founding by Russian-Jewish immigrants, who actively promoted secular Yiddish culture and supported Jewish artists by providing them with studios that had large windows facing north, for the best light. 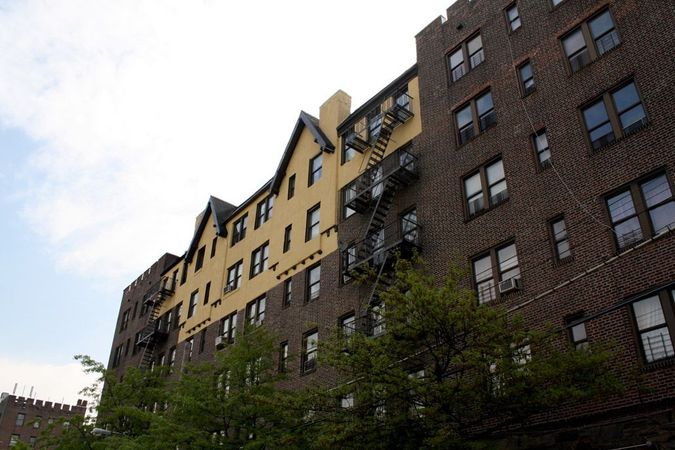 One of the Sholem Aleichem Houses in the north Bronx, New York Image by Historic Districts Council

My parents, on the other hand, although they both spoke some Yiddish, were more interested in the New York arts scene than in the Jewish one. My mother taught modern dance and my father held odd jobs in-between sketching and painting. But the Sholem Aleichem Houses afforded them a large, airy apartment with a park across the street and much lower rent than anything comparable in the city. Since cash was tight, our furniture either came from thrift stores or was improvised. A door lying on its side on top of a stand, with a bright cushion covering it, was our first living room couch.

The kitchen table was a slab of marble resting on a trestle, adorned with barstools that my mother found at a restaurant supply outlet. Wooden masks, a large gong, and my father’s drawings of all the family members and friends he’d wrangled to pose for him hung on the walls. Blue and orange bottles lined the windowsills, and you always had to duck when entering the kitchen so as not to hit the loud Japanese wind chimes.

I took all this in stride since what you grow up with equates with normal. I was a little surprised when, years later, neighborhood kids who’d moved as far away from the Bronx as they could get, returned for a visit or to show their own children their childhood home and knocked on my mother’s door. They were invariably thrilled to see the blue and orange bottles still reflecting light or the gong still on the wall. But I wasn’t prepared for the onslaught of emails my sister and I received when we finally moved my mother, in what turned out to be the last months of her life, to a senior facility on the Upper East Side.

“I have so many memories of your father drawing me at that little table in the hallway, and those noisy wind chimes, and those scary masks. Tell her to wait till I come back for one more visit.” Never mind that these friends had moved to Colorado, California and Israel. They could travel far, but they wanted that warm, artsy apartment to remain the same, preferably forever. I quietly rolled my eyes until I heard the news last month that my sister-in-law and brother-in-law were selling their Baltimore house.

That house was also in a Jewish neighborhood, albeit a religious, not a secular Yiddish one. Their split-level home looked like all the other homes on the surrounding streets, with one backyard blending into the next. My sister-in-law favored modern, pastel-colored furniture and Judaic prints on the walls. No wooden masks or gongs for them.

Yet it was always a welcoming haven for my family. We visited when my husband and I were dating, when our first child was born, and thereafter almost every Pesach.

A far better baleboste than I, my sister-in-law taught my girls how to make popovers and matzo ball soup. She kept stacks of fresh towels in the cupboard and a pot of fresh coffee on the stove. It was a place I could feel cared for, and heard, as the four of us talked into the night while the children slept or – when they were older – went out for the evening. Now that my nephews have all left Baltimore, my sister and brother-in-law don’t want the upkeep of a house so they purchased a condo instead.

“Wait!” I want to say, “I’m not done with your home yet! I want to spend another Pesach there, and have my daughters bring their basherte (intended ones) – whenever they find them – to sit at that large kitchen table and be ‘grilled’ by you. I want the four of us to stay up late discussing social security and our latest health woes,” and of course we will. We’ll just do it in a place that doesn’t house our memories.

There’s much written, these days, about the aging brain and the need to keep it engaged. I will add to that: Whether we stay in our homes or move elsewhere, people around us will likely be changing residence. So our minds need to remain spacious enough to contain the rooms and objects in those places where we once felt loved, comforted or inspired and to be able to come back to that anytime, like a second home.

Leaving our treasured houses behind