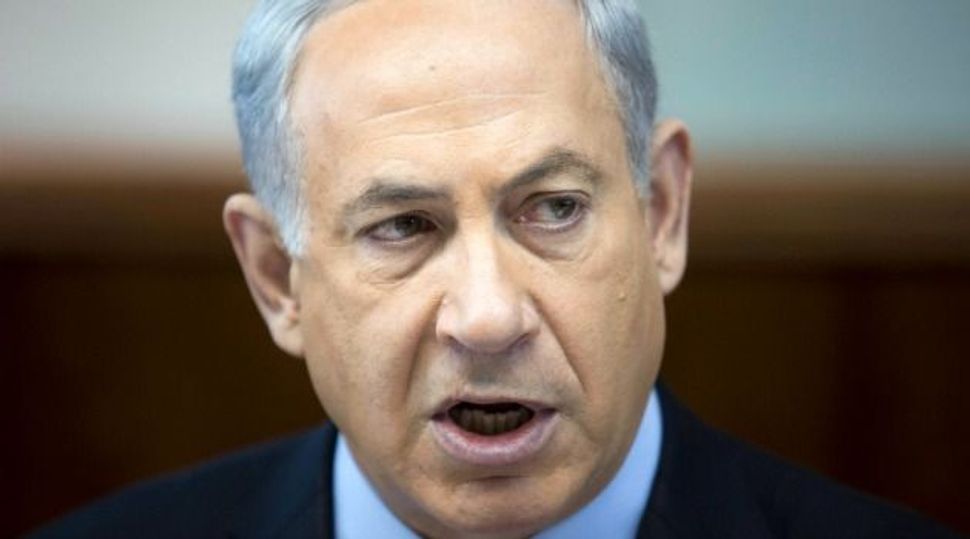 Prime Minister Benjamin Netanyahu’s full-throated denunciation of the interim nuclear deal reached with Iran has overshadowed any other reactions from Israel’s intelligence and military echelon. For Netanyahu, the agreement between the Islamic Republic and Western powers is “not an historic agreement, it is an historic mistake.” This dismissive view was echoed by many of his ministers and across the political spectrum.

This general opposition to negotiating with Iran — a country that is broadly perceived here as incapable of acting in good faith — is representative of Israeli public opinion, but it doesn’t capture the more complex expert reactions to this development. A sampling of Israeli strategic thinkers and nonproliferation experts reflects a broader range of opinion on virtually everything to do with Iran, from how good or bad the interim deal is to how Israel should respond, including whether it should join the surge toward further diplomacy or try to undermine a final agreement.

These reactions also suggest that the danger Iran represents for Israel cannot be reduced to fear of a mushroom cloud. The Islamic Republic’s broader role in the region — especially as it acts through its various proxies — is as much an impetus for the backlash as it is concern about the number of its centrifuges or about the level at which it is enriching uranium.

Ehud Yaari, the veteran journalist who first alerted Israelis to the existence of the secret channel of negotiations that led to the interim deal, is confident that Iran is now further away from nuclear bomb capability as a result of the Geneva deal.

He told the Forward, “Instead of Iran being two to three months away from breakout — whether they take it or not — I think the deal extends the period to about a year, which means that everybody will have ample warning in case they are making a dash or getting ready to make a dash, and the inspectors will make it harder for the Iranians to break out without everybody getting a warning.”

The key reason that nuclear bomb capability has receded, in Yaari’s analysis, is the fact that Iran has agreed to dilute or convert the very uranium supply that Netanyahu discussed in his famous 2012 “red line” speech at the United Nations — namely the 20%-enriched uranium, which now stands at 196 kilograms.

Yaari, political commentator for Israel’s Channel 2 television, and fellow at The Washington Institute for Near East Policy, highlighted the centrality of inspections in the new agreement. “One of the major achievements of Geneva which people overlook, to my amazement, is the fact that the International Atomic Energy Agency has access to places where Iranians are building centrifuges, while so far these went uninspected.”

Though cautiously optimistic, Yaari identifies shortcomings in the deal, such as the fact that though it halts progress at the Arak heavy-water reactor, it does not explicitly prohibit the preparation at other locations of components for the plant. He also acknowledges the possibility that unknown nuclear sites are operating, saying that halting these will be on the table for the permanent accord.

“You can say that the Iranian program was driven in Geneva to a parking lot,” he said. “Even if they work on the engine and polish it, the car is in parked position.”

Yaari’s optimism stems in part from the fact that he sees little salvation in a military strike on Iran, saying that even a devastating Israeli strike “is not going to kill the [nuclear] program,” and in part from his belief that Iran is not in “such a hurry” to build a bomb.

As for relaxation of economic sanctions against Iran, he said he believes that the value of concessions may be as much as double the $7 billion that is being reported, but he is convinced that the impact will be minimal — pointing, to support his point, to the minor spikes in Iranian currency and stocks following the deal. “The sanctions that matter are not being lifted,” he said.

Yaari believes that Israel should concentrate on diplomatic efforts to shape a permanent deal so that it caps enrichment, transforms Arak from a heavy-water to a light-water site and obligates Iran to sign the Additional Protocol of the Nuclear Non-proliferation Treaty, which increases IAEA inspection rights.

He thinks that Netanyahu will have to take a more constructive attitude toward negotiations. “We have to convince Western governments and public opinion that we are not the spoilers,” Yaari said.

Emily Landau, director of the Arms Control and Regional Security Project at the Institute for National Security Studies, foresees the six-month interim period as a fraught one full of complaints from Iran.

“I would expect that the Iranians are going to be challenging everything in the deal,” she said, suggesting that the Islamic Republic will claim repeatedly that the West isn’t keeping the deal in good faith.

Landau said that the Geneva deal “leaves a lot of room, not only because of possible clandestine facilities, but also because of differences in interpretation.” She said that there are already indications that Iran and Western states interpret the deal differently.

Landau thinks that Israel should concentrate on discussions with its allies aimed at dismantling Iran’s nuclear program. She is skeptical of arrangements that merely reduce the strength of the uranium being enriched.

While Yaari sees Iran’s concession to neutralize its 20%-enriched uranium as a game-changer, Landau thinks that technological advances in Iran mean that a bomb could now be built speedily from lower-percentage uranium. “With the new advanced centrifuges, it can be done very quickly from 3.5%,” she said. Under the interim deal, Iran can keep uranium of less than 5% concentration, and enrich more of it.

While Landau is pessimistic about the diplomatic process, she believes that if it does work out, it could be good for Israel — and not only because it would deal with the nuclear threat. If Iran built a relationship with America and other Western states, it would tone down its rhetoric against Israel, she expects. There would be “spillover benefits” for Israel.

Landau’s colleague Amos Yadlin takes a far more optimistic view of the deal. Yadlin, one of Israel’s most respected analysts, said that it is not “the agreement of our dreams,” but was the best course of action open to the international community.

Yadlin became director of Israel’s Institute for National Security Studies in 2011, shortly after completing a five-year term as the Israeli military’s chief of defense intelligence. During a conference call with journalists he countered the claim that the West made a mistake offering Iran limited sanctions relief, saying that it was “wishful thinking” to imagine that Iran would have agreed to a better deal if it felt more pain. A tougher stance by the West could well have prevented any agreement, he said. Furthermore, if some Western countries insisted on this course of action, others could have decided to waive sanctions, he said, breaking the international unity that has been of prime importance in confronting Iran.

Yadlin said that the agreement can only be weighed against two other possibilities: the absence of any agreement, and the draft agreement that was being discussed a few days earlier which was more favorable to Iran. The Geneva agreement is better than either of these alternatives, he said — even though he believes that it will only slightly set back the Iranian nuclear program.

Regarding what some analysts see as the agreement’s shortcomings, he said: “We would have all been happy if this agreement now would have taken Iran backwards in accordance with the decisions of the [United Nations] Security Council, but we see it wasn’t possible.”

Yadlin believes that the Geneva deal would have been “very bad” if it were a permanent deal, but stresses that it is an interim deal. A permanent deal should look far better from Israel’s perspective, he said, and could lead to the removal of low-enriched uranium.

Soli Shahvar, one of the foremost Israel-based experts on Iranian politics, thinks that a permanent accord could harm Israeli interests by boosting Iranian-funded terrorists.

Increased Iranian prosperity as the result of a deal with the West would lead to Iran having more money to invest in groups like Hezbollah and Islamic Jihad, predicted Iranian-born Shahvar, director of the Ezri Center for Iran & Persian Gulf Studies at the University of Haifa.

“A byproduct of improving relations with Iran is giving them more possibility of increasing support for these organizations,” he said.

Shahvar thinks that while the West would continue to categorize these groups as terror organizations, it would oppose them less aggressively, in an unofficial move to “appease Iran.”

In contrast to Landau, he believes that Iran will stick to the rules during the interim period — in part to disprove Israeli claims that it is untrustworthy. “I don’t think they will be stupid enough to lose this opening given to them for six months,” Shahvar said. He expects Iran, in the short term, to even stop work in secret facilities that he believes exist.

What should Israel do during this period? It should soften criticism of the current agreement and lobby for a best-case scenario permanent agreement that prevents a nuclear military option; however, he finds it “hard to believe” that Iran will destroy any facilities that are already built. He thinks that a “surgical attack” by Israel could theoretically yield “some positive results,” but he is opposed because of what he considers the inevitable loss of civilian life.

For Mordechai Kedar, in Geneva the international community waved goodbye to a golden opportunity to end the Iranian regime.

“If sanctions remained, it may have led to the toppling of the regime, and now the regime can last forever,” said Kedar, who worked for 25 years in military intelligence, specializing in Islamists.

In his assessment, the Iranians “can cross the line whenever they want, and they are on the threshold of becoming a nuclear state.” The agreement slows their advance toward this nuclear line “but doesn’t take them backwards.”

Kedar thinks the deal will be ineffective for two reasons. First, he thinks there are undeclared facilities where Iran will continue to race toward a nuclear bomb despite the deal, and second, he thinks that provisions in the deal for inspections are hollow because it is easy to obfuscate and limit access. “What they show is what they show,” he said.

Kedar believes that in the current climate, Israeli diplomatic pressure on the West to shape the permanent deal that could follow the six-month interim period is “a waste of time.” Israel’s most promising option is sabotage, said Keder,. Though he didn’t specify particular operations, the 2010 Stuxnet virus, widely attributed to Israel and the United States, caused chaos at Iran’s Natanz plant, impairing uranium manufacture and temporarily stopping centrifuges.

Sabotage would not need to be cyber, in Kedar’s view. “If one morning we learn a reactor or plutonium facility blew up in a mysterious way, this could be done regardless of any agreement,” he said.

The other promising possibility, according to Kedar, relies on gathering intelligence to undermine the deal. “What Israel should do is increase its intelligence efforts to show the world over the next six months that Iran didn’t do what it said it would do.”