How Do Mixed Jewish-Arab Schools Mark Memorial and Independence Days? 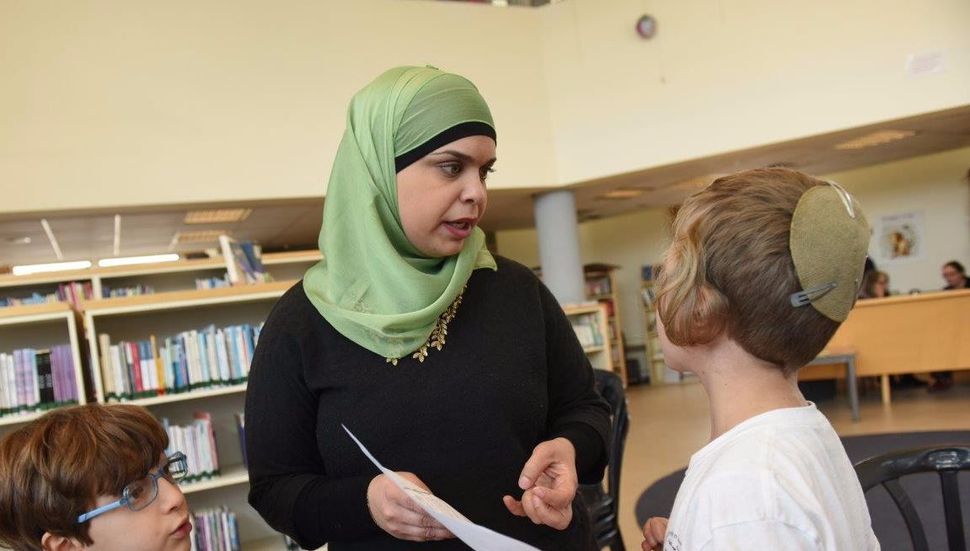 At most Israeli schools, Memorial Day is one of the most emotional days of the year, as students recall the soldiers who died for their nation in patriotic ceremonies that mark the birth of Israel, the Jewish state.

But at Israel’s alternative Jewish-Arab schools, Memorial Day is difficult for another reason: While half the students are celebrating the founding of their nation, the other half are mourning the loss of their own.

“This week is the most complicated week of the whole year at Hand in Hand,” said Mohamad Marzouk, one of the founders of the bilingual Hand in Hand school in Wadi Ara near Haifa, and also a parent at the school.

“It touches the core issue of the conflict,” he said. “It is the creation of the state in circumstances of war. Arabs and Jews are on two sides of this issue.”

There are six public Hand in Hand schools across Israel, educating 1,320 Jewish and Arab students in Hebrew and Arabic. The schools are a rarity in Israel, where most Jews and Arabs learn in separate education systems with classes in their native languages. 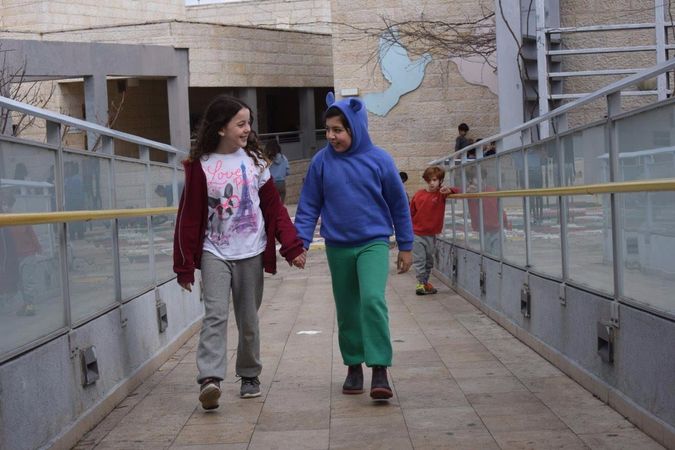 Students walk together at Jerusalem’s Hand in Hand school. Image by Debbie Hill

At Hand in Hand, teachers, administrators and parents devised a special dual curriculum for Memorial Day that makes sure no students are left out. It is one of the only times of the year when the students are separated as Jews and Arabs.

Like at mainstream Israeli schools, the Jewish students and their parents have a short ceremony to remember the soldiers who died in battle and to talk about Israel’s founding. In the Arab ceremony, students talk about the Nakba, when hundreds of thousands of Palestinians fled or were forced from their homes by Israeli forces in 1948. Both groups are encouraged to wear white, an Israeli school tradition for Memorial Day.

After the separation, which typically lasts no more than 30 minutes, the students come back together for a final event to “transition from the pain to the hope,” said Shuli Dichter, executive director of the Hand in Hand schools. At some of the schools, the students release balloons into the air as a symbol of hope for a shared future.

“The main thing is that after that we meet again,” said Orly Noy, a parent to an eighth-grader at the Jerusalem Hand in Hand school. “We don’t go home before we stand together and become one community again.”

The way Hand in Hand marks Memorial Day is a contrast to the ceremonies at most Jewish schools, where students mourn fallen soldiers and celebrate Israeli independence without reference to the state’s Arab minority. It is also different from Arab schools inside Israel, where Memorial Day is typically not acknowledged, Marzouk said.

Israeli schools that make the Nakba part of their curriculum can be fined, according to a 2011 law that allows the state finance minister to pull funding from public bodies that reject Israel as a Jewish and democratic state or mark Israel’s founding as a day of mourning.

The dual ceremony at the Jerusalem Hand in Hand school was developed two years ago. Before that, Jewish students were taken out of the classrooms for a Memorial Day ceremony, leaving the Arab students at their desks. Afterward, the two groups came together for a brief, shared event. 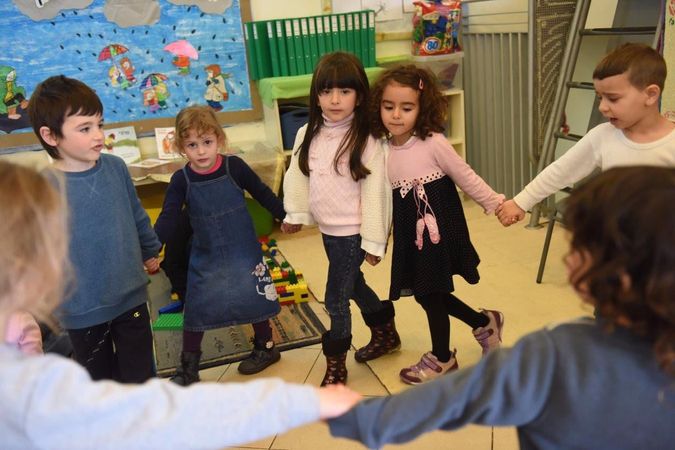 “There was a feeling that [the Arab students] didn’t know what to do for themselves and there was no room for them on that day,” said Gili Réi, a parent of two children at the Jerusalem Hand in Hand school.

Rather than bring the Arab students into the Jewish ceremony, parents and school administrators decided it was wiser to keep the two groups separate so that each side could acknowledge its own national narrative on this most sensitive day. The joint ceremony afterward was lengthened, becoming the focal point of the afternoon.

“The idea here was, how do we make this a day of commemorating our national pain on each side and finding ways to share that together,” Réi said. “It gives room for each one to be with their own pain and not be in a position of comparing how much space is being made to each side.”

For Réi, celebrating Memorial Day at Hand in Hand is a “relief” from the nationalistic ceremonies of her youth. Her father was killed in the 1973 Yom Kippur War when several Arab states attacked Israel. As a member of a bereaved family, she said she had a special role in her kibbutz’s recollection of the deceased soldiers.

“If I had to send my kids to a regular school I would be worried that the messages that they would hear would be completely oblivious to the other side, all the way to the extreme of justifying the war, justifying the violence and making it part of the axis of our being here,” she said.

At Hand in Hand schools, Memorial and Independence days are part of an intensely emotional six weeks of holidays for both Jews and Arabs. The period starts with Land Day on March 30, the Palestinian holiday that marks the events of 1976, when Palestinians protested the Israeli government’s expropriation of land, and when Israeli forces killed six unarmed people. It also includes the Jewish holiday of Passover, Christian Easter and Nakba Day on May 15.

Marzouk said that it is “not easy” for the parents to explain the other side’s narrative to their kids. “Sometimes children ask very basic but pure and difficult questions,” he said. He recalled his 8-year-old daughter asking him about the fallen Israeli soldiers on Memorial Day. “Are these bad guys?” she wanted to know.

“Sometimes people fight, the same way that children can fight between each other,” he told her. “But we believe that when there is a fight or a dispute, we should talk and try to solve our problems peacefully.”

Noy also discussed the upcoming ceremony with her daughter. “She asked, ‘So if I want can I go to the Palestinian ceremony instead of the Jewish one?’” Noy said. “On the one hand I wanted to tell her, just be with who you belong.” But then she told her daughter that it was also okay to hear from the other side.

How Do Mixed Jewish-Arab Schools Mark Memorial and Independence Days?