All Israel Wants to Know Which Famous Writer is Alleged Sexual Harasser? 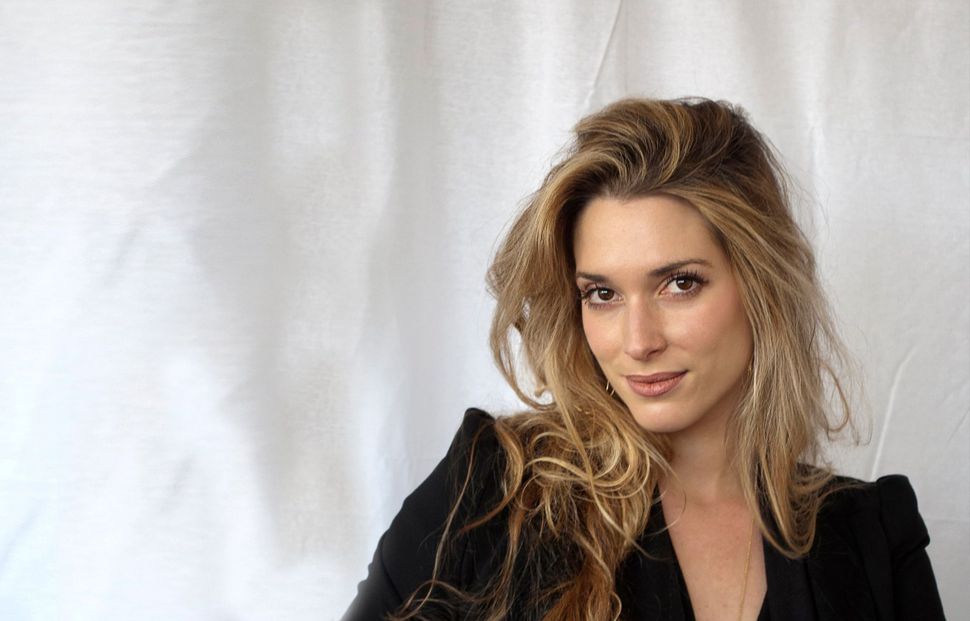 “Who is it?” That was the question that a fish vendor put to journalist Oren Persico this morning as he was shopping at Tel Aviv’s Carmel Market.

Israel is abuzz with speculation over the identity of a famous Israeli writer who was accused of sexual assault — but not named — in an essay in the Jewish Journal this week. And even the marketplace sellers want to know.

Writing in the Jewish Journal, Danielle Berrin provided a few clues to the identity of the man who grabbed her and propositioned her for sex when she went to interview him at his Los Angeles hotel. The journalist has “dark eyes” and “black hair” and is a married father. A well-known public figure, at the time, his book “was among several titles having an impact on the Jewish conversation,” she wrote.

Berrin’s account has been reported in almost all the major Israeli media outlets. It garnered a front page print headline in Yedioth Ahronoth, and was discussed in Maariv and Israel Hayom. Haaretz did not cover the story in its print edition, but later published an online story. So far, none of the mainstream outlets have named the perpetrator, but guesses abound in the “talkbackim,” the Hebrew term for the comments section beneath articles.

“It is a buzzy thing today in Israel media,” said Persico.

In her essay, Berrin said she felt it was too risky to reveal the famous writer’s identity.

“When I was asked to write this story, I called a trusted friend. ‘Don’t out the perpetrator,’ was the first thing my friend advised me. ‘It will probably damage him, but it will definitely damage you,’” she wrote.

In a phone interview with the Forward, Berrin added that she was worried that if she named him it would be a “he said, she said” situation. She was critical of the intense focus in the Israeli and Jewish press about the perpetrator’s identity, calling it “total distraction from the issue.”

“It is not about one person or one man,” said Berrin. “It is about an issue of systemic oppression and sexism and frankly bad behavior that is relevant worldwide and that is the conversation we should be having.”

Yet she did not rule out revealing his identity at a later date. “Right now it feels like the best choice” not to name him, she said.

Berrin thought she was meeting a famous Israeli journalist for an interview about his book. But he had a different idea. When she began asking him about himself, he turned the tables, bombarding her with deeply personal questions, grabbing her head to force a kiss and suggesting that she be his mistress. As Berrin tried to leave, he dangled the interview over her head, saying she would have to meet him again to get her questions answered and fulfil her assignment to her editors.

Never having told the story publicly before, Berrin said she was prompted to come forward about her experience as thousands of women have done in light of sexual assault allegations against Donald Trump.

“It is infuriating — and deeply unfair — that women cannot tell their full stories publicly without fear of reprisal,” wrote Berrin of her decision not to out the Israeli journalist. “We not only know the abuse, we also know the subsequent blame that would be sure to follow outing the perpetrators.”

Persico said that the allegations brought to mind the case of another famous Israeli journalist, Emmanuel Rosen, who was accused of sexual assault by a group of female colleagues. Rosen denied the allegations, but his career was ruined.

“Today he barely works as a journalist,” Persico said.

All Israel Wants to Know Which Famous Writer is Alleged Sexual Harasser?