How Israelis Are Planning For A Tsunami 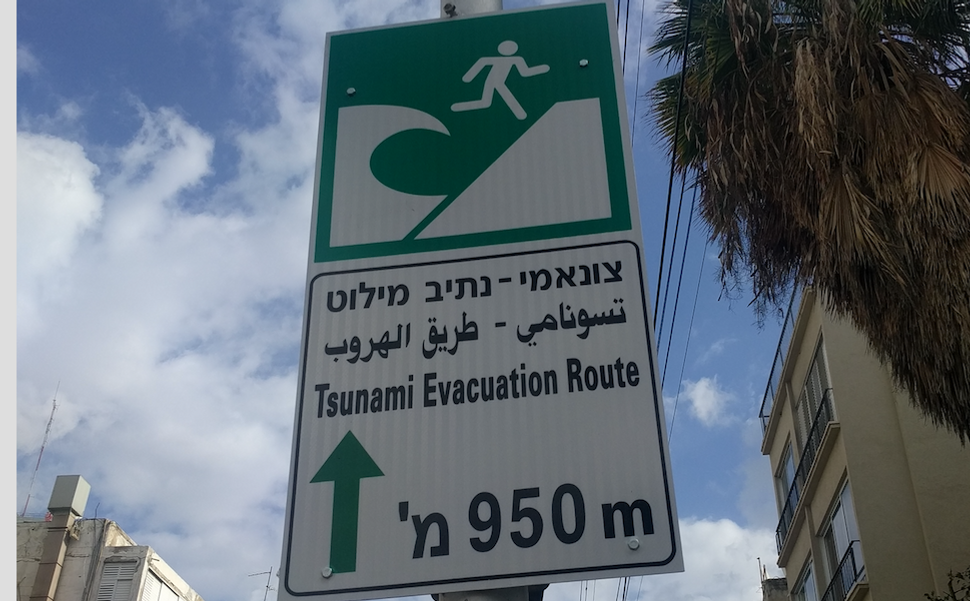 Wild rain in Tel Aviv is causing some bizarre sights, like a fallen cactus piece stretched across a main street.

Today, passersby stopped during their Friday pre-Shabbat shopping to look at signs delineating a path of escape in case of tsunami.

“A tsunami means an earthquake,” opined a woman taxi driver, making her way through Dizengoff Street. The driver said the signs were previously on HaYarkon Street, and are now proliferating throughout the city, including in main shopping districts.

She said there was no reason to fear the heavy rains. 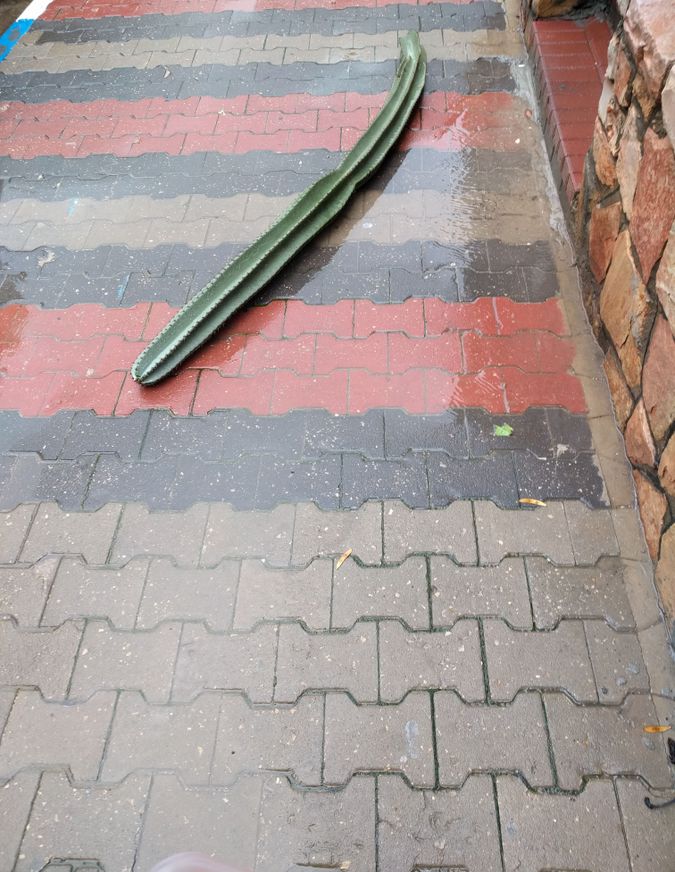 During The Flood: Pieces of cacti fell on the streets of Tel Aviv. Image by Aviya Kushner

But someone must be concerned about a possible tsunami in Tel Aviv, judging simply by the number of tsunami-escape signs. As for the word for tsunami in Hebrew? Same as in English.

Aviya Kushner is The Forward’s language columnist and the author of The Grammar of God (Spiegel & Grau). Follow her on Twitter: @AviyaKushner

How Israelis Are Planning For A Tsunami