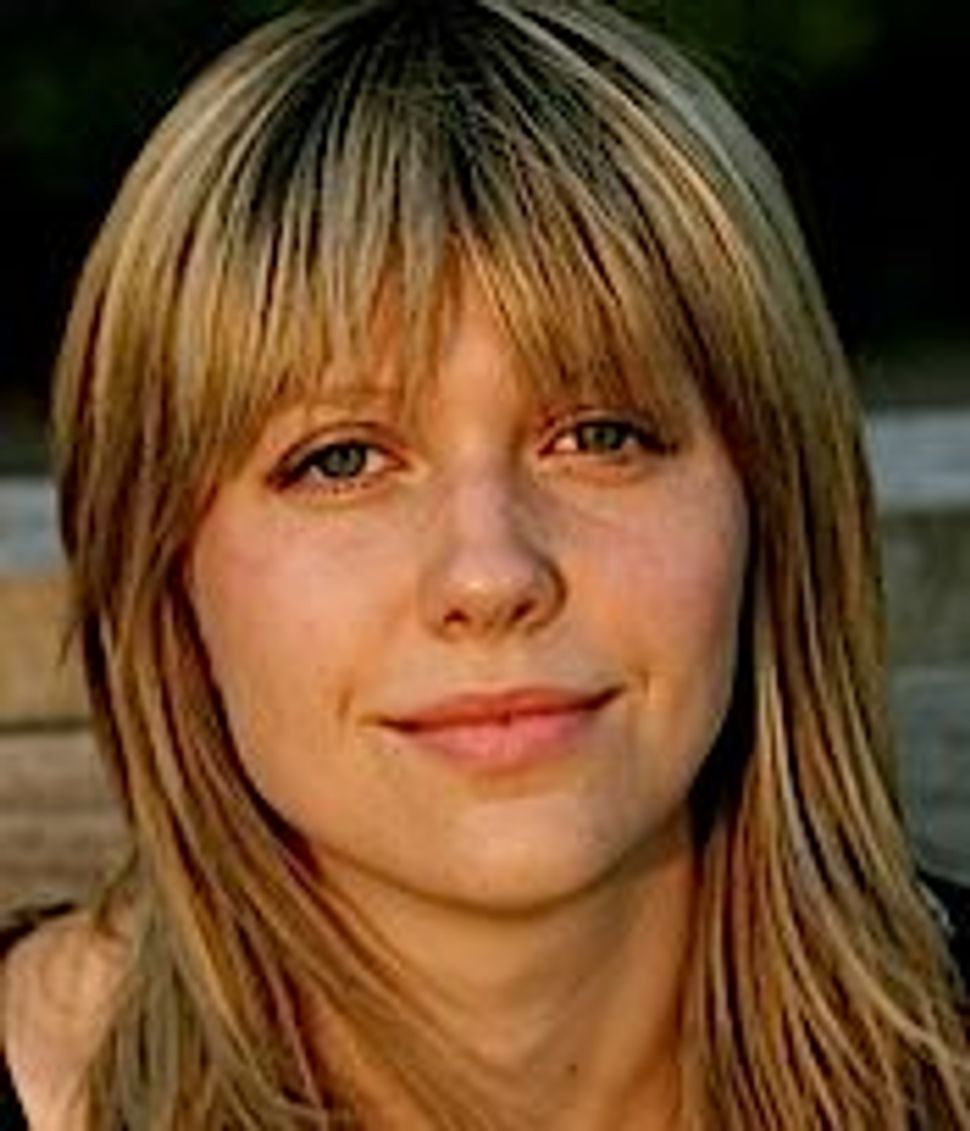 Haley Tanner’s debut novel, “Vaclav & Lena” (Dial Press), is about love without questions, hesitation or limits. This love flourishes between two Russian-Jewish immigrant children in the Brighton Beach section of Brooklyn: Vaclav dreams of becoming a magician, like Houdini, and casting the fragile Lena as his assistant. Tragedy temporarily unhinges this plan, and when the two children become teenagers, they are forced to reconcile their pasts and decide how they’ll embark on a future together. Tanner intimately knows the love and struggle that Vaclav and Lena share: She wrote this book while living with the man who would become her husband and, soon after, die of melanoma. Tanner says that the loveliness and lightness in the novel is his. She spoke recently with the Forward.

Allison Gaudet Yarrow: What was your Jewish upbringing like?

Haley Tanner: We had a terrible time in the Conservative synagogue that we belonged to, where we were products of intermarriage, which didn’t make sense to us, because we were a Jewish family. Rosh Hashanah was the first holiday that we ditched synagogue. We went camping in the woods, [with] silver candlesticks, a white tablecloth, brisket and apples and honey. It became the most meaningful holiday.

The novel is quite dark. When it ends, illusion, lies and deception seem to prevail.

There is a fine line between storytelling and lie-telling. We walk around thinking that we’re going to live forever. If we were struck all the time by our own mortality, we would be immobilized. I was interested in the many layers of storytelling that are not bad but are necessary to get us through, and the line where those stories become dangerous.

Despite the heavy subject matter — Lena’s chaotic childhood and broken family — your prose and the novel’s tone are very light.

The entire time I was writing, I was dealing with something difficult and heavy. Gavin [my husband] had cancer that no one survives. Our lives couldn’t be heavy; they had to be light and fun, and they were, always. We’re all walking around with a terminal illness. We have to laugh all the time, or there’s just no point in being here at all. I like the tone of my life to be honest and light and dark and serious all at once.

What do you want readers to take away from this book?

That’s antithetical to the way America operates. Everything is about pushing away and defensiveness and holding yourself in a knot, and love is seen as weak and passive.

Right. It’s seen as something that happens to you. Something that you fall into. We’ve started to look at partnership like consumerism, where we try out the product and see if it’s going to last. The truth is, there’s no way to know. You’ve got to just jump in. Vaclav believes [in love]. Lena doesn’t believe in it yet. His final story for her, his final magic trick for her, is that he loves her enough and believes enough in love and in the possibility of the universe giving you good things to make it true for both of them. And he’s going to write their story.