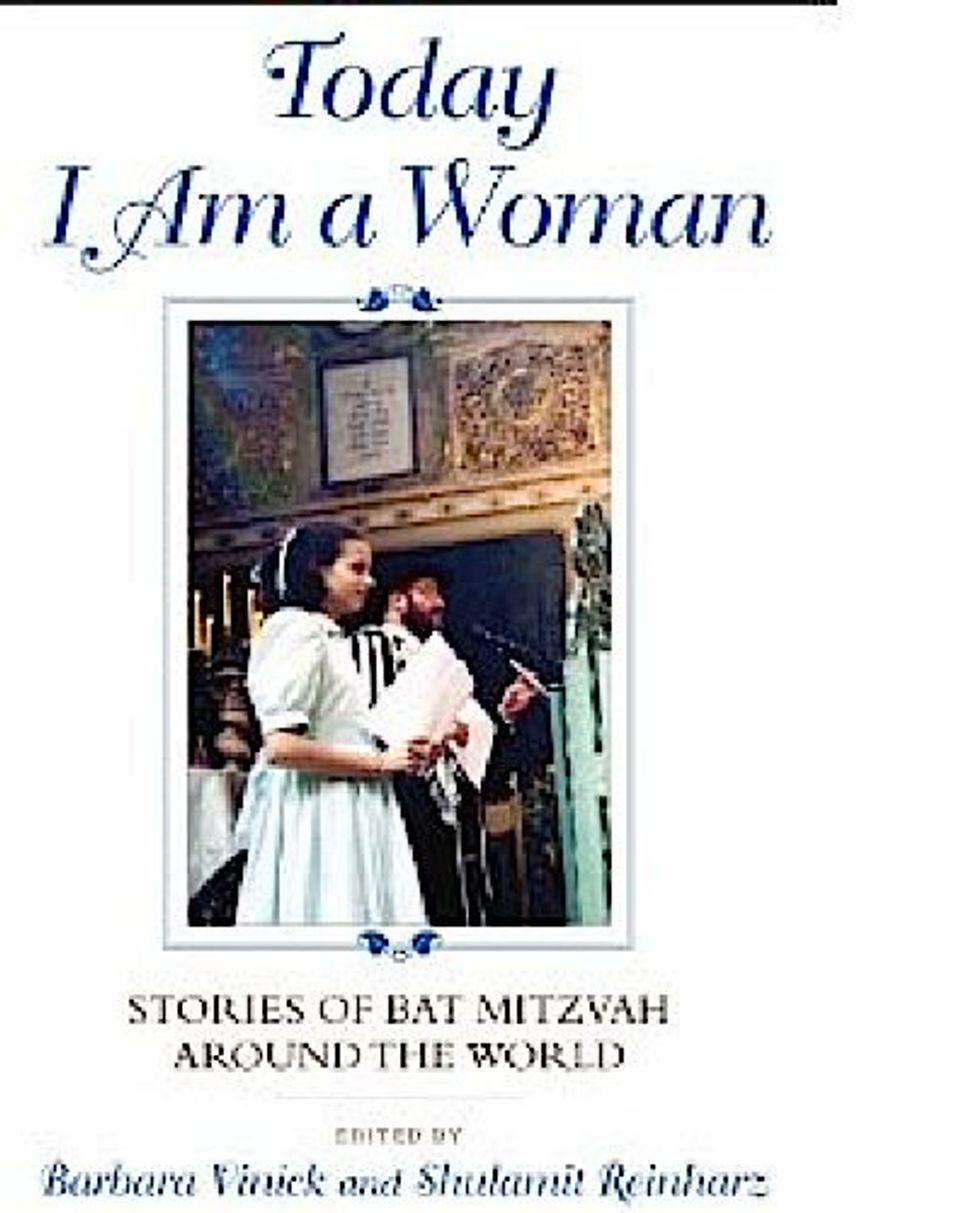 We’ve come a long way in making our place in the synagogue. When I was a little girl I once told my grandfather—my very old-fashioned Abuelo — that I wanted to be a rabbi. “That,” he said to me, “is very ugly.” He said the word in Spanish—fea.

I despaired. The bima, the Torah, even the dynamic fervent prayer — you know, the kind that comes with the feeling you have full access to God — would never be mine.

I was 11 then and having a bat mitzvah at 13 like you did was not an option for me. I would have to wait another thirty years to become a bat mitzvah. But in the intervening years between my childhood and my adult bat mitzvah, women made miraculous strides in Jewish life. For example, we don’t think twice about a woman being a rabbi. I remember the hoopla when the first women were ordained as rabbis in the Reform and Conservative movements. The first happened in 1970. The latter took place in 1985 when I coincidentally worked at the Jewish Theological Seminary. There was a lot of divisiveness over the decision to ordain Rabbi Amy Eilberg. It was still fea to a lot of people.

When Dad and I married six years later, we had our aufruf on the Shabbat before our wedding. An aufruf is a simple, sweet ceremony where a couple blesses the Torah in anticipation of building a Jewish life together. But we almost cancelled ours because I was not allowed to have an aliyah at Dad’s Conservative temple. In 1991, women were still only allowed to bless the Torah there one Shabbat a month. You guessed it, our aufruf was not on the designated Shabbat. We had the aufruf and I said the Ashrei from the bima. It was a huge compromise, and I only did it because Dad was so upset and embarrassed by his temple’s sexism.

It turns out I’ve been under an illusion all these years. Jewish women have always been creative, committed and observant when it comes to taking their places as b’nai mitzvah. I’d like to share a new book with you that beautifully illustrates this point. “Today I Am a Woman: Stories of Bat Mitzvah Around the World” is a compilation edited by Barbara Vinick and Shulamit Reinharz and recently published by the Indiana University Press.

As Professor Reinharz, who heads the Hadassah-Brandeis Institute, a think tank devoted to Jewish women’s history as well as our future, notes in her introduction, “this book opens the door to many Jewish communities — large, medium, small and tiny — by focusing on one entry, the bat mitzvah story.”

The book is organized as its own idiosyncratic almanac — nine regions including Africa, Australia and the Caribbean — give entrée into Jewish communities you’d never guessed were large enough or organized enough to initiate their daughters into Jewish womanhood. But you know all about Jews coming from far-flung places. How many times have you heard people say, “I didn’t know there were Jews in Cuba!”

As you know because that is where my family is from, yes, there are Jews in Cuba. And Jews in Nigeria too. I was taken with the story of the coming-of-age story for girls in the Igbo tribe. One of the elder statesmen of the group, a lawyer, suggests that the tribe claims Jewish origins. There are 40 million Igbos — the majority of them embracing their Jewish roots. But only a tiny fraction practice rabbinic Judaism.

Their transition to womanhood is called isi mgba. Girls are draped with beads and pretty patterns are drawn on their bodies with a kind of white chalk. The girls then dance in groups to the marketplace where their mothers and grandmothers counsel them about the joys and responsibilities of Jewish womanhood. I love this pure version of the bat mitzvah.

Another thing that the book crystallized for me is how overtly some Jews connect the bat mitzvah with puberty. The Bene Israel, Jews who have lived in India for over 2000 years, have a ceremony when girls begin to menstruate. One woman describes a ceremony in which dried fruits and nuts, including coconut, were wrapped in a handkerchief and placed on her lap. Coconut is plentiful on the coast of India and is a symbol of fertility.

So my dear daughter, name a country anywhere in the world where Jews live, and you’ll see that the bat mitzvah has always been an intrinsic part of Jewish womanhood. Make sure to pick up “Today I Am A Woman.” (It’s on the coffee table in the living room). You don’t need to read the book chronologically. In fact, it’s better if you flip through the various sections and read whatever catches your eye. It’s similar to spinning a globe and letting your finger randomly land on a country.

You’ll glimpse at your sisters all over the world celebrating adulthood as women and Jews. And there’s nothing fea about that.