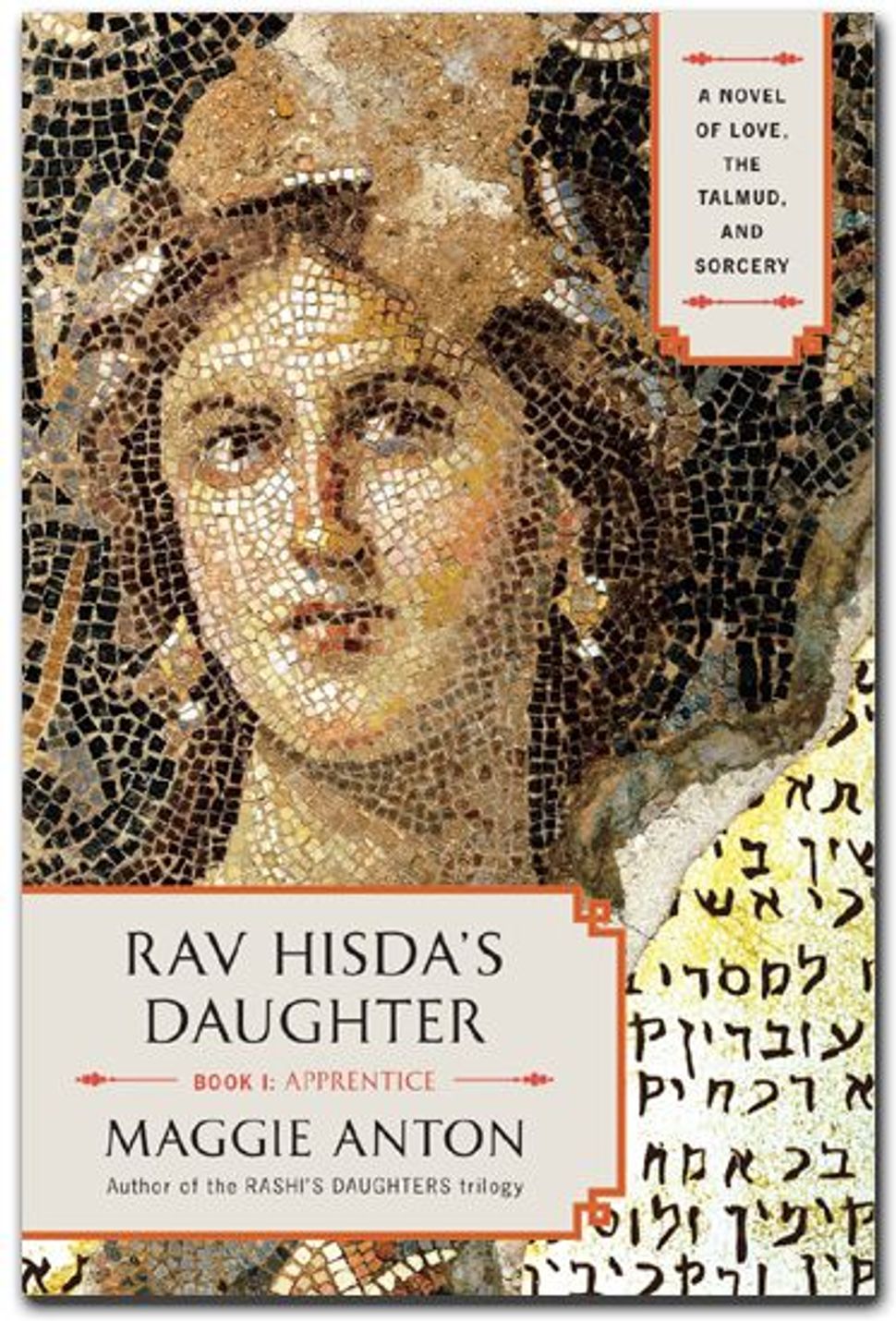 With her new book, “Rav Hisda’s Daughter: Book 1, Apprentice,” Maggie Anton, author of the “Rashi’s Daughters” trilogy, unearths a different chapter of Jewish history, giving readers a peek into what life may have been like for a Jewish woman in 3rd century Babylonia. Weaving together research on the religious life and culture, the sociology and even the statecraft of the era, the book follows the youngest child of famed Rav Hisda (or Chisda), who is one of the Talmud’s central rabbinic characters.

Anton’s curiosity was piqued early on in her own study of Talmud, which began in 1992, when she discovered the young daughter of Rav Hisda, who in Bava Batra 12b is described as sitting on her father’s lap. Two of his students, Rava and Rami bar Hama, stand in front of them, and Rav Hisda asks which of the boys she wants to marry. She replies “both,” and according to the Talmud, the fact that Rava said he wants to be the last she marries (which is indeed what happens) is evidence of children possessing the gift of prophecy.

“I thought ‘what a girl, what a story!’” Anton told The Sisterhood. “In 1995, when I wanted to write a novel about women and Talmud, I decided to write ‘Rashi’s Daughters’ because I thought it was easier to research 11th century France than 3rd century Babylonia. But in the back of my mind I thought, ‘what was life like in those times?’”

Hisda’s daughter is mentioned in more passages of Talmud than any other female, Anton says. The Talmud is full of rabbis’ names as they discuss and debate through the millennia, and while a few women come into play, by and large they remain nameless, identified only as “Em,” or “mother,” or as daughter of so-and-so. While Hisda’s daughter is nameless (though often mentioned in Gemara), Anton calls her Hisdadukh, or “daughter of Hisda,” as it would have been in Persian.

“Rav Hisda’s Daughter: Book 1, Apprentice” follows Hisdadukh from about the age of nine through her middle adulthood — from being the youngest of nine children and the daughter of an impressive, if distant, mother, to a betrothed young woman; through the pleasures of early marriage and then the death of her first husband, Rami. She becomes a sorceress-trainee, and then comes into her own as the possessor of magical powers even as she suffers personal tragedies.

The Talmud itself was Anton’s primary source for the book. “Most of the themes are taken from actual Gemara scenes. The rivalry between Rami and Rava, the way they argue with each other, the name calling, it’s a whole level of antagonism you don’t usually see. But it’s all there. It is a novelist’s gold mine.”

Likewise, much of what she writes about magic and demonology is straight from Gemara. “We know Rav Hisda cast spells. Just the fact that in that day and age he had nine children, including seven sons, who all lived to adulthood. The rabbis talk about how blessed Rav Hisda’s household was, that he was pious and had 60 weddings while another pious rabbi had 60 funerals” in his family. ”It’s not just their piety, something is protecting them.”

The Talmud talks about permitting sorcery for protection and healing, and about a head sorceress, says Anton. “They have a hierarchy, which implies a whole education system. That just flabbergasted me. This is tangible. The Talmud got written down in 900 C.E. and we don’t have too much stuff from this time period, but we have these bowls in our hands.”

“I started writing more stuff about the magic because this was a woman’s domain. There was a very cosmopolitan melding of society there,” as some incantation bowls mention Jewish and Zoroastrian deities, she said. “In fighting demons they often took whatever help they could get.”

This period in Babylonia was a fascinating subject, Anton says. “This is the crucible of monotheism. Most people have never heard of Zoroastrianism whereas at one time they were the predominant monotheistic religion in the world while Christianity was barely coming into existence. Jews were in both societies, dealing with Christians on the one hand, Zoroastrians on the other. Jews were in the thick of it.”

Many traditional Jewish beliefs overlap with Zoroastrian theology, Anton says. “That there is life after you die, are judged after you die, this comes from Zoroastrianism. Procreation is a virtue for the Zoroastrians as well. They had a purity system very similar to Judaism. It came out of the same pot in a way. Zoroastrianism was not a proselytizing religion. The two lived happily together for 1,000 years in Babylonia.”

And while we no longer use incantation bowls, we do use some of the same type of magic, says Anton. “The mezuzah is an amulet. And the traveler’s prayer is an incantation, a protective spell, created by Rav Hisda. That’s straight out of the Talmud, the one incantation we have from Rav Hisda.”

Now 62 and retired from working as a clinical chemist in hospital laboratories, Anton, identifies as a Reform Jew. She says that part of her reason for writing these books centered on women’s lives during the Talmud’s eras “is to get more liberal Jews, more women, to study Talmud. This is an important piece of our heritage.”

And “it’s fun. There’s cool stuff in there.”