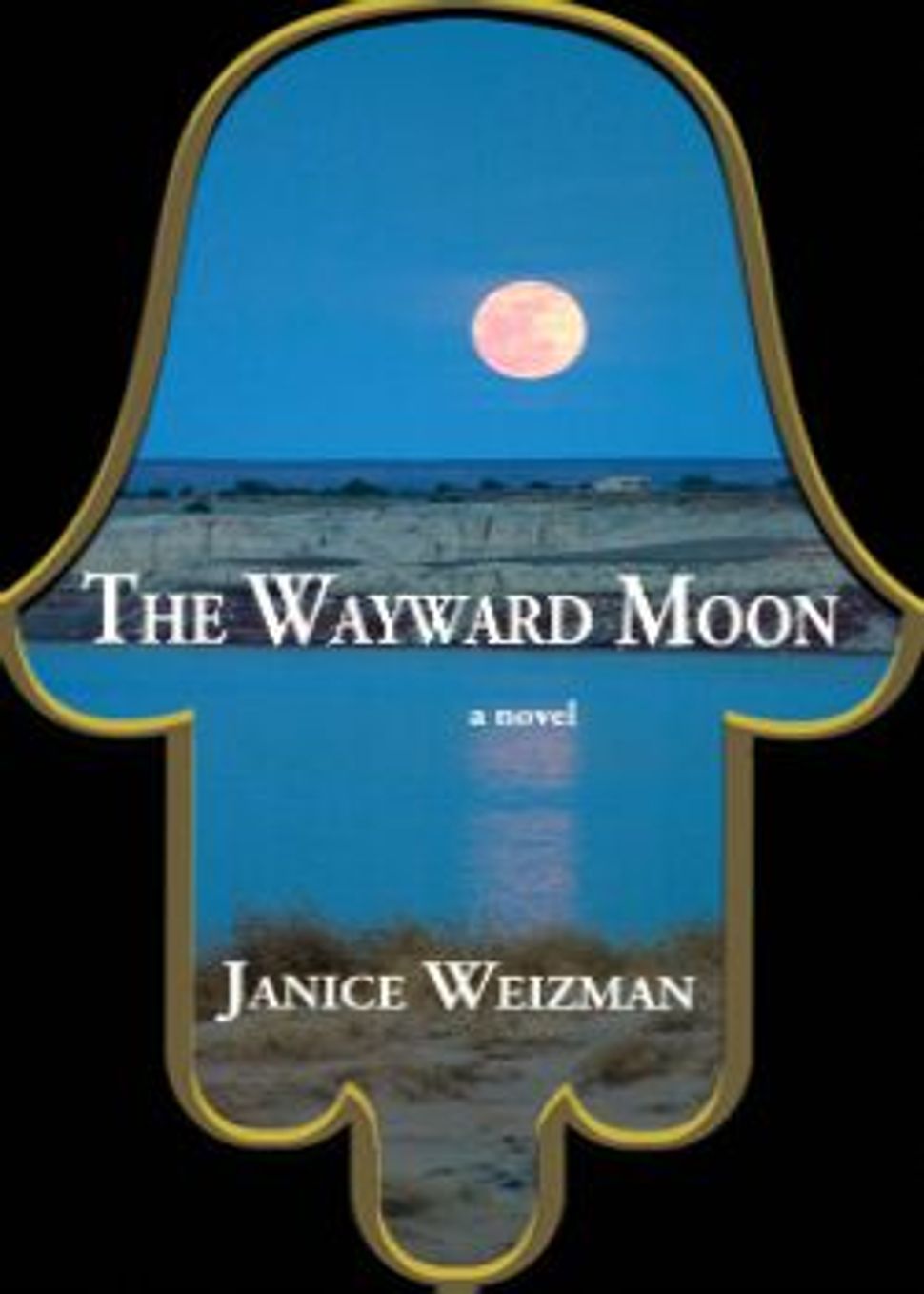 Our lives can change in an instant, which is exactly what happens to Rahel bat Yair, a 17-year-old girl about to be engaged to be married. Mere minutes after her father’s enemy arrives at her home as she gets ready to meet her betrothed, the sheltered teenager is forced to flee and assume a new identity. Her journey is dangerous — even brutal — but it is also expansive.

Rachel is the protagonist of Janice Weizman’s debut novel, “The Wayward Moon,” which was recently named a finalist for the Midwest Book Award. In the novel, Weizman, the founder and managing editor of The Ilanot Review, transports us to what is now Iraq in the 9th century, the Golden Age of Islam — an unusual period for a Jewish historical novel with a female heroine.

The Sisterhood asked Weizman how she accurately evoked her novel’s historical setting, how the book is a reclamation of women’s history and the challenges of writing from a Medieval perspective when you live in a post-Enlightenment world.

THE SISTERHOOD: Why did you choose to set your novel in the 9th century, the Golden Age of Islam, primarily in the area that is modern Iraq?

JANICE WEIZMAN: As an Ashkenazi Jew born and raised in Toronto, there was nothing in my background that connected me with Islam. But I moved to Israel 30 years ago, and one of the things that drew me was the incredible cultural diversity, not just of the people, but also of the various historical and religious narratives. I had always been curious about Islam, but it was the phenomenon of suicide bombings in Israel, and then 9/11, that inspired me to enroll in a university course entitled, “The History of Islam.

Today, Islam is perceived as backward, primitive, violent and intolerant, but what we read and discussed in the course suggested that there was a time when it aimed to be just the opposite. At its height, Islam valued artistic beauty, international commerce, co-existence with other monotheistic religions, scientific inquiry and creativity. I’m intrigued by societies at their pinnacle of their development, and the Golden age of Islam is a classic example. In writing “The Wayward Moon,” I wanted to explore: What does it mean to inhabit such times? What is it like to be at the center of a progressive, stimulating and confident cultural atmosphere?

Was your having Rahel, a young woman on an epic journey, as your protagonist, a conscious decision to reclaim women’s history?

Yes. While I was researching the period, I was struck by the fact that in the Middle East, women have been almost entirely absent from public life. Their role in society and their contribution to it was generally devalued, and their voice was almost never heard. This seemed to be a common aspect of Muslim, Christian and Jewish society.

The classic epic is one in which the hero (who is usually male) sets out on a journey in order to seek his fortune and realize his destiny. I wondered, what if a woman of that time were to set out on such a journey? How would it look? What would be her concerns? How would the world receive her? And once she had been tried and tested by experience, what would that mean for the remainder of her life?

The book is crammed with a great deal of vivid period detail. What was your research process for writing this novel like?

Much of my research for the novel was typical for any historical novel — study, reading historical texts, pouring over Google Earth pictures, etc. But it also involved much more. Since I live in the Middle East, I’m familiar with much of the physical, architectural, artistic and culinary aspects of the region. As an immigrant, I observe the culture as an outsider, which means that I take nothing for granted, and nothing is mundane. In the book, I tried to convey the sensual power of life in this culture. The evening skies are a deep blue. Food is pungent and flavorful. Music often moves people to tears. The markets are a microcosm of the world.

I’ve traveled a lot in Israel, and also in Turkey, Morocco and Egypt. These are places where the synagogues, mosques, monasteries, religious schools, markets and traveler’s inns still thrive and have the power to ignite the imagination. But I also tried to move beyond the physical detail, and to capture the social norms and values as well. Music, literature, culinary practices and art, both modern and medieval, were all sources of authentic detail that helped me to better understand the essential nature of this culture.

In what way(s) do you identify with your protagonist?

That’s a complicated question. Rahel, the 17-year-old protagonist of the novel, is forced to set out on a journey for which she is totally unprepared. She has no choice but to make her way in a world that is threatening and ruthless, but also beautiful and fascinating. She makes mistakes and pays dearly for them. She encounters people with very different belief systems, and finds that there is much to learn from them. She discovers, through trial and error, that she is capable of overcoming terrible adversity and forging her own way. Though none of the events of the novel are based on personal experience, I could not have written this book if I didn’t, on some level, identify with her process of self-realization.

Were you concerned about being possibly perceived as anachronistically injecting a modern feminist sensibility into a narrative that takes place in 9th-century Muslim lands?

As work on the novel progressed, this became one of my main concerns. I had to be constantly alert to the fact that Rahel, the heroine, would have viewed her predicaments very differently than we do. It is this tension, between our post-enlightenment perspective and her medieval one, which shapes the experience of reading the book. What we would call physical suffering and abuse, she would call divine punishment. What we perceive as sexism and nepotism, she accepts as part of the inherent nature of the world. Ultimately, I wanted to explore the notion that we are blind to the ways in which our times, our language, and our society limit and shape us.