Giving a Voice — and a Name — to Noah’s Wife 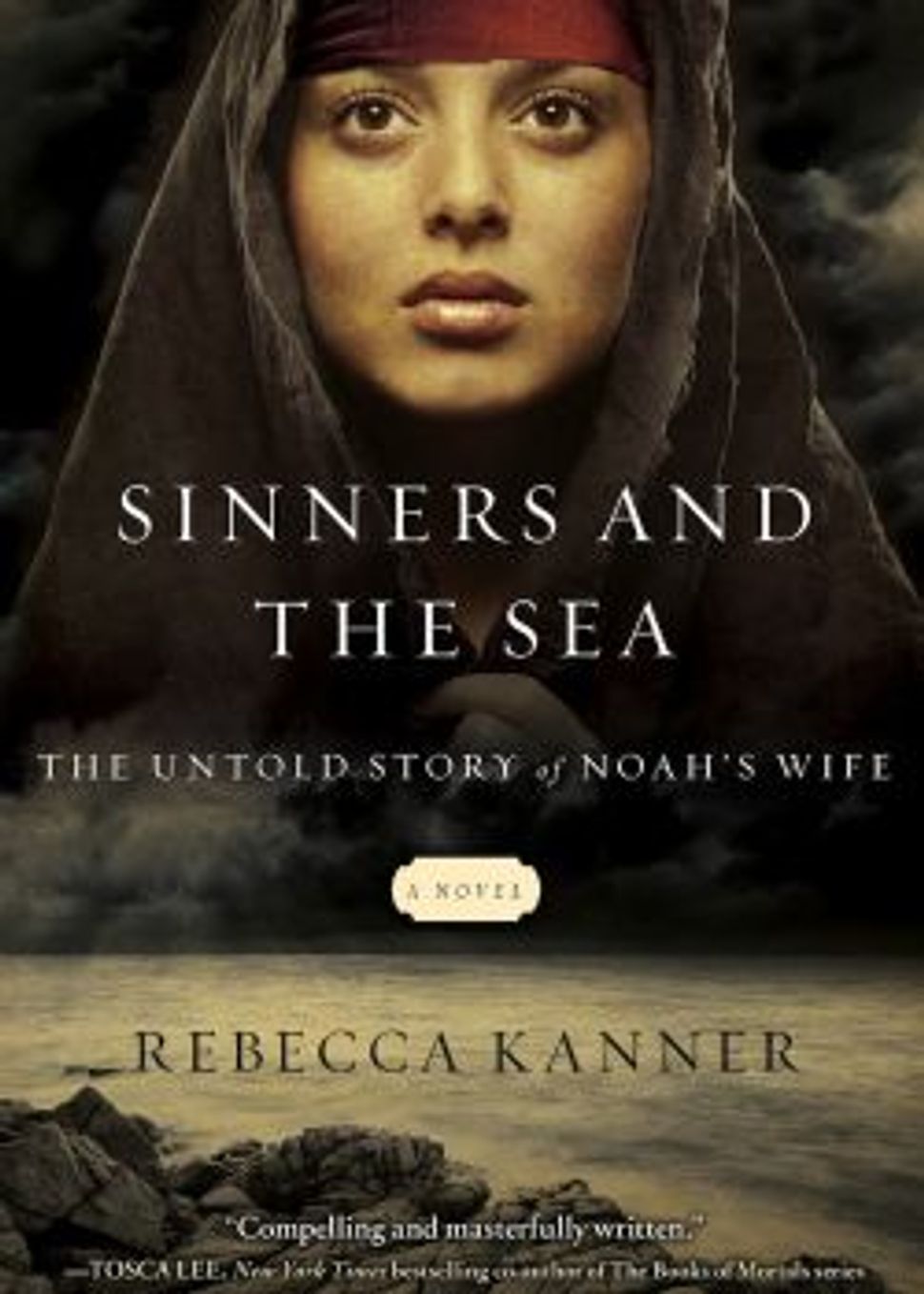 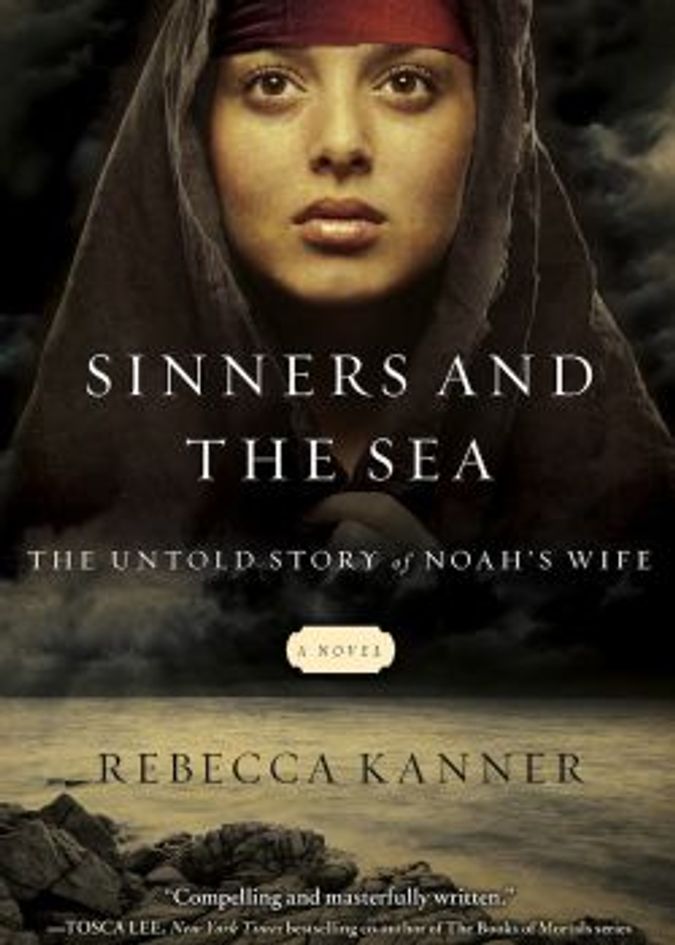 These days, we attend more closely to the role of our biblical matriarchs. But while Sarah, Rebecca, Leah and Rachel occupy the spotlight, most of us haven’t thought much about another female antecedent: Noah’s wife.

Rebecca Kanner’s new novel, “Sinners and the Sea,” imagines the experiences of that woman. In a recent interview with The Sisterhood, Kanner, who is based in Minneapolis, talked about the book.

**THE SISTERHOOD: Rebecca, I understand that your interest in Noah’s wife can be traced to your early education in a Jewish day school. Please tell us about that. **

I attended Talmud Torah Day school as a child. The women of Genesis were very present for me, especially Sarah, Rebecca, Rachel and Leah, because my teachers added them to the Amidah each morning. I got to begin each day with these women. They were the teachers and friends of my youth.

As an adult I was surprised to find that I couldn’t remember any details about Noah’s wife. I went back and read the story of the flood, and saw that she was only mentioned in passing. She was never even named. Without a name, it’s hard to talk about her, or even to think about her. I wanted to bring her to life. If she raised her family amongst sinners and brought them through the flood to the new world, she performed a great task and surely had a story to tell.

For readers who haven’t yet met her, how would you describe the heroine of “Sinners and the Sea”?

In coming up with my own midrashic interpretation as to why Noah’s wife wasn’t named in Genesis, I quickly dismissed the easiest and therefore least interesting possibility, which is that she had a name but was so unimportant it wasn’t mentioned. When “Sinners and the Sea” begins she actually doesn’t have a name. She is born with a birthmark that many think is the brand of a demon; her father hopes that if he doesn’t name her, it will be harder for people to talk about her.

Because of this birthmark and the way she is reviled in her village, she’s somewhat timid at the beginning of the book. Later, as she tries to keep her sons from becoming as sinful as those around them, and as she deals with having an aloof husband who speaks more to G-d than to her, she has to call upon strength she doesn’t know she has. She doesn’t have a choice. Once they board the ark, and Noah thinks G-d has forgotten them, she steps up to hold her family together and lead them to the New World.

She moves from fear to gratitude as she realizes that her birthmark, which she has hated her whole life, has saved her. Without it, she wouldn’t have made it onto the ark. This plot point was important to me, because I wanted to convey that those things we hate most about ourselves and wish to have removed can end up being assets and perhaps even saving us.

**“Sinners and the Sea” not only gives us a full characterization (and, ultimately, a name!) for Noah’s wife, but it also depicts Noah’s daughters-in-law — the wives of Shem, Ham and Japheth. Please tell us a bit about these women, and how you came to present them. **

Ona, Shem’s wife, is almost unbearably beautiful. Noah’s wife notes: “Any man would have been happy to have her for a wife. Any besides the one she chose.” Despite this, she has a large victory at the end of the book.

Herai, Japheth’s wife, is teased for being “slow.” This “slowness” helps her maintain her innocence in a town of sinners.

Zilpha, Ham’s wife, is a seven-year-old who is believed by some to be a prophetess who will live to be 700 years old. This is why she won’t go into the sun or roughen her hands with washing and scrubbing. She says, “This skin, these eyes and the bones of my fingers need to last me another six hundred and ninety-three years. The flood is only one tiny piece of my journey. I cannot spend all of myself on it.”

Your novel has been compared to Anita Diamant’s “The Red Tent,” and, in fact, you and Diamant share a literary agent. Have you and Diamant met? What have you discussed with her?

I actually contacted Anita a year and a half ago, shortly after finishing “Sinners and the Sea.” I told her how inspiring “The Red Tent” was and asked her if she had any advice for me about publishing. She didn’t give me a lot of specific advice but she was very encouraging. I will meet Anita when we are on a panel together at the University of Minnesota Sept. 26. I will ask her how her life changed after publishing “The Red Tent.”

I would also like to ask her how she handles negative feedback from religious extremists. I don’t know to what extent Anita has experienced this but “Sinners and the Sea” has only been out since April 2. While most of the feedback has been very positive, already there are some very angry blogs and comments from people who object to any mention of fighting or sexual immorality in the book — which leads me to wonder what sort of sinning they think caused G-d to drown the inhabitants of the earth and begin again — or the portrayal of G-d. One blogger said no Christian should read “Sinners and the Sea.” Another posted a link to an article about me and another Jewish woman from “The Pioneer Press” and advised people to read it so they could see how wrong my view of G-d is. While these reactions are a small minority of those I’ve received, they’re still unsettling. But I suppose I’m mostly happy to have any reaction at all, as I spent many years toiling in obscurity. I’ll take the good with the bad.

Giving a Voice — and a Name — to Noah’s Wife