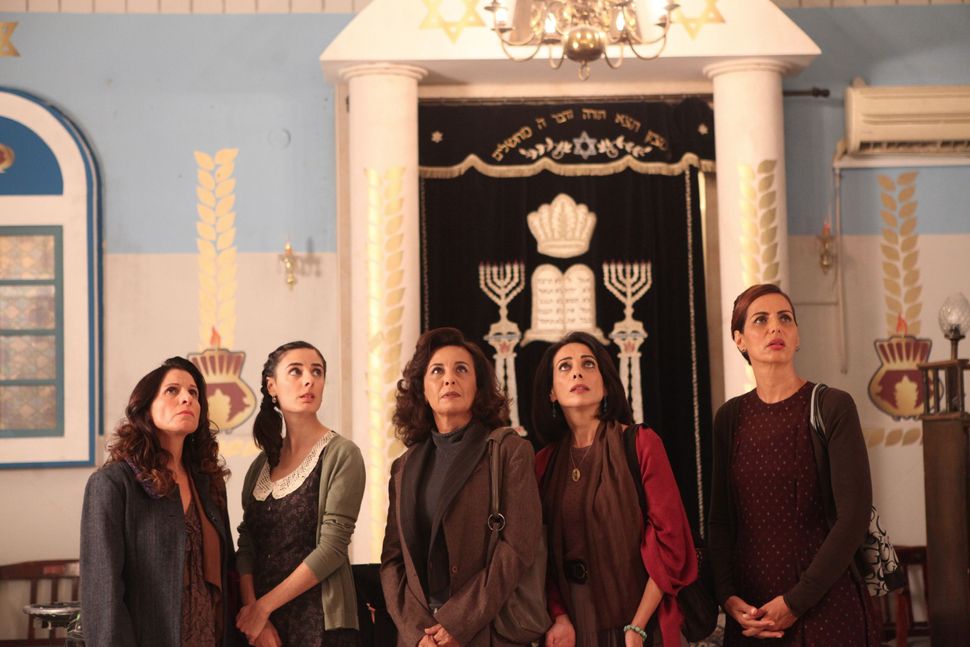 Film still from The Women’s Balcony. Image by Menemsha Films

I was not raised in modern Orthodoxy; I married into it.

And as I read Tova Mirvis’ memoir, The Book of Separation, it often felt as though I was reading my own misgivings and hesitations.

Her book opens with a chronicling of her first Rosh Hashanah, after leaving her marriage and Orthodox Judaism. Mirvis grew up in the modern Orthodox community, married within it, and raised her children as such. She has a deep appreciation for the customs and beliefs she has lived her entire life, but the knot of doubt that she used to be able to push aside – does God really care if I drive on Rosh Hashanah, eat a non-kosher piece of pizza, or daven with the established prayers, and even, do I believe in God at all – has only grown, and she can no longer live her life as a lie.

Mirvis delicately traverses a new world, and treats her old one, the one her children still live in with their father, with much respect and even love. She does not leave Orthodoxy for lack of love, but for lack of belief.

Like Mirvis, I have always lived with that knot of uncertainty; I have always questioned what in this religion is real, and what truly matters. I know I’m not alone.

As Mirvis sits in Rosh Hashanah services and questions her beliefs and God’s presence in her life, she looks at those around her in the synagogue and thinks, “Surely inside some of these minds burned this strange fire, these same doubt-riddled thoughts.”

And surely, that is true. I have met few people who have never had similar questions.

As someone not raised in modern Orthodoxy, but as an observant Conservative Jew, my questions usually delve into why I do certain things now, things that I never would have done growing up, that I never would be doing now, if not for the man that I married. I would not sit in shul with a mechitzah between me and my husband, if I had a choice. And so, as a result, I find myself rarely sitting in the pews at all, unsatisfied by what they have to offer me. I don’t particularly have a vested interest in the coming of the messiah and the rebuilding of the Temple in Jerusalem. And so, I sort of ignore those passages, or sing them for their melodies alone. I do not want my sons to grow up believing that their rights and obligations necessarily differ from that of their female counterparts. And so, as a result, I question out loud what they are taught in school, and what they see in synagogue.

Is it better to leave this world for one where I would be truly at home, if such a place exists; or to remain and just not participate in the aspects I don’t enjoy, and question those I do not believe?

And while in a Conservative synagogue, I am drawn to the melodies, and I appreciate the warm and friendly environment, and I love that I can sit next to my husband, the questions don’t cease. There, the questions look more like, “How can they justify driving on Shabbos when it clearly goes against halacha? And, “When the community at large doesn’t follow the laws as proscribed by halacha and the Rabbinical Assembly, then what’s the glue that keeps this community cohesive?”

And finally, the old reliable, “Does God really care anyway?”

What I’ve come to learn about myself is that while I love Judaism deeply, I equally love to question it.

For me, the answer is to stay where I am with my husband, raising our sons in a modern Orthodox community where questions are tolerated, and to never stop asking them, loudly.

For Mirvis, that was simultaneously not feasible and not fulfilling. With extreme courage, she forged her way to something that feels real to her. She had to leave what she knew in order to find it.

I don’t think leaving would bring me fulfillment, though I do believe there are ways I could branch out more to strive for it. I do not buy into much of modern Orthodox ideology.

But, the traditions and rituals I was raised with are not so dissimilar to those of my husband’s, and they bring me comfort. I hope they will bring comfort to my children as well. And when they grow older and begin to ask question themselves? We all question, don’t we? Some of us find our answers within these rules and restrictions; some, like Mirvis, find them only by leaving; and some of us are just meant to continue on, poking, prodding, probing.

Talia Liben Yarmush lives in New Jersey with her husband and their two young sons. You can find more of her writing at www.TaliaYarmush.com.