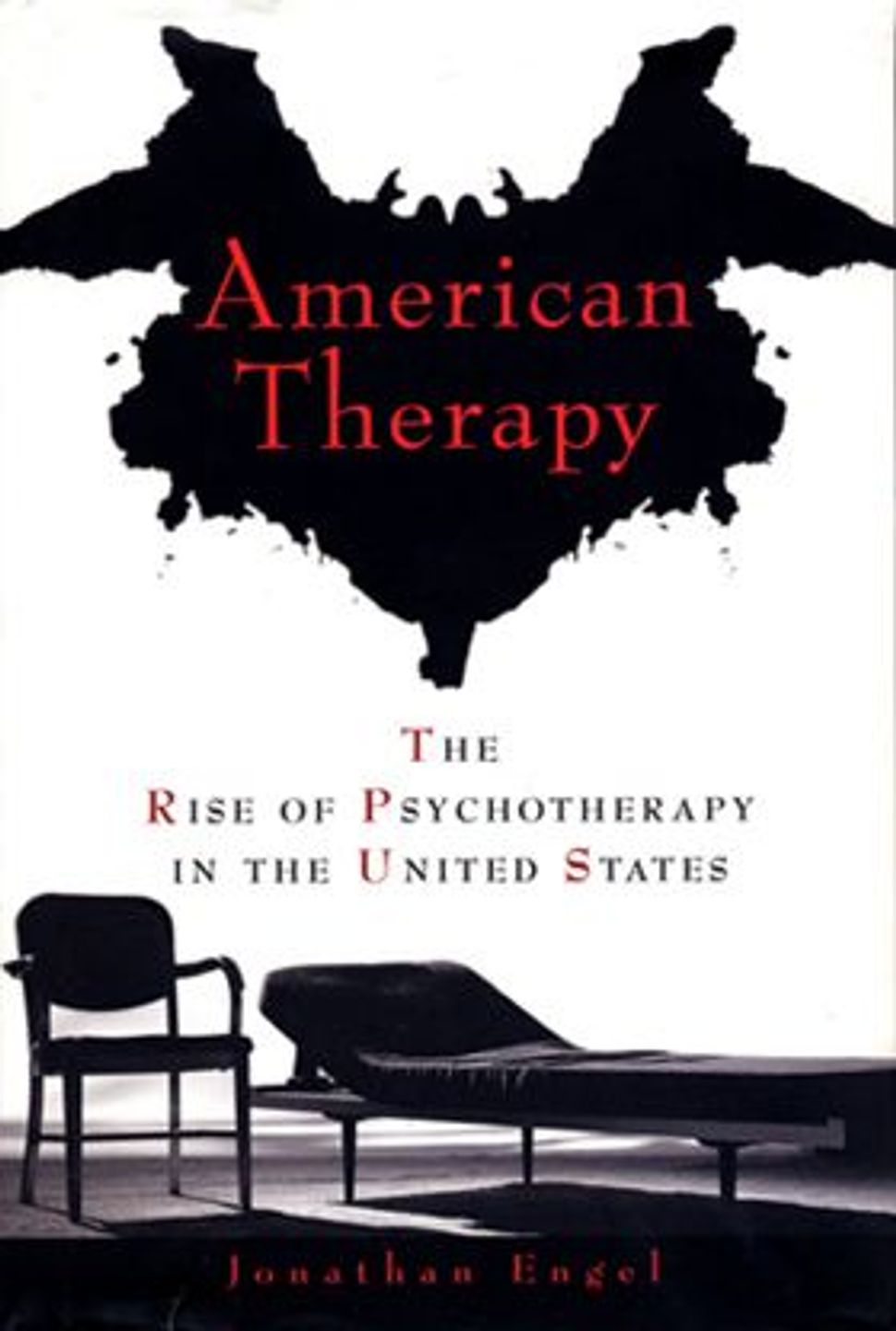 Although the Pentagon recently decided against awarding the Purple Heart to veterans suffering psychological trauma as a result of war, America has come a long way in acknowledging the prevalence of mental distress — whatever its source — and embracing psychotherapy as a treatment. The evolution of the so-called talking cure during the second half of the 20th century is the subject of Jonathan Engel’s new book, “American Therapy: The Rise of Psychotherapy in the United States.” In the book, Engel explores America’s early affinity for “the Jewish science of psychoanalysis, ” the subsequent decline of the analytic movement, and the techniques that replaced it. The author, a medical historian and professor of health care policy New York’s Baruch College, sat down recently with the Forward’s Gabrielle Birkner to discuss psychotherapy’s Jewish forebears, psychiatry’s extreme makeover, and what we can learn about human behavior from President Obama. 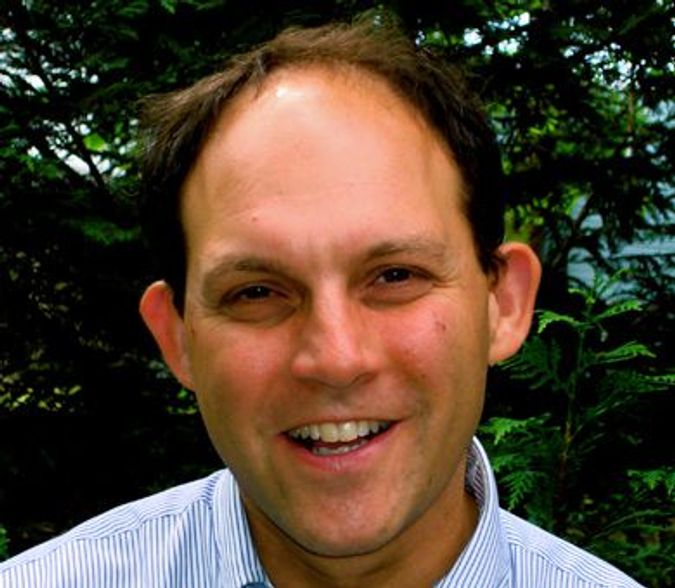 Jonathan Engel, the author of ?American Therapy: The Rise of Psychotherapy in the United States,? says that psychoanalysis is dead. Image by COURTESY OF JONATHAN ENGEL

Gabrielle Birkner: Your previous books have focused on American health policy — in regard to topics such as AIDS and Medicaid. What drew you to the topic of psychotherapy?

Jonathan Engel: I wrote my undergraduate thesis almost 25 years ago on the early psychoanalytic movement and its relationship to the Viennese Jewish community. Of the original 13 members of [Sigmund] Freud’s circle, Carl Jung was the only one who was not Jewish. That was partially because these physicians were being marginalized in Austrian society because of anti-Semitism. If you wake up one day and realize that there’s no room for you in the other guy’s club, you start your own club. The patients were also 95% Jewish.

Why were so many of the patients Jewish?

There were a lot of upper-middle class Jews in Vienna, and analysis was expensive. And, if you think about it, it was really weird to lie down on a couch five days a week and talk about these strange sexual fantasies — especially when you consider the mores of 19th century Victorian society. So this was really counter-cultural. Maybe the Jews were a little more open to counter-cultural movements because they were socially marginalized. If people don’t like you to start with, there is less at stake.

How did a thesis about psychoanalysis in Vienna morph into a book about psychotherapy in America?

There seemed to be a missing book, in that almost no one is doing psychoanalysis anymore, and almost no one is going to see a psychiatrist for psychotherapy. Psychotherapy is wildly popular, but it is no longer psychiatrically driven, nor is it psychoanalytically driven. America during World War II is really where the roots of what we think of today as modern-day psychotherapy are — not with Freud. There were a lot of people coming home from the war who were compromised and needed help functioning at a higher level. Neither psychiatry nor the psychoanalytic movement was equipped to handle the great demand of the returning GIs.

The VA hospitals were very proactive, and they started bringing in PhD psychologists and social workers to do psychotherapy and counseling.

Why is psychoanalysis no longer a part of mainstream psychiatry?

Outcomes research starting in the 1950s showed that psychoanalysis wasn’t working, or that if it was working it was very slow, and the analysts turned a blind eye to the numbers. Clearly, it is possible to achieve results in psychotherapy — not perfect results, but results — in four to six months, and here the analysts were talking about five years, five times a week. It was absurd. If you are practicing medicine that is so at odds with prescribed treatment protocols, at some point you set yourself up to be liable for malpractice.

Is there any place for psychoanalysis in psychiatry?

It’s one thing to say, “I use a psychoanalytic approach” — we talk more about your mother, we talk more about your childhood — “but I combine it with antidepressants and other treatment methods.” That’s okay, but if you say that there is no room for clinically effective anti-depression medication you’re effectively no longer practicing medicine. In recent years, psychoanalysts have become more receptive to medication, but many are still quite anti-drug.

Most psychiatrists today would actually like to do some psychotherapy. Many of them have trained in psychotherapeutic techniques. But they can earn substantially more by practicing psychopharmacology rather than psychotherapy. 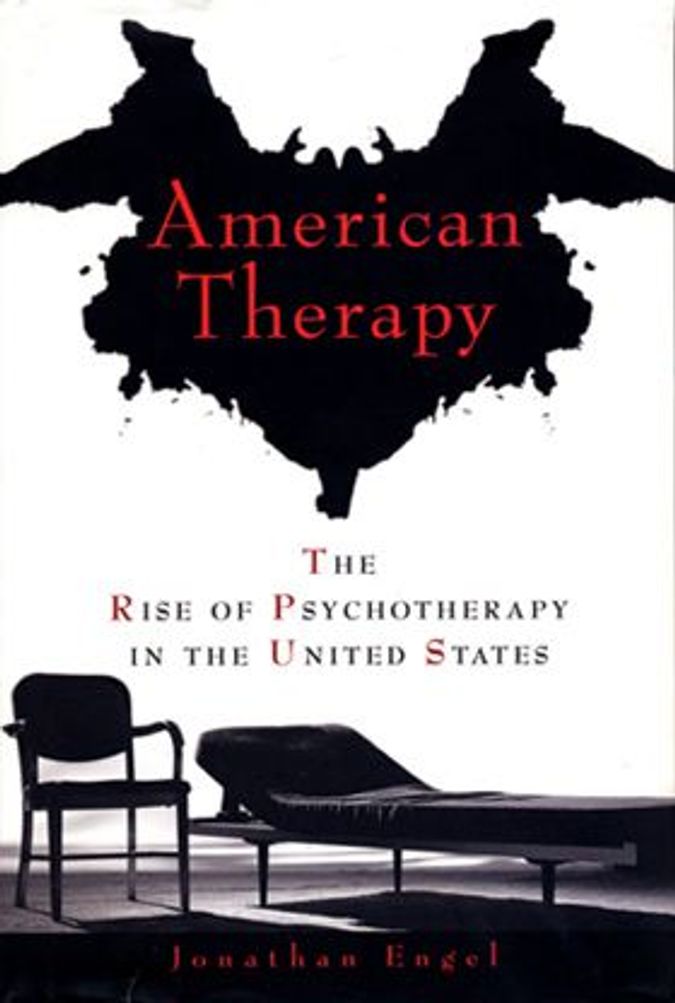 In ‘American Therapy,’ why do you come down hard on those who oppose psychiatry?

For someone who is very suspicious of government, paranoid and conspiracy-oriented, it’s a very frightening idea to have a government-owned hospital in which the government can place you against your will and medicate you involuntarily. But the idea that the government is using psychiatry to control people’s minds is a gross distortion. In fact, the government is hiring independent-minded, independently trained physicians who are using drugs to the best of their ability to heal people.

What qualities make a good therapist?

Empathy and intelligence, combined with a certain formality. Going out for a beer with a friend doesn’t do it. There needs to be a formal structure to guarantee confidentiality and safety, so that you can speak candidly in a way that one often does not speak with friends or family. Beyond that, philosophical orientations and orthodoxies it do not seem much to matter. I will say, however, that cognitive-behavioral therapists do better with many anxiety disorders.

Some people are inclined to think rigorously in a situation, while other people allow their emotions to take control. But you can learn to modulate some of the anxiety and franticness if you are so taught, and cognitive-behavioral therapists more consciously teach. Barack Obama, for example, clearly has enormous mastery over his emotions. He’s able to say, “I’m not going to get upset about this.” Partially he was born with that, but I suspect that he’s also learned to do that.

Is there still a Jewish character to therapy?

Psychotherapy did start out as heavily Jewish, but that is much less true today. It has become very broad and populist. I think that there is a general recognition that life is hard, and that even very healthy people can fall apart and require help getting back on their feet. Therapy is not just for neurotic New Yorkers anymore.

Back to psychoanalysis for a moment. If the treatment was so ineffective, why did it take off?

Freudian analysis was the first promising ticket. If you talk to doctors who trained in the 1930s, they’ll tell you that mental patients came in and there was nothing the doctors could do for them. Psychoanalysis was hardly a panacea. It was slow, it did not work that well, but at least it was something.

And after there were other effective therapies, why did it remain so influential for so long?

At the very peak of its popularity in the early 1960s, only one out of six U.S. psychiatrists were trained in analysis, but they were the elite. They disproportionally chaired training programs in psychiatry and headed up the prestigious private mental hospitals. It was not until about 15 years ago that the institutional structure really began to topple. Long after America as a population had moved on from psychoanalysis, the analysts managed to hold onto clinical authority — past the time that outcomes results and economics determined that there influence should ebb.

Do you think psychoanalysis will ever rebound?