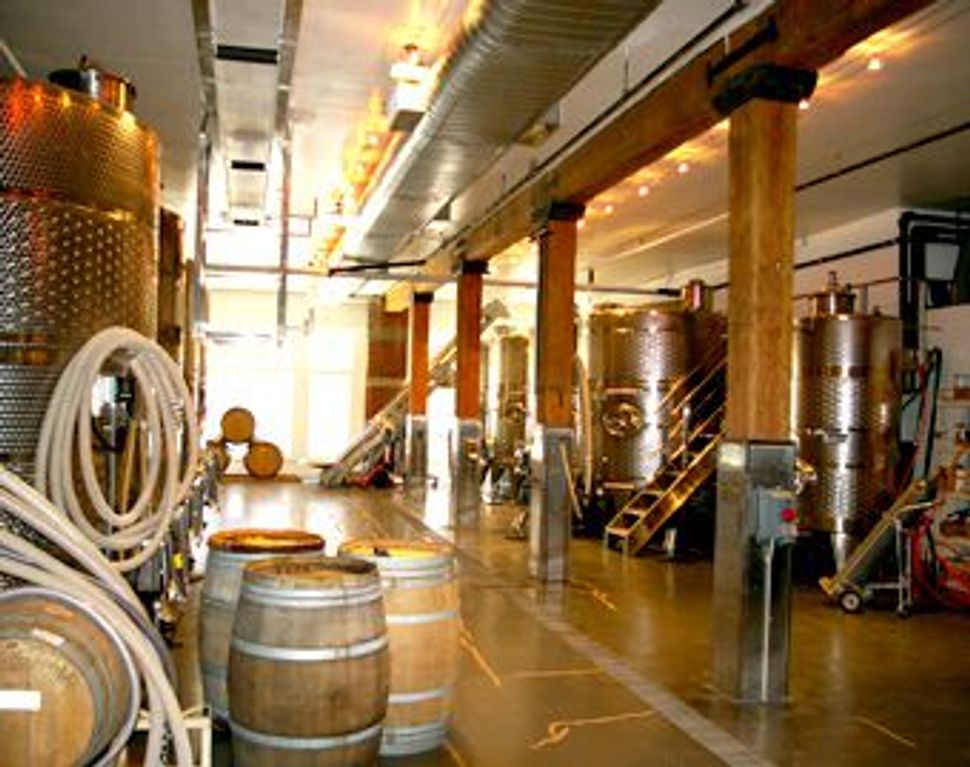 Good Cheer: The City Winery, which is also a music venue, is Manhattan?s only kosher wine-making facility. Image by CHRISTIAN JENSEN

Is it possible that the vibrations of New York City’s subway lines could be an unforeseen new contribution to winemaking?

“There’s been no scientific research about the consequences of vibrations on winemaking,” said David Lecomte, head winemaker at City Winery, as we sat in the basement conference room of the new winery and concert venue in downtown Manhattan. One wall of the room is glass, and as the trains rumble below, visitors can look out at the extensive cellar filled with oak barrels of wine made on the premises.

Some barrels, Lecomte told me, have anti-vibration bricks placed beneath them to combat the shaking; other barrels don’t. “We’ll just have to wait and see how they turn out, about a year from now,” he said. 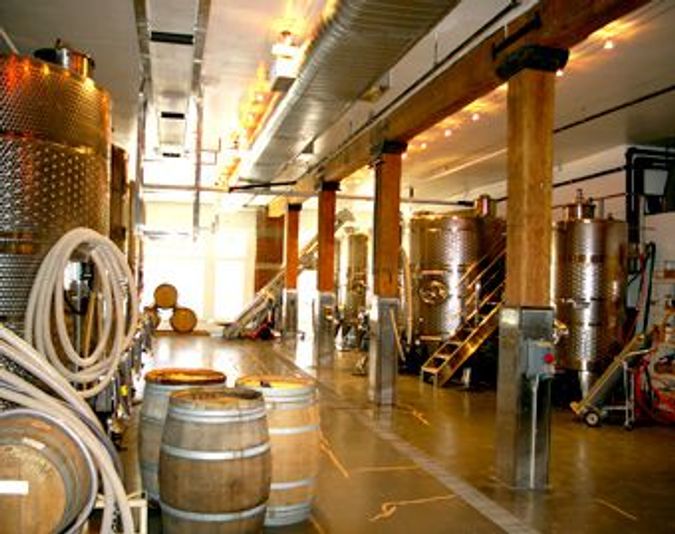 Good Cheer: The City Winery, which is also a music venue, is Manhattan?s only kosher wine-making facility. Image by CHRISTIAN JENSEN

City Winery itself seems like a delicious experiment. Billed as “New York’s innovative winery and seated concert venue,” it’s a 21,000 square-foot space filled with an eclectic range of music and wine-related activities, no small number of which have Jewish themes. Upcoming concerts within the next two months include Israeli artists David Broza and the Idan Raichel Project.

“It combines a lot of my interests,” City Winery’s founder and CEO, Michael Dorf, said with a smile. “It’s probably the most self-indulgent, selfish project I could ever come up with.

“I’m a Jew. I try to incorporate Jewish identity in everything I do.” And the haimish touch is evident throughout City Winery, from the weekly Sunday klezmer brunch, featuring artists from all over the world, to the kosher winemaking classes. The winery is now Manhattan’s only kosher winemaking facility since the Schapiro Wine Company closed its doors on the Lower East Side.

“I love the fact that we’re making kosher wine,” Dorf said. “It’s giving people who drink kosher wine the opportunity to have the winemaking experience.”

That experience is all-encompassing. Grapes are imported to, and crushed at, the Tribeca facility, under the able guidance of Lecomte and, in the case of the kosher barrels, Orthodox Union kashrut supervisors. Lecomte’s past experience includes work for Herzog Wine Cellars in California. As a result, he has an in-depth knowledge of the winemaking process and its particular kosher permutations.

“It’s very easy to screw it up. It’s really easy to make kosher wine unkosher,” Lecomte said after we had an hour-long talk about the difficulties, logistically and halachically, associated with the process (timing the winemaking and fruit delivery around the Sabbath and around Jewish holidays is only the tip of the kosher iceberg). “But if you have that in mind, it’s just mental gymnastics. You have to think about it constantly.” The mental gymnastics of the kosher winemaking process, plus the logistical calisthenics of getting grapes from thousands of miles away, make Lecomte’s job a veritable intellectual Olympics.

The ability to make your own barrel of wine at City Winery — everything from choosing grape varieties to working with Lecomte on decisions of barrel selection and blending — costs in the range of $6,000. Dorf pointed out that all the kosher barrels are sold out, and Lecomte said that he hopes to do a kosher Malbec in upcoming months.

City Winery is meant to appeal to the busy New Yorker who appreciates cultural one-stop shopping. “Post-9/11, things can and should have a little more meaning,” Dorf said. “It’s exacerbated by the economic downturn. People have a limited amount of time and resources. Here, you can experience all the things you want in an efficient way.”

He acknowledged that it’s a rough time to open a new leisure venue. “In writing my business plan a year ago, I didn’t expect the downfall of the entire economic world,” he said. But Dorf has a good track record for creating New York cultural landmarks. Twenty-four years ago, he opened the now famous music venue the Knitting Factory.

And Dorf has every intention of expanding his new brand. Perhaps the Old City Winery in Jerusalem lies in the future?

“Well, we did pick a very open name to trademark,” Dorf said.

*Jordana Horn is a writer and lawyer at work on her first novel. *