Shame of Sexual Abuse Among Believers 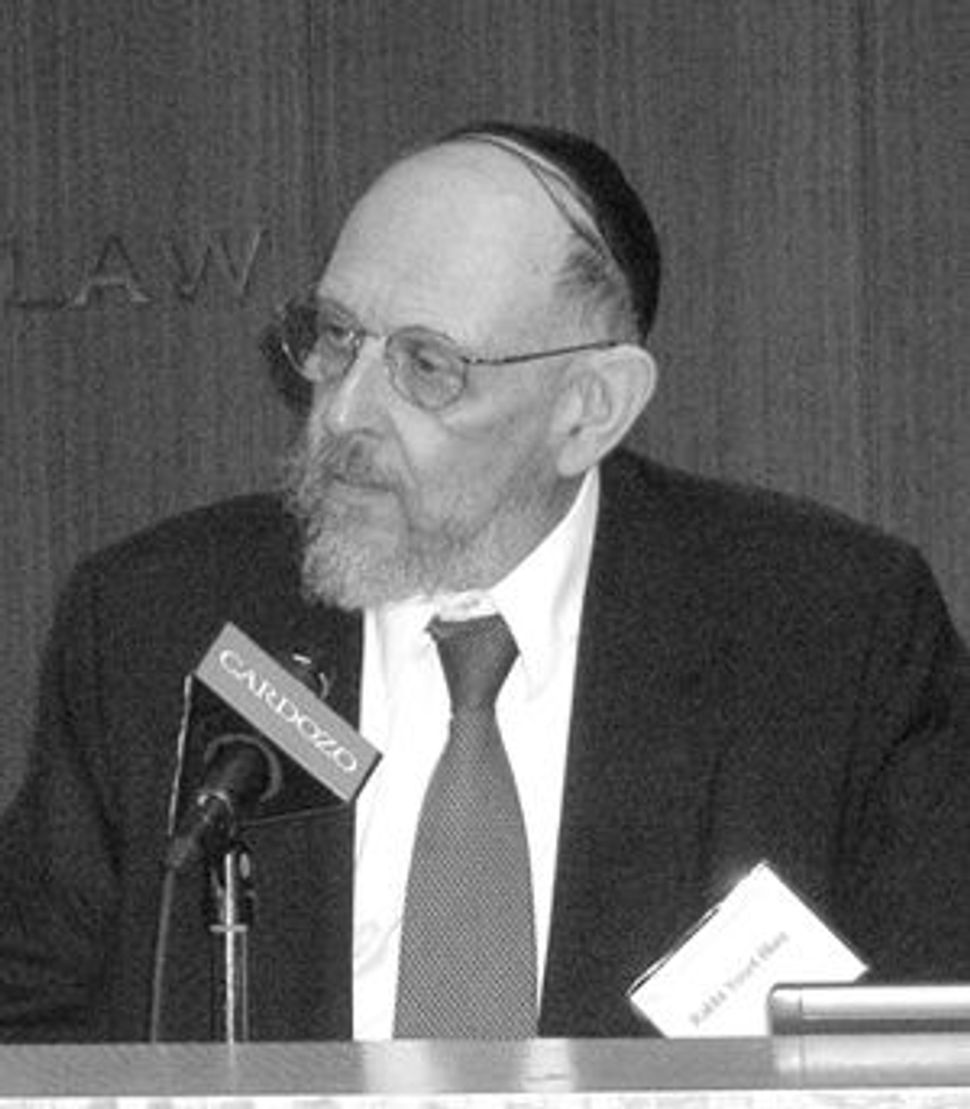 Diangelo grew up in a Hasidic community in Brooklyn. Jessop was raised in a polygamous compound, part of a fundamentalist Mormon sect on the Utah-Arizona border. 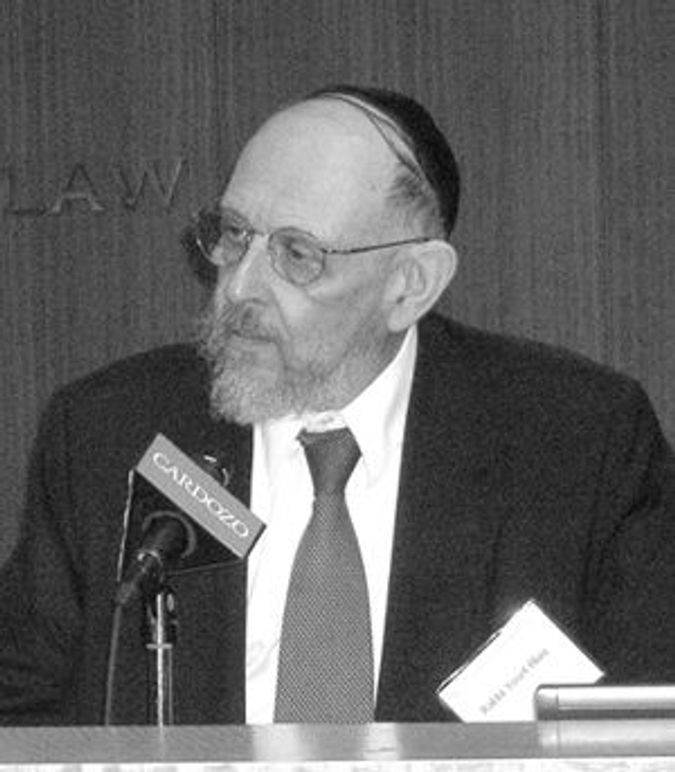 But as Diangelo listened to Jessop tell her harrowing tale of abuse, forced marriage, spiritual threats, rape and eventual escape, he found himself nodding in recognition.

“I thought she was talking about me,” Diangelo said. Raped in a mikveh as a boy, he is now estranged from his family. (He changed his last name after leaving Orthodox Judaism.) “She said it so perfectly,” Diangelo said, “how any complaints get shoved under the rug.”

The details may differ from a dusty Arizona desert to a bustling Williamsburg street corner. But experts at the March 2 conference, held in Manhattan at Yeshiva University’s Benjamin N. Cardozo School of Law, said that many strict religious communities offer similar advantages to sexual predators: adults who trust their religious leaders without reservation; reluctance to report abuse to outside authorities; and a culture, consisting of silence and shame, that conspires to keep victims quiet.

“It is a rule that the believers may not tell anybody else about the abuse,” whether among Orthodox Jews, Mormons or Catholics, said Marci Hamilton, Cardozo law professor and author of “Justice Denied: What America Must Do To Protect Its Children” published in 2008. “The big winner in that universe is the pedophile.”

There are no reliable studies on rates of child sexual predation in Orthodox Jewish communities. But when Brooklyn’s Democratic New York State Assembly Member Dov Hikind used his weekly radio show last year to invite individuals molested as children to contact him, he quickly compiled more than 1,000 accounts he considered credible from local listeners.

“If you’re a pedophile, the best place for you to come to are some of the Jewish communities,” Hikind said. “Why? Because you can be a pedophile and no one’s going to do anything.”

Studies of America’s general population indicate a rate of child molestation of about 25% for girls and 20% for boys, Hamilton said.

“There is no reason to believe that this rate differs in the Orthodox Jewish community,” said sociologist Hella Winston, who has studied the issue.

Close-knit Orthodox communities enforce the rule of silence with special vigor, said Rabbi Yosef Blau of Yeshiva University. Mesirah, the halachic misdeed of informing on fellow Jews to secular authorities, was once a mere prohibition, but it has been elevated to a virtual taboo, Blau said at the conference. That taboo may have made sense historically, when Jews lived in hostile nations surrounded by antisemitic authorities, but it doesn’t work for children in America.

“Every abuser knows how to throw around the term, to say, ‘How could you?’” he added.

Abuse and cover-up allegations have rocked the Orthodox world in the past few years, but so far they haven’t prompted the tidal wave of lawsuits that ultimately forced the Catholic Church to publicly address its history of such problems.

Recently, some prominent ultra-Orthodox leaders have acknowledged the problem exists. But many in the community continue to believe publicity around the issue is overblown.

Some observers have said that Orthodox Judaism, as an institution, is now where Catholics were a decade ago in terms of dealing with child sexual abuse by clergy. But there are some important nuances, Blau said.

Catholicism is highly centralized, with a clear chain of command from the lowliest parish priest right up to the pope. In the church scandal, senior clerics knowingly transferred priests accused of molesting children from parish to unsuspecting parish, allowing them to continue their pattern of predation.

In Orthodox Jewish communities, some yeshivas are also alleged to cover up for and protect rabbinic predators. Even when problems are identified, there is no central tracking system, and nothing to stop a rabbi fired for predation from getting a job with a congregation or school down the block or in another town.

Blau said that means that the only way to stop abusers is to report them to the secular authorities — no matter how strongly that runs counter to years of tradition and indoctrination against “informing.”

“Our obligation is to protect children. What we have to do is find a way of breaking the taboo,” Blau said.

David Framowitz, who in 2006 filed a $20 million lawsuit with others against Rabbi Yehuda Kolko and Yeshiva Torah Temimah for alleged sexual abuse, said getting Orthodox Jews to turn to outsiders for help will be an uphill battle.

The outcome of cases like Framowitz’s will make a big difference in the willingness of Orthodox victims and their families to report sexual abuse, Blau predicted.

“We take two steps forward, one step back. Lawsuits take a long time. If one of these suits actually wins a big judgment, then everything will change,” the rabbi said. “Recent revelations have begun to penetrate the denial, but we lack the internal means to deal with the crisis.”

Advocates for abused children are also lobbying hard for a bill before the New York State Assembly that would add five years to the statute of limitations on crimes of child sexual abuse, and create a one-year window in which people could file claims on old cases. The changes are desperately needed, Hamilton, the law professor, said, because many survivors of childhood sexual abuse don’t come to terms with their abuse until well into their 20s or later.

In the meantime, Blau said, the best hope for breaking the silence and ending the communal taboo lies not with leadership from powerful rabbis, but with anonymous voices on the Internet sharing their stories and questioning the status quo.

“Blogs. That’s what’s going to change it,” Blau said. “There are no secrets in the world of the Internet. You can’t control it, you can’t stop them.”

Recently, a group formed that consists of adults who say they were molested as children in the Orthodox community. Known as Survivors for Justice, the group members recognize the barrier that victim isolation poses to exposing and acting on the problem. The group offers those who have been through similar experiences a place to tell their story, and provides them assistance with the often intimidating process of going to the authorities.

Jessop, who has helped numerous other women and girls escape the Fundamentalist Church of Jesus Christ of Latter Day Saints, applauded the development.

Shame of Sexual Abuse Among Believers