An Evening of Song 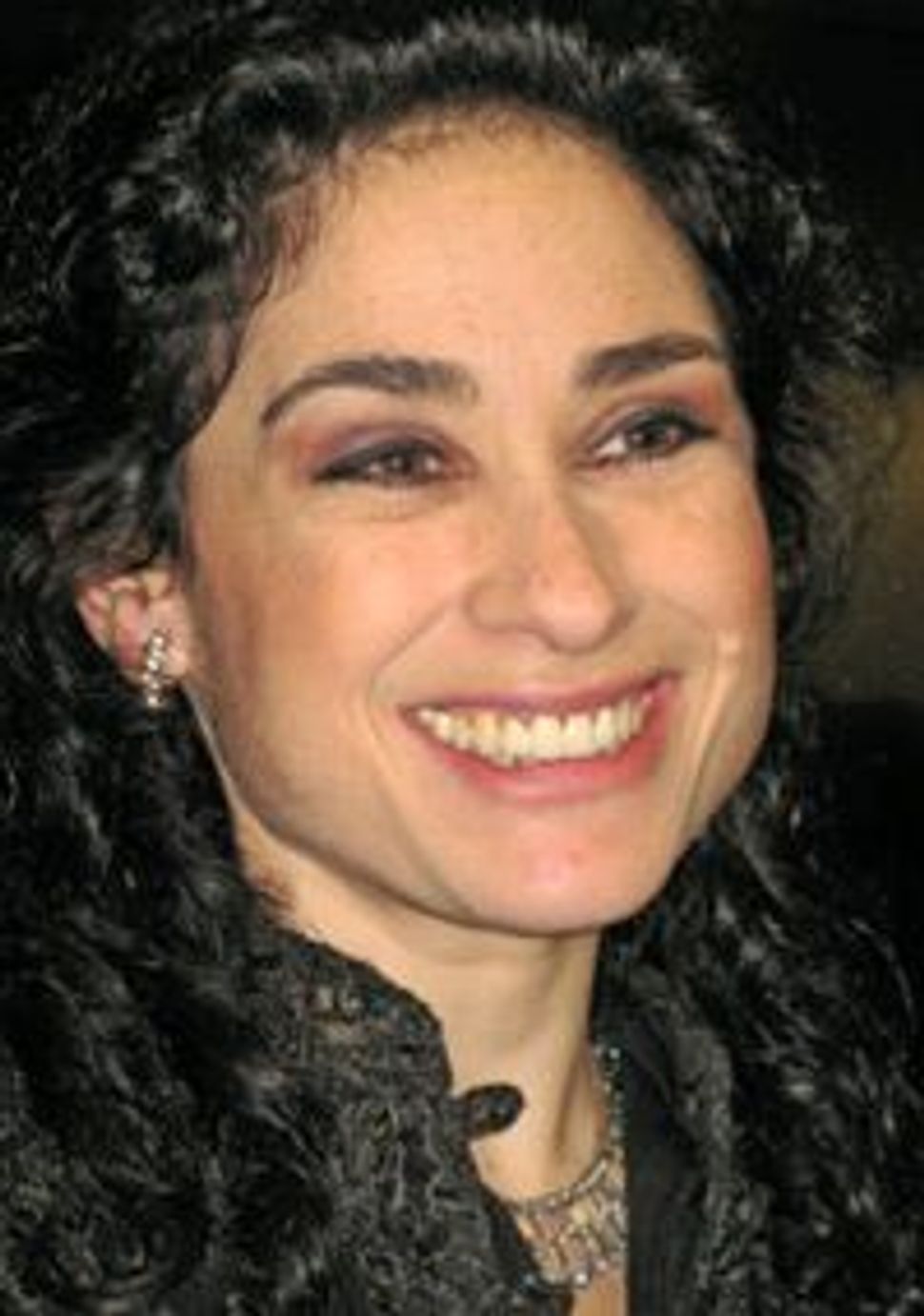 “VOICES FROM THE JEWISH DIASPORA” A MULTILINGUAL MUSICAL BANQUET 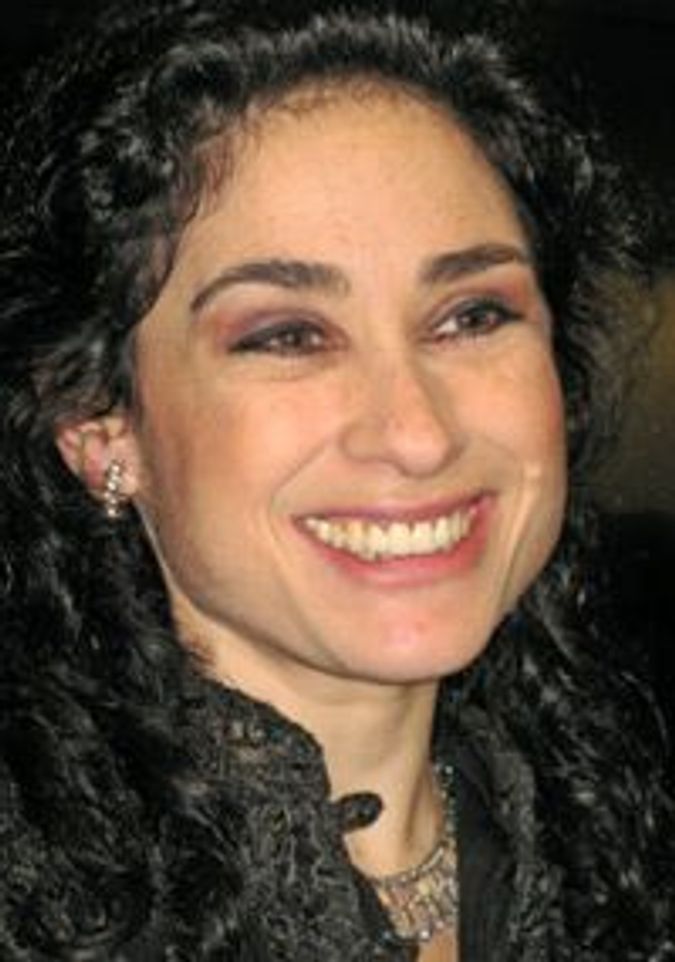 Picture this: Beautiful Haifa, Israel-born mezzo-soprano Rinat Shaham, in a décolleté gown, singing “Kaddish” (from “Deux Melodies Hebraiques,” set to music by Maurice Ravel). This was one of the unexpected delights of the February 10 New York Festival of Song’s “Voices From the Jewish Diaspora” program at the Kaufman Center, showcasing music and lyrics by Jewish composers and lyricists, as well as works by non-Jewish composers that focus on Jewish themes. “It still takes my breath away to hear the Kaddish sung outside of the synagogue,” noted Steven Blier, who co-founded NYFOS with Michael Barrett. “But 95 years after its creation, it is an elegant, ecstatic song that bridges the dramatic and devout.” Equally dazzling and audience pleasing were soprano Dina Kuznetsova and tenor Steven Goldstein in performances of works by Leonard Bernstein, Dmitri Shostakovich and Gustav Mahler. They also performed several Yiddish songs. The evening’s hit encore, sung by the trio of vocalists, was a 1921 piece by George Gershwin that had never before been performed in public — “one of the few pieces Gershwin ever wrote on an explicitly Jewish theme,” Blier noted.

Opening with a stunning wordless vocalization by Kuznetsova, Shaham and Goldstein, the program included Shoshtakovich’s “Sleep, Sleep, Sleep — Father Will Ride to the Village” (Shlof, shlof, shlof — Der Tate Forn Vet in Dorf, the Yiddish folk song “Oyfn boydem ligt der dakh” (“Atop the Attic Lies the Roof”), “The Partisan Hymn” (“Zog Nit Keyn Mol) by Hirsch Glick and Volt Mayn Tate Raych Geven (“If My Father Were Rich”), as well as music by Lazar Weiner set to a poem by A. Nissenson. For fun there was the Second Avenue musical delight “Sadie Salome,” music and words by Edgar Leslie and Irving Berlin, and “Mene Mene Tell,” an activist call to action from the hit show of “that other depression,” the 1937 “Pins and Needles,” music and lyrics by Harold Rome. The Bulgarian Ladino song “My Mother-in-Law the Evil One” elicited lots of chuckles and sympathetic head nodding.

Blier, who alternated at the piano with Barrett, offered informative asides (aka gossip) about the composers, lyricists and artists whose works were showcased. Of Mario Castelnuovo-Tedesco, whose “Ulai laze Yihie Li Omet” (“One Night I Gathered All My Strength”) was performed by Shaham in Hebrew, Blier informed: “When Mussolini came to power, Castelnuovo-Tedesco was forced to flee the land that had sheltered his family for 540 years. With Toscanini’s help, he resettled in Hollywood. The film industry kept him alive, and he became a teacher and mentor to musicians like Henry Mancini and Andre Previn.” Blier paid special tribute to the late, world-renowned Yiddish song maven and performer Martha Schlamme (aka “the female Theodore Bikel”), who inspired his interest in, and love for, Yiddish song.

Apropos Mahler and Anton Rubinstein, whose works were represented in this very Jewish program, the program notes inform: “At age 37 Mahler converted from Judaism to Catholicism to ensure the advancement of his career in an increasingly antisemitic turn-of-the-century Vienna. In Russia, Anton Rubinstein’s (1829–1894) grandfather forced the entire family to join the Russian Orthodox church. Like many such converts, he never completely found peace and stability in his new religion lamenting: ‘Russians call me German, Germans call me Russian, Jews call me a Christian, Christians a Jew.’”

Among the evening’s few members of the audience, who relished the Yiddish lyrics without need of transliteration or translation, was Samuel Waksal, whom I met in 2001 when, as CEO of ImClone, he was honored by Rabin Medical Center. During intermission at NYFOS, he recapped our then conversation, which we had in Yiddish, affirming his “soft spot for the Forward.” He told me that his first languages were French and Yiddish, and then recalled that in his 1960s dissertation on the Bund and Jewish nationalism, he “focused on Bundist leaders Arkady Kremer and Vladimir Medem.”

NJOP — KEEPING JUDAISM ALIVE THE OLD-FASHIONED WAY AND VIA TWITTER

“When I go to speak to a school, I put a face to my suffering,” Holocaust survivor Fanya Gottesfeld Heller said at the February 3 National Jewish Outreach Program dinner, which honored her with its Special Service Award. “I’m proud to be a Jew. I am passionate about my people,” Heller said. She described growing up in Skala, Poland, where out of a population of 1,400 Jews, “only 45 survived.… They were all shot on the spot, made to dig their own graves.” Heller, whose philanthropic projects include the Fanya Gottesfeld Heller Center for the Study of Women in Judaism, at Bar-Ilan University in Israel, declared: “I talk to mostly non-Jewish kids…. We have to have a dialogue… I go to Jewish schools… the Jewish kids don’t know who they are, where they come from, where they are going.” Rabbi Ephraim Buchwald, who founded NJOP to help stem the tide of assimilation, told the crowd at the Waldorf-Astoria: “We will reach them whether through old technology or new technology. We are the old kid on the block with the newest cutting-edge messages.”

“We are reaching thousands through such innovative programs as Jewish Treats and Jewish Tweets, Facebook, MySpace and Twitter,” Buchwald continued. “We don’t want our children, our sons and daughters, our brothers and sisters, to walk away.… We are blogging away with them, keeping them involved, keeping them connected…. We have reached more than 1,054,000 North American Jews, to say nothing of the additional tens of thousands in 37 other countries..…We are so proud of the numbers we have reached: Seven hundred and forty-five thousand Jews have attended Shabbat Across America/Canada; 213,000 have learned to read Hebrew through Read Hebrew/America/Canada; 79,000 have taken the ‘Crash Course in Basic Judaism.’ He touted NJOP as one of the earliest proponents of Twitter. “I am happy to say that tonight’s dinner is being ‘Live Tweeted’ via Jewish Tweets.

In a film filled with photographs of family members, friends and townsfolk that chronicled Heller’s life in Skala, where she was born in 1924, Heller recalled: “Of my high school classmates, three were left — we just buried one — so there are only two of us left.… When the Soviets came, I was taught to spy on my parents and grandparents. Then the Nazis took over.” For two and a half years, she and her family survived “in a crouched position in a cave beneath the chicken coop of a poor Polish peasant farmer.” Heller, who recounts her survival story in her book “Love in a World of Sorrow,” has earned several undergraduate and graduate degrees, as well as two honorary doctorates. She is also a recipient of the Louis E. Yavner Citizen Award from the New York State Board of Regents, in recognition of her contributions to Holocaust education.

“I am passionate about being Jewish. I want my children to be Jewish,” declared Heller, who takes pride in her three accomplished children and sheps nakhas at having eight grandchildren and seven great-grandchildren.

The evening also honored NJOP supporters and philanthropists Dana and Adam E. Fine, the Melon family and Sarah Domb Amsalem, a sixth grader at the Hillel School of Hollywood, Fla., whose fundraising projects for NJOP reflected the imprint of her grandfather Sam Domb. Of Domb, a Holocaust survivor and major NJOP supporter, Buchwald said: “Mr. Sam Domb is not only our friend, he is the friend of Klal Yisrael. He is a friend of all people. He was one of the very first to call a parlor meeting to benefit the victims of Sri Lanka and to raise funds to help them rebuild after the tsunami.”

An Evening of Song