Why is This Haggadah Different From Others? 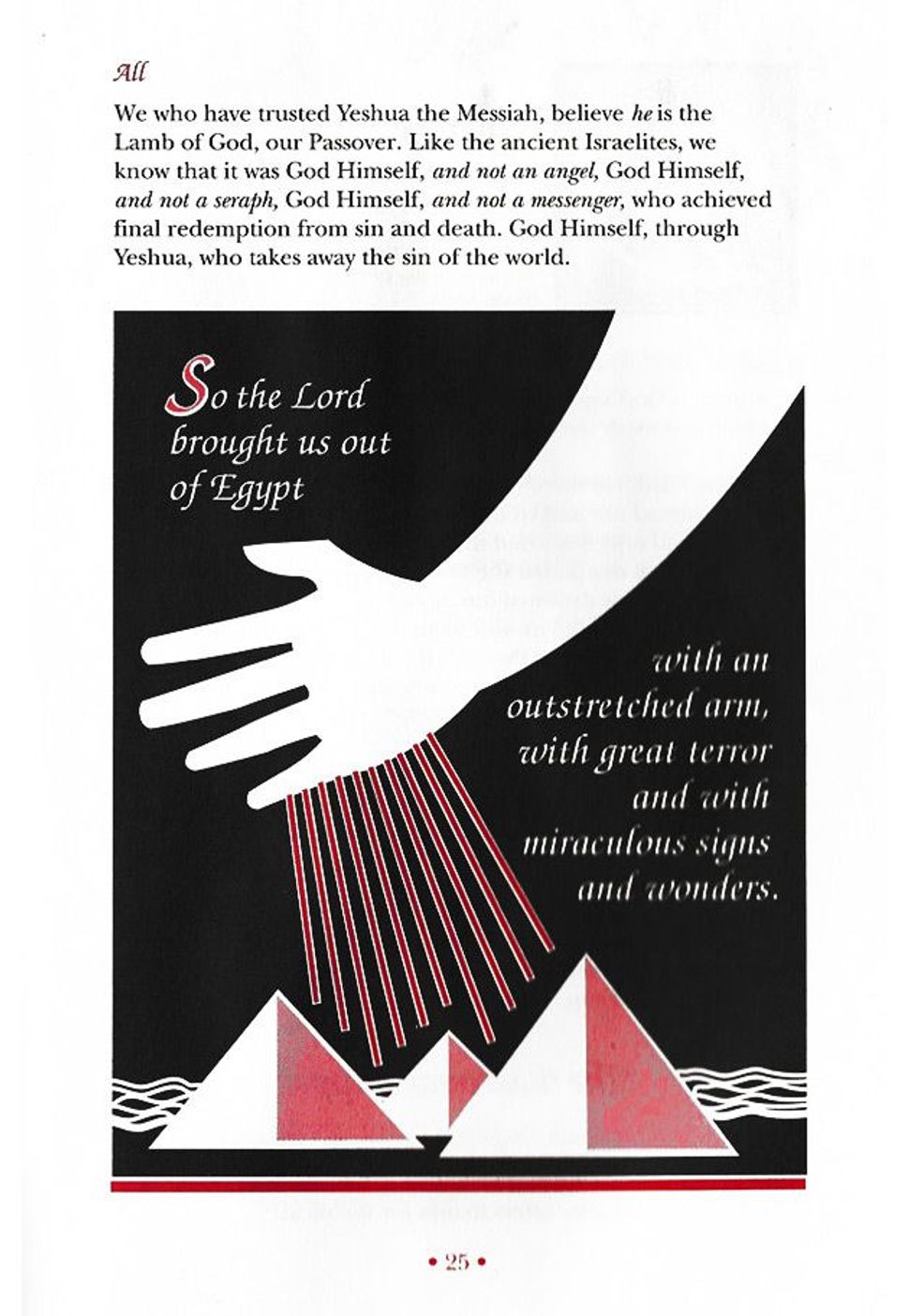 Arm Outstretched: This page reads, ?We who have trusted Yeshua the Messiah ? believe he is our Passover.?

Here’s a Passover riddle: When is a Haggadah not Jewish?

Answer: When it’s got more Jesus than a matzo has holes. 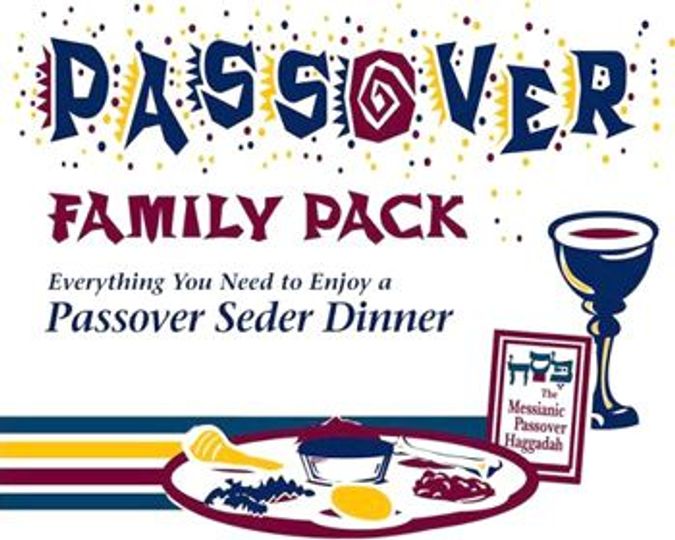 A Jewish anti-missionary group has succeeded in persuading Barnes & Noble booksellers to reclassify a Passover guide from a “messianic Jewish” publisher as Christian, rather than Jewish. The group is also pressuring Amazon.com and Wal-Mart to make similar changes.

If you judge a book by its cover, “Passover Family Pack: Everything You Need To Enjoy a Passover Seder Dinner” looks like a traditional holiday starter kit. A festive drawing adorns the front of the package, which includes a Seder plate, a Kiddush cup, two copies of the Haggadah and a cassette tape of music, all for $39.99.

But a few pages into the Haggadah, it becomes clear to observant Jews that something is fishy — and it’s not the gefilte. The guide recasts the story of Passover as a mere setup for the arrival of “Yeshua the Messiah”: The text says the wine represents the blood of Jesus; the matzo represents his body; the three matzot represent the Christian Holy Trinity, and so on. 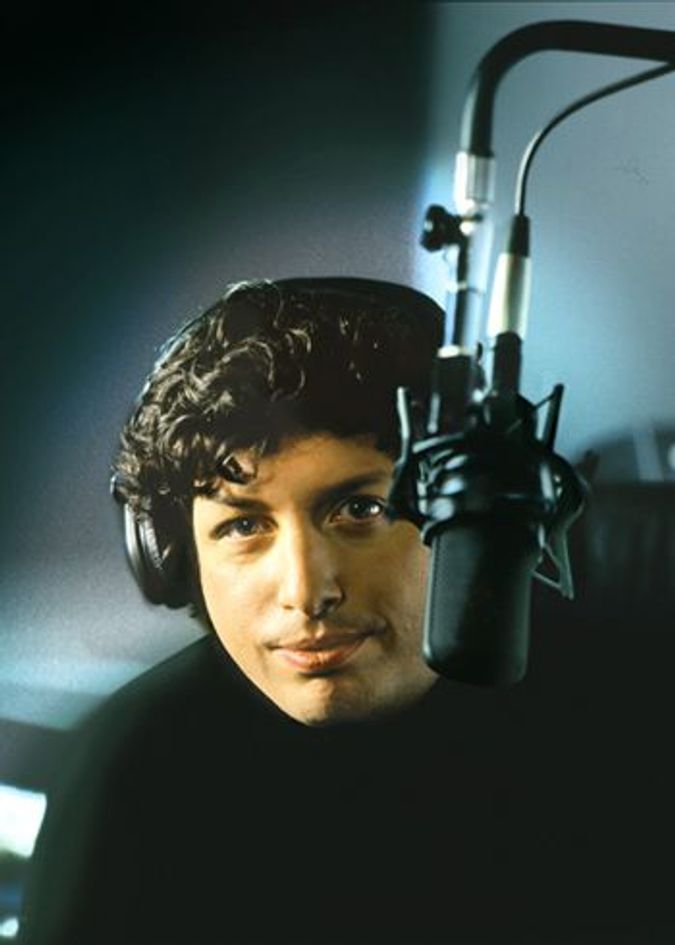 “They’re taking the traditions of the Jewish faith and using them as a blunt instrument to convert Jewish people to the Christian faith,” said Rabbi Tovia Singer, director of the anti-missionary group Outreach Judaism and host of a radio talk show in Jerusalem. “It’s a paradigm of this entire nefarious movement. They use subterfuge to lure Jews who would normally resist a more straightforward evangelical message.”

The publisher of “Passover Family Pack” says he’s not trying to trick Jews into worshipping Jesus.

“Of course not, that would be a terrible thing,” said Barry Rubin, author of the Haggadah contained in the Passover kit and president and CEO of Messianic Jewish Communications, a division of distributor Messianic Jewish Resources International. He notes that the cover of the kit identifies the Haggadah as messianic — which it does, in small letters below a larger Hebrew title.

“It looks like a regular Seder kit because it is…. There’s nothing deceptive at all about it,” said Rubin, who is the rabbi of Emmanuel Messianic Jewish Congregation in Maryland. He says he doesn’t believe that the Passover kit should be classified as Christian, as he considers himself a Jew. He thinks a good compromise would be for booksellers to establish a “Messianic Jewish” section. 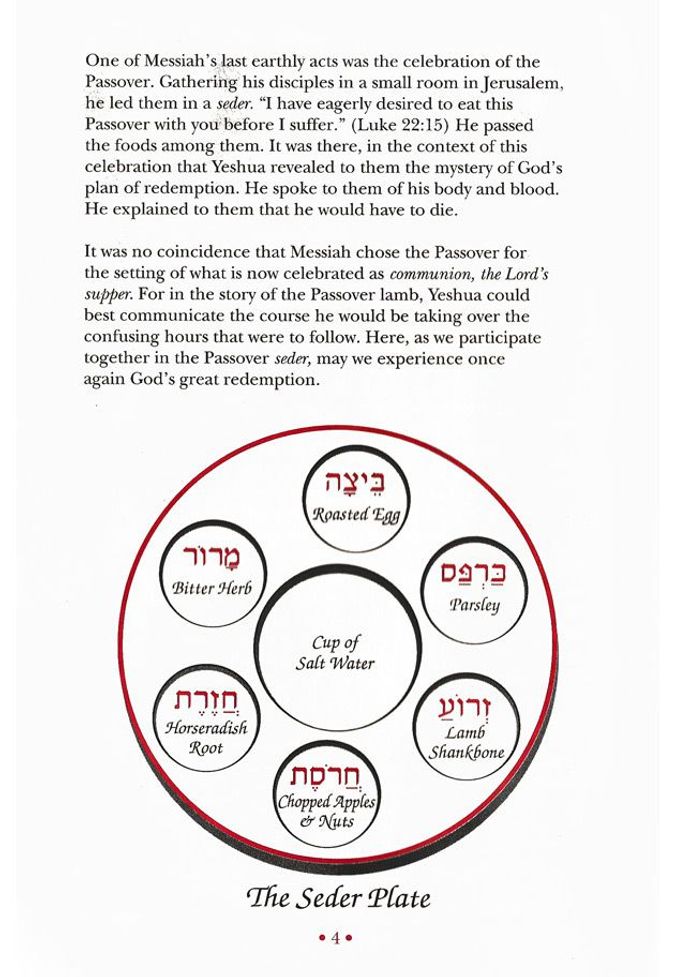 Kosher?:The guide quotes from the Christian Bible. Click for a larger version.

In the absence of such a category, booksellers must choose whether to put such material in the Jewish section or in the Christian section.

When Singer complained to Barnes & Noble about stocking the messianic material in the Jewish section, the retailer quickly apologized and reclassified the kit as Christian. He is still waiting to hear from Amazon and Wal-Mart.

“We realized it really should be classified as Christian,” said Carolyn Brown, a spokeswoman for Barnes & Noble, which sells the Passover kit online only. “When it was brought to our attention, we immediately changed it.”

A petition on the Web site IsraelNationalNews.com asking booksellers to reclassify the kit has garnered more than 1,680 signatures. And concerned Jews have taken matters into their own hands by posting negative reviews on Amazon.com.

“Understand that this is NOT by Jews, for Jews — it is by an organization that tries to convert Jews by telling them that you can believe in Jesus and still be Jewish. It’s a TRAP!!!” Albert Passy wrote in his review. “Why don’t they call it ‘Passover With Jews for Jesus’?”

Reached at his home in Houston, Passy said that he had received a warning about the book via e-mail and was dismayed to find that all the reviews on Amazon.com were positive. 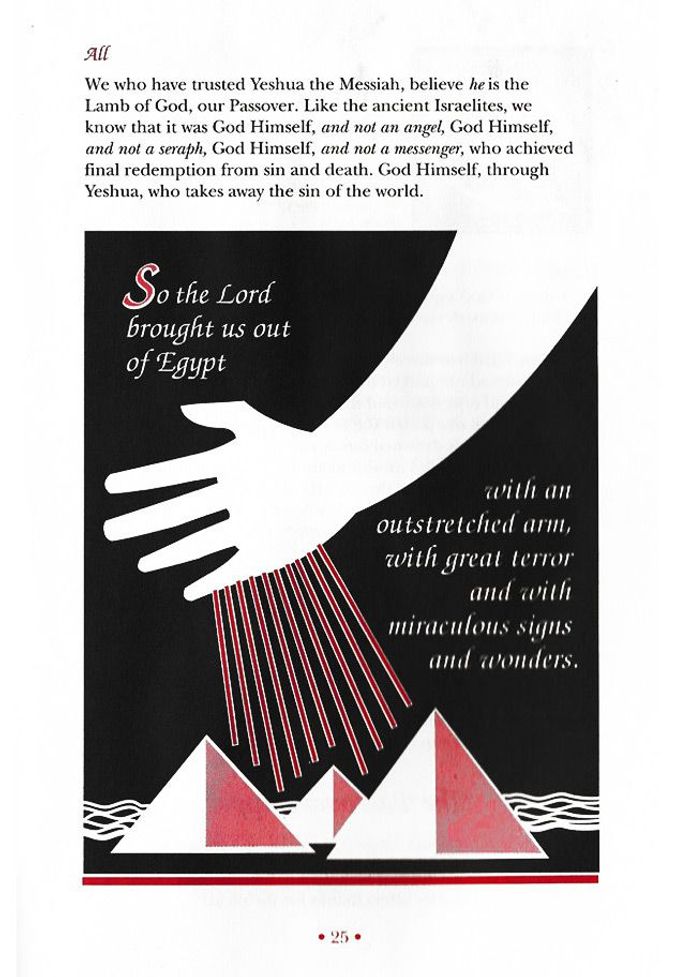 Arm Outstretched: This page reads, ?We who have trusted Yeshua the Messiah ? believe he is our Passover.?

“I know the power of Amazon reviews, so I wanted to lend some weight to the negative aspect,” he said. “I’ve met a lot of Jews who are fairly unconnected with their faith, and I always worry about proselytizing things like this, because they’re just insidious.”

It’s unclear whether any unaware Jew has actually bought “Passover Family Pack” and been disappointed (or converted) by it. One Amazon.com reviewer picked it up for free from a box of discarded books, hoping to add the family’s Haggadah collection. “We ended up recycling it once we saw it was a missionizing screed that pretended to be a Haggadah,” reviewer S. Norman wrote. “We thought, ‘Who wants to celebrate our deliverance from Mitzrayim by reading something that wants to re-enslave us!’”

Though this particular, rather unsubtle messianic Haggadah is unlikely to inspire many practicing Jews to convert, Singer says the missionaries’ bait-and-switch technique often works, especially on vulnerable populations such as college students and lonely elderly people.

Again, Rubin disagrees. He notes that many of the hundreds of thousands of sold copies of his messianic Haggadah have gone to church groups that genuinely want to learn more about Jewish traditions.

“We’re not ashamed of what we publish,” Rubin said. “We think it has helped tens of thousands of Christians appreciate Jewish people, and I don’t see how that could be a problem.”

Why is This Haggadah Different From Others?