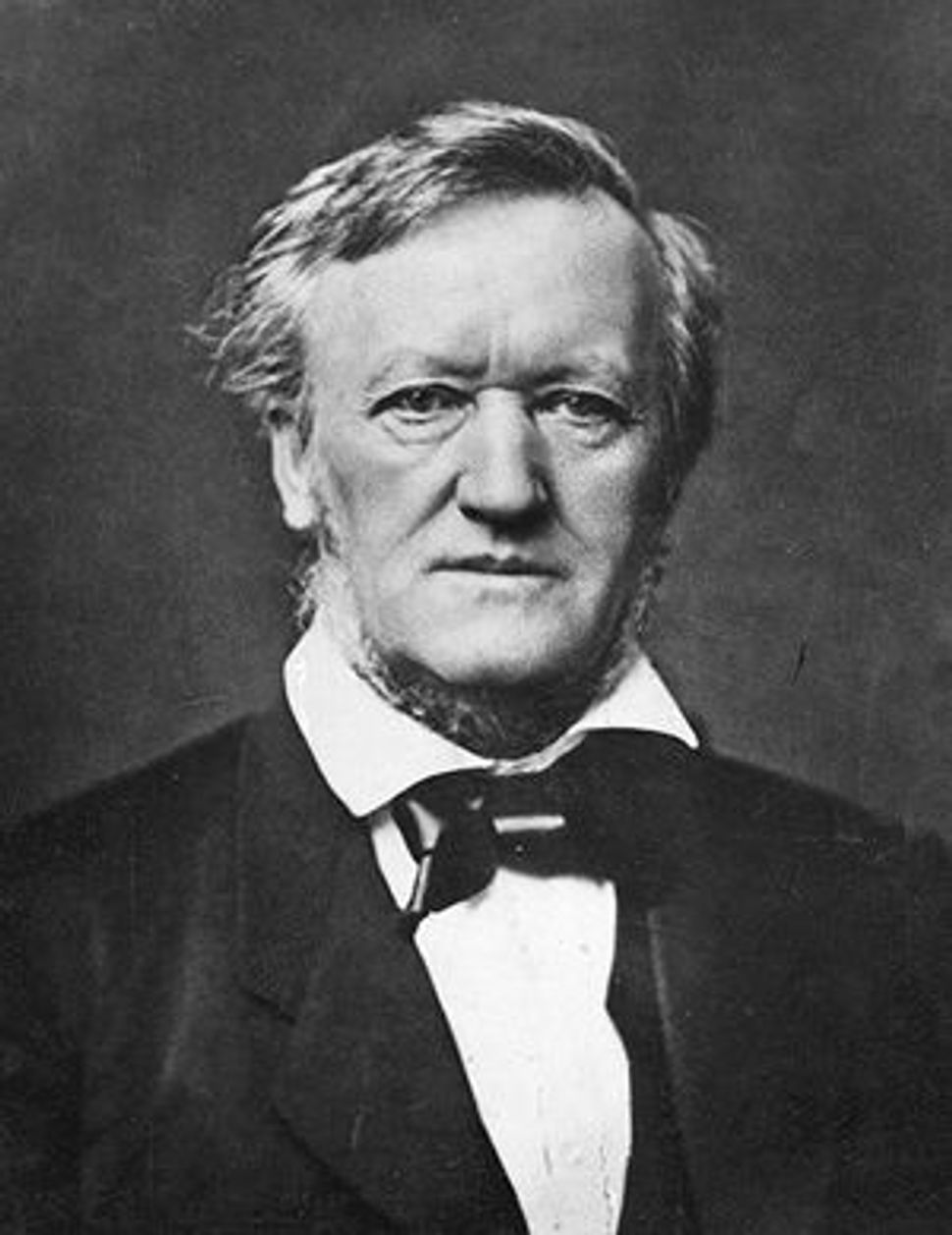 Man or Music? Richard Wagner?s anti-semitism will be discussed during next year?s music festival, but that?s not enough for some critics of the German composer. Image by GETTY IMAGES

When the Los Angeles Opera launches its most ambitious project to date — a 10-week citywide festival celebrating Richard Wagner’s “The Ring,” which will culminate in a massive production of the epic opera — not everyone will be celebrating. 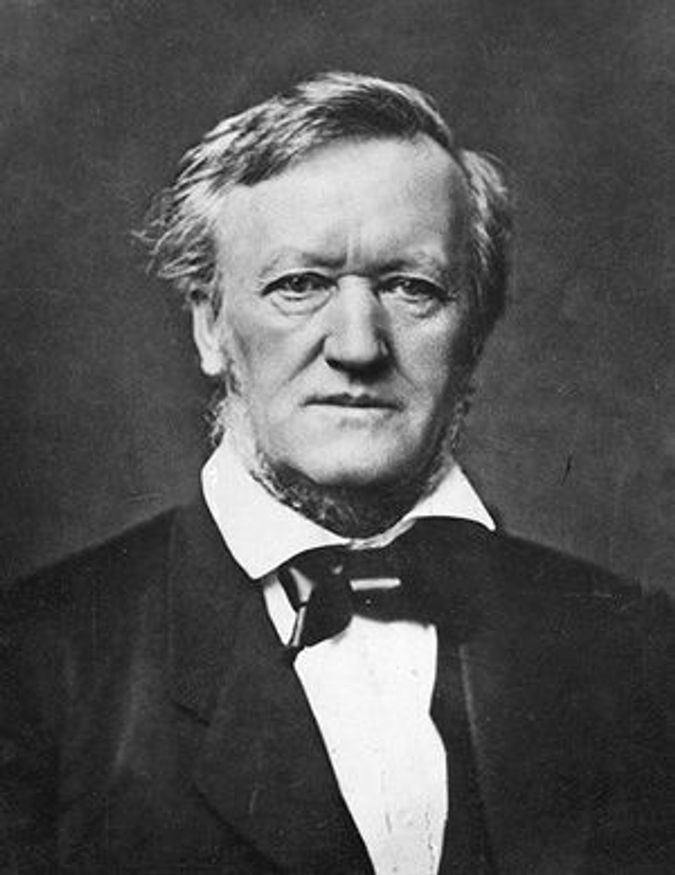 Man or Music? Richard Wagner?s anti-semitism will be discussed during next year?s music festival, but that?s not enough for some critics of the German composer. Image by GETTY IMAGES

Although Wagner’s music is regularly performed in America without much ado, the influential Los Angeles-based Simon Wiesenthal Center is objecting to the notion of a large-scale festival honoring the work of the renowned composer, a known antisemite whose works were infamously embraced by Hitler. Slated for the spring of 2010, Ring Festival L.A. is being billed as the largest arts festival this city has seen since the 1984 Olympic Arts Festival.

“We would be much happier if Los Angeles would find other musical heroes to celebrate,” said Rabbi Yitzchok Adlerstein, the Wiesenthal Center’s director of interfaith affairs. “As long as there are Holocaust survivors alive — and there are many in Los Angeles — public accolades for Richard Wagner are a terrible slight.”

“The issue of performing Richard Wagner is completely about performing his music,” said L.A. Opera music director James Conlon. “He was a despicable human being and an antisemite. There is no cleaning that up and no attempt to clean that up. The art is about the art, and history is about history.”

Whether art can be separated from its creator is an age-old question. And with regard to Wagner, that debate has raged for decades. While Wagner, who died in 1883, is widely hailed as an artistic genius whose influence ranges from film to rock music, his antisemitic writings, and Hitler’s later glorification of his works and close association with Wagner family members, have tarnished his legacy and made him a symbol of Nazi Germany.

That such questions would arise in Los Angeles, home to America’s second-largest Jewish community, is not surprising. What is more noteworthy is the relatively muted character of the debate thus far, and the enthusiastic embrace of Ring Festival L.A. by many prominent local Jews. Indeed, Adlerstein’s comments to the Forward represent the Wiesenthal Center’s first public foray into the issue.

In Israel, Wagner’s music has been the subject of an unofficial boycott since Kristallnacht in 1938, and past attempts to perform Wagner have been met with public protest. Zubin Mehta, music director of the Israel Philharmonic Orchestra, first broke the taboo in 1981 when he led a piece from Wagner’s “Tristan und Isolde” for an encore. In 2001, Daniel Barenboim conducted the “Tristan und Isolde” overture in Jerusalem. Both performances drew angry reactions from segments of the Israeli public.

Ring Festival L.A., in contrast, has been well-received by L.A. civic leaders and the local cultural community. More than 50 cultural institutions across the city will participate in Ring Festival L.A., which includes a wide array of events exploring the influence of Wagner’s art and philosophy. At least one seminar addressing Wagner’s antisemitism and Hitler’s use of his music is planned. It will be held at American Jewish University and is scheduled to feature a dialogue with Gottfried Wagner, a great-grandchild of Richard Wagner.

Ring Festival L.A. was announced to great fanfare last fall by famed opera singer and L.A. Opera general director Placido Domingo, with L.A. Mayor Antonio Villaraigosa, L.A. County Supervisor Zev Yaroslavsky and other prominent Angelenos throwing their ceremonial support behind the endeavor. The festival will culminate in June, when the L.A. Opera performs three complete cycles of Wagner’s four-part opera, which is considered a musical masterpiece. Eli Broad, a billionaire philanthropist who is a major benefactor of the arts, as well as a supporter of Jewish causes, gave $6 million toward the production and is credited by the L.A. Opera with making the event possible.

Broad did not respond to a phone call seeking comment.

Before the Wiesenthal Center weighed in, Carie Delmar, an L.A.-based opera critic who brought the matter to the attention of the Jewish human rights organization, had been a lonely voice of opposition to the upcoming festival. Delmar, whose parents fled Austria in 1938, recently published an opinion article criticizing Ring Festival L.A. on the opera review Web Site operaonline.us. She called on Conlon to open the festival to other composers. Delmar contends, like many music scholars, that Wagner’s antisemitism is reflected in his work, and therefore that the art cannot be separated from the man. Delmar cites “Die Meistersinger” — which some scholars argue is antisemitic in its depiction of the character Beckmesser and in a closing aria glorifying German art — as an example. Delmar’s own father, a Viennese opera singer, once performed the role of Beckmesser.

Delmar said that when she first heard word of Ring Festival L.A., she bristled at the thought. “I was appalled thinking, ‘How can Los Angeles, the city where my parents escaped to, the city where I was born and raised, have a festival on Wagner?” Delmar said.

Delmar, however, is not the only descendant of a Viennese Jewish musician to weigh in on the issue. Writing in Los Angeles’s Jewish Journal, E. Randol Schoenberg, an L.A. Opera board member and president of the Los Angeles Museum of the Holocaust, defended the festival. Schoenberg — the grandson of composers Arnold Schoenberg, who fled Berlin as the Nazis rose to power, and Eric Zeisl, whose own father died in Treblinka — wrote that “my grandfathers loved Wagner’s music, even while they hated the man and his terrible philosophy.”

Nicholas Vazsonyi, an associate professor of German and comparative literature at the University of South Carolina and author of the forthcoming book “Richard Wagner: Self-Promotion and the Making of a Brand,” said that scholars are deeply divided on the question of whether Wagner’s antisemitism is evident in his musical works. “There is no such thing as antisemitic music,” he said. “But it is true that Wagner was very much committed to the project of developing a German musical idiom and presenting himself as the most German composer ever. To that extent, if one says that pro-German equals antisemitic, you could make an argument that his music is antisemitic.”

The Wiesenthal Center’s Adlerstein, like Delmar, expressed the hope that if the festival goes forward, it will be broadened and perhaps even include music from Conlon’s Recovered Voices project, a multi-year endeavor that revives the works of Jewish composers victimized by the Nazis. The L.A. Opera is now in its third season of Recovered Voices, most recently staging Walter Braunfels’s “The Birds.” Adlerstein said that because of Conlon’s sensitivity to Holocaust issues, he is hopeful that they can negotiate a solution.

But Barry Sanders, the L.A. Opera board member charged with leading the festival — and a past president of the L.A. chapter of the American Jewish Committee — said that Ring Festival L.A. would move forward as planned. He also said that he has not heard anything from the Wiesenthal Center.

“We’re doing something that is a milestone for the L.A. Opera,” Sanders said. “We’re creating a world-class Ring cycle, and that, for the opera, after only 25 years in existence, is an important coming of age and something worth celebrating.”