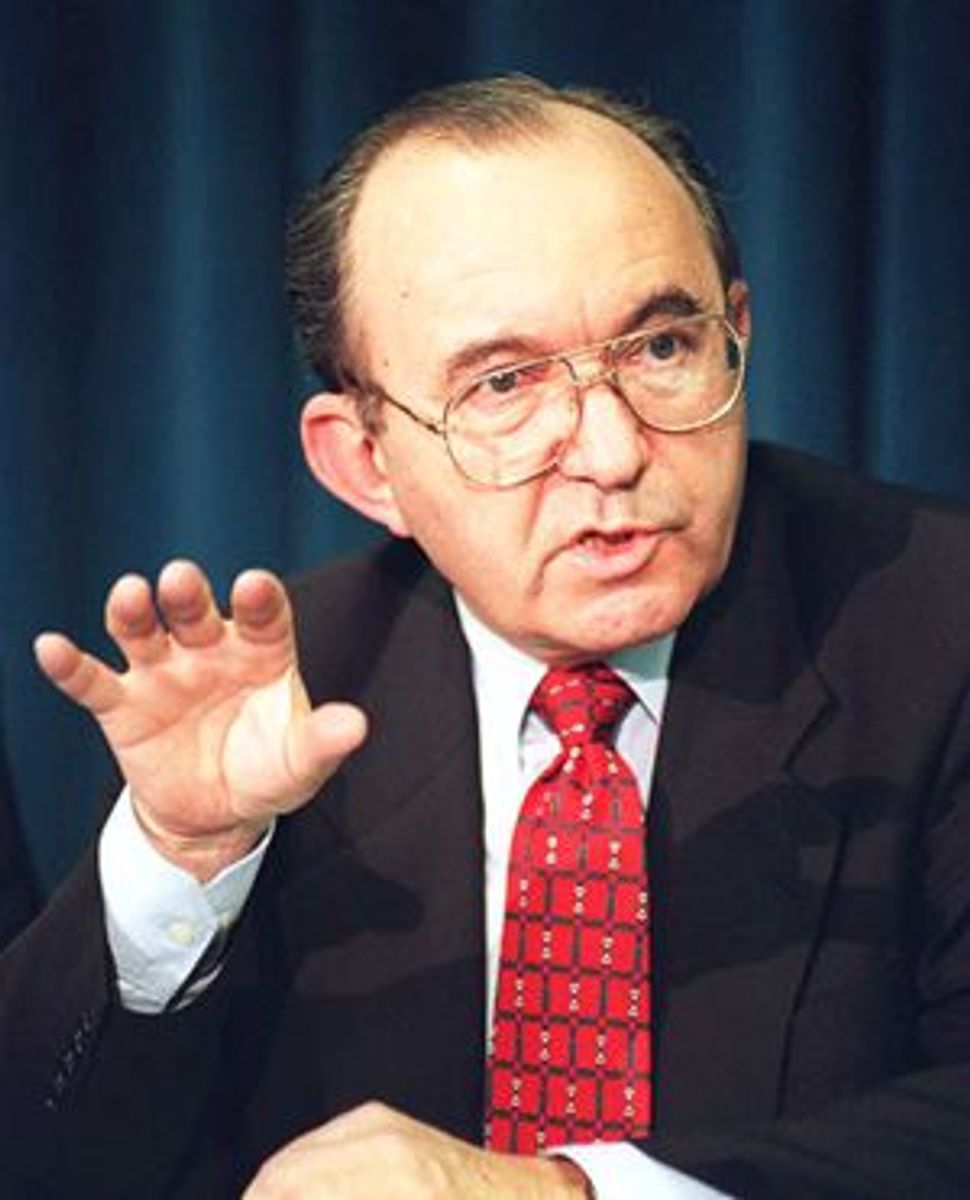 In the past, when Israel blocked United Nations inquiries into its actions, it could sometimes point to the pro-Palestinian sympathies of those doing the probing. 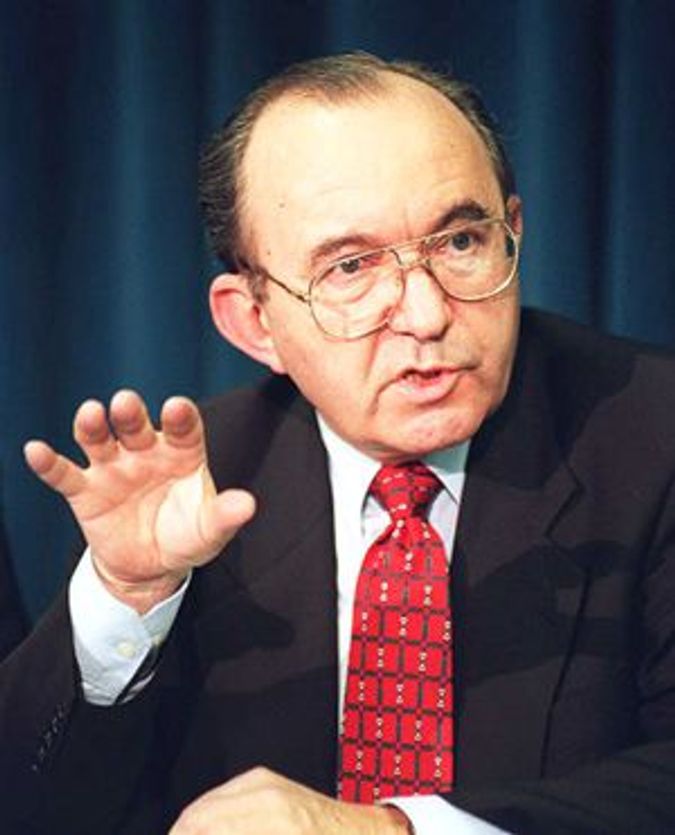 That’s more difficult to do with Richard Goldstone, a South African jurist chosen by the U.N. Human Rights Council to lead its investigation into Israel’s recent conflict with Hamas in Gaza.

Goldstone, who is Jewish, has strong personal ties to Israel. He is a trustee of the Hebrew University of Jerusalem and a president emeritus of World ORT, a Jewish charity that runs dozens of educational projects in Israel.

Yet his investigation, too, is getting a chilly reception from Jerusalem.

Israel — which has already concluded in an internal army investigation that it adhered to international law during the December-January Gaza operation — has decided that it will most likely refuse to cooperate with Goldstone’s probe. Hamas, the Islamist party that governs Gaza, meanwhile, has agreed to accept Goldstone’s investigation.

Israel’s Foreign Ministry has taken the position that Goldstone’s personal connections to the Jewish state are irrelevant. The ministry maintains that even the most even-handed individual at the head of the probe would not be able to overcome what it says is the institutional anti-Israel bias that prompted the probe.

“The probe is the outcome of a distorted process, and it is unlikely that the results will not be distorted,” said Foreign Ministry spokesman Andy David.

While some Israelis say that Jerusalem is right to refuse to lend legitimacy to what they see as a kangaroo court, others contend that the decision is counterproductive and bound to deepen Israel’s international isolation.

“The less you cooperate with the investigation, the more you send out the message that you have something to hide,” said Tel Aviv University law professor Aeyal Gross.

Goldstone, 70, rose to international prominence in 1994 when he became the U.N.’s chief prosecutor for war crimes. He went on to investigate two of the worst human rights disasters of the time: genocides in the former Yugoslavia and Rwanda. During these investigations he earned a reputation for even-handedness.

“He has a long record as a person of integrity and someone with ability to do this kind of work,” Gross said.

David, during his interview with the Forward, was careful to present Israel’s objections as relating to the U.N., not to Goldstone. But others have taken aim specifically at Goldstone.

In March, Goldstone was a signatory to an open letter to U.N. Secretary-General Ban Ki-Moon calling for an “an international investigation of gross violations of the laws of war, committed by all parties to the Gaza conflict.”

In an opinion article that was published by several newspapers, Bar-Ilan University law professor Avi Bell argued that this cast doubt on Goldstone’s suitability for the job. “In light of the thinly veiled anti-Israel agenda of the letter’s organizers, signing it prior to receiving any serious information regarding crimes in Gaza raises serious ethical issues for investigators,” he wrote.

The letter, which was supported by Amnesty International, was signed by 16 jurists and other prominent international figures who have been involved in investigations of human-rights violations and so-called “truth-and-reconciliation” efforts.

Goldstone, contacted by the Forward, declined to comment for this article, explaining that members of the panel conducting the inquiry have agreed not to speak to the press until after their first meeting.

Israeli human and civil rights groups have urged the Israeli government to allow Goldstone’s probe to proceed. Nine such organizations released a statement questioning the trustworthiness of internal army investigations.

“If the military claims that there were no major deficiencies in its conduct in Gaza, it is not clear why Israel refuses to cooperate with the U.N. investigation team,” they wrote. Signatories to that statement include B’Tselem: The Israeli Information Center for Human Rights in the Occupied Territories, the Association for Civil Rights in Israel, Rabbis for Human Rights and Adalah: The Legal Center for Arab Minority Rights in Israel, among other groups.

For its part, Hamas’s Gaza-based government has pledged to cooperate with Goldstone’s inquiry. But according to the Los Angeles Times, one Hamas official complained to al-Arab television that Goldstone, because he is Jewish, “will no doubt side with the Zionist enemy.”

If Israel gives Goldstone the cold shoulder, it would mark the second time in the past year that Israel has refused cooperation to a representative of the U.N. Human Rights Council.

In December, Israel blocked the entry of Richard Falk, the council’s appointee as special rapporteur on the Palestinian territories. Falk, an emeritus professor at Princeton University, was detained on his arrival at Ben-Gurion airport and then flown out of the country. With Falk, the objection was personal. Falk, who is Jewish, is a fierce critic of Israel who has compared its policies toward Palestinians to the actions of the Nazis.

Two years earlier, Israel refused to grant travel clearance to South African Nobel laureate Desmond Tutu and members of a U.N. mission he was leading. The mission was headed to Gaza to investigate a November 2006 incident in Beit Hanun, where 19 Palestinians were killed by Israeli fire. Israel said the incident resulted from a targeting-mechanism failure that caused seven shells to stray from their intended trajectories. Tutu — who has raised hackles by writing that Israel’s treatment of Palestinians reminds him of apartheid South Africa — eventually made the visit in May 2008, entering Gaza through Egypt, and concluded that there is a “possibility” that the incident constituted a war crime.

David, the Foreign Ministry spokesman, told the Forward that despite Israel’s skepticism about the most recent probe, he believed that Goldstone “would be allowed into Israel.”

“It’s a different story than with Falk,” he said, explaining that with regard to Goldstone “we don’t have a problem with the person.”

With reporting by J.J. Goldberg in New York.