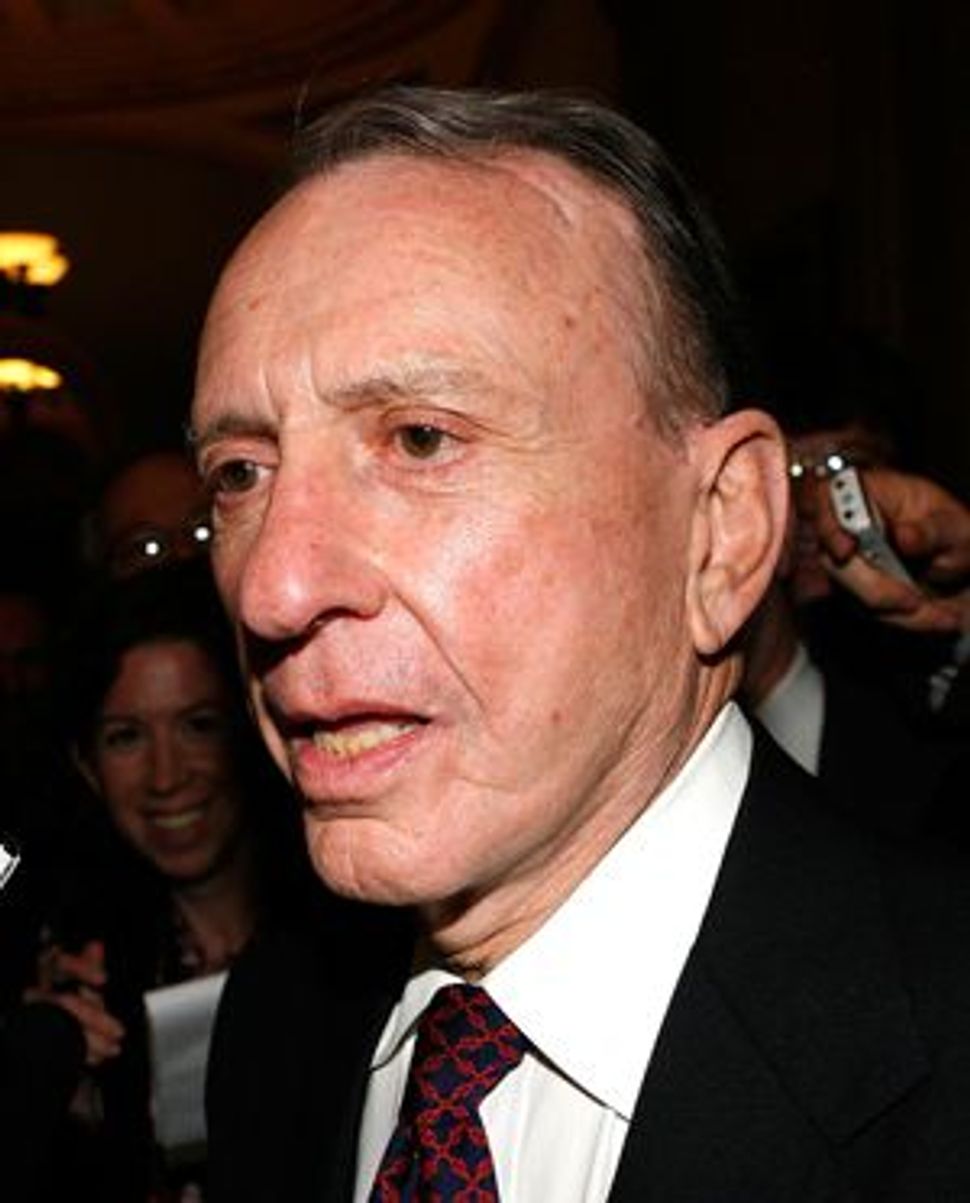 His Way: Arlen Specter supports Israel, and talks to her enemies. Image by GETTY IMAGES 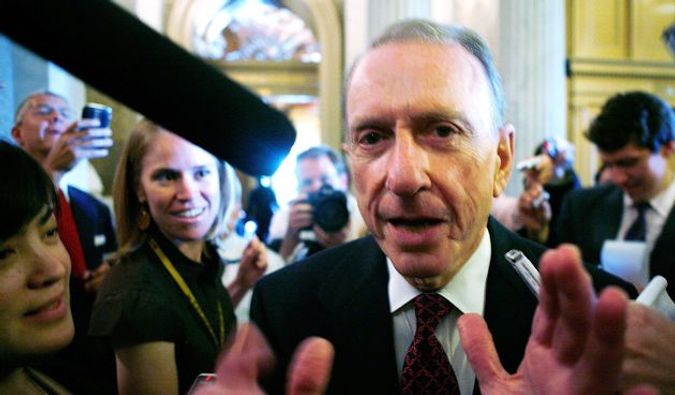 Arlen Specter — once a Republican, now a Democrat — has long been one of Israel’s stalwarts in the Senate, serving on the critical operations committee, which writes the foreign aid spending bills. The “Jewish kid from Kansas,” as he called himself while standing next to President Obama on April 29, has taken his role as the senior Republican Jew in the U.S. Senate very seriously.

On one occasion, he got a letter from the Israeli finance minister thanking him for his support for an aid bill, and he carried it around and showed it to people like it was a picture of his grandchild. On another occasion, in 1985, when the Egyptians released the Achille Lauro hijackers who had killed a wheelchair-bound American Jewish passenger by pushing him overboard, Specter’s famous temper flashed, and he threatened to cut American aid to Egypt.

But his celebrated freelance diplomacy, especially his meetings with rogue dictators and other assorted bad actors, has brought him criticism from the State Department and from some Jewish organizations. In his Senate office, there are photographs of Specter with the kind of foreign leaders that would give some Jewish activists heartburn.

Specter’s decision to switch parties is about more than one man’s ambition to hold on to his Senate seat, although that was admittedly a motivation. It is also a tale of a Republican Party that, in its search for ideological purity, is moving further and further away from the American mainstream, and particularly from Jewish voters. 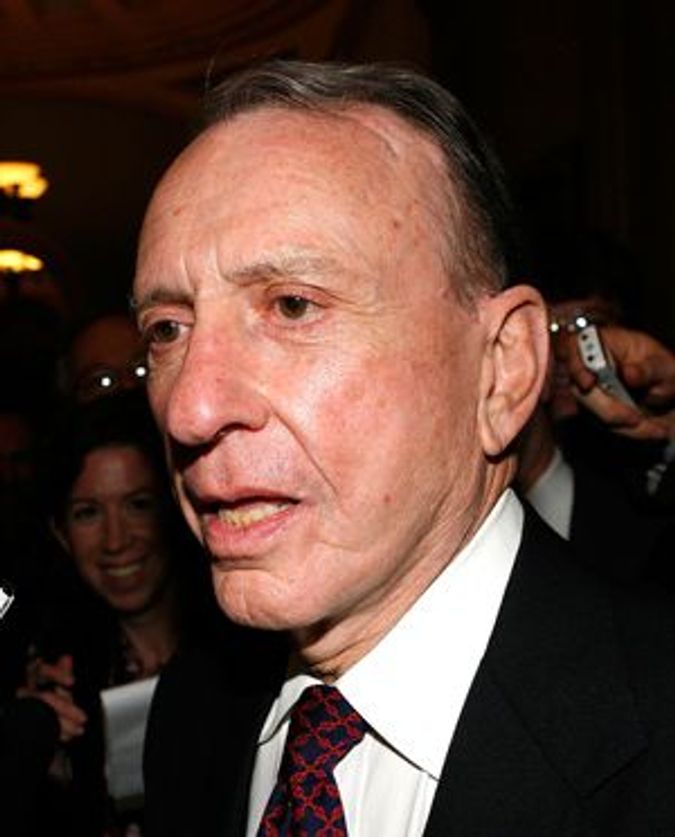 His Way: Arlen Specter supports Israel, and talks to her enemies. Image by GETTY IMAGES

And yet, while Specter’s views on a host of domestic issues are often in line with the American Jewish mainstream, his at times unpredictable forays into international diplomacy have departed from both Republican and Jewish orthodoxy. After all, this is a man who has met more than 10 times with Syria’s father and son presidents, Hafez and Bashar al-Assad, over more than 20 years.

“When he would go to Damascus, it would piss us off, because Israel considered them the enemy and they consider Israel the enemy,” a pro-Israel lobbyist said. “He’d return and sound like he was carrying Assad’s water. He said the Syrian leaders had assured him they were ready for full unconditional peace talks with Israel, but little came of it.”

Jewish activists criticized Specter for failing to press the Syrians to prove their good intentions and to halt their support for such terror groups as Hezbollah and Hamas. He also angered many when he met with Saddam Hussein, and when he tried to go to Tehran to see Iran’s president, Mahmoud Ahmadinejad. He told The Jerusalem Post, “I disagree with the [Bush administration] policy of not dealing with Iran,” and said he was ready to face Ahmadinejad and tell him “how unacceptable” his talk of wiping out Israel is and that the Holocaust is no myth.

Unlike American Jewish leaders, however, Israeli officials encouraged many of his meetings and were eager to hear about them.

Tom Dine, former executive director of the American Israel Public Affairs Committee, said: “He is a man who believes in engagement, the most commonly used word in foreign policy parlance these days. He was way ahead of his time. But it often had him on the outs with several Republican administrations and some Jewish groups that didn’t approve of his trips to Damascus or Baghdad.”

A pro-Israel activist said, “He wasn’t always in sync with AIPAC or some of the other organizations, but he never wavered in his support for Israel, and he always came through.”

Specter explains that he is a strong believer in dialogue and in the advice of Sun-Tzu, the ancient Chinese general, who said, “You have to keep your friends close and your enemies closer.”

He will be more comfortable in the party of Barack Obama, who has been advocating engaging Tehran and Damascus in dialogue, but that doesn’t mean Specter is likely to abandon his own brand of diplomacy.

In fact, Specter can often be infuriating. His staff is known for a relatively high turnover compared to others on Capitol Hill, and diplomats in foreign embassies have complained that he expected them to make time for his squash games when he came to visit.

Specter voted with Democrats more than any other Republican senator did, except for Maine’s Olympia Snowe and Susan Collins, but that didn’t mean he couldn’t be very partisan when it suited him. Democrats were pleased with his vote to block Judge Robert H. Bork’s nomination to the Supreme Court and infuriated with his support for Justice Clarence Thomas and his prosecutorial interrogation of Anita Hill.

“The Democrats are not getting a team player,” one Republican warned. “Specter’s more of a maverick than McCain, who votes 90-plus-% with the party.” He votes with the Democrats on abortion, stem-cell research, immigration, the environment and a lot of other issues that infuriate the Republican party’s base. Look for him to be in the mold of his friend and colleague, Senator Joe Lieberman, the Connecticut Democrat turned Independent.

The Republican Jewish Coalition said Specter’s exit comes just as the GOP “is embarking on an effort” to turn its public image around and let people know it’s not ultraconservative. Specter’s departure and blast at the party suggest he had little faith in this message for the foreseeable future. The reality is that the party is having a great deal of trouble recruiting and electing Jewish candidates, as well as attracting Jewish voters (as last year’s overwhelming support for Obama showed.)

The reason, as Specter pointed out, is that the search for ideological purity makes the GOP less and less attractive to more and more voters. Every time he failed to vote with the GOP caucus, he’d get pounded by the right-wing groups; they came very close to defeating him in the primary five years ago, and this time it looked like they’d succeed, so he decided he’d rather switch than fight.

As the GOP becomes even more conservative, it also becomes less attractive to mainstream Jewish voters. Jews most comfortable in the Republican Party these days appear to be longtime loyalists and ideological conservatives, like Rep. Eric Cantor of Virginia — who, depending on the outcome of the disputed Minnesota Senate race, may end up being the only Jewish Republican on Capitol Hill.

Douglas Bloomfield is a journalist and former chief lobbyist for AIPAC. Send comments to feedback@forward.com