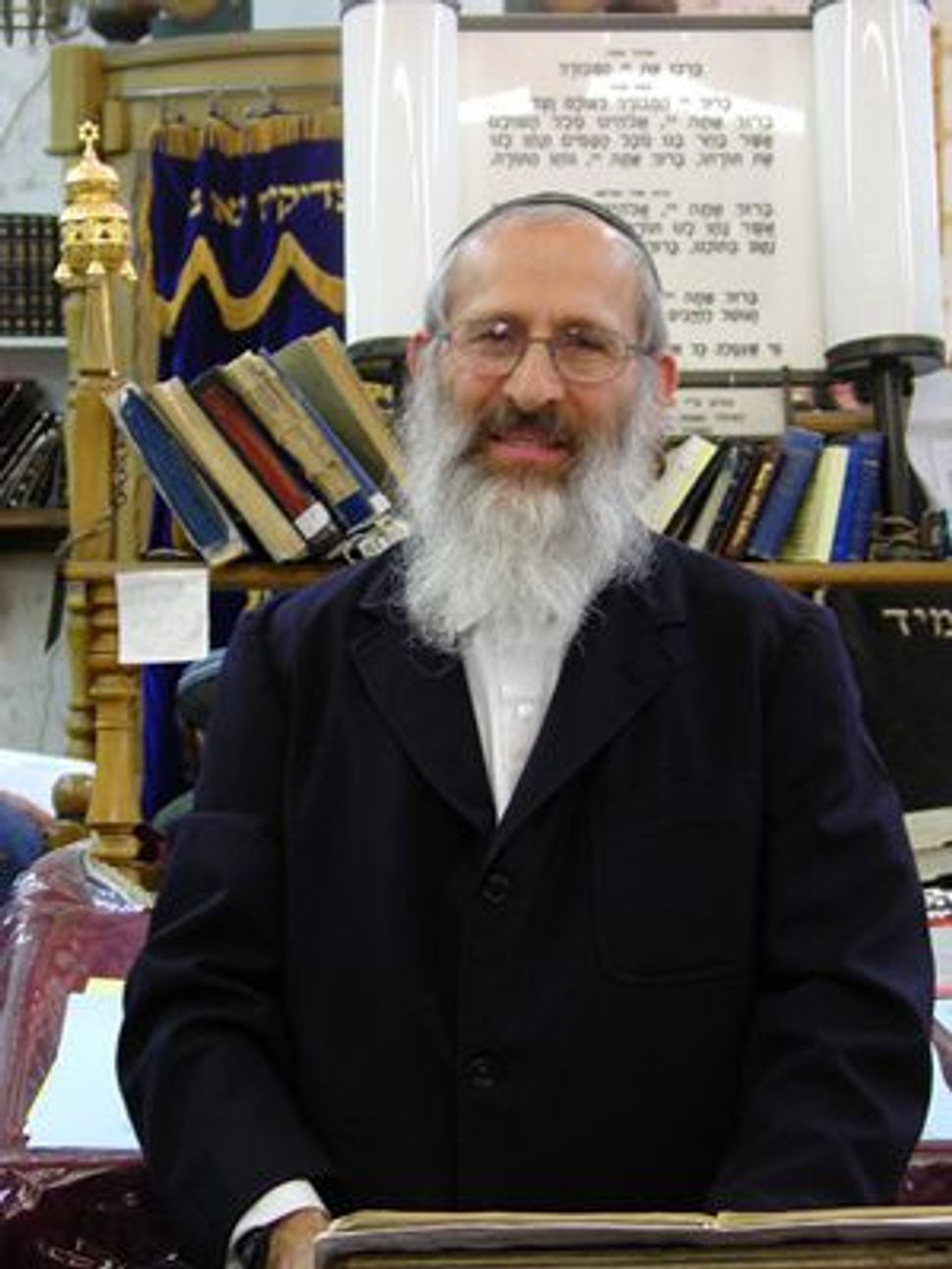 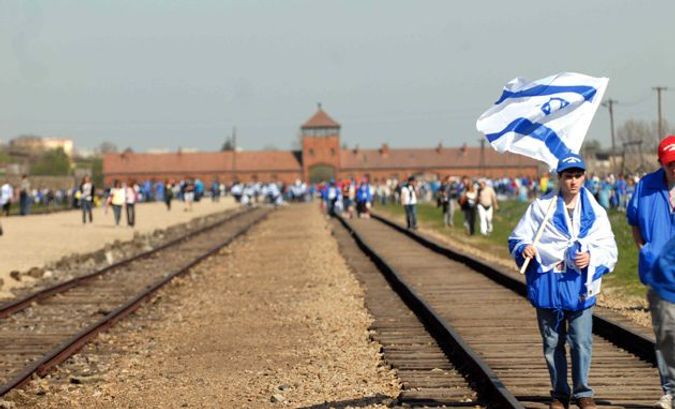 It looked like a sight certain to delight every Religious Zionist. Just after midday April 29, Israel Independence Day, 3,000 flag-waving Jewish youngsters, many of the boys wearing yarmulkes, marched to the Western Wall from central Jerusalem.

The mood was especially jubilant because most of the youths had a newfound appreciation for Israeli statehood. They were just in from Eastern Europe, where they had spent several emotional days touring death camps.

They were participants in the government-supported March of the Living program, traditionally a cause célèbre of nationalist Israelis, including Religious Zionists.

But this year, it took place as the tide in the Religious Zionist community is beginning to turn against the March of the Living and other death camp trips for young people. While many still support the program, several highly influential rabbis have published opinions questioning the trips’ value — and even suggesting that Israelis are religiously prohibited from taking part.

While organizers of the trips claim that these events are one of the most powerful tools in Holocaust education, Rabbi Shlomo Aviner, one of the leading Religious Zionist rabbis, has released an opinion paper claiming that for those who take part, “everything disappears and evaporates like the morning fog” within one to two years.

The emergence of criticism of death camp trips from the Religious Zionist camp — or, more accurately, from the right wing of this camp — comes as a surprise to many. Criticism until now has come almost exclusively from the left. Dovish critics have taken issue with the way such programs pair the Holocaust and Jews as victims with flag-waving Israeli nationalism. Left-wing Israeli journalist Larry Derfner has dismissed the March of the Living as “a pre-army motivational camp more than anything else.”

Separately, March of the Living has come under fire for alleged corruption in its handling of funds. In 2007, the Conference on Material Claims Against Germany, a Jewish organization that helps fund the group with Holocaust compensation money, suspended its support for the March of the Living, pending an audit of its finances. The group was reacting to an investigative report published jointly by the New York Jewish Week and the Israeli business daily Globes that documented $709,000 in March of the Living disbursements to an 85-year-old associate of the group’s founder, Likud and Kadima party politician Avraham Hirchson. The recipient of the funds, Curtis Hoxter, was unable to explain what he did to earn this money.

Hillary Kessler-Godin, the Claims Conference’s director of communications, said that while an interim review was done, the final audit has not yet been completed. “In the meantime, no funds have been allocated to March of the Living,” she told the Forward.

Meanwhile, the reasoning behind the unlikely convergence of opinion against the Poland trips between some on the left and some in the Religious Zionist camp could not be more divergent. The trips that are, for some, too Zionist are, for the rabbinic critics, the antithesis of Zionism.

In the run-up to Israel’s Holocaust Remembrance Day (April 21), Zalman Melamed, head of the Bet El yeshiva in the West Bank, published an opinion discouraging religious school students from going to Poland. He cited the Talmudic prohibition, echoed by Maimonides and other authorities in Jewish law, that those living in Israel are forbidden from leaving except to perform a religious act.

Until now, many Religious Zionists have argued that death camp visits do, in fact, have religious value and therefore merit leaving Israel. This is the view of the March of the Living’s rabbi, Yochanan Fried, and of regular march trip leader Yisrael Meir Lau, chairman of Israel’s Yad Vashem’s Holocaust Museum council, former chief rabbi of Israel and Holocaust survivor.

Fried said in an interview with the Forward that the trip can be seen as a fulfillment of the religious requirement to study history. The trip’s educational content, he said, actually could be classified as “learning Torah.” Fried also claimed that students on the trip fulfill the religious act of honoring the dead.

But those rabbis speaking out against death camp trips reject this logic. A year ago, Hebron and Kiryat Arba chief rabbi Dov Lior, who is regarded as the leading disciple of Religious Zionist icon Rabbi Zvi Yehuda Kook, cited his teacher in arguing that a desire to honor the dead does not justify the trips. 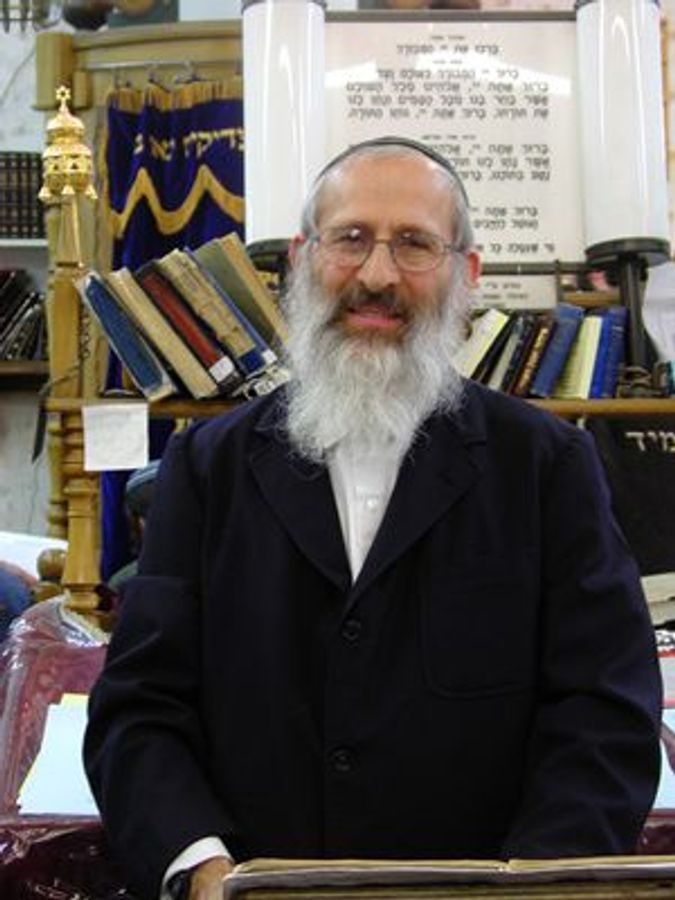 The argument that the trips are valid as they involve historical study has been challenged by Aviner, who was born in Nazi-occupied France and now heads Yeshivat Ateret Yerushalayim, formerly Ateret Cohanim. “It is certainly a mitzvah to reflect on history,” he wrote. “But the intent is not to study historical facts but to observe the hand of God which acts in the world. There is no mitzvah at all to see historical places.”

The rabbis do not limit themselves to purely legalistic arguments in attacking the trips.

“I do not see educational value in [the trips],” Lior wrote, arguing that people can read books, visit museums and take advantage of other resources available in Israel. He concluded, “To understand what is anti-Semitism and why they hate the Jewish nation there is no need to travel abroad.”

Aviner, elaborating on his written comments about the fleeting nature of the experience, told the Forward, “I once said that it fades after six months, but educators told me it only takes three weeks.”

He believes that from a pedagogical viewpoint, Holocaust education should focus on content-based learning, not emotion. “What [students] learn through effort and deep thought remains forever,” he wrote.

Also factoring into the rabbinic opposition are financial considerations.

Aviner claims that the fact the trips cost several hundred dollars, even taking scholarships into account, excludes all but the wealthiest of youngsters, and he objects to Israelis taking revenue to Poland and Ukraine — a position shared by Melamed.

Aviner wrote: “We also should not provide financial gains to the extremely wicked Polish, and all the more so the Ukrainians, who allowed the establishment of concentration camps in their territory.

“They knew that the Germans were annihilating Jews and they looked upon this with joy. They were of one heart with the Nazis; it was therefore not by happenstance that the concentration camps were established precisely there. The Polish fulfilled the verse [from the Book of Kings]: ‘Will you murder and also inherit.’ We do not want to give them money.”