Obama’s Jewish Backers May Be in the Middle as U.S.-Israel Tensions Rise 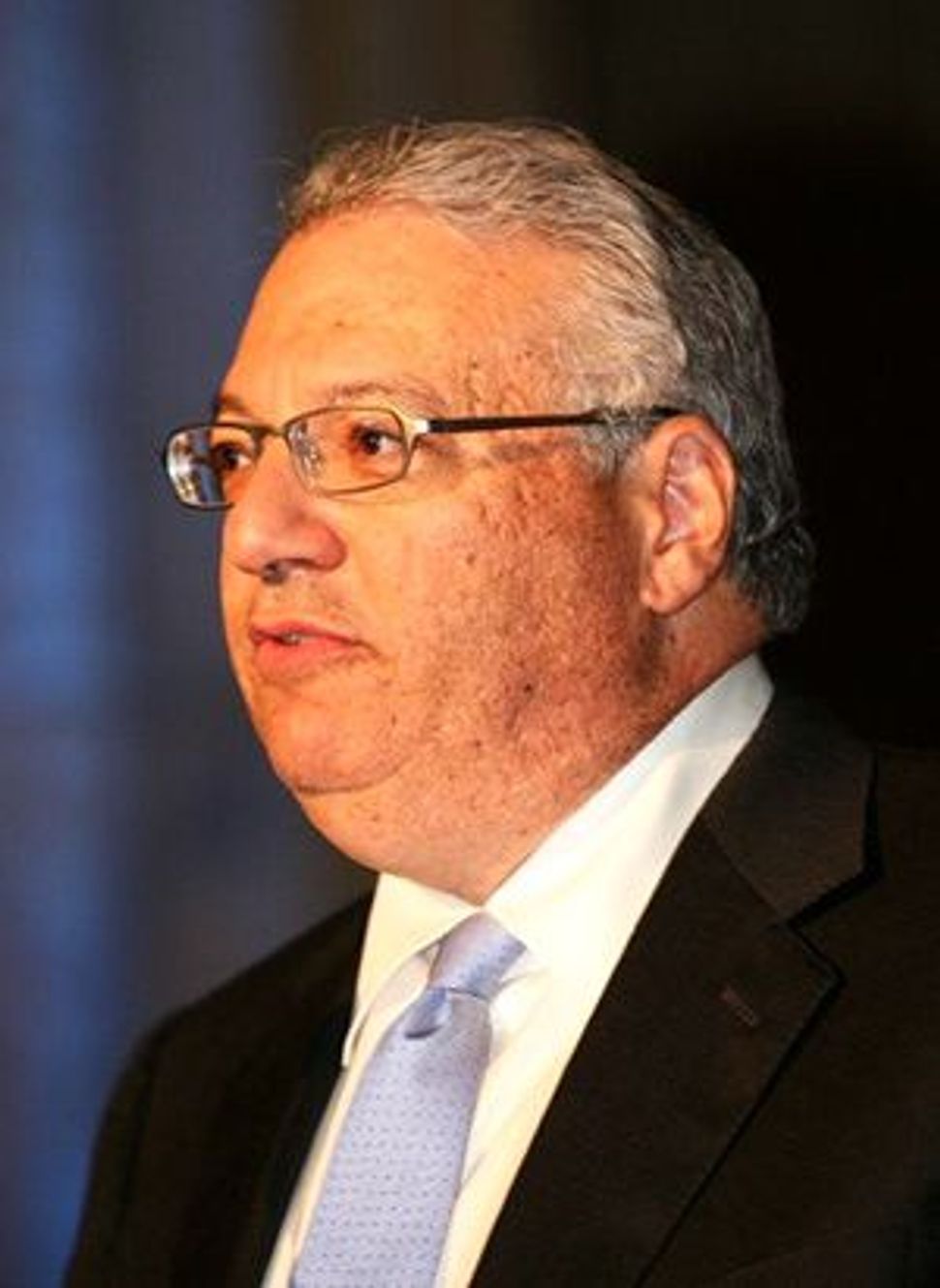 As tension builds between the new Obama administration in Washington and the new Netanyahu government in Jerusalem, two of President Obama’s closest Jewish allies may find themselves increasingly in the middle. 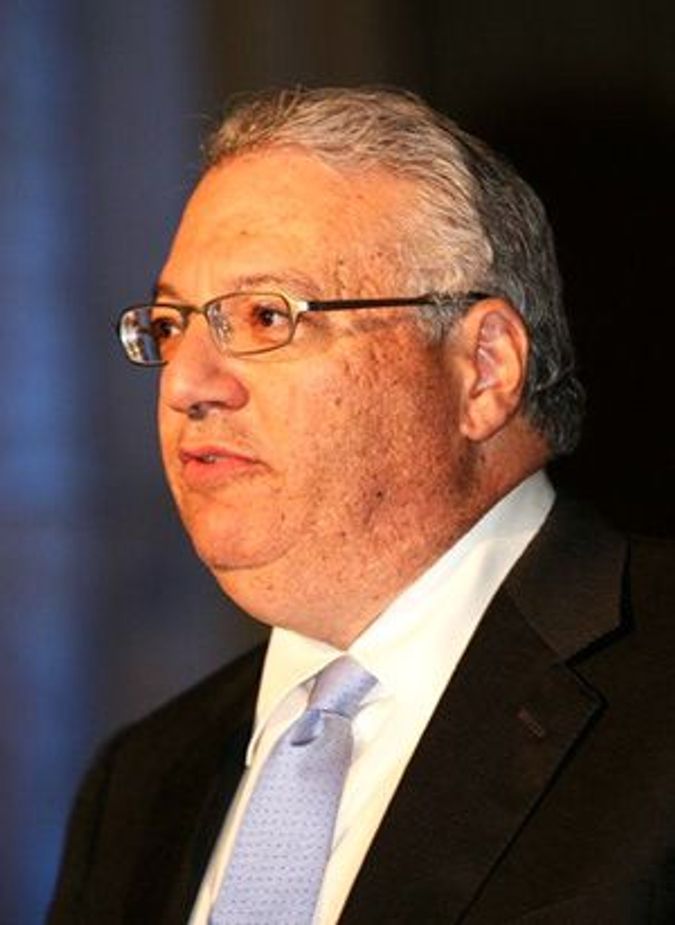 Lee Rosenberg, who campaigned on behalf of Obama, was confirmed as president-elect of the American Israel Public Affairs Committee at its recent national conference. And Alan Solow, an early Obama supporter, was recently elected chairman of the Conference of Presidents of Major American Jewish Organizations.

For both groups — the Jewish community’s largest pro-Israel advocacy organizations — showcasing close friends of Obama in their leadership brings the all-important benefit of opening doors at the White House. The two supporters’ roles take even greater significance as the Jewish community braces for what many predict could be a rocky relationship between Washington and Jerusalem.

“The ability to have good chemistry with the administration and the president is a significant asset at a time when we will undoubtedly face challenging moments and are in need for frank discussions,” said Steve Grossman, a Boston businessman who served as AIPAC’s president early in the presidency of his close friend Bill Clinton.

Rosenberg ascended to AIPAC’s top lay post this month under circumstances similar to Grossman’s: He, too, is a close friend of a new president and is viewed, at a time of political realignment, as a bridge to a largely unknown new administration.

Rosenberg is a venture capitalist and media and entertainment entrepreneur who co-founded GRP Records, one of the country’s largest jazz labels. He numbers Chicago jazz pianist Ramsey Lewis among his business partners through LRSmedia, his primary entertainment business vehicle.

Rosenberg, known as “Rosy” to his friends, got to know Obama through his pro-Israel activism. Obama, then a congressional candidate, reached out to Rosenberg, and with time, their dialogue on Israel-related issues deepened into what people close to the men describe as a personal friendship.

“I found that it was not only that he has concern for Israel’s safety and well-being, but that he is also really fundamentally interested in the relationship between the U.S. and Israel,” Rosenberg said.

During the campaign, Rosenberg, an AIPAC board member for more than 10 years, repeated the story of his relationship with Obama to Jewish voters across the country time and again.

On a Friday morning just days before the November presidential election, Rosenberg made his pitch at a Miami Chabad synagogue to a dozen skeptical Jewish voters. Undeterred, he patiently vouched for Obama’s pro-Israel credentials, assuring the small crowd that the little-known senator from Illinois was sincere in his support for Israel.

Rosenberg also appeared in a video clip that was produced by Chicago Jewish supporters of Obama and aimed to debunk the widespread smear campaign against the presidential candidate. “Listen to what he says. He means what he says. Don’t listen to others trying to interpret what he said,” Rosenberg urged Jewish voters in the clip.

Rosenberg will take over the AIPAC presidency next March, after current president David Victor ends his two-year term. “He was in line for being a big leader someday, but because of his ties with Obama, he got catapulted,” said a Jewish organizational official who closely follows the community’s intramural politics but would speak only if granted anonymity.

In a telephone interview with the Forward, Rosenberg, who rarely speaks to the press, said he believed that his friendship with Obama is only part of the story of his ascent. “I am confident that my leadership position at AIPAC is due to my close relationship with the president, but also thanks to many relationships I have been fortunate to build with other people in leadership, including many members of Congress,” he said.

Records show that Rosenberg has contributed substantial sums to the campaigns of numerous Democrats and a few powerful Republicans, such as Senate Majority Leader Mitch McConnell of Kentucky.

Although Rosenberg frequently speaks to Jewish audiences about Obama’s support for Israel (he was the AIPAC board member chosen to introduce then-candidate Obama at the lobby’s policy conference last year), as AIPAC president-elect he refrains from stating his own views on issues in contention. Such is the case on the debate over the question of an independent Palestinian state. Rosenberg recently lobbied forcefully on Capitol Hill for an AIPAC-backed congressional letter supporting a two-state solution.

This issue is expected to take center stage in U.S.-Israel relations, since the new government led by Netanyahu will not endorse a two-state solution as a solution to Israel’s conflict with the Palestinians, nor will it use the term “Palestinian state.” Netanyahu has, instead, stressed other forms of Palestinian self-governance. The Obama administration, meanwhile, has insisted repeatedly that an independent Palestinian state and security guarantees for Israel remain the keys to a resolution.

Grossman, who led AIPAC from 1992 to 1997, said that Rosenberg’s role could be crucial in such a situation.

“An AIPAC president with an outstanding relationship with the president could definitely help relations,” Grossman said. “I think Lee Rosenberg is uniquely positioned at this moment to play this role.”

Not all in the community see the friendship between community leaders and the president as advantageous. Morton Klein, national president of the Zionist Organization of America, expressed concern over the ability of Rosenberg and Solow to speak out against the president, who, in Klein’s view, is demonstrating a hostile approach toward Israel. “They will be reluctant to criticize Obama,” Klein said. “I’m concerned whether it is best at these times to have people close to the president in these positions.”

Such concerns, however, were not widespread among communal leaders. Most appear to see the elevation of Obama friends as a positive move.

“Since the White House is the center of gravity, it is only reasonable that these two outstanding leaders will rise to take leadership roles,” said onetime Republican activist William Daroff, vice president for public policy and Washington director of United Jewish Communities.

Rosenberg and Solow are among a small group of leading Chicago Jews who supported Obama throughout the campaign. Others include billionaire defense contractor Lester Crown and hotel heir Penny Pritzker, who served as Obama’s national finance chair during the campaign.

Solow, speaking at an April 29 reception for Israel Independence Day, referred to the prominent role Chicago is now playing in national politics, calling his hometown “the most important city in the world.”

Rabbi Sam Gordon, who co-founded Rabbis for Obama, said the Windy City has always played a leading role on the national Jewish scene, but “people may be noticing us more now” because of the local community’s ties with the president.

Solow, an attorney and philanthropist, has supported Obama ever since his first race for the Illinois Senate. During the presidential campaign, he spoke glowingly of Obama as the “first Jewish president.”

Solow said in an interview that his friendship with Obama “played no role” in his selection to chair the Presidents Conference, but he added that he believes “it isn’t a bad thing to have a relationship with the president.”

The Presidents Conference, an umbrella group representing 50 national organizations on foreign policy issues, came under fire during the campaign, when Democrats accused the group’s executive vice chairman, Malcolm Hoenlein, of siding with Republican candidate John McCain. Hoenlein dismissed the claim. Solow, who describes himself as “left of center,” said he was never uncomfortable with the views and actions of the group.

“The conference works closely with any administration that is in power,” Solow said, adding that the group’s basic views did not change throughout the years. Solow also believes that the Jewish community’s consensus shifts naturally in a way that reflects changes in the political landscape. “The Jewish community is in sync with Obama” on issues relating to Israel and the Iranian threat, he said. On the Palestinian issue, Solow believes it is necessary to wait until all sides make their policy clear.

Obama’s Jewish Backers May Be in the Middle as U.S.-Israel Tensions Rise