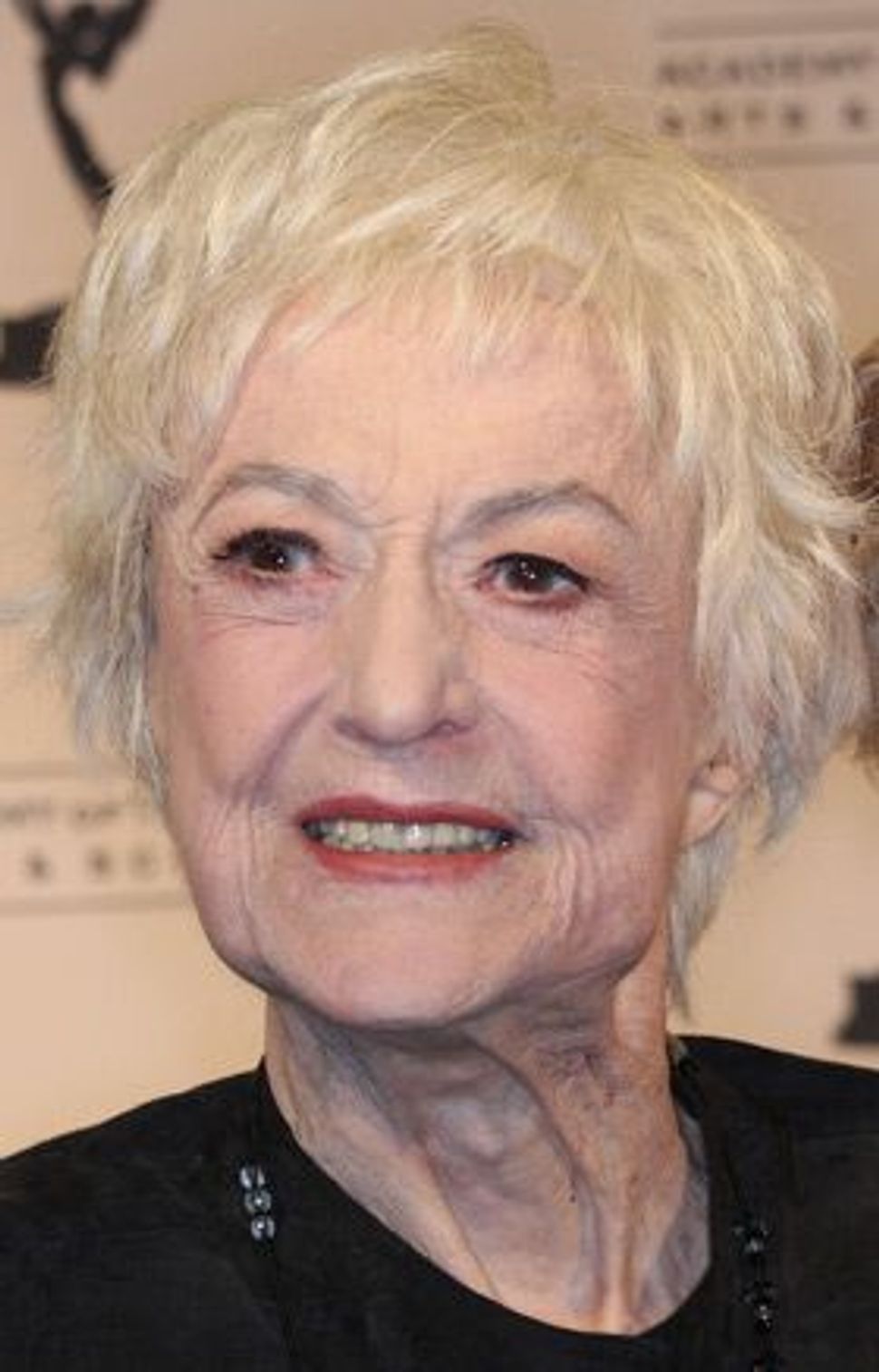 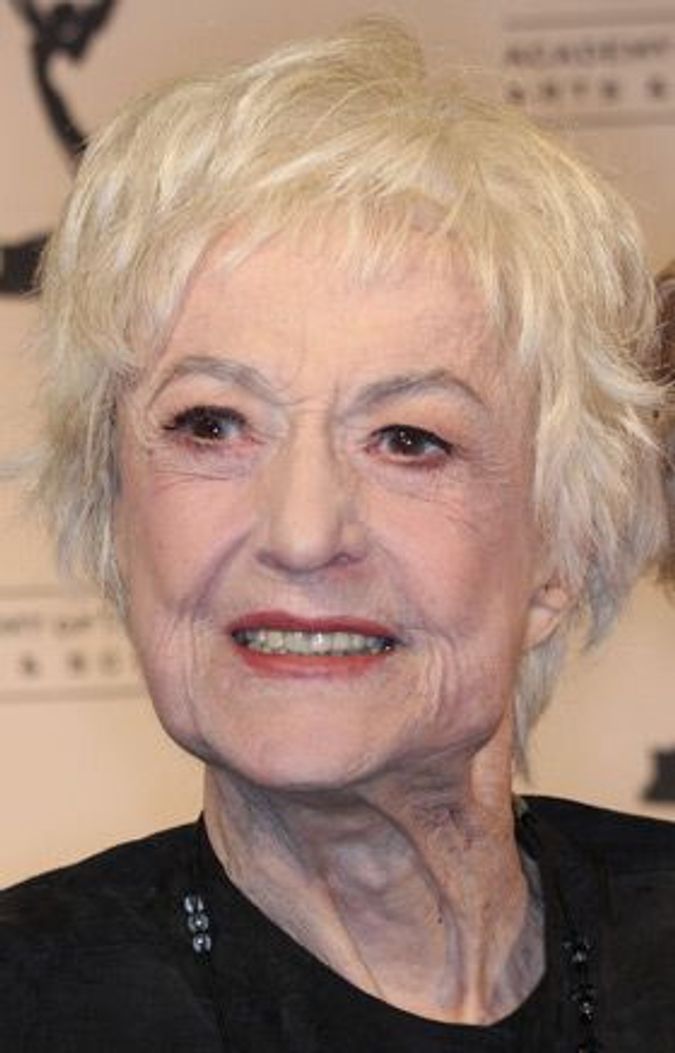 “Carried Away,” New York Festival of Song’s April 14 tribute to lyricists Betty Comden and Adolph Green, held at Carnegie Hall’s Weill Recital Hall, was a joy for those who relish songs with literate lyrics and edgy wit that tickle the funny bone or leave you farklempt. The legendary collaboration of these two composers gave America musical schtick and heartbreaking ballads from “On The Town,” “Bells Are Ringing,” “Singin’ in the Rain” and “Wonderful Town.” Hosted with insider tidbits by NYFOS artistic directors and pianists Steven Blier and Michael Barrett, the evening’s knockout number, “Taxi Duet,” showcased irrepressible Tyne Daly as a man-starved cabbie, hitting on Alex Mansoori, a sailor on leave. Green’s daughter, Amanda Green, performed a rendition of “If You Hadn’t but You Did,” that had her mom, actress Phyllis Newman, kvelling. Her performance as a Jewish widow who gets involved with a Japanese businessman in the Jewish Repertory Theater’s 1999 revival of Leonard Spiegelgass’s “A Majority of One” earned Newman her raves in this column.

Comden and Green also wrote the lyrics, librettos and screenplays for such Hollywood and Broadway musicals as “Applause,” “The Band Wagon” and the 1992 Broadway production “The Will Rogers Follies,” starring Marla Maples (who was, at the time, an item with Donald Trump). At the post-opening-night party at The Plaza’s Terrace Room, I spotted Comden sitting alone in a corner. Smitten by her deep-socketed eyes and high-arched eyebrows, I said, “You know, you have that Greta Garbo look.” Comden perked up: “Really! Well, my dear, you are now a friend for life.”

Giving sparkle, humor and insight to the evening’s Comden and Green lyrics, and to the scores of Leonard Bernstein, Cy Coleman and Jules Styne, were Walter Bobbie, Jason Danielev, Darius de Haas, Brooks Ashmanskas, Meredith Lustig and David Krohn. Among the guests who headed to the Rainbow Room for the post-concert gala were Sidney Lumet and Jamie Bernstein. Comden died in November 2006. Green died in October 2002.

HONORED IN MANHATTAN — JAN KARSKI, A POLISH TZADIK WHO ALERTED ALLIED LEADERS ABOUT THE NAZIS’ PLANS TO EXTERMINATE POLAND’S JEWRY

On April 16, Madison Avenue at 37th Street in New York City was officially designated Jan Karski Corner, in honor of the Polish underground courier whose message in 1943 to the Allies, which could have saved millions, fell on deaf ears. “There was stenosis of the spine,” declared former New York City mayor Ed Koch, Karski’s friend and frequent chess partner, addressing the several hundred gathered at the ceremony, across from the De Lamar Mansion, which houses the Polish Consulate. Though Karski is not as well known as Oscar Schindler, whose “list” saved 1,000 Jews, nor Japanese diplomat Chiune Sugihara, whose 2,139 visas to Japan saved 6,000 Jews, his eyewitness testimony plus documentation from Bundist leader Leon Feiner and Poale Zion leader Adolf Berman (whom he met after being smuggled into the Warsaw Ghetto) was met by British and American diplomats with silence, inaction and disbelief. “We are here to honor a saint,” Koch said. Among a roster of speakers was Poland’s consul general, Krzysztof Kasprzyk, who described Karski as “a real hero of the Polish and Jewish people.”

Secreted from Poland, Karski went to London and met with Britain’s foreign minister, Anthony Eden, whose response to Karski’s documentation of the imminent fate of Poland’s Jews was, “Things will proceed as they were meant to proceed.” Wanting to meet with leaders of the American Jewish community, Karski made his presentation to Supreme Court Justice Felix Frankfurter, a close friend of president Franklin Delano Roosevelt. It ended with: “Mr. Karski, a man like me talking to a man like you must be totally frank. So I must say, I am unable to believe in what I have just heard, in all the things that you have just told me.” At the end of Karski’s hour-long meeting with Roosevelt in the Oval Office, during which the president expressed great interest in the situation of occupied Poland — Karski’s report about the Nazi terror, roundups in streets, accounts of his secret visit to the Belzec extermination camp — Roosevelt assured Karski: “Tell your leaders that we are going to win this war and that the perpetrators will be punished for their crimes…. Tell the people of your country that they have a friend in the White House.”

In May 1943, after a meeting with Bundist Schmuel Zygelbojm, who is a Jewish representative within the Polish National Council in London, Karski was devastated by the news that Zygelbojm had committed suicide by shooting himself in the mouth.  In his suicide note, Zygelbojm wrote: “The responsibility for the crime of murdering the whole Jewish population of Poland rests in the first place upon the murderers themselves but indirectly it rests upon all humanity, the governments and peoples of the Allied States which have not yet undertaken any concrete action to stop this crime. By passively watching the extermination of millions of defenseless children, women and men… those countries become accomplices of the murderers.” It has been reported by those who knew him that Karski forever felt a sense of guilt at not having been able to galvanize the world’s leaders to help save the Jews of Poland.

Following the ceremony, there was a panel discussion by Karski’s former colleagues at Georgetown University, who recalled his brilliance. In 1992, Karski established the Pola Nirenska Prize at the YIVO Institute for Jewish Research in memory of his wife, choreographer Pola Nirenska, a Holocaust survivor. The $5,000 prize was designated for authors documenting Polish-Jewish relations and Jewish contributions to Polish culture. The 2008 prize was awarded to Szymon Rudnicki, a professor of history at Warsaw University. As noted in the current issue of YIVO News, “A major topic in Rudnicki’s scholarship is the Jewish question in Poland and Polish-Jewish relations.”

I first met Karski at the September 8, 1997, lecture “Opening Pandora’s Box: Poles and Jews 50 Years After the Holocaust,” presented by YIVO senior research fellow Michael Steinlauf at the Kosciuszko Foundation. It was a preamble to an all-day symposium on Polish-Jewish issues, during which Rabbi Chaskel Besser of the Ronald S. Lauder Foundation was presented by Karski with the Serce dla Serce (heart-to-heart) award from the Polish National Church. That evening, I told Karski that Feiner, the Bundist whom he met when he entered the Warsaw Ghetto, was a colleague of my father’s, as was Shmuel Zybelbojm, whose son — who perished in the ghetto — had been a schoolmate of mine. On the occasions when we met again — once at the United Nations in 2000, at a tribute to rescuers — he would grasp my hands in his and, in both Polish and English, wish me well.

Koch called him a saint; in Polish, his designation is swiety; to me, he was a tzadik. In 1982, Yad Vashem in Jerusalem designated Karski as one of the Righteous Among Nations, and the Israeli government declared him an honorary citizen of Israel.

The last time I spoke with Beatrice Arthur, who died at 86 on April 25, was when she hosted the October 1996 Academy of Television Arts & Sciences gala honoring Milton Berle. I was an early fan of her character, Dorothy Zbornak, on “The Golden Girls,” which also starred Betty White as Minnesota-born goofy herring-loving Rose; Rue McClanahan as the sex-obsessed widow Blanche, and Estelle Getty as Dorothy’s Sicilian-born mother, Sophia. I have begun to watch late-night reruns of this still relevant series. What often gets me laughing are Arthur’s impeccably timed and deadpan retorts. In a recent rerun, Dorothy abandons old friends Rose and Blanche for a chic, sophisticated new friend who invites her to an event at which, Dorothy is told, “Jews are not welcome.” Dorothy’s verbal pepper-spray reaction to antisemitism and bigotry is worthy of an award from the Anti-Defamation League. I’d like to think that Arthur (née Bernice Frankel), who originated the role of Yente in the 1964 production of “Fiddler on the Roof,” did not need writers to articulate her personal feelings about bigotry of any kind.

“Milton put TV on the map,” Arthur told the black-tie crowd at the 1996 gala at the Waldorf-Astoria. She did not hog the mike, and relinquished it with grace as one Berle fan after another paid tribute to “Mr. Television.” Jerry Orbach joshed, “Milt told me I might be one of his illegitimate sons.” Joy Behar expounded on the birth of Hasidism: “Two hundred years ago, some guy woke up in a forest in the Ukraine and asked, ‘How can I serve my Lord and make a fashion statement at the same time — a fur hat in August and a wool coat in 100 degree summer heat?’” Standing to Behar’s left, Arthur gave an instantaneous reaction. As she had frequently done in response to Rose’s or Blanche’s gaffes, Arthur, in her “Golden Girls” persona, raised her eyebrows heavenward. No translation was needed.

“I met Milton when I was a child in my father’s [Lou Walters] nightclub,” award presenter Barbara Walters recalled. “I accept the award on behalf of all the heroes in our industry… heroes who face the world naked but for their weapon of laughter,” Berle said as Arthur and the other comics in the room nodded. But it was Berle’s zinger that got Arthur to actually laugh out loud: “I got into an elevator, and this guy was talking Iranian, so I told him: ‘Stop speaking Iranian. You’re in America now. Speak Spanish!” Thanks to “Golden Girls” reruns, Bea Arthur will keep us smiling and laughing for decades to come.