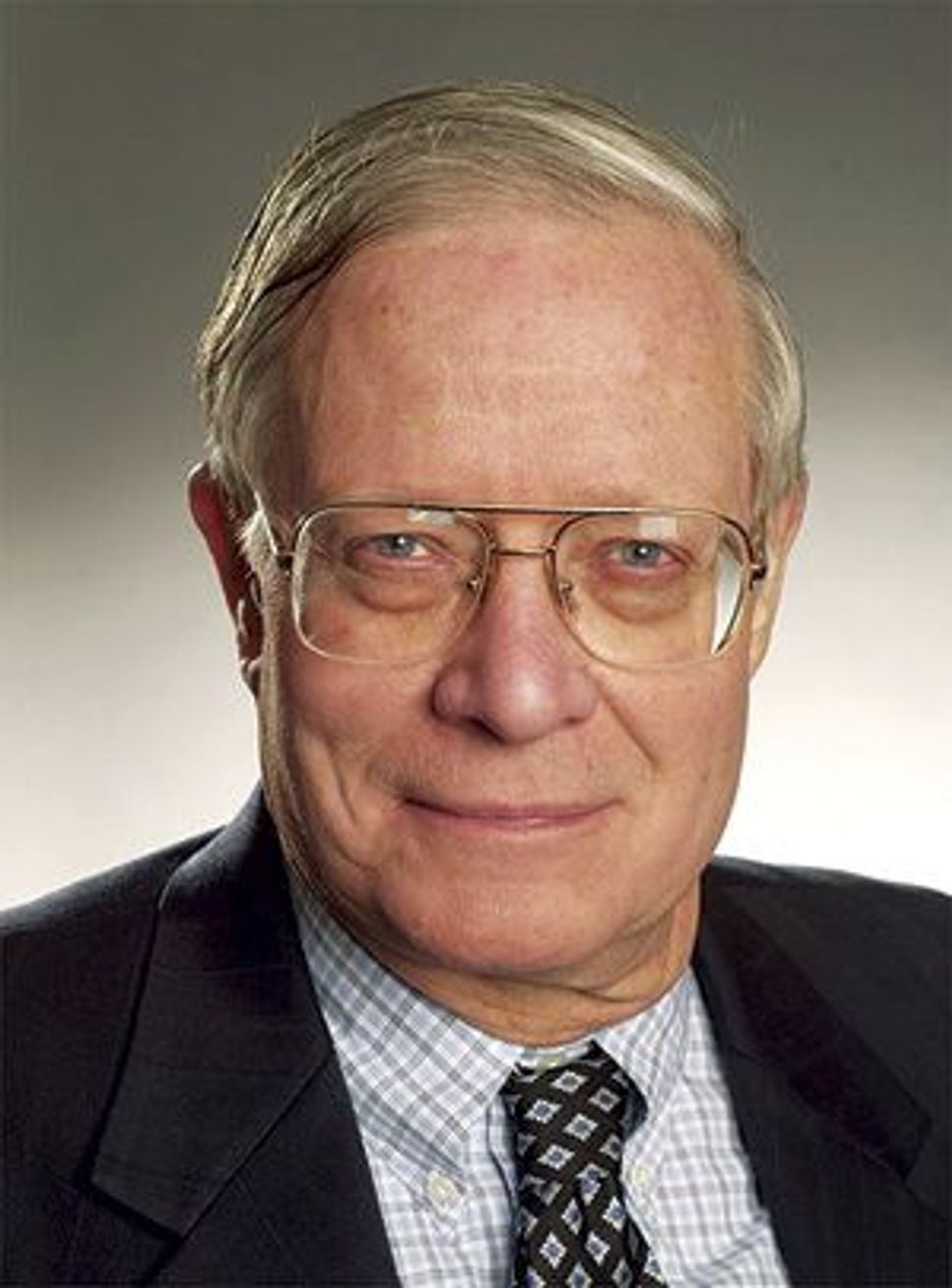 As Israel continues to proclaim its readiness to launch a military attack on Iran should American diplomacy fail to stop Tehran’s drive for nuclear capabilities, an increasing number of analysts and some political leaders are publicly questioning Jerusalem’s confident portrayal of its chance for military success. 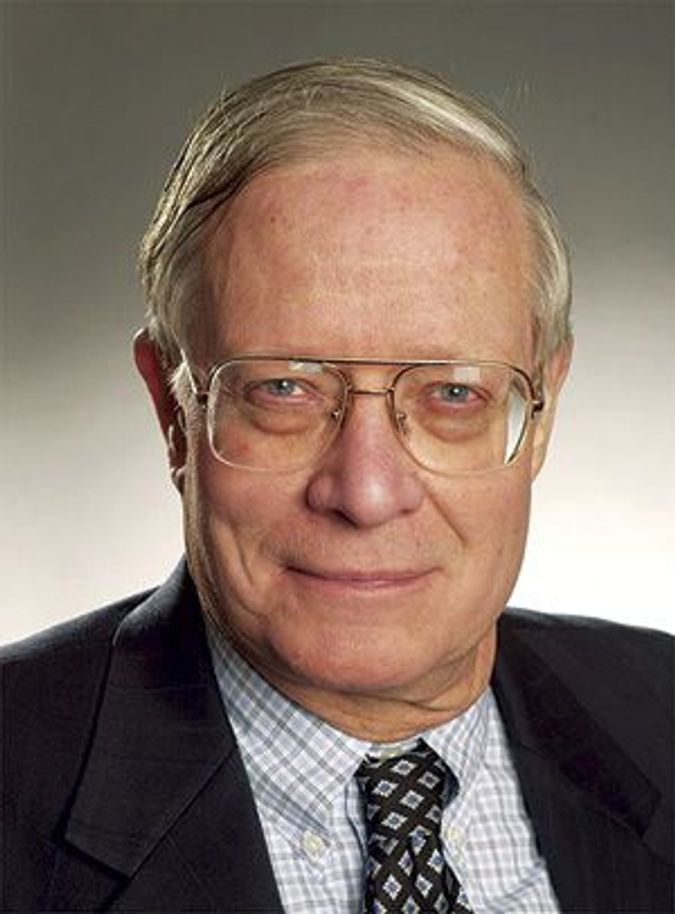 Their concerns, based on sober analyses of Israel’s known capacities and the scope of the challenge it would face, are crystallized in a recent 114-page paper by Anthony Cordesman and Abdullah Toukan, senior scholars at Washington’s Center for Strategic & International Studies. They have produced what is regarded as the most detailed public study thus far of the challenges Israel would face.

Their conclusion: Chances of a strong success — defined by how much of Iran’s uranium enrichment program is destroyed or the number of years the attack delays Iran’s acquisition of material sufficient to build a nuclear bomb — seem dubious, while the risks of the undertaking and its harsh military and destabilizing geopolitical consequences seem overwhelming.

“The number of aircraft required, refueling along the way and getting to the targets without being detected or intercepted, would be complex and high risk, and would lack any assurances that the overall mission will have a high success rate,” the authors write of Israel’s military prospect.

Cordesman — a former national security adviser to Republican Senator John McCain of Arizona — is considered among the leading analysts on the Middle East and American military and strategic policy. Toukan was an adviser to the late King Hussein of Jordan.

In Israel, growing fear of a nuclear Iran, stoked by escalating rhetoric in Tehran and Jerusalem, has moved half of all Israelis to support an immediate Israeli strike against Iran, without waiting for the United States to complete its attempt at diplomatic engagement, according to a recent poll by Tel Aviv University’s Center for Iranian Studies.

Israeli Prime Minister Benjamin Netanyahu, a longtime proponent of a viable Israeli military option against Iran, has been a prime figure in both reflecting and reinforcing his constituents’ eagerness to act. As recently as May 26, in a meeting with members of his Likud Party, Netanyahu said, referring to Iran, “My job is first and foremost to ensure the future of the state of Israel… the leadership’s job is to eliminate the danger. Who will eliminate it? It is us or no one.”

Cordesman and Toukan wade deep into the weeds of how this would be done. They warn that limited aerial resources would force Israel to limit itself to attacks on just three key sites among Iran’s numerous nuclear development centers. And the bombings themselves would require a demanding and repeated pinpoint accuracy to penetrate thick reinforced concrete and deep underground facilities protected by substantial Iranian air defenses.

Their March 14 study notes that these defenses may include a deadly, ultra-sophisticated Russian anti-aircraft system that could down 20% to 30% of Israel’s attack aircraft — “a loss Israel would hardly accept in paying.” They note reports that Russia has secretly supplied Iran with this system, the SA-12 Gladiator/Giant. Also, even a successful Israeli attack on these three sites could prove futile, they warn, if Iran maintains secret facilities for uranium enrichment, as some suspect.

Meanwhile, in the event of an attack, Iran and its Shi’ite allies in neighboring countries would launch retaliatory attacks against Israel, American military forces in Iraq, and Western interests regionwide, Cordesman and Toukan suggest. They predict that these attacks would include ballistic missiles — including some with chemical, biological and radiological warheads — targeting “Tel-Aviv, Israeli military and civilian centers and Israeli suspected nuclear weapons sites.” Israel’s air defenses would not be adequate to counter the tens of thousands of missiles likely, they add.

Also, contrary to Israeli claims of tacit Arab support for an Israeli strike against Iran, “Arab countries will not condone any attack on Iran under the pretext that Iran poses an existential threat to Israel, whilst Israel has some 200 to 300 nuclear weapons,” they write. An Israeli attack, therefore, “will also harm for a very long period of time relations between the U.S. and its close regional allies,” they claim.

Such a heavy military and strategic price, weighed against the real possibility that an Israeli strike will not significantly set back Iran’s nuclear abilities, make an Israeli attack unlikely, many who have examined the issue say.

Indeed, as he neared the end of his time in office last year, Israeli Prime Minister Ehud Olmert argued — in contradiction to the public stance he took during his tenure — that Israel had “lost its sense of proportion” when claiming that it could deal militarily with Iran’s nuclear threat. “Let’s be more modest, and act within the bounds of our realistic capabilities,” Olmert said.

His successor has had no hint of such second thoughts. Underlying Netanyahu’s cost/benefit assessment is his view that Iran’s leaders are “a messianic apocalyptic cult” who will not be deterred by Israel’s own nuclear weapons capability. “When the wide-eyed believer gets hold of the reins of power and the weapons of mass death, then the entire world should start worrying, and that is what is happening in Iran,” he told the Atlantic’s Jeffrey Goldberg in May.

In contrast, Cordesman and Toukan present an Iran that is a rational, if hostile, state, with concrete geopolitical rationales, justified or not, for its perceptions of its nuclear needs. These include “unfriendly neighbors surrounding them, including nuclear tipped Pakistan” just to Iran’s east; the “grave threat to its security” that Iran sees in America’s occupation of Iraq immediately to its west and the presence of the U.S. Fifth Fleet in the Persian Gulf waters lapping its south. This is seen in the context of what was, until recently, America’s declared policy of “regime change,” they note. Finally, say Cordesman and Toukan, Iran’s fear of “Israeli intentions to destabilize Iran and attack its nuclear facilities,” drive it to develop its capabilities all the more.

Michael Eisenstadt, director of the Washington Institute for Near East Policy’s Military and Security Studies Program, said that in the short term, an Israeli attack could create a delay in Iran’s nuclear program. But he warned of the Israeli school of thought that is based on the 1981 attack on Iraq’s nuclear reactor, an attack that, it turned out, put an end to Iraq’s nuclear aspirations. Eisenstadt, who co-authored a June 2008 monograph on this issue with Patrick Clawson, explained that an Israeli operation could not be a one-time strike: “Once you attack once, you are committed to a long-term policy of prevention that will go on for years.” He also cautioned that if Iran obtains a bomb despite Israel’s harsh warnings, or even after an Israeli attack, it will have a negative impact on Israel’s future military deterrence.

Reuel Marc Gerecht of the neoconservative-oriented Foundation for the Defense of Democracies, on the other hand, believes there is no difference between bombing Iran’s nuclear sites and the operations Israel took against similar facilities in Iraq and in Syria. In both cases, he argues, Israel had no assurance that the airstrikes would put an end to the country’s nuclear aspirations, but it still went ahead and launched an attack.

No one has been stronger in rejecting this view than Israeli Defense Minister Ehud Barak.

“There is no comparison,” he told the Israeli daily Haaretz in late May. “In the Iraqi case, there was one target that existed and was working, and a surgical strike eliminated it…. Here we are up against something far more complex, sophisticated and extensive. The Iranians don’t play backgammon, they play chess, and in fact they invented the game.”

Tellingly, Barak sought to play down the idea promoted by other Israeli leaders, including Netanyahu, that Iran’s overriding motivation in its nuclear drive was an apocalyptic fixation on Israel.

“The Iranian nation is a collection of people held together by an identity that includes the perception of being an empire from the dawn of history,” he said. “Part of their nuclear pretensions have nothing to do with Israel, but with their place in the world and the Orient.”

Voicing a faith in the deterrent capability of Israel’s own nuclear arsenal against Iran that is rarely heard from Israeli leaders, he said, “There is no one who will dare try to destroy Israel.”

Barak’s sharp warning could be seen as an attempt to bridge the current radical disconnect between Israeli public opinion and emergent expert assessments.

In a review of Cordesman and Toukan’s study, Haaretz military correspondent Reuven Pedatzur warned, “It is time to stop waving around the scarecrow of an existential threat and refrain from making belligerent statements.”

Israel’s confident declarations about its ability to reach and attack Iran and “empty promises” about its ability to repel a downpour of missile retaliation “not only do not help bolster Israel’s power of deterrence, but actually undermine the process of building it and making it credible in Iranian eyes,” he said.

Instead, Israel must prepare for the coming day of a hostile Iran’s nuclear capability. “The key, of course, is deterrence. Only a clear and credible signal to the Iranians, indicating the terrible price they will pay for attempting a nuclear strike against Israel, will prevent them from using their missiles.”