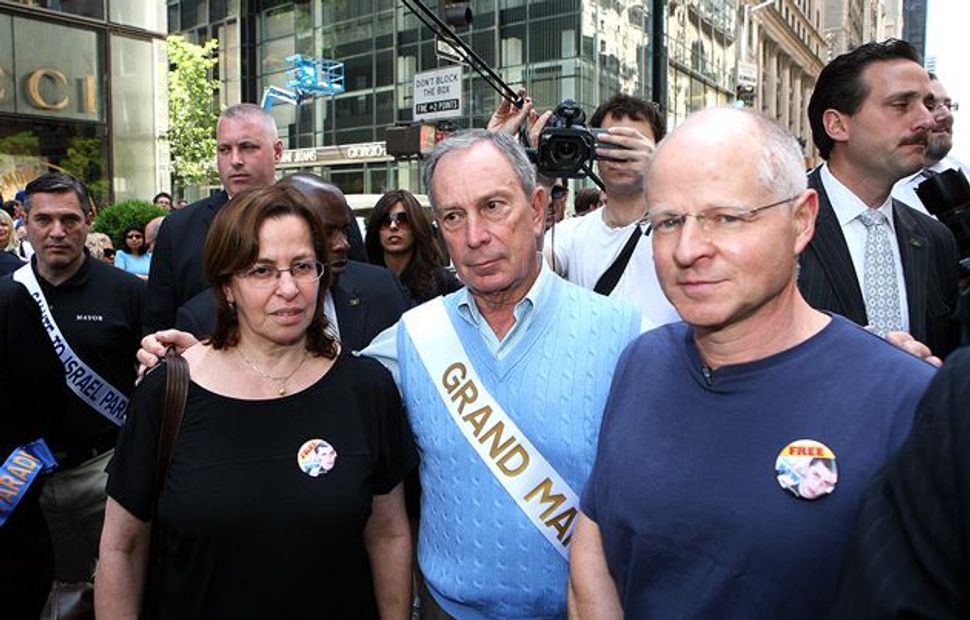 Asked how he and his wife managed to cope as they approach the three-year anniversary of their son’s kidnapping by Hamas, Noam Shalit was characteristically blunt.

“We don’t,” he said, his arms tightly crossed and his expression stony. “You cannot get used to this situation. It’s a continuous nightmare.”

Israeli soldier Gilad Shalit, now 22, has been the focus of a diplomatic tug of war since he was seized by Palestinian militants on a cross-border raid June 25, 2006. Hamas has not allowed the Red Cross, or any other outside observers, to see Shalit since his kidnapping. The conditions of his captivity and the state of his health are unknown.

The new Israeli government announced on May 31 that Haggai Hadas, a former senior Mossad intelligence agency operative, would take charge of negotiations for Shalit’s freedom. The post had been vacant for a month.

And yet, Noam Shalit, who spoke to the Forward while in New York for the annual Salute to Israel parade, has trouble getting excited about the news. His hopes have been raised by apparent progress — and dashed — too many times before.

Noam Shalit said he is heartened by the support he feels from American Jews, especially the crowds who cheered him at the Salute to Israel parade on May 31. He and his wife, Aviva, spoke briefly with Mayor Michael Bloomberg and gave him a button bearing their son’s photograph.

“He sympathized with us, and expressed his solidarity and his support,” Shalit said. The brief moments with Bloomberg were a nice “photo op,” Shalit said, but he knows the main arena for advocacy for his son is Israel. Still, he’s willing to go almost anywhere and try almost anything if he thinks it will help Gilad.

“We are trying every channel, in every possible way. You never know what will be effective,” Shalit said.

A reserved man, naturally quiet like his son, the role of family spokesman does not come easily to Shalit. But he regularly speaks to Israeli, Palestinian, American and European journalists to ensure that Gilad is not forgotten. In Israel, he said the support of everyday Israelis gives him comfort — people on the street, taxi drivers, store clerks recognize him and tell him to stay strong.

Despite the news media appearances and occasional meeting with politicians, the Shalits’ days are very much the same.

“We get up in the morning and think, ‘What can we do today that was not done yesterday?’ Shalit said. “That is basically our days.”

Shalit, an engineer, has scaled back his work to part-time at Iscar, a metal cutting-tool manufacturer owned by American investor Warren Buffet, who met with Shalit when he visited Israel in September of 2006. It can be hard to concentrate at work, he said, but at least it keeps him busy. He and his wife have two other children: an older son who is finishing his university degree, and a younger daughter who just graduated from high school and is preparing to enter the Army.

Celebrations of happy events, like graduations, still go on in the Shalit family, but the shadow of Gilad’s absence is always present, Noam Shalit said.