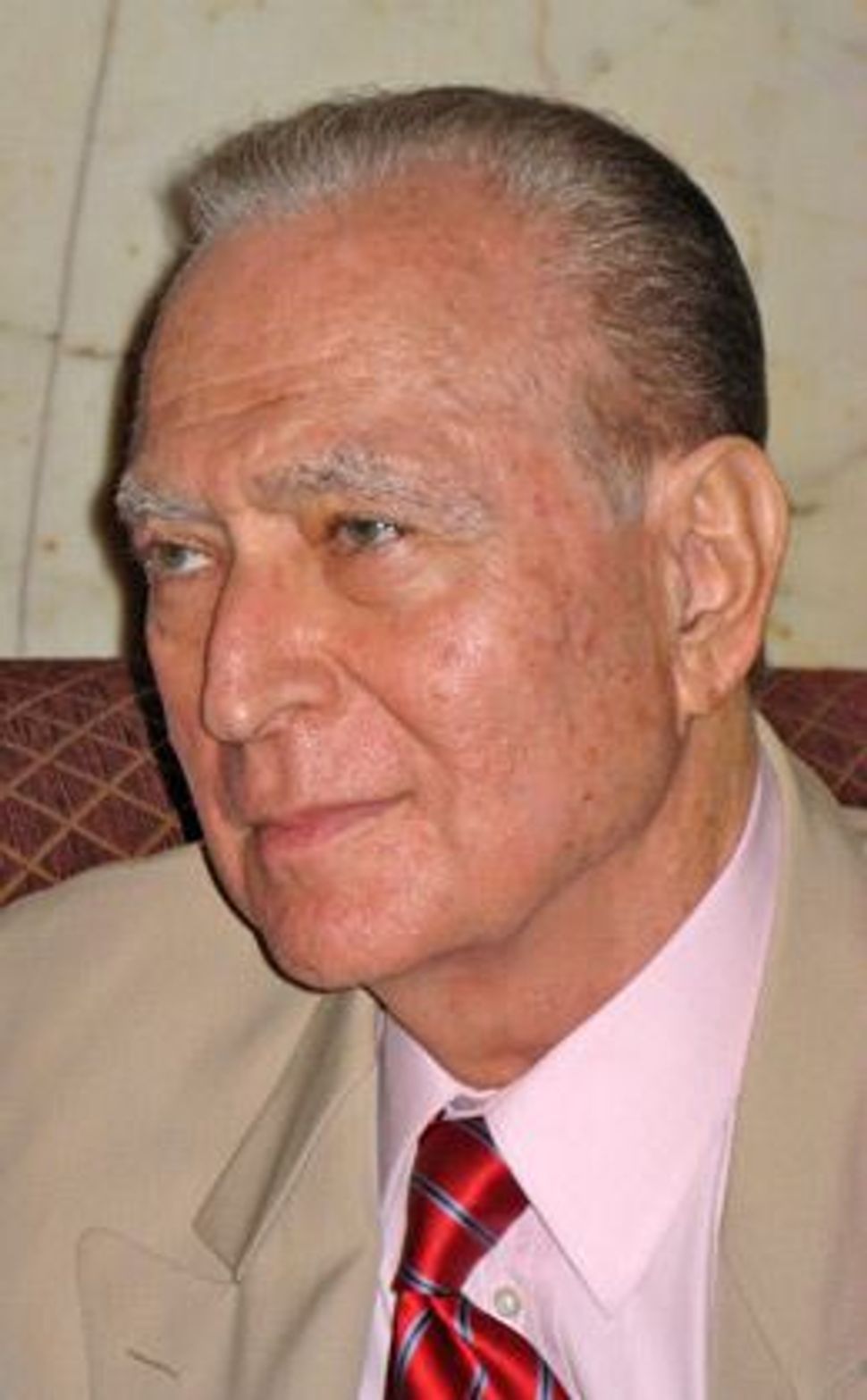 “This is a real night for American Jewish Southern history,” said Eli Evans at the May 5 book launch of “An American Experience: Adeline Moses Loeb and Her Early American Jewish Ancestors,” held at the Metropolitan Club and hosted by Loeb’s grandson, John L. Loeb Jr., a former ambassador to Denmark. “Tonight we celebrate a kind of miracle,” said Evans, author of “The Provincials: A Personal History of the Jews in the South” and “Judah P. Benjamin: The Jewish Confederate.” Evans, who penned the introduction to “An American Experience,” added: “This is about seven generations going back to the 1690s. The Moses family and the Loeb family were here for every chapter: They fought in the Indian Wars, the American Revolution.” Evans touted the Loeb family’s history as interfacing “with every important name in American Jewish history — the Touro [Synagogue], [Benjamin N.] Cardozo [and] Rebecca Gratz, the most beautiful woman in America…. What a rare American Jewish story… a tribute to American religious freedom.” A beaming Loeb thanked the eclectic assemblage of guests for coming. Book buyers and browsers included Denise Rich, Sharon Bush, Matthew Bronfman, Marion Wiesel, Prince DImitri of Yugoslavia, **Barbara de Portago, Jonathan and Somers Farkas, Ruth Rabb, Lady Liliana Cavendish, Ken Libo and the noted Jewish genealogist Miriam Weiner (“Jewish Roots in Poland: Pages From the Past and Archival Inventories”). 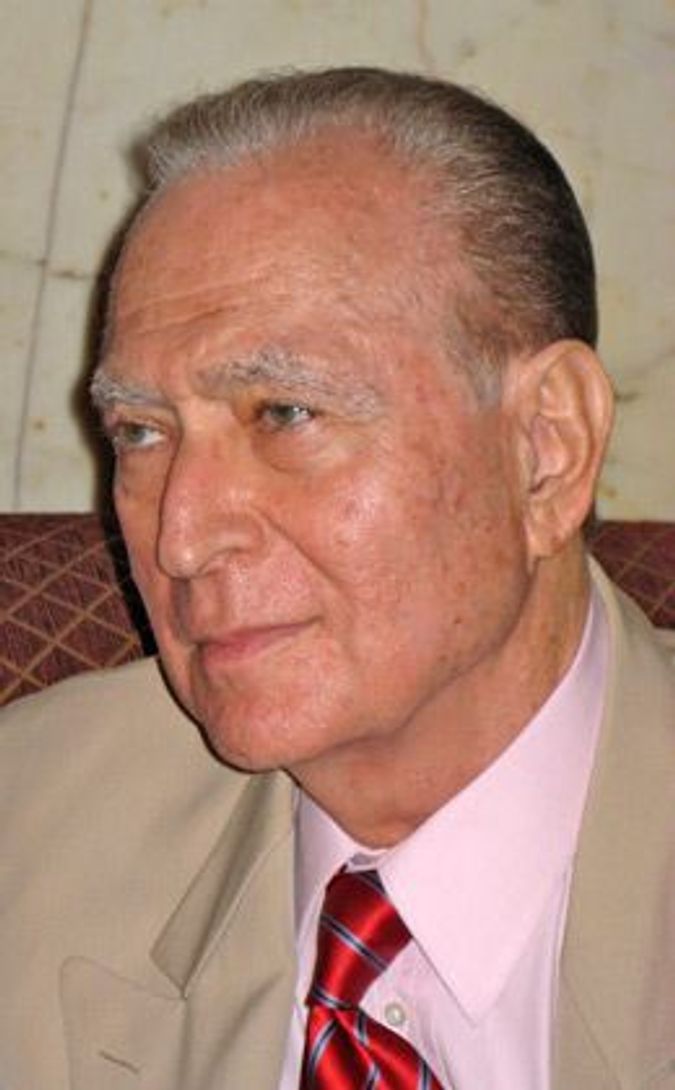 As Evans noted, Gratz (1781–1869), distantly related to Adelina Moses Loeb (whose portrait is in the book), was known for her beauty. In fact, she was so beautiful that the illustrious artist Thomas Sully (1783–1872)painted her portrait at least three times. Gratz, who lived in Philadelphia, never married. Legend has it that as a girl, she had fallen in love with a gentile, but because of her devotion to Judaism, her marriage to him was out of the question. Instead, she devoted her life to the education of Jewish children, establishing the first Jewish Sunday school in the United States and helping to bring up the nine children of her beloved younger sister, who died in 1823. It was also believed that Gratz was the inspiration for Sir Walter Scott’s Jewish heroine Rebecca in the historical novel “Ivanhoe.” In the 1952 Hollywood film “Ivanhoe,” based on Scott’s book, Elizabeth Taylor — a convert to Judaism — portrays “the Jewess” Rebecca.

Published by the Sons of the Revolution in New York State, the book is divided into three parts. Part one is based on Margaret Loeb Kempner’s oral memoir, narrated in 1980. In part two, ambassador Loeb highlights the family’s “unabashed celebration of patriotism.” In part three, genealogist Judith Endelman traces Adeline Moses Loeb’s lineage with a family tree pullout chart, 16 inches by 45 inches, listing her “Direct Line Ancestors; Descendants and Spouses; Collateral Relations; AML Siblings, Aunts, Uncles, Cousins & Their Spouses,” plus nearly 100 “Other Connections” starting in the mid 1600s. Among the “others” are Colonel Isaac Franks (1759–1822); Major Henry Campbell Bruce, 2nd Baron Aberdale of Duffryn (1851–1929); Major Randolph Frederick Edward Churchill (1911–1968), Winston Leonard Spencer Churchill, Harry Ronald Neil Primrose, and Lord Dalmeny, all of whom, it was noted in the book’s forward, are among Adeline Moses Loeb’s “selected American and British connections of Jewish descent.”

“YIVO is a repository of the hundreds of organizations which no longer exist,”  said Bruce Slovin, chairman of the board of YIVO Institute for Jewish Research, at YIVO’s May 6 Heritage Luncheon at the Center for Jewish History. “Basements full of files and archives would have gone into the Dumpster were it not for YIVO — a [sanctuary] for the Jewish communities’ genealogy.” By chance, the luncheon’s honorees, Saul Kagan and Drs. Emilia and Alexander Sedlis, all had roots in Vilna, where YIVO was founded in 1925. “There are survivors in Kiev, in Tel Aviv, in Brooklyn, who have never heard of Saul Kagan,” said Gideon Taylor, executive vice president of the Conference on Jewish Material Claims Against Germany (Claims Conference). “Survivors across the globe live out their lives because [he] — a man of courage and principle — stood up for them,” said Taylor, who presented Kagan with YIVO’s Lifetime Achievement Award. “It was the first time Jews confronted directly the perpetrators of a crime,” said Kagan, Claims Conference executive vice president emeritus and corporate secretary consultant. “There was no Claims Conference in 1492! There was no Claims Conference for tsarist pogroms! There is an account that has to be settled, an account to a people for the elimination of a culture.”

In the immediate post-World War II period, Kagan served in Germany as chief of financial intelligence for the U.S. Military Government. Since 1951, Kagan has been professionally associated with the Claims Conference. “As a result of the agreement reached with the German Federal Republic, more than $60 billion in compensation has thus far been paid to Holocaust survivors throughout the world…. Since 1990, the Claims Conference has engaged in recovering heirless and unclaimed Jewish property in the former East Germany,” he said. The recovered proceeds are then allocated to institutions that provide shelter and social care to aged Jewish victims of Nazi persecution.

Dr. Alexander Sedlis, a professor emeritus of obstetrics and gynecology at Suny Downstate Medical Center, and his wife, Dr. Emilia Sedlis, a retired clinical professor in pediatrics at New York University Medical Center, were presented with the Vilna Award by their sons, Dr. Steven Sedlis and Daniel Sedlis. Alexander and Emilia said that they accepted the award in honor and memory of the entire Sedlis family. And what a family! Alexander followed in the footsteps of his father, Dr. Elias Sedlis, a renowned obstetrician-gynecologist in pre-war Vilna who was also chairman of the Union of Jewish Physicians, which held its first Congress in 1937 at the YIVO building in Vilna. One of the sons noted, “In prewar Vilna, the only ones who cared for the impoverished Jews were their fellow Jews.” Alexander’s brother, Gabriel Sedlis, was one of the youngest Jewish partisans who fought with the Abba Kovner Brigade in the Rudnicki Forest. He later became a successful architect in New York. Gabriel’s son, James Sedlis, is a pediatrician and sports medicine specialist in Connecticut. Co-presenter Steven is an associate professor of medicine at New York University School of Medicine and chief interventional cardiologist at the Manhattan VA Hospital. Wonder what profession the four Sedlis grandchildren will choose?

The May 4 Meretz USA: For Israeli Civil Rights & Peace Gala, which honored Aaron Ziegelman and Moshe (Martin) Kagan, was launched by Meretz’s president, Larry Lerner, who warmly greeted the upbeat crowd at the Harmonie Club. Yael Ridberg, rabbi of West End Synagogue, pronounced: “I am lucky enough to be Aaron and [his wife] Marjorie’s rabbi — as I have served West End Synagogue for 11 years[,] which they founded nearly a quarter -century ago.” On her list of the Ziegelmans’ attributes, good works and contributions, Ridbeg included Meretz USA Leadership Award recipient Aaron Ziegelman’s involvement with the Reconstructionist Rabbinical College; the establishment of the Jewish Reconstruction Federation Camp, and support for CLAL-National Jewish Center for Learning and Leadership, United Jewish Appeal, New Israel Fund, the Abraham Joshua Heschel School ,and the Jewish Board of Family and Children’s Services — dayenu! And then there is Ziegelman’s lifelong labor of love — immortalizing the town of Luboml, in which he was born and that, as the rabbi aptly stated, “Aaron brought back to life.” The book, the traveling exhibition and “Luboml” the film (which I consider among the finest of its genre of prewar shtetl memoirs) are the result of a driven mission not to let the people — from the town that he left as a child in 1938 — be forgotten.

Meretz USA Achievement Award recipient Moshe Kagan, 89, was born in Keidan, Lithuania and grew up in the Bronx. When he was 20, he enlisted in the U.S. Army, where, the program notes state: “Quick to see his brilliance the army sent… Kagan to Oklahoma where he and other recruits developed a complicated system to locate enemy artillery guns. Later, working at a small electronics firm, he designed a battery that eventually powered rockets and missiles for the Navy, Air Force and National Aeronautics and Space Administration. Kagan also worked as a consultant for Armand Hammer, the American-Jewish industrialist, and had “a role in designing the model for America’s fleet of nuclear submarines.” Along with several other ardent Zionists, Kagan helped found Americans for Progressive Israel, one of the predecessors of Meretz USA.

Kagan is also a supporter of the Jewish National Fund, the World Jewish Congress and the Jewish Labor Committee. I was thrilled to discover that my dinner table companion was Forward reader Gloria Goldreich, author of “Leah’s Journey,” the first of her long list of best-sellers.

On the way home on the subway, I noticed a pretty young blonde struggling with a children’s Hebrew workbook. “Do you teach Hebrew?” I asked. No. She and her Jewish boyfriend were going to Israel to live. His family is from Poland. I asked her if she knows anything about the Jewish community in Poland. No. It just so happened that the Meretz goody bag included a DVD of Ziegelman’s documentary “Luboml.” “Take a look at this film before you leave for Israel,” I told her. “This is most likely the world your boyfriend’s family came from. And when you get to Israel, this is the world that many of the parents and grandparents of modern Israelis you will meet came from.” She mentioned that she had many non-Jewish Polish friends whose parents and grandparents were born in Poland.  “Have them look at this film, too,” I told her as we parted. “They’ll have an inkling of what life in prewar Poland was like. It’s not a Holocaust film; it’s a ‘to life’ film.”