A plan to memorialize gay male victims of Nazism amid a collection of memorial stones for Holocaust victims in a quiet half-acre patch of Brooklyn has provoked an outcry.

New York State Assembly Member Dov Hikind, a Brooklyn Democrat whose many Orthodox constituents include numerous Holocaust survivors, has decried the planned addition as a distortion of the Holocaust’s meaning with regard to Jews.

“It’s easy to say, let’s include everybody, let’s be universal, diversity is great,” he said. But he added, “It just isn’t fair. It diminishes and really dilutes what the Holocaust is.”

On June 9, representatives of the International Association of Lesbian and Gay Children of Holocaust Survivors, which proposed the addition, could be found combing the bayside memorial to measure unmarked stone pillars and determine if memorial text could be carved on them, association co-chair Rick Landman said.

The altercation raises a question that Jews have faced with increasing frequency: Whose Holocaust is it, anyway? Roma Gypsies, the disabled and gay men were among those also especially targeted by the Nazis. According to historians, though, only Jews and Roma were targeted for annihilation. Altogether, the Nazis are estimated to have murdered some 11 million from their coming to power in 1933 until their downfall in 1945.

Flanked by Emmons Avenue and Shore Boulevard, at the easternmost end of Sheepshead Bay, the memorial, built in 1997, consists of a tall eternal flame sculpture — engraved with a short statement on the Holocaust and the nations affected by the genocide — surrounded by two adjacent gardens of stone markers, each of which features either a paragraph or two of history or a list of victims’ names.

For $360 per engraved line, donors to the non-profit Holocaust Memorial Committee can pay to have a victim’s name printed on one of the stone markers. The registration form for this service, found on the committee’s Web site, asks donors to provide the victim’s name and a brief history of his or her Holocaust experience. The committee then meets to verify the authenticity of the proposed inscription, committee treasurer and past president Alfred Gollomp said.

Gollomp complained that in signing on to the IALGCHS proposal, Mayor Michael Bloomberg, City Council Speaker Christine Quinn and the city’s parks department were ignoring a memorandum that gives the Brooklyn-based group control over the park markers.

“The parks department is going over our heads… and Miss Quinn and the City Council probably [don’t] give a damn because of who she is,” he said referring to Quinn, who is gay. “What’s going to happen is going to happen. There’s nothing we can do about it.”

Landman said he’s not looking for a fight with Hikind. He just wants to get his pillars — set to commemorate “the homosexual community,” Gypsies, Jehovah’s Witnesses, political prisoners and the disabled — inscribed.

“To me, I think it’s all part of the history of the Nazi era. Everyone who was innocent and was murdered should be memorialized,” he said. “This is not an attack on the 6 million or their memories.”

At a press conference June 8 to inaugurate the High Line, Manhattan’s newest public park, Bloomberg was asked by a reporter about the controversy and said, “It wasn’t only the Jews that were massacred.” Hikind says it’s this comment that most incenses him.

“That is exactly… making equivalency,” Hikind said. “Victims are victims, but the systematic annihilation, the Final Solution, was directed against the Jewish people and no one else.”

Hikind said he sent a letter to Bloomberg inviting him to change the name of the park to the “Victims of the Nazis Memorial Park.” A broad name like that, he says, would produce no objections.

Jason Post, a member of Bloomberg’s press office, said he didn’t know if the mayor had received Hikind’s letter.

Some Holocaust experts point to a third way of dealing with the problem: acknowledging and memorializing other groups’ suffering as a means of both illuminating their struggles and highlighting the singularity of the Jewish experience under the Nazis.

“In order to understand what is unique about the victimization of the Jews, you must understand where their fate paralleled and where their fate differed from other Nazi victims,” said Michael Berenbaum, the original project director of the United States Holocaust Memorial Museum in Washington, from 1988 to 1993. Berenbaum, who employed this approach at the Washington museum, said it has since been used at Yad Vashem, the Museum of Jewish Heritage, and other institutions around the country and the world.

“He’s 20 years behind the times in the debate,” Berenbaum said of Hikind. “The question becomes how you include [non-Jewish Nazi victims] in a way that speaks about the uniqueness of the Holocaust.”

Though a light rain kept most Brooklynites away from the park on the morning of June 9, those milling about the memorial or strolling bayside offered strikingly different opinions on the city’s plan.

Milena Boev, a child care provider from nearby Bensonhurst, called opposition to including non-Jewish victims “a kind of discrimination.”

“If someone decided to build a park for just the gays and Gypsies, what would the Jews say?” she said. “It’s a bit arrogant.”

But Ellen Retsepter of Sheepshead Bay doesn’t buy it. If the Gypsies need a memorial, she said, then make a memorial for the Gypsies.

“I think it should be just for Jews,” said Retsepter, who works in the financial industry. “I don’t know why you need to combine all the groups together.” 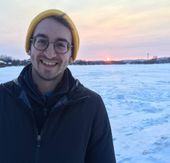