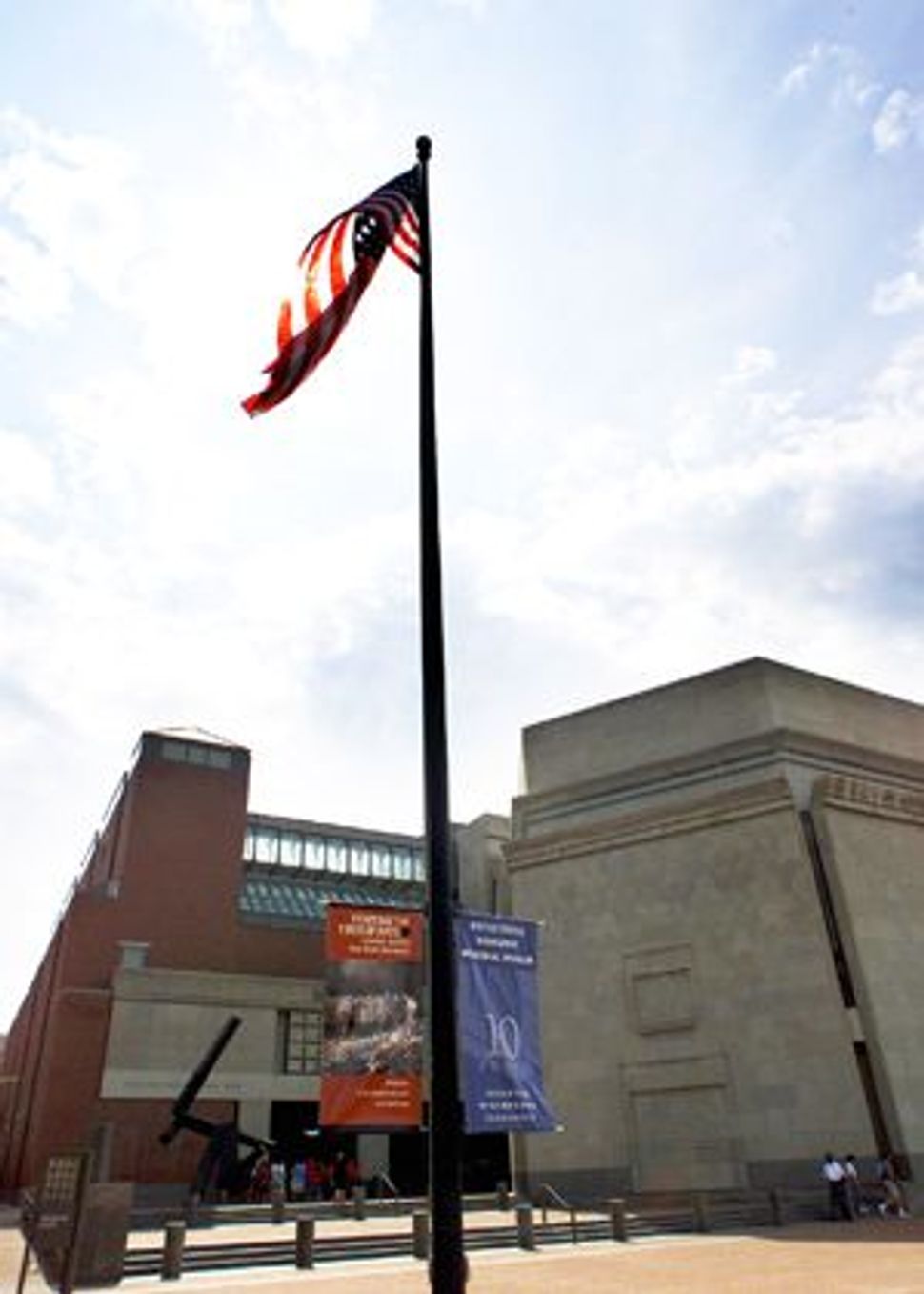 From its inception, the United States Holocaust Memorial Museum in Washington, D.C., has regarded itself — and been regarded by others — as a high-priority target, and for good reason. Though not a Jewish institution but a government institution, it is one of the most visible manifestations of the prominence of American Jewry — its creators — and is the cathedral of American Holocaust memory. 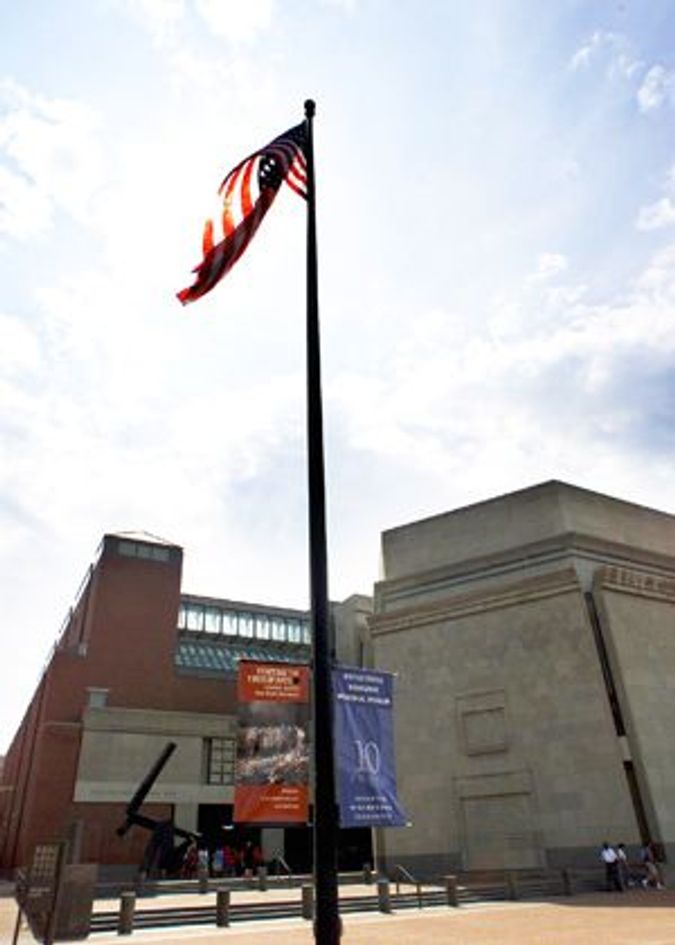 For the past 15 years, the museum has spent significant resources on security and held itself to the highest standards. Its security staff is very professional, well trained and armed. These high standards were evident on June 10 in the swiftness of the security guards’ response when a gunman determined to kill entered the museum’s main hall. Lives were saved. There may have been as many as 2,000 people in the museum that day. We deeply mourn the death of Officer Stephen Tyrone Johns, a six-year veteran of the museum’s security staff, and salute his colleagues for their immediate and effective response.

The alleged shooter, an 88-year-old white supremacist — let us not give him the dignity of a name — reminds us that danger lurks in many places and that hatred takes many forms. He hated Jews, but not only Jews. Racists seem unable to confine their hatred to only one group, and this often generates solidarity among the subjects of their hatred, for the safety of one group is inextricably linked to the safety of another, and to the effectiveness of law enforcement groups and the rule of law. He proclaimed his hatred on the Web. His heinous act is the loudest proclamation of that hatred.

We should genuinely fear a copycat killer, and other institutions must take appropriate precautions. A lone gunman willing to risk his own death seldom can be stopped. Homegrown terrorists are dangerous, as we saw in a Kansas church on May 31, when an anti-abortion rights activist murdered Dr. George Tiller, an abortion provider.

There is, right now in America, an almost perfect storm to create a climate of hatred. Economic uncertainty, loss of jobs, the erosion of economic security for the middle class and the amplification of hatred in our media, especially talk radio and cable television. In this climate Jews, but surely not only Jews — have been recently targeted: a student murdered at Wesleyan University, an alleged plot to bomb two synagogues in Riverdale, N.Y. and now the USHMM.

The attack also reminds us of the sheer power of the events of the Holocaust; the power to plead for dignity and decency, for tolerance and pluralism, and for an effective response to other genocides, and for the condemnation of antisemitism, past and present. And the power to attract those very forces the Museum seeks to combat.

The killer may have been on Holocaust overload. This is not to excuse his action, nor to suggest that the emphasis on the Holocaust is not appropriate, but merely to emphasize our contemporary reality.

Pope Benedict XVI recently visited Yad Vashem and forcibly condemned Holocaust denial and antisemitism. And while most Jews regarded his words somewhat disappointedly — they were overly intellectual, somewhat cold and devoid of autobiographic detail, especially when contrasted with those of his predecessor, Pope John Paul II — such subtlety was likely lost on the killer.

President Obama also may have been on his mind. An African-American man who is clearly brilliant and articulate accepted by the American people as their president may have been too much for a white supremacist to handle. It shatters his perception of the world, the certainty of his own twisted vision. Obama’s appointments of his female opponent as secretary of state and a female justice of Hispanic origin to the Supreme Court may fuel the perception that the America the killer embraced is swiftly disappearing. The times they are a-changin’.

The president’s forceful condemnation of Holocaust denial in Cairo was unambiguous and authoritative. So welcome to many of us, it may have been raw meat for such a man of hate. And the president’s visit to Buchenwald in the presence of the president of Germany and the chancellor of Germany, with Elie Wiesel, the most prominent survivor of Buchenwald, as their guide, was a direct refutation of his worldview. New leaders had arisen in Germany; they do not deny the past, they condemn it. The skeletonlike figure who once slept in the barracks of Buchenwald had become a world spokesman for human dignity and for embracing the diversity of God’s creations. This, too, must shatter the worldview of a man filled with hatred.

Those who visit the museum in the aftermath of this horrendous attack should view their visit as an act of defiance, denying white supremacists and other haters their victory. The death of Johns should renew our determination to advance the causes of the museum, for which he gave his life.

Both the United States Holocaust Memorial Museum and the American Jewish Committee have established funds to honor officer Stephen Tyrone Johns and benefit his family. All proceeds will go to this family. The address of tbe Museum is 100 Raoul Walllenberg Place, SW Washington, DC 20024. The American Jewish Committee is at 165 East 56th Street, New York, New York 10022.

Michael Berenbaum was project director during the creation of the United States Holocaust Memorial Museum and is a professor of Jewish studies and director of the Sigi Ziering Institute at the American Jewish University in Los Angeles.