When Bad People Want To Be Jewish 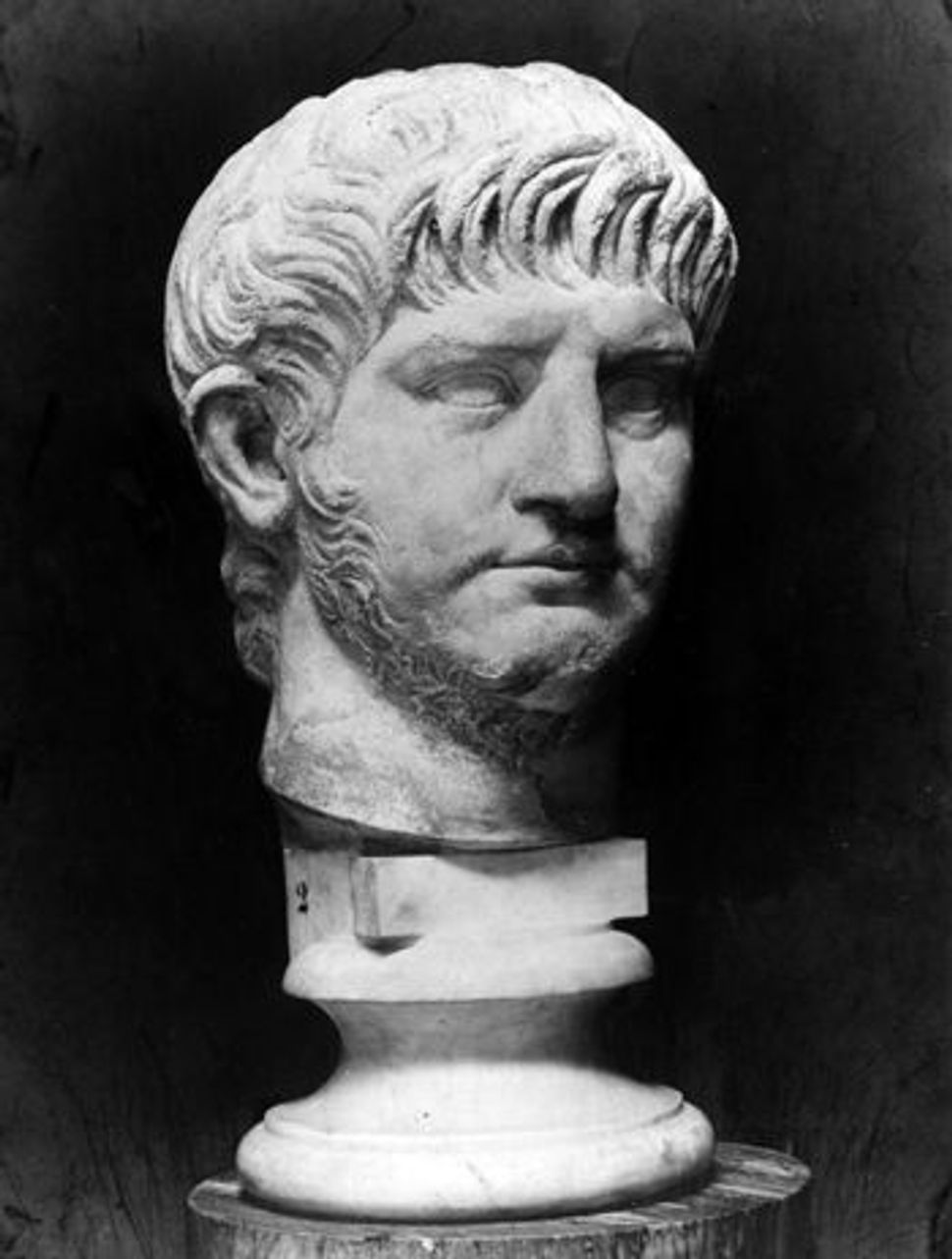 An Infamous Conversion: According to the Talmud, Roman Emporer Nero fled Rome and converted to Judaism. Image by Getty Images

Can someone be too evil to convert?

That’s one question raised by the reported conversion to Judaism of former Liberian dictator Charles Taylor, who is currently awaiting trial on charges of war crimes and crimes against humanity in The Hague. Taylor’s wife, Victoria, told the BBC that the accused war criminal is “now a Jew. He’s practicing Judaism.” 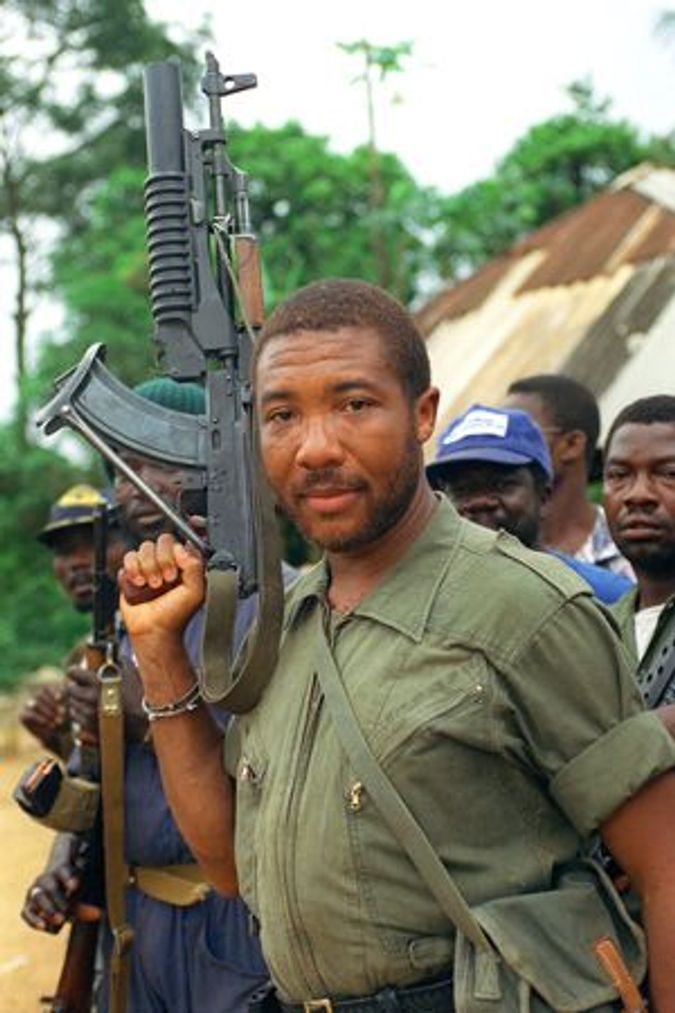 What Conversion? Former Liberian dictator Charles Taylor, shown here as a rebel leader headed toward the capital of Monrovia in 1990, has embraced Judaism, according to his wife, Victoria.

The authenticity of Taylor’s conversion is doubtful, to say the least. There is no evidence that he has been studying with a rabbi or that his conversion is anything but self-proclaimed. Victoria Taylor also told the BBC interviewer that her husband still believes in Christ’s divinity, so the former warlord seems to be as unclear on the basic tenets of Judaism as he is on the principles of international human rights.

But what if Taylor sincerely wanted to become Jewish? What if the former dictator — accused of creating an army of child soldiers who went on murderous rampages — actually, genuinely wanted to convert? Would any rabbi take him on as a student? Should they?

The answer: Yes, no or maybe, depending on whom you ask. Questions of good and evil aren’t always as black and white as they seem, and opinions varied widely among religious leaders contacted by the Forward.

“My first reaction is, we have enough natural-born Jewish bums, we don’t have to import one from the outside,” said Rabbi Mitchell Wohlberg of Beth Tfiloh Congregation in Baltimore, the largest Modern Orthodox synagogue in America. It’s true that religion can change people for the better, Wohlberg said, but he added, “The Jewish community is not a recovery house.”

Repentance and forgiveness are important concepts in Judaism, but occasionally a person commits acts so heinous as to disqualify him or her forever from conversion, said Rabbi Robert Levine of Congregation Rodeph Sholom, one of the largest Reform synagogues in New York City.

“You would not permit a Hitler or a Haman or a Charles Taylor to say, ‘Hey, I want to change my ways [and convert],’ when they’ve shown themselves to be a monster,” Levine said. “Judaism is an interlocking system of rituals? and ethics.… There is a small group of people whose total lack of ethics and morality would dismiss them at the outset.”

But not everyone would close the synagogue doors to Taylor.

“The whole idea of conversion is that one is changing radically,” said Rabbi Avi Shafran, director of public affairs for Agudath Israel of America, an ultra-Orthodox umbrella organization. “An intelligent beit din would have to see some evidence of him wanting to change his ways, but crime in and of itself is not a bar to conversion.”

One person who knows firsthand about the spiritual transformation of people with evil pasts is Rabbi Michael Weisser. When he was working in Lincoln, Neb., a white supremacist named Larry Trapp began threatening and harassing him and his family. Trapp, state head of the Nebraska Ku Klux Klan, had a long history of terrorizing black, Asian and Jewish families in the area.

Weisser decided to confront Trapp. He called the KKK leader’s racist hot line and left messages, until one day, he finally got Trapp on the phone and managed to strike up a conversation. Eventually, Weisser and his wife met with Trapp and inspired him to renounce racism and antisemitism. Eventually, Trapp converted to Judaism at Weisser’s Reform synagogue, B’nai Jeshurun — the very synagogue that Trapp once had planned to bomb.

Anyone can change, and therefore, anyone can be a candidate for conversion, Weisser told the Forward — even someone as bad as Larry Trapp or Charles Taylor.

“There’s a spark of decency in everybody, no matter how bad they’ve been,” Weisser said. “The truth is, human nature is good, not bad.”

In Trapp’s case, Weisser said, the former KKK Grand Dragon truly repented for his many sins and expressed remorse, asked for forgiveness from those he’d wronged and tried to set things right. Trapp called and met with people he used to harass to apologize and beg their forgiveness, and he spoke publicly to high schools and other groups about how he had repudiated bigotry and hate.

When Trapp first mentioned converting to Judaism, Weisser said he was concerned that guilt was the motivation. But Trapp studied hard, reading about 50 serious books on Judaism, and showed a genuine desire to join the faith for positive reasons.

“If we believe what we say we believe [as Jews], how can you go against it?” Weisser asked. “I think when Larry died, he died a good Jew.”

For someone with an evil past, the process of teshuva, or atonement, should happen before conversion is considered, said Rabbi Morley Feinstein of University Synagogue, a Reform congregation in Los Angeles, who pointed to Trapp’s conversion as an example — but a very rare one.

“I’m happy to study with anyone, but that doesn’t mean I’m going to take that individual on as a candidate for Judaism,” Feinstein said. 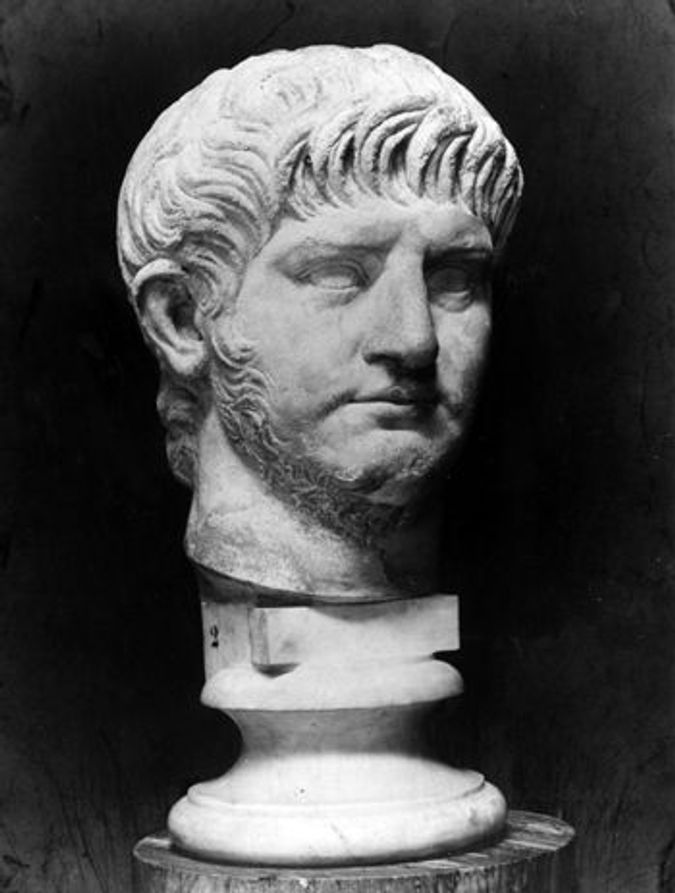 An Infamous Conversion: According to the Talmud, Roman Emporer Nero fled Rome and converted to Judaism. Image by Getty Images

Both sides of the debate can point to precedents in the Talmud. The Roman Emperor Nero, known for his tyranny and debauchery, may be the most infamous convert: While historical sources say he committed suicide after the Roman Senate ordered his execution, the Talmud holds that Nero fled Rome and converted to Judaism.

If Nero did it, Shafran asked, why couldn’t Taylor? “The implication [in the Talmud] was that it was a good and laudable thing,” Shafran said.

But Wohlberg remembered another story in the Talmud, one about King David — himself the descendant of one of Judaism’s most celebrated converts, Ruth — telling a group called the Gibeonites that the Jewish people were compassionate and modest and performed acts of loving kindness. “Only he who cultivates these three characteristics is fit to join this nation,” the Talmud says.

Too bad for Taylor, Wohlberg said: “I think he’s out on three swings.”

Of course, most rabbis don’t have to worry about an international war criminal or a KKK leader showing up for conversion class. But what about everyday criminals, sinners and just-plain-bad people who might want to join the tribe? There’s certainly no background check required for conversion to Judaism. While most rabbis will get a general sense of a candidate’s moral and ethical grounding during the yearlong conversion process, the basic question, “Are you a good person?” is unlikely to be asked.

The “Guidelines for Rabbis Working With Prospective Gerim,” created by the Central Conference of American Rabbis in 2001, is silent on evaluating the moral and ethical history of would-be Jews, said Rabbi Jeff Goldwasser of Congregation Beth Israel, a Reform synagogue in the northwest Massachusetts town of North Adams.

In his experience with converts, Goldwasser said, “I feel confident in saying that the candidates who make it all the way through the process are those with a strong understanding of Jewish beliefs and ideals and who wish to apply those standards to themselves.” Still, he said, it might be a good idea for future guidelines to include something explicit about considering the character of potential converts.

Even if that happens, rabbis still will have to consult their own consciences for guidance if a Charles Taylor type knocks on their doors, seeking to join Judaism.

“Agreeing to bring someone into the covenant is not just a matter of checking off boxes,” Levine said. “It’s a question of, is this person really ready to stand at Sinai?”

When Bad People Want To Be Jewish