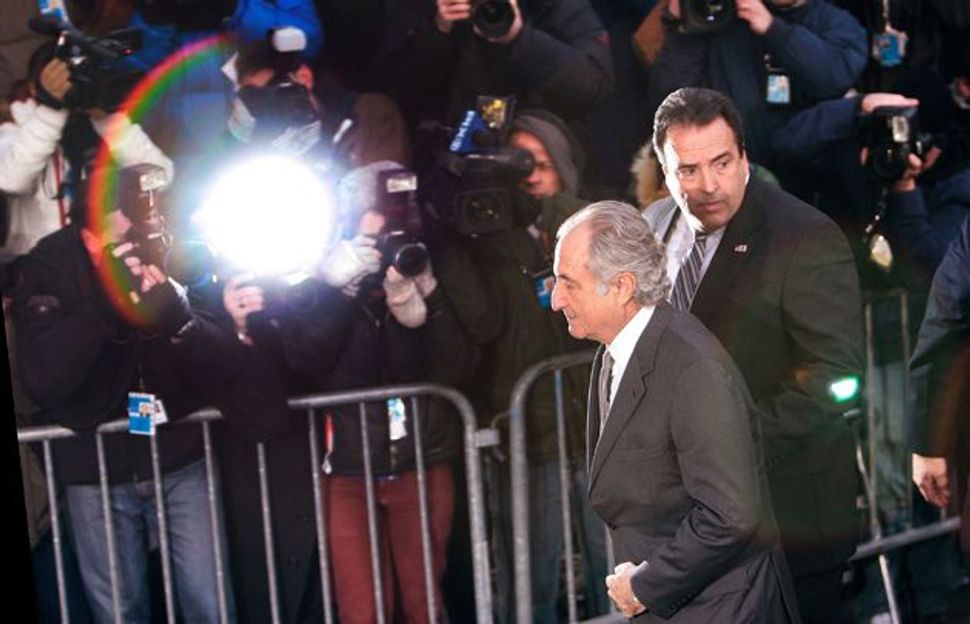 Veterans, widowers, parents, the elderly and the sick. They are hardworking people who believed in living within their means, saving for a rainy day and putting money aside for their grandchildren’s college tuition. From across the country, victims of Bernard Madoff’s $65 billion Ponzi scheme wrote in painful detail of their hardship and losses as they implored U.S. District Judge Denny Chin to give Madoff the maximum prison time allowed by law, 150 years, at his June 29 sentencing.

In their own voices, some of the victims wrote of losing their homes, having to go on food stamps or needing to go back to work, despite being in their late 60s, to make ends meet. Many of his victims said they were shocked by the news that they were broke. Then as the slow realization set in, they found themselves questioning their faith in humanity and coping with the emotional and physical pain that the financial upheaval has wrought.

Despite the pervasive assumption that those who invested with Madoff were celebrities, the wealthy and well connected, the messages released by the court illustrate that many of Madoff’s clients had been ordinary Americans. They had trusted him or their financial advisers with their life savings, and they asked why the Securities and Exchange Commission had not saved them from the massive fraud.

Madoff surrendered to authorities last December and pleaded guilty in March to 11 criminal charges in connection with the scheme. What follows are excerpts from some of the 113 statements written by Madoff’s victims. –Alison Cies

Our parents didn’t, and don’t, deserve to lose everything they saved for over the decades, and they don’t deserve to have to say goodbye to their safe, unflashy home. They never harmed anybody.… Bernard Madoff lied to, and thus stole from, my parents ON A WEEKLY BASIS, with every weekly packet of confirmation slips that he sent out. That means that he lied to them, and stole from them, 52 separate times in a single year. And, because they invested with him approximately two decades ago, that means that Bernard Madoff lied to them, and stole from them, 1,040 separate times. He deserves to stay in prison for at least that many years.

I am an 80-year-old man in poor health whose remaining years have been totally devastated by Bernie Madoff. My wife and I have lost every dollar of our life savings in Madoff’s fraud scheme with no hope of recovery. We have had to sell every asset that we own in order to survive, and we don’t know how long the proceeds will last. I cannot begin to describe to you the toll that Madoff’s actions have taken on us financially, physically and emotionally…. Mr. Madoff is a ruthless and unscrupulous man with no conscience or remorse.

I have personally been in contact with several victims, most of whom have lost their entire life savings. None of these people had millions of dollars invested. They were, for the most part, humble, hardworking individuals who invested prudently and diligently to provide for their retirement. I am one of those people…. I had never heard of Bernard Madoff prior to his highly publicized arrest on December 11, 2008. And I realized only after receiving Michael Sullivan’s letter on December 20 that my entire life savings had probably been lost. I am 52 years old and once had hopes of retiring with modest means. That possibility has disappeared…. Due to his egregious deeds, Mr. Madoff deserves no better than to live under a bridge in a cardboard box, scavenging for his food and clothing, living the existence which he has undoubtedly relegated some unfortunate victims to.

I recently read a report that Mr. Madoff has hired a jailhouse consultant who is supposed to teach him how to put his best face forward during the sentencing phase. Please be aware that he (or his wife) is using our money, that belonging to the victims, to pay that consultant. This is just one more slap in the face and once again demonstrates total disdain for the victims of his massive fraud.

We have a 16-year-old daughter. We took her to New York three years ago to meet Bernie Madoff. He had the gall to shake her hand as we thanked him for taking such good care of our money — her college money — and all of our extended family’s money. He robbed us not only of our money, but of our faith in humanity, and in the systems in place that were supposed to protect us. Please remember his victims. Sentence this monster Madoff to the most severe punishment within your abilities. Madoff is a serial criminal.

We trusted the SEC to protect us, and they failed us. At this point, we really feel like we cannot trust anyone…. I am hoping that the judicial system does not fail us, as well.

Twenty-one years ago my husband invested our life savings with Bernard Madoff. He died from a heart attack two weeks later. Shortly after I buried my husband, I met with Bernard Madoff. He appeared to be a genuine, kind man. He put his arm around my shoulder and assured me that my money was safe and I should not worry. I have to admit that I was not sophisticated in investing or finance and I trusted this kindly man…. Look at the faces of the people in the courtroom; they are a small representation of the thousands that he has destroyed. Please keep all of us in your mind when you decide the fate of this heartless human being.

I am opening up my family’s financial status to anyone who wants to see it, which is incredibly humbling and humiliating after years of hard work and major philanthropy. My family’s name can be seen on buildings for the Albert Einstein College of Medicine, the Hebrew Home for the Aged and the Hebrew University in Jerusalem…. Mr. Madoff seems to have done all he could to protect his family, while now I have lost almost everything I have to protect mine…. I had to pretend to smile when my 10-year-old daughter was around, and try not to reveal the fear that I was living with…. What gave him the right to do this to us?! He knows everything. He knows where the money is and who else is involved and is not talking, thus he shows no remorse for what he has done. For this alone, he deserves the maximum sentence. Combine that with how much suffering he has caused his investors, and it’s a slam dunk.

Bernard Madoff did not come forward because he felt regret for his actions. He came forward because he knew he could not continue his fraud. He came forward in his own calculating way to keep the damage at a minimum for himself and his family. While he was sitting in his penthouse apartment, waiting for a hearing with his upscale lawyer and his legal team to minimize the prison time, my husband and I had to put our house up for sale, scramble to pay our bills and try not to go bankrupt…. We cannot afford a lawyer to help us.

Not wealthy, I am not the typical media portrayal of a Bernard Madoff victim. I live in a modest two-bedroom house, and I own one car. I was a small business owner and I worked six days a week for most of my life and funded my own IRA in order to retire comfortably. Now I am considered under the poverty level, and I do not think I can last another six months in my home…. The impact of this crime is far-reaching, and Bernard Madoff must be severely punished for a crime of this magnitude. Please take into account that Mr. Madoff stole not only money, but lives, dreams, futures and security.

Mr. Madoff has not cooperated with any law enforcement entities to unravel his decades-old crimes. He has not cooperated in identifying other accomplices, and essentially he took the easy way out by pleading guilty, thus avoiding any cross-examination and the thorough investigation of the facts which a trial would have necessitated…. I feel I have been economically raped. Mr. Madoff has not only stolen my money; he has stolen my lifestyle and my family’s lifestyle. I recognize I will never be able to earn what Madoff stole from me, my wife and our children, and we, as a result, are sentenced to living a life devoid of our life savings and the security and comfort that provided to us…. While the popular perception has been that the victims were primarily very wealthy Jews, the reality is that most of the victims were your neighbor next door, hardworking, middle-class, tax-paying citizens. Madoff didn’t discriminate, as long as the money was green; he took it for his own benefit.

I am 76 years old. I have served my country in the Korean War and have been a good tax-paying citizen. I was recommended to Madoff in 1997. I had two other investment counselors, but Madoff outperformed them every year (or so I thought), and I moved all of my money (it was in an IRA) to Madoff. I am now destitute. We had to sell our home in upstate New York at a very reduced price to avoid foreclosure. We are now living in one room in my daughter’s house in California. I cannot pay my long-term health insurance. I had to give up my car, and we are applying for food stamps. Our lives are a nightmare.

My husband is 92 and I am 87 years of age, and the distress and misery and anguish his vile acts have caused deserve a severe sentence. If I could, I would charge him with heartbreak, sadness and tears.

My family (which includes my mother, brother and me) has lost our life savings with Mr. Madoff. I was widowed at the age of 39 and left with two children to raise. I took my husband’s life insurance money and invested with Madoff Investment Securities. Now, I find that the investments I thought I owned and would carry me through my retirement years were nonexistent. I am 61 years old and not yet collecting Social Security, so I am presently trying to find employment.

I am a widow of 81 years old. My husband and I invested our money for 20 years so we would have a worry-free retirement…. My husband passed away on April 8 after a long battle with cancer. In December, I found out that Madoff stole all of my money — I am broke — robbed by “The Madoff Gang.” Now I find that I was also robbed by my government. My husband and I paid taxes for years, and it is unlikely that I will ever get that back. Not only did Madoff steal money, but he caused the government to steal also…. Madoff victims have been portrayed in the media as wealthy and privileged individuals. Nothing could be further from the truth. Many Madoff victims are elderly individuals or retirees who were saving for the future and had the misfortune to believe in a powerful Wall Street insider who was repeatedly investigated and given a clean bill of health by a government watchdog agency named the SEC.