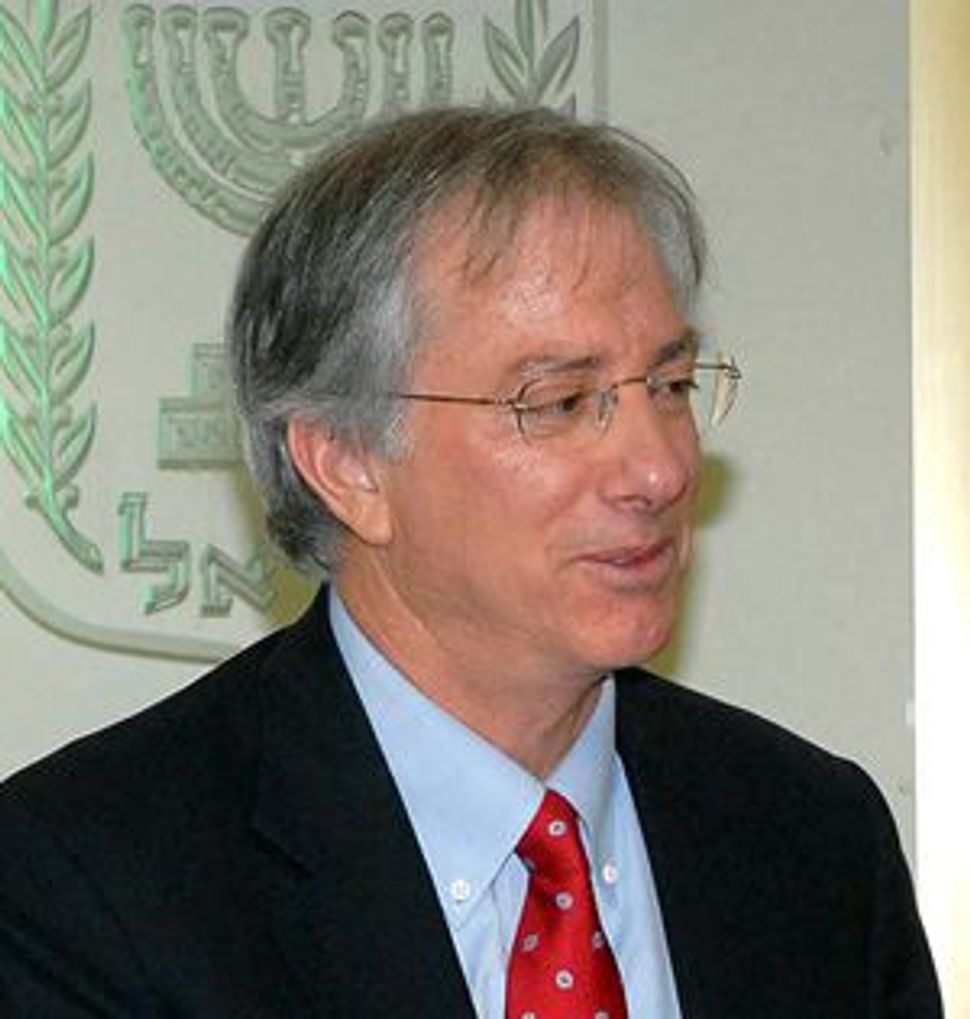 Bigger Duties: Dennis Ross?s new National Security Council post will give him a say over a much broader area. Image by Getty Images

The promotion of Middle East adviser Dennis Ross to a senior White House position may open the door to a more positive tone by the United States toward the Israeli government, experts believe.

Ross, a veteran peace negotiator known for his strong ties with Israel and his past work with a Jewish think tank, will be special assistant to the president and senior director of the Central Region at the National Security Council. The post will include responsibility for Iran, Iraq, Afghanistan and Pakistan, as well as the Middle East. The announcement of Ross’s appointment came June 25 after a week of speculation in Washington.

In his previous post as a senior aide to Secretary of State Hillary Rodham Clinton, Ross’s responsibilities were limited to the Southwest Asia region with a focus on Iran. His new NSC post gives him a say over a much broader area. Ross also will oversee Iraq policy in the run-up to United States troop withdrawal. In addition, he will advise on the Pakistan-Afghanistan region.

The Obama administration and Prime Minister Benjamin Netanyahu’s government in Jerusalem are looking for ways to reach an understanding on Israel’s expansion of Jewish settlements on the West Bank after weeks of locking horns over the issue. The administration in Washington has called for a full freeze on settlements, a demand Israel has so far rejected.

“It’s clear that if Obama wants to advance something on Iran, and on the Israeli-Palestinian front, he will need to reach a modus vivendi with Israel, and that will require someone who knows the Israelis well,” said Aaron David Miller, a former peace negotiator who has written extensively on attempts by the United States to promote Middle East peace. Miller called Ross’s appointment “smart policy and smart politics,” and noted it would “put someone who understands Israel in a position close to the president.” 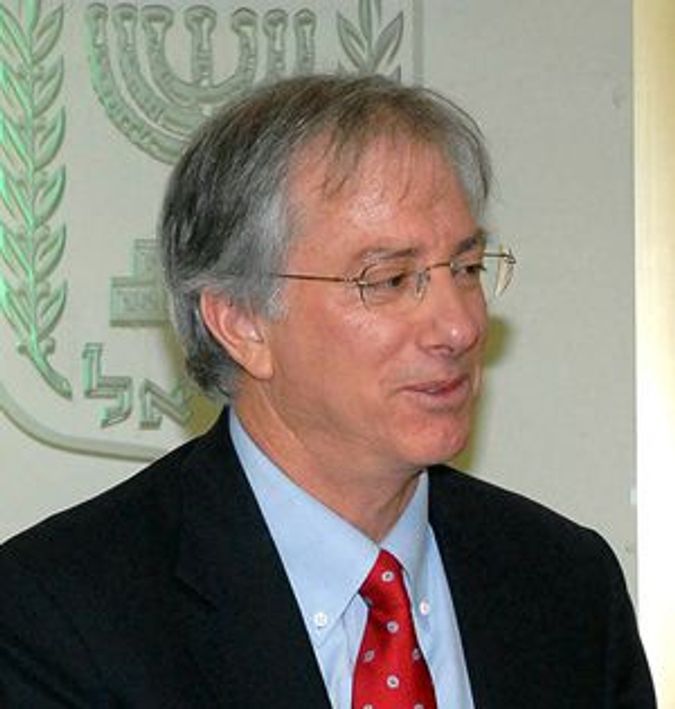 Bigger Duties: Dennis Ross?s new National Security Council post will give him a say over a much broader area. Image by Getty Images

Ross does not support expanding settlements or allowing Israel to build freely within settlement blocks in the West Bank. In his previous positions as chief peace negotiator under Presidents Bill Clinton and George H.W. Bush, Ross spoke with Israelis about the need to freeze settlement activity in order to avoid prejudging the final borders of the two states and to demonstrate good will.

But Ross may be more in tune with those calling on the Obama administration to ease pressure on Israel. In a June 29 opinion article in The Washington Post headlined “End the Spat With Israel,” columnist Jackson Diehl called the administration’s insistence on a full settlement freeze “a loser” and argued that the United States should seize the opportunity created by the upheaval in Iran to “creep away from the corner into which it has painted itself in the Arab-Israeli peace process.”

Some members of Congress hold similar stances. Many Jewish leaders also believe that Netanyahu’s June 14 speech, in which he accepted a two-state solution to Israel’s conflict with the Palestinians as his ultimate “vision,” should be welcomed by the administration as an Israeli attempt to end the crisis.

But others, such as M.J. Rosenberg, director of policy analysis for the dovish Israel Policy Forum, say the pressure from the United States may, in fact, be working.

Signs of Israeli willingness to compromise on settlements became apparent after the June 30 meeting in New York between Israel’s defense minister, Ehud Barak, and the administration’s special envoy to the Middle East, George Mitchell. At the meeting, Barak spoke, for the first time, of Israel’s readiness to temporarily halt building in settlements on the condition that Arab countries become more involved in the peace process. Mitchell gave no indication of American reaction to the Israeli proposal in the meeting’s immediate aftermath. But after four hours of discussion, Mitchell agreed to continue talks with Netanyahu when he visits the Middle East.

Israeli officials who recently met with Ross focused their conversations with him on issues relating to Iran’s nuclear program because of Ross’s portfolio in his previous position as special adviser to Clinton. But an Israeli official who had negotiated with Ross on the Palestinian-Israeli peace process said he believed that Ross saw the settlement issue as “part of a package” and was always open to “practical solutions.”

Ross has refrained thus far from communicating with the organized Jewish community as a whole. While Mitchell has been speaking routinely with Jewish groups, Ross was taking a more behind-the-scenes role. Still, he is a well-known figure in the Jewish community and is widely appreciated for his pragmatic approach to peacemaking.

“The most commendable thing about Dennis Ross is that, unlike some other alumni of the Clinton era, Ross is not locked into outdated views which are a function of ideology. He consistently allows reality to affect and shape his analysis,” said Nathan Diament, director of the Institute for Public Affairs of the Orthodox Union, a group that is ideologically close to the settler movement.

Analysts and commentators speculated that Ross’s broader responsibilities in his new White House post reflect in part Obama’s dissatisfaction with National Security Adviser James Jones, and Obama’s wish to have a designated senior adviser who will be in charge of long-term planning and of the strategic view of the region.

According to press reports, Ross was eager to leave the State Department since he could not find his place between the existing bureaucracy and teams of special envoys engaged in on-the-ground negotiations.

In entering an already staffed NSC, Ross is bound to step on some toes not only of Jones, but also of current directors, including Douglas Lute, who was in charge of Iraq policy and will now focus on Afghanistan; Daniel Shapiro, senior director for Near East and North Africa, who was in charge of Obama’s outreach to the Jewish community during the presidential campaign, and Mitchell.

“I don’t think that anybody should, though, believe that this will conflict or supersede the important work that special envoys are doing on the ground in many of these places,” White House spokesman Robert Gibbs told reporters following the appointment.

Based on their previous work and statements, Ross and Mitchell represent different approaches to the conflict: Mitchell has a strong belief that an agreement is possible, based on his successful experience in Northern Ireland, while Ross brings a more skeptical approach based on three decades of fruitless negotiations in the Middle East.