A ‘Jewish Missionary’ Takes On Hunger 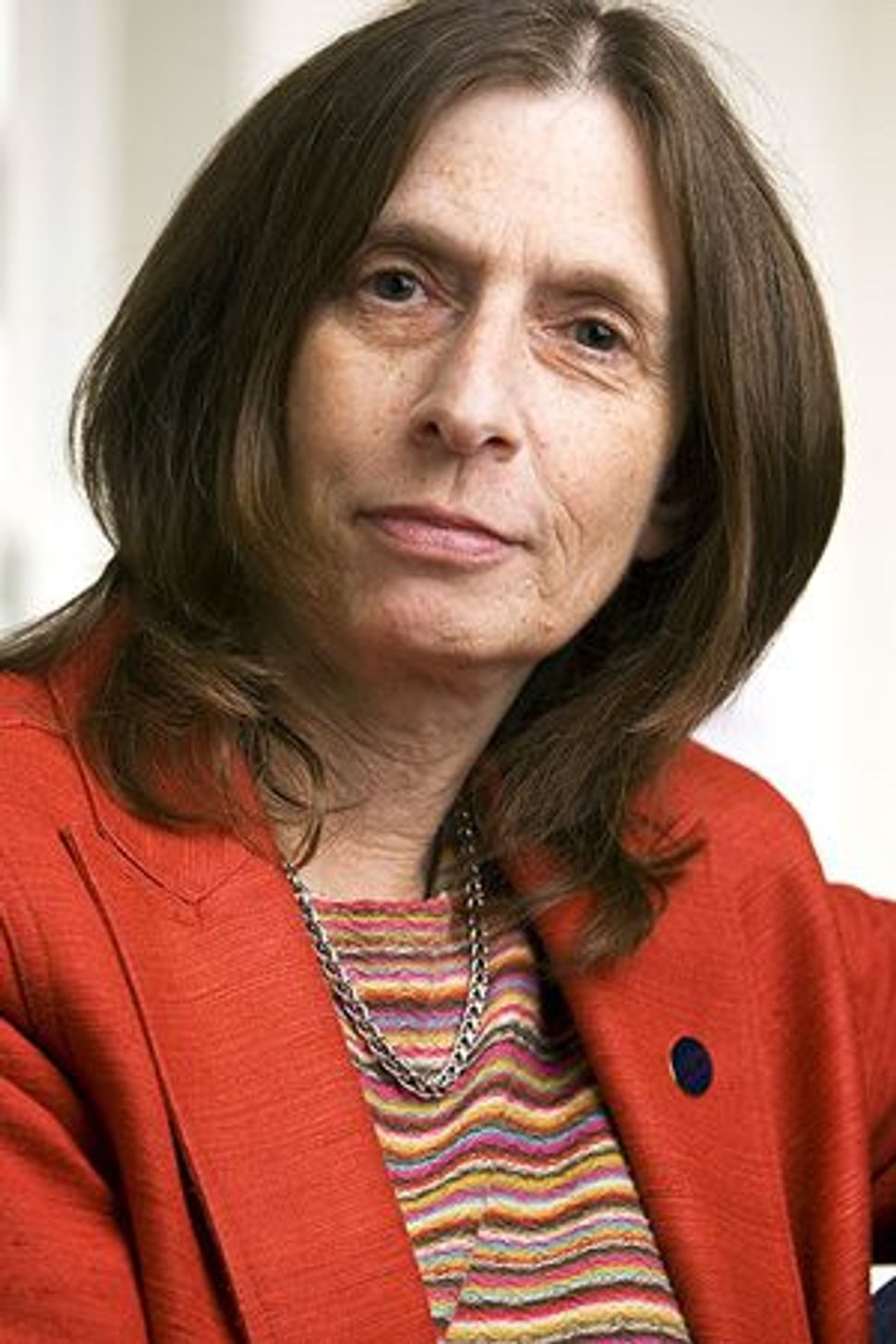 Feeding America: Enid Borden learned early to raise money for a good cause. Image by MEALS ON WHEELS ASSOCIATION OF AMERICA

It’s easy to get Enid Borden on a roll. Just mention hunger.

“When you think we live in the richest nation on the earth and people are hungry, and these people are seniors, the people who raised and nurtured us — we’ve got to take care of them,” said Borden, the president and CEO of Meals on Wheels Association of America, her voice swelling with passion.

“I’m a Jewish missionary,” she declared. Then she paused for a breath. “I don’t get invited much to parties anymore.” 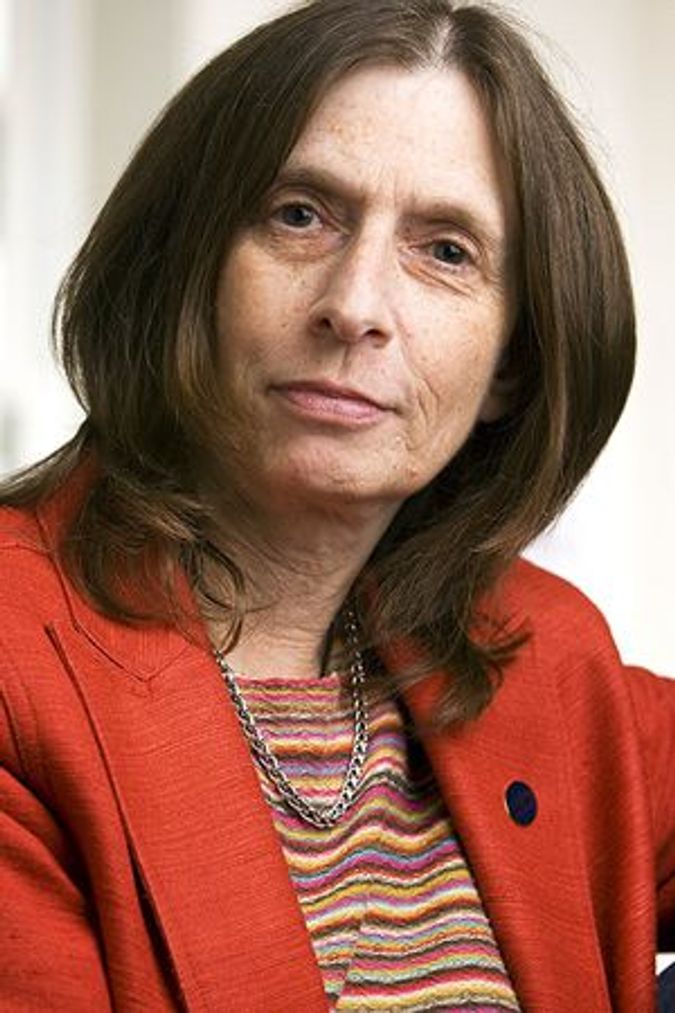 Feeding America: Enid Borden learned early to raise money for a good cause. Image by MEALS ON WHEELS ASSOCIATION OF AMERICA

That’s a price Borden, 59, is willing to pay to try to achieve her goal: ending hunger in America by 2020. Give her a minute, and she’ll explain to you that this goal is achievable, that hunger is killing people just like cancer is, except that for this disease, we actually have a cure. And once that minute is up, she’ll probably hit you up for a donation.

A self-confessed workaholic, Borden is a Blackberry addict who e-mails ideas to her staff at 3 a.m. She’s afraid of air travel, but flies around the country, speaking to organizations about hunger. “I’ll go to the opening of an envelope,” she quipped. She can’t remember the last time she took a vacation. She doesn’t sleep much.

“I’ll have a lot of time to sleep later,” she said in a phone interview from her office in Alexandria, Va.

For the past 17 years, Borden has led Meals on Wheels of America, the oldest and largest meal-services program for the hungry in the country. Across the nation, every day, Meals on Wheels volunteers deliver food to needy seniors who otherwise might not eat. Her role is an unexpected coda to a long and varied career that included stints as a musician, a magazine editor and publisher, a TV producer, a professor of public speaking and deputy commissioner of the Social Security Administration during Reagan’s presidency.

Whatever job she held, Borden always felt the need to contribute to society. It’s a value instilled by her parents — her father, Jack, a salesman in the Williamsburg section of Brooklyn, and her mother, Eleanor, a stalwart community volunteer. Borden’s mother was forever volunteering for their synagogue’s Sisterhood, and Borden got an early education from her on the art of fundraising.

“You couldn’t live in my house and not do that,” she said. “My mom raised a lot of money, and I learned early in my life that you’ve got to have a lot of money to do anything.”

Perhaps that’s why Borden writes personal thank you letters to everyone who donates to Meals on Wheels. She recently wrote to someone who sent 29 cents, even though mailing the letter cost more than the donation. Borden said the principle is what matters.

“You have to thank people,” she said. “If that’s all you can give, then bless you.”

An encounter with her father on his deathbed inspired her to start a special fund for kosher meals. In 1997, her father’s health was fading. So Borden went to visit him and knowing it might be their last conversation, asked him what she should do.

“Just make me proud,” he replied. Tearfully, Borden nodded, and her father added, “Never forget, the Jews need Meals on Wheels, too — but it needs to be our food.”

He died soon after, and Borden started the Jack Borden Memorial Fund, which gives grants to local Meals on Wheels programs that want to start or bolster kosher meal programs. (She changed the name to the Jack and Eleanor Borden Memorial Fund after her mother died in 2002.)

Borden personally raises money for the fund from friends, colleagues, relatives and the occasional outside donor who wants to support kosher meals. So far, grants have been awarded to more than two dozen local programs in such cities such as Rochester, N..Y; Milwaukee; Columbus, Ohio; Baltimore; Md.; Kissimmee, Fla., and Bethlehem, Pa. The grants help defray the cost of kosher meals, which are more expensive than regular meals, so that local Meals on Wheels programs can afford to serve observant Jews along with their other clients.

Borden’s intensity doesn’t leave a lot of room for outside pursuits. She does like to play the piano, and goes to the movies to unwind. She’s not married and not dating anyone at the moment, though, she said, that could change. “I’m always looking for a nice Jewish guy,” she said with a laugh.

Her consuming passion for her mission may not be great for her love life, but it has impressed other not-for-profit leaders. Andy Carter, president and CEO of the Visiting Nurse Associations of America, sought out Borden for advice when he moved to Washington two years ago to lead the VNAA.

“I sent her an e-mail out of the blue, and she sent this very warm e-mail back,” Carter said. “I was smitten from the very moment I met her, by her true, unbridled passion for the organization.”

Borden served as mentor and coach to Carter, and she now sits on the VNAA board of directors.

“What distinguishes Enid is a firm understanding of the need to have a clear-eyed focus,” Carter said.

In board meetings, Carter said, once Borden has all the information about a specific issue — whether budget cuts or competition from private nursing firms — she’s usually the one who will step back, look at the big picture and ask questions that prompt everyone to think about the not-for-profit’s core mission and long-term goals.

“She plays a role as a conscience of the organization,” Carter said. “It’s good for everyone to be around Enid.”

Budget cuts are a frequent topic for discussion, not just at the VNAA but also at Meals on Wheels and every other charitable organization these days. In her 17 years at Meals on Wheels, Borden said, she’s never seen such a dire combination of increased need for services and decreasing donations.

Even before the recession hit, Meals on Wheels was already struggling: Gas prices and food prices rose sharply several years ago — hurting both the “meals” and the “wheels” sides of Borden’s organization.

“What do you do when the crisis grows, the need grows and the funding shrinks?” Borden asked. It’s a rhetorical question. Her answer: Work harder, make more calls, send more 3 a.m. e-mails. What keeps her up at night is the knowledge — and it is certain in her mind — that when Meals on Wheels cuts back or closes a local chapter, as has happened several times in the past year, people suffer.

Her quest to cure hunger may take her back to her roots, to synagogues like the one where she spent so many hours volunteering with her mother. She thinks that Jewish communities may not understand that seniors are going hungry in their midst — which makes them a perfect audience for her next pitch.

“I haven’t gotten to the Jewish community yet. I would love to go to every synagogue in America,” Borden said. “I think that’s my calling. I’d like to say, hey, it’s our problem, too.”

A ‘Jewish Missionary’ Takes On Hunger