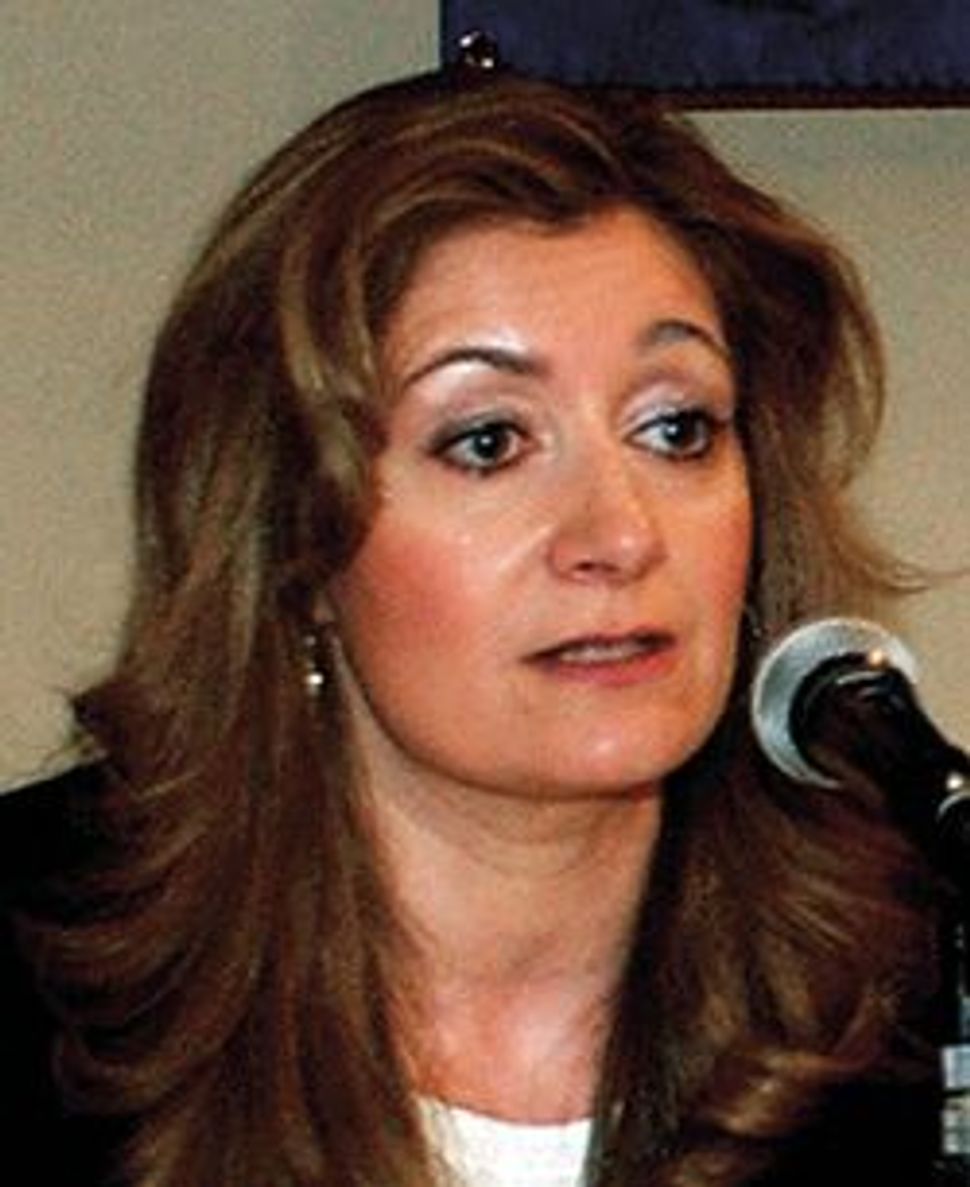 In a concerted campaign targeting the credibility of Human Rights Watch, Israel and some of its supporters are charging the group sought to raise funds from wealthy Saudis in part by highlighting its criticisms of Israel and the group’s resistance to pro-Israel forces in Washington. 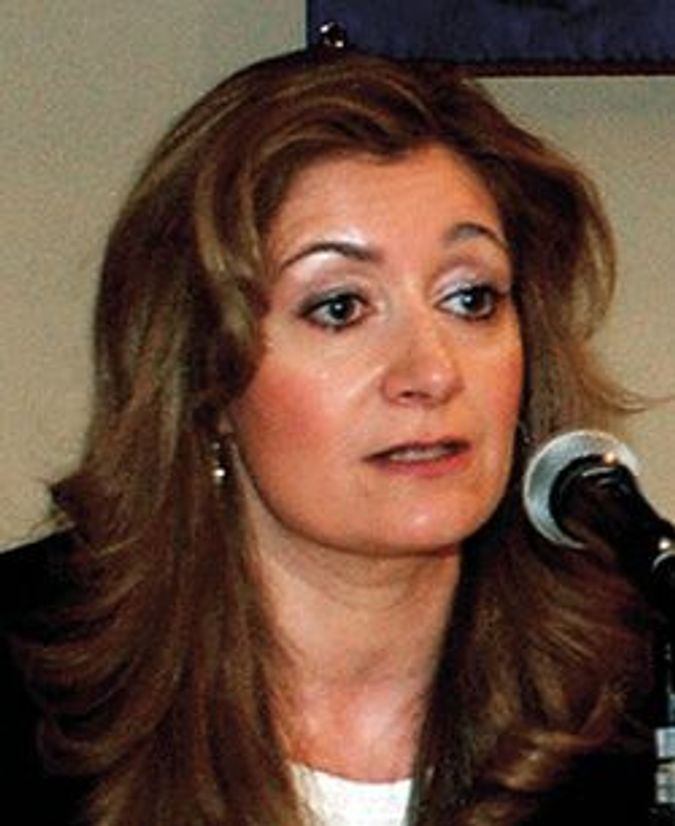 This funding appeal to an audience likely to be hostile to Israel belies the human rights group’s claims of objectivity and impartiality, say the group’s critics, who note the presence of two Saudi government officials at the May gathering. But HRW has defended the solicitation, citing its representatives’ discussion of human rights violations by Saudi Arabia in the same talk.

“The meeting in Saudi has been falsely construed as involving solicitation of funds to counter the Israel lobby,” HRW’s executive director, Kenneth Roth, told the Forward. “Nothing like that happened. Indeed, we would not and will not solicit funds on those terms.”

The clash is but the latest chapter in an ongoing conflict between pro-Israel groups and HRW, one that has only intensified since Israel’s military campaign last winter in Gaza and HRW’s subsequent charge that both Israel and its opponent, Hamas, committed war crimes then. But in the process, questions have been raised about HRW’s practice of offering donors the opportunity to earmark their contributions to projects involving specific countries.

The HRW visit to the Saudi kingdom was first criticized by NGO Monitor, a Jerusalem-based organization and frequent critic of HRW. The group cited a May 26 report in Arab News, a Saudi English-language wire service, that said Sarah Leah Whitson, director of HRW’s Middle East and North Africa division, and Hassan Elmasry, a member of HRW’s board of directors, attended a “welcoming dinner” in Riyadh, hosted by Emad bin Jameel Al-Hejailan, “a prominent businessman and intellectual.”

During the event, according to Arab News, the HRW officials discussed human rights violations in the Saudi kingdom, presented a documentary and discussed the organization’s report on Israeli violations during the Gaza military operatoin.

Whitson was quoted in the report as saying: “Human Rights Watch provided the international community with evidence of Israel using white phosphorus and launching systematic destructive attacks on civilian targets. Pro-Israel pressure groups in the U.S., the European Union and the United Nations have strongly resisted the report and tried to discredit it.”

She added that the group had managed to testify about Israeli abuses to the U.S. Congress on three occasions, Arab News reported.

The publication stated that Elmasry told the audience of “prominent members of Saudi society, human rights activists and dignitaries” that the group is facing a shortage of funds because of the global financial crisis and because of the work on Israel and Gaza, which depleted HRW’s budget for the region. “We call businessmen in Saudi Arabia and the Arab world to support HRW by sending donations,” he was quoted as saying.

While no one has challenged the veracity of the Arab News account, its interpretation has been the subject of a heated dispute.

David Bernstein, a George Mason University law professor, picked up the NGO Monitor item in mid-June, on the right-wing blog The Volokh Conspiracy.” He accused HRW staff of going to Saudi Arabia “to raise money from wealthy Saudis by highlighting HRW’s demonization of Israel.”

But the critique gained traction only once Bernstein’s posting was taken up on the openly conservative online editorial pages of The Wall Street Journal on July 14 and sent around to reporters by Josh Block, chief spokesman for the American Israel Public Affairs Committee, the pro-Israel Washington lobby. Block described it to journalists as evidence of HRW’s anti-Israel bias.

Israeli officials quickly seized on the controversy. “We are going to dedicate time and manpower to combating these groups; we are not going to be sitting ducks in a pond for the human rights groups to shoot at us with impunity,” Ron Dermer, director of policy planning in the Prime Minister’s Office, was quoted as telling The Jerusalem Post. “When I see a human rights organization try to raise money in Saudi Arabia, it speaks to the collapse of the human rights community.”

Natan Sharansky, the former Soviet refusenik, lamented to the Post that HRW, which was created under the name Helsinki Watch in the late 1970s to defend Soviet political prisoners like him, has become “a tool in the hands of dictatorial regimes to fight against democracies.”

On July 17, HRW fired off a press release rejecting the accusations. In it, HRW explained that as part of its efforts to diversify its financial basis, “Human Rights Watch staffers made presentations on our work to two private audiences in Saudi Arabia in May 2009 (as well as to audiences in Amman and Beirut). These were receptions in private homes, hosted by people who were interested in Human Rights Watch and who invited other guests to learn more about us.”

Reporter Jeffrey Goldberg, a staunch albeit sometimes critical supporter of Israel, took up the issue on his Atlantic Monthly blog, eliciting additional details from Roth.

Roth, who was not on the trip, told Goldberg that among the dinner guests were a member of the Saudi government’s official human rights commission and one from the Shura Council, which enforces religious law in the kingdom. “Neither of these individuals was solicited for funds, nor would Human Rights Watch ever accept funds from such officials,” HRW said in its July 17 press release.

The organization’s policy is to systematically refuse government funding and seek backing from individuals and foundations only. But Gerald Steinberg, NGO Monitor’s executive director, counters that such a distinction is not a valid one in Saudi Arabia, where money and power are closely intertwined. “The idea that the funds were expected to come from ‘ordinary’ wealthy Saudi human rights activists unconnected with the regime is absurd, even by HRW’s standards,” he said. The latest controversy, he added, represents “a major crisis for HRW.”

Roth says he has heard this before.

“Our reporting on the [2006] Lebanon War prompted a wave of unfounded criticism by some of the same voices objecting to the Saudi visit,” he told the Forward. He stressed that the flaps had “no discernible impact among our donors and supporters. Fortunately, there are many, many supporters of Israel who believe in the fair and objective application of human rights principles — including to Israel.”

Steinberg claims that some Jewish donors sought to push HRW to focus less on Israel by earmarking funds for study of human rights abuses in other countries, including Saudi Arabia. HRW, which has a $40 million annual budget, says it does accept such earmarked funding, on the condition that donors have no role in the work or influence on its results. But Roth said no such targeted funding was in place for work on Saudi Arabia and that, conversely, no Saudi money was earmarked for work on Israel or Palestinian areas.

Over the years, pro-Israel critics have accused HRW of focusing disproportionately on Israel. But a recent review by the news agency Inter Press Service found that of more than 30 releases in June and July (so far) about the region, Israel was criticized three times, Saudi Arabia five times and Iran nine times.

Goldberg, for his part, was most troubled by the Israel lobby discussion. When he asked Roth whether HRW officials at the dinner advertised the organization’s opposition to the pro-Israel lobby, Roth responded: “That’s certainly part of the story. We report on Israel. Its supporters fight back with lies and deception. It wasn’t a pitch against the Israel lobby per se. Our standard spiel is to describe our work in the region. Telling the Israel story — part of that pitch — is in part telling about the lies and obfuscation that are inevitably thrown our way.”

Roth told the Forward that the discussions over pro-Israel pressure groups should be viewed in a broader context. Some 75% of HRW’s money comes from the United States, the group has noted, which is viewed in the Middle East as a bastion of pro-Israel influence. HRW also has many Jewish donors. “Since many people in the Middle East believe that HRW is too soft on Israel because of our donor base, we often cite the vehement attacks on us by reflexive Israel supporters to show the reality, which is that we criticize Israel, the Palestinian Authority, Hamas, Arab governments — anyone — when we find evidence of human rights violations,” he said.