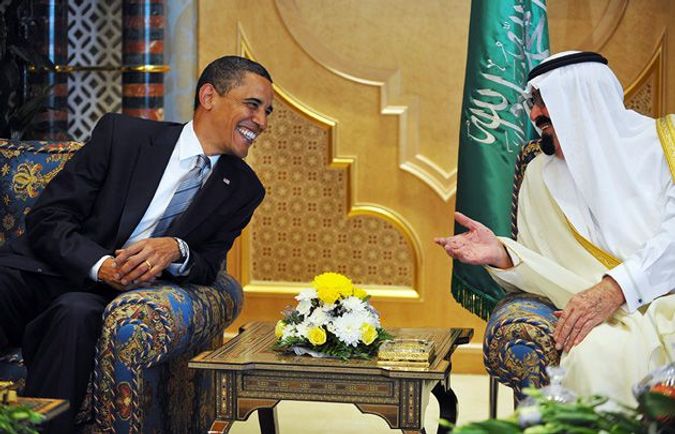 Not All Smiles: President Obama and Saudi King Abdullah bin Abdul Aziz al-Saud shared a laugh at the start of Obama?s visit to Saudi Arabia on June 3. But the administration says it is frustrated by the Saudis? inflexibility toward Israel. Image by GETTY IMAGES

Freezing the expansion of Jewish settlements in the occupied West Bank was once seen as a unilateral Israeli obligation. But the Obama administration is now treating this as part of a package that will require concessions from Arab states, as well.

An intensified and more public focus on this principle appears to be one of the byproducts of President Obama’s June 13 pledge to American Jewish communal representatives to address perceptions that he is pressuring only Israel. So far, the Arabs are resistant. 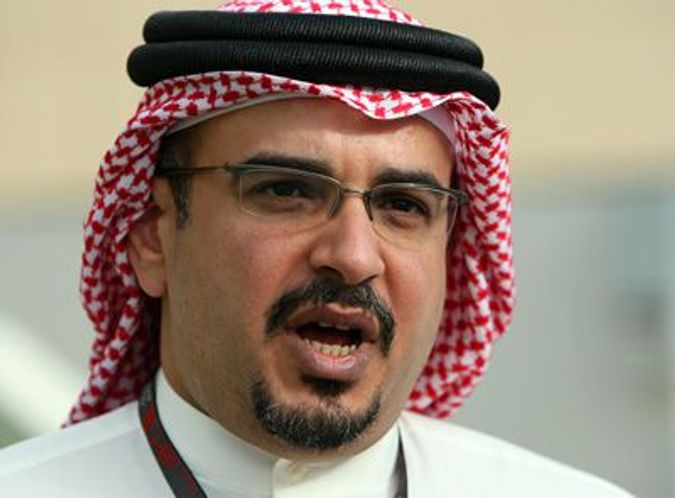 Still, in the wake of Obama’s White House meeting with the Jewish delegation, Israeli, American and Arab leaders have, to varying degrees, shifted their rhetoric in ways that reflect acceptance of a new principle of reciprocity.

“The Americans now understand that if they get anything from us on the settlement issue, it will only be in the broader context of some kind of Arab return,” said an Israeli diplomat, one of many similar comments from Israeli officials recently. The official added that talks between American special envoy George Mitchell and Israeli Defense Minister Ehud Barak have focused on components of a two-sided deal that will include both a settlement freeze and reciprocal steps by Arab countries.

Secretary of State Hillary Rodham Clinton appeared to confirm this premise in a policy speech two days after Obama’s White House meeting with the Jewish representatives.

“Progress toward peace cannot be the responsibility of the United States — or Israel — alone,” Clinton told the Council on Foreign Relations. “Arab states have a responsibility to support the Palestinian Authority with words and deeds, to take steps to improve relations with Israel and to prepare their publics to embrace peace and accept Israel’s place in the region.”

A State Department official told the Forward that steps by the Arab parties were fundamental to Mitchell’s mission. “Special envoy Mitchell continues to engage in constructive conversations with all parties, including Israel, the Palestinians and the Arab states, on steps they could take to help create a climate in which to re-launch negotiations,” he said.

At least some Arab parties to the peace process also now appear to accept this. “The price we pay will depend on what kind of a deal we get on the settlement issue,” said an Arab diplomat in response to questions about Israel’s stand. “In return for a symbolic compromise on the settlements, some Arab states will be willing to pay with some symbolic gestures.”

But so far, the Obama administration appears stymied in its efforts to obtain a commitment to new concessions toward Israel by Arab states, even in the event of an Israeli commitment — nonexistent up to now, even conditionally — to a settlement freeze.

The administration has been frustrated in particular in its quest for flexibility from Saudi Arabia. According to experts and diplomats, tensions between Washington and Riyadh were increasing, even prior to Obama’s meeting with Jewish leaders, as a result of a June 3 meeting between Obama and King Abdullah in the Saudi capital. The meeting ended with a clear disagreement over the issue of Israel.

“Why should the king of Saudi Arabia, who is the leader of the Muslim world and the imam of his Muslim community, give something of this nature to the Israelis for free?” asked Jamal Khashoggi, editor in chief of the Saudi daily Al-Watan. “This is a new idea that was probably developed by Israel’s friends in Washington.”

Khashoggi said the Saudi monarch believes that his 2002 peace initiative, supported by the entire Arab League, already offered concessions and showed the kingdom’s wish for peace.

Israel never responded to the Saudi initiative. But in her speech to the Council on Foreign Relations, Clinton said that embracing the 2002 Arab peace plan is not enough, and that concrete initial steps are needed now.

The initiative, which Obama has cited as a helpful basis for discussion, commits the Arab world to an official peace agreement with Israel and “normal” relations with it if Israel withdraws from occupied territory to its pre-1967 borders, accepts the establishment of a Palestinian state and resolves the issue of Palestinian refugees in accordance with United Nations resolutions.

Those U.N. resolutions, however, appear to require the refugees’ return to homes in present-day Israel, constituting one of Israel’s principal objections to the proposal.

America’s request for signs of normalization with Israel is focusing now on symbolic steps. According to Arab and American diplomatic sources, Washington is now asking for the reopening of commercial interest offices of Oman, Qatar and Morocco in Israel and for permission for Israeli commercial airliners to fly over Gulf states, shortening by several hours flight routes from Israel to East Asia.

Public overtures, such as a handshake with Israeli leaders, or providing tourist visas to Israelis seeking to visit Arab countries, are not on the table now, said an Arab diplomat with close knowledge of the talks. The diplomat stressed that such public gestures are viewed as being at the top of the scale of normalization and therefore will be kept for the final phase of the peace process. “The Arab consensus is that normalization is the last card they have to play,” the diplomat said.

Prior to the emerging emphasis on reciprocity, Israel’s obligation to freeze the expansion of Jewish settlements in the West Bank was understood to be an independent requirement of the so-called road map for Middle East peace. The 2002 road map, forged by the Bush administration with international partners, required Israel to “immediately” dismantle settlement outposts that even Israel classifies as unauthorized, and to freeze all settlement activity, including natural growth.

The road map also requires the Palestinians to take concrete steps to halt terrorism and violence. But this, too, appears as an independent obligation, untied to any action by Israel.

The most significant sign thus far of Arab willingness to adopt America’s call for normalization has come from the small Gulf kingdom of Bahrain. In a July 16 op-ed published in The Washington Post, Shaikh Salman bin Hamad al-Khalifa, the Bahraini crown prince, called on Arab countries to reach out and communicate with Israel.

“Essentially, we have not done a good enough job demonstrating to Israelis how our initiative can form part of a peace between equals in a troubled land holy to three great faiths,” Shaikh al Khalifa wrote. He went on to criticize Arabs who wish to perpetuate the Israeli-Palestinian conflict so that Palestinian victims “can be manipulated as proxies.” The Bahraini leader also urged Arabs not to waste more time in waiting for Israelis to take the first step, calling this approach “small-minded.”

Samuel Lewis, a former American ambassador to Israel who was directly involved in the Israeli-Egyptian peace talks in the late 1970s, equated Shaikh al Khalifa’s article to peace gestures made by Egyptian president Anwar Sadat before signing the treaty with Israel. “This is exactly the kind of message that an Arab leader gives both to the United States while at the same time aiming at other Arab leaders,” Lewis said in a July 17 conference call organized by Israel Policy Forum.

But Bahrain is still a lone voice among Arab countries. Letters that Obama sent out in June to Arab leaders calling on them to be forthcoming in the peace process have remained largely unanswered. This prompted the president to state, in his meeting with Jewish leaders, that “there is not much courage” within the Arab leadership.

Experts argue that the roots of the disagreement with Saudi Arabia, considered a linchpin for progress, go deeper.

Jon Alterman, director of the Middle East program at the Center for Strategic and International Studies in Washington, said the Saudis are disappointed with many aspects of Obama’s policy: His drive for ending America’s dependency on foreign oil, the decision not to appoint a close confidant as ambassador to Saudi Arabia and choosing the route of diplomatic engagement with Iran. “There is a Saudi feeling that this administration does not recognize the importance of Saudi Arabia and does not appreciate them,” Alterman said.