Ultra-Orthodox Rabbis Begin To Question Their Own Insularity 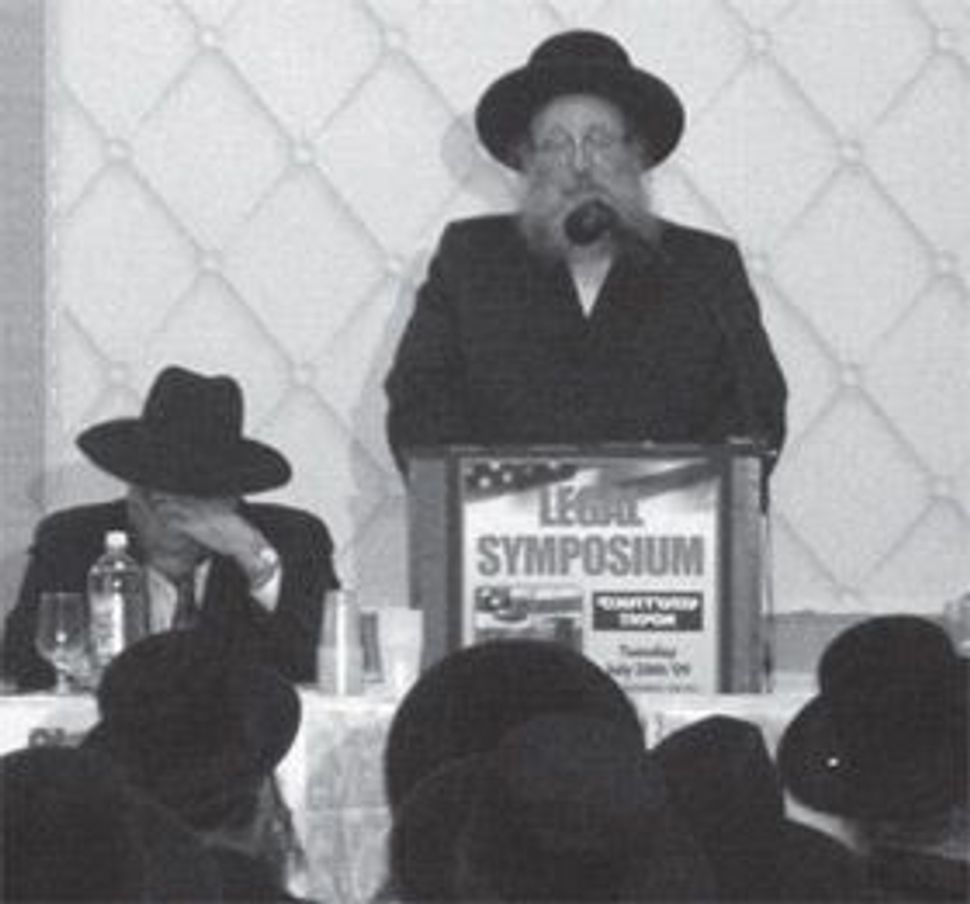 A “wake-up call” is how a number of ultra-Orthodox Jewish leaders are describing the recent arrest of several New York-area rabbis on federal money laundering charges. 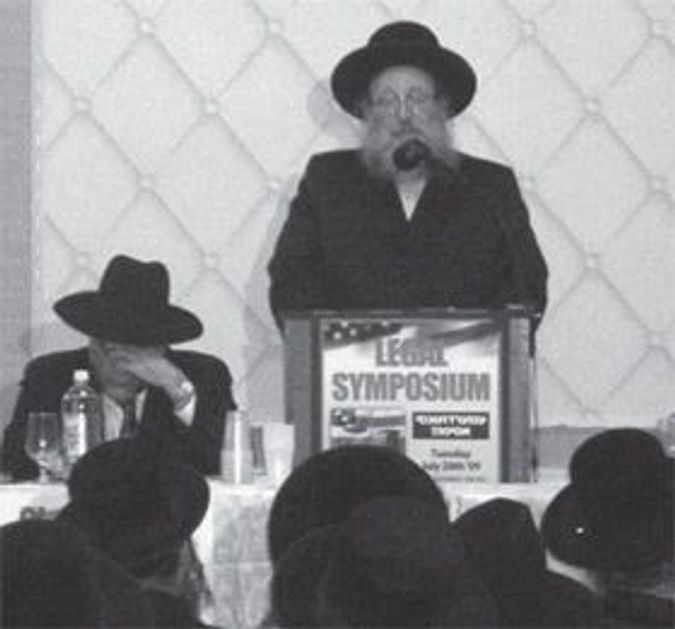 The clearest indication of the newly awakened state came at a public symposium on business ethics held in the middle of ultra-Orthodox Brooklyn just a few days after the arrests. Rabbi David Zwiebel, head of the main ultra-Orthodox umbrella organization, Agudath Israel, said that the event had not been on the schedule a week earlier. But the money laundering arrests reminded him and other leaders that the ultra-Orthodox, or Haredi, community was facing problems caused by the community’s famous insularity.

“There are a lot of benefits of insulating oneself from the broader culture around us, as we do,” Zweibel told the Forward. “But one of the costs of insularity is perhaps a lack of appreciation of the importance of compliance with secular law. That is a message that is important for people to hear.”

The July 23 arrests primarily hit members of the Syrian-Jewish community, some of whom are ultra-Orthodox and some who are not. But Haredi Jews outside the Syrian community were also arrested, and the broad nature of the arrests has clearly hit home. The July 28 event was hosted in the Boro Park neighborhood of Brooklyn, at the crossroads of many Haredi communities, and an overflow crowd of thousands packed the main building of the Vizhnitz community. The flier that went out to advertise the men-only event said it was “of utmost urgency that every individual in the community attend.”

Zweibel was not the only Haredi leader willing to assign some of the blame for the recent scandal on the Haredi culture. An editorial on the leading Haredi Web site, Voz Iz Neias, put the matter in strong terms. “The fault may partially lie with us and our system of education,” the editorial writer, Rabbi Yair Hoffman, wrote in his July 27 post.

During the event in Boro Park, the crowd was shocked when the Grand Rabbi of the Spinka sect, Naftali Tzvi Weisz, made a surprise appearance to deliver his own mea culpa. Weisz was arrested in 2007 in a separate money laundering case and this July pled guilty to the charges. Before heading off to his jail sentence, the rabbi gave an obviously emotional speech of contrition, first in Yiddish and then awkwardly-translated English.

This willingness to express self-criticism has come as a surprise to some longtime watchers of the Haredi world. Asher Lopatin, a Modern Orthodox rabbi in Chicago, has been critical of that culture after past controversies involving Haredi community members, and each time he came to expect the same response.

“These guys would basically say, ‘The world is antisemitic, and we have to look out for our own interest,’” Lopatin told the Forward.

Now, though, Lopatin says he has seen a new self-reflection among a group of Haredi leaders who have begun to recognize that the ultra-Orthodox world may shoulder some of the blame for its problems.

“There’s a little bit of self-awareness that we have not seen before, and that’s exciting. I was expecting business as usual,” Lopatin said.

One reason given for the bout of introspection was the timing of the money laundering arrests during the nine days that precede Tisha B’Av — a holiday commemorating the destruction of the Temple in Jerusalem and other historical calamities. The days before Tisha B’Av are traditionally dedicated to contemplation and self-reflection.

But the arrests also come in the wake of a string of embarrassing controversies for the ultra-Orthodox. Several months after the arrest of the Spinka Grand Rabbi and other members of the Spinka community, the Haredi owners of the kosher meat company Agriprocessors were arrested for bank fraud and immigration violations after the company was the subject of a massive immigration raid.

More recently, the ultra-Orthodox world was rived by a series of riots in Jerusalem that pitted Haredi youth against the Israeli police. An entry on the Web site Cross-Currents, which features a number of Haredi writers, summed up the burgeoning sense of shame.

“It has been an awful week, and an awful few months, and that places a growing obligation on us to change the direction,” Daniel Feldman, a rabbi at Yeshiva University, wrote in his July 28 post.

Certainly, not all Haredi authorities have joined this chorus of self-criticism. Outside the event in Boro Park, an older gentleman handed out pamphlets that accused the government of antisemitism in the arrest of the rabbis last week: “Had this been done to any other group in America — Christian pastors, Black preachers, Muslim imams, Catholic bishops — there would have been a huge outcry: “Racial Profiling, Bigotry, Entrapment…”

The pamphlet was signed by the Committee for Truth and Fairness in Media, though the man handing them out declined to identify himself or other members of the committee. As he spoke about why the committee was necessary, a crowd gathered around and a young man yelled out, “This is a blood libel!” Another said, “There’s a pogrom going on here!”

Similar convictions have been expressed in the Israeli Haredi press.

Many observers of the Haredi world also say that during the Sabbath after the arrests, numerous Haredi rabbis placed much of the blame for the situation not on the behavior of the arrested men, but rather on the Jewish businessman who served as an informant for the government, Solomon Dwek. Harry Maryles, a Modern Orthodox blogger in Chicago who has been a frequent critic of the Haredi world, wrote that “those who continue to complain about [Dwek] and say nothing about these criminal rabbis once again show just how pervasive is the idea that what these rabbis did wasn’t all that bad. What WAS too bad is that they were caught.”

Hoffman, who wrote the Voz Iz Neias editorial, said that one of the main things that the Haredi world needs to change is an antagonistic relationship to the secular world that has formed over years of being treated as a scapegoat.

“We’ve got to re-conceive our relationship to the country we’re in,” Hoffman, a rabbi on Long Island, told the Forward. “This is a beautiful country. Its laws are proper laws that are designed to help its citizenry, and we’re not dealing with a situation where Jews are necessarily the underdog — a situation that at times can contribute to a mindset of, ‘Let’s not necessarily observe the law.’”

“People are starting to feel that this stuff is not right,” Lopatin added. “In the past, it was all about getting cheap meat and looking out for ourselves. I think it’s permeating the Haredi world that it’s not right to cheat the government.”

Ultra-Orthodox Rabbis Begin To Question Their Own Insularity